President Lukashenko is expected to rig the results to secure a sixth term. Challenging him is a 37-year-old former English teacher who was a total unknown weeks ago but has galvanized the opposition.

Lukashenko has used his riot police to crack down on opposition supporters, grabbing many off the streets and jailing them. But his security services are also employing other tricks to suppress people’s voices, including disrupting internet access.

Here’s challenger Svetlana Tikhanovskaya last night encouraging Belarusians to vote and later to return to their polling stations as results are counted. She pleads with election commission officials not to falsify the results.  https://www.youtube.com/watch?v=l4LiDXrHRzE …

Key opposition websites and majority of social media platforms used to organize are blocked in Belarus.

Heavy police and even military presence around the capital, Minsk.

More images of that and further confirmation of social media access being blocked.

Belarus authorities are reporting more than 40% of voters cast ballots early, a number that observers say is highly improbable and suggests massive vote-rigging.

In some cities more than 50% of voters had cast ballots by 10:00am, election commission claims. 🧐 That seems very unlikely and would certainly be unprecedented.

Underdog Tikhanovskaya says seven people from her team have been detained by authorities. She went into hiding last night to avoid being jailed on Election Day.

It wouldn’t be an election in a former Soviet republic without food offerings. 💁🏻‍♂️

Wow. Check out this massive queue to vote at the embassy in Warsaw. A lot of young Belarusians and white and red flags, an historic flag and symbol of the opposition.

Here’s the queue to vote at the Embassy of Belarus in Moscow.

That’s quite a difference. Also, not only independent local observers, but international election monitors from the OSCE were also barred from observing the vote.

Dozens of foreign journalists, including myself (I’m writing from Kyiv), were denied accreditation from Belarus MFA or else never received responses. So much of the reporting is being done by and gathered from brave local sources on the ground working under immense pressure.

Some good points made in this thread by @BalazsJarabik:

A reminder that among the more than 1,300 people detained in Belarus on bogus charges during presidential campaigning in recent weeks is @me_vitali, a former campaign staffer for @BernieSanders and @BarackObama.  https://www.buzzfeednews.com/article/christopherm51/us-campaign-aide-jailed-belarus …

I’ve seen a lot of wild schemes to rig voting in Eastern European elections but this might take the cake.

You can bet those holding up ✌️✊❤️ at the polling stations for expats in Georgia aren’t casting ballots for Lukashenko.

Lukashenko on Tikhanovskaya and those in opposition to him: “They aren’t even worth repressing.”

Then why all the police and military vehicles, and the arrests of more than 1,300 people and barring candidates from running?

Check out this reception for Tikhanovskaya as she arrives to vote in Minsk. Crowd chanting her name, "Sveta! Sveta!" and "Well done!" Huge applause.

Veronika Tsepkalo did in fact leave Belarus but her husband Valery Tsepkalo, who was barred from running in today’s election and fled to Moscow then Kyiv, tells me she went to Moscow to vote safely there and be with her children for the day. She’ll return to Minsk soon.

Lukashenko is bringing the army to Minsk before polls close tonight in anticipation of protests following what people believe will likely be rigged results. Here are two tanks on truck beds. 😳

More military seen here around Minsk this afternoon. Massive security pretense in the Belarusian capital. An ominous sign of what’s to come tonight.

The queue to vote at the Belarusian embassy in London earlier.

Interesting. As reported earlier, Belarusian authorities are doing their darnedest to shut down the internet and social media. But Slack is seems to be working the best for users trying to share info.

Have a look at this detention in Minsk. Hand on the throat before being dragged into an unmarked van.

So... Lukashenko gets almost 80% of all votes, with Tikhanovskaya, who led a massive opposition movement never before seen in Belarus, getting less than 7%, according to official exit polls. Nobody will believe this is accurate.

Brutal crackdown by police and security services. A blatantly falsified election. The biggest opposition movement in the country’s history. And Belarusian TV is airing a program about a badger. I suppose this is its version of Swan Lake.

The scene outside of the Embassy of Belarus here in Kyiv right now. Belarusians protesting what they say are rigged election results and demanding a true count. Everyone here backs Tikhanovskaya and the opposition. Roughly 60 people, as well as some media and police. Peaceful. 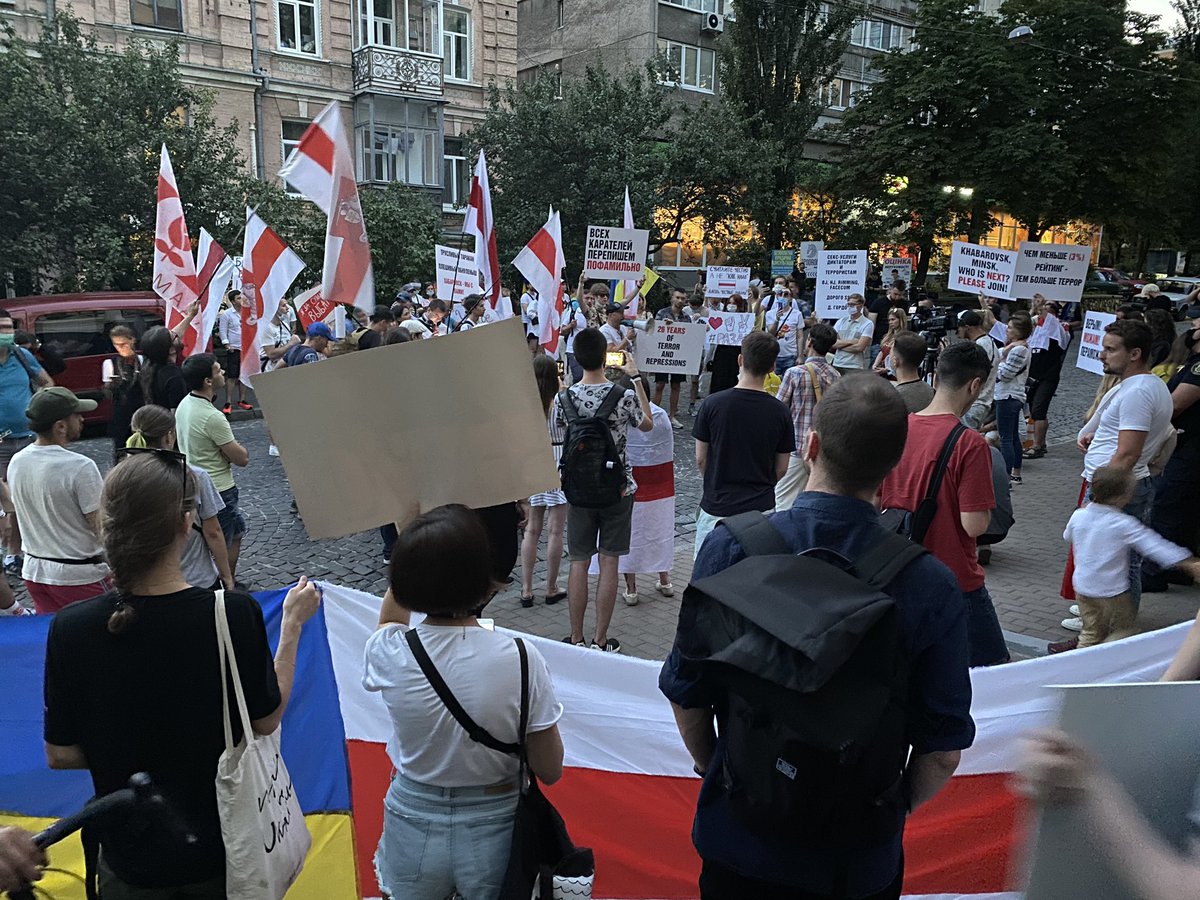 Belarusians here calling on Russians to also rise up and for the West to pay attention. 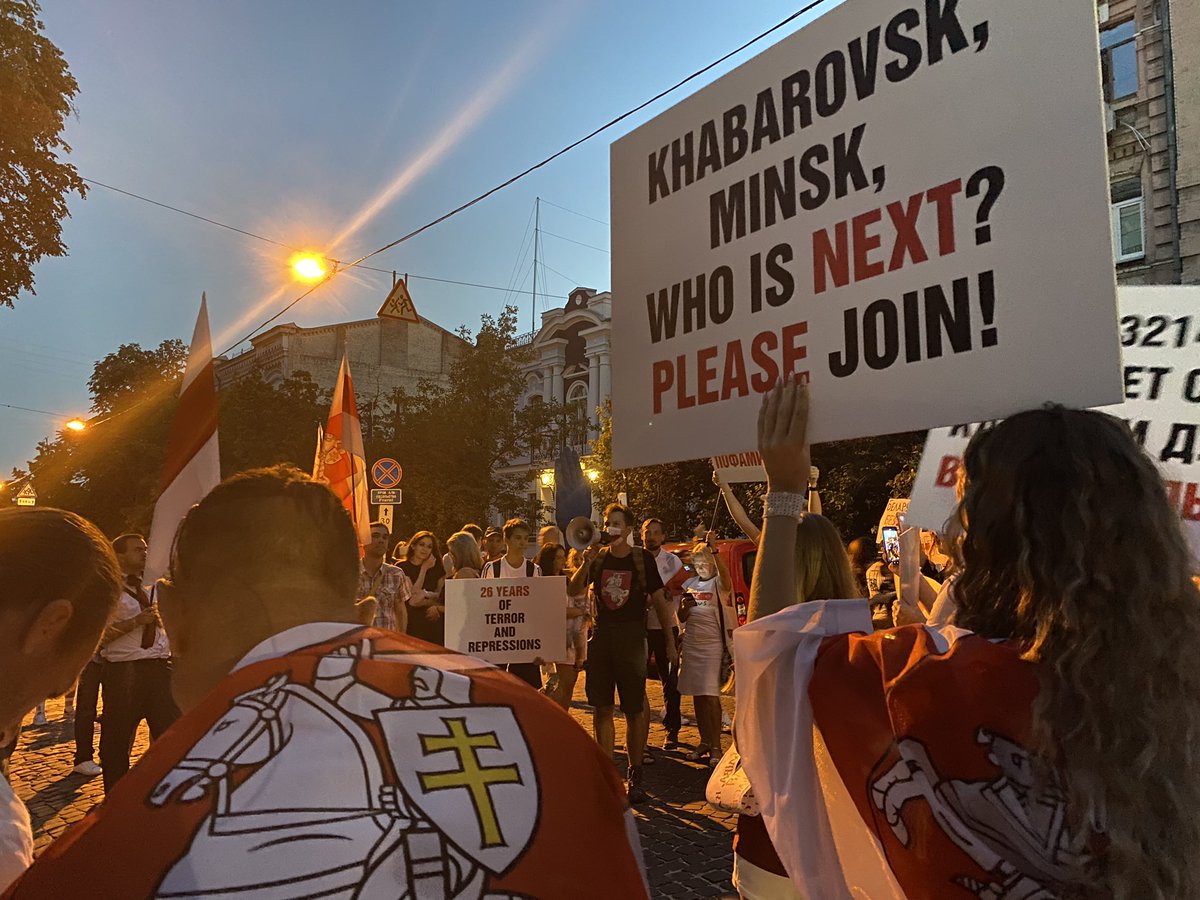 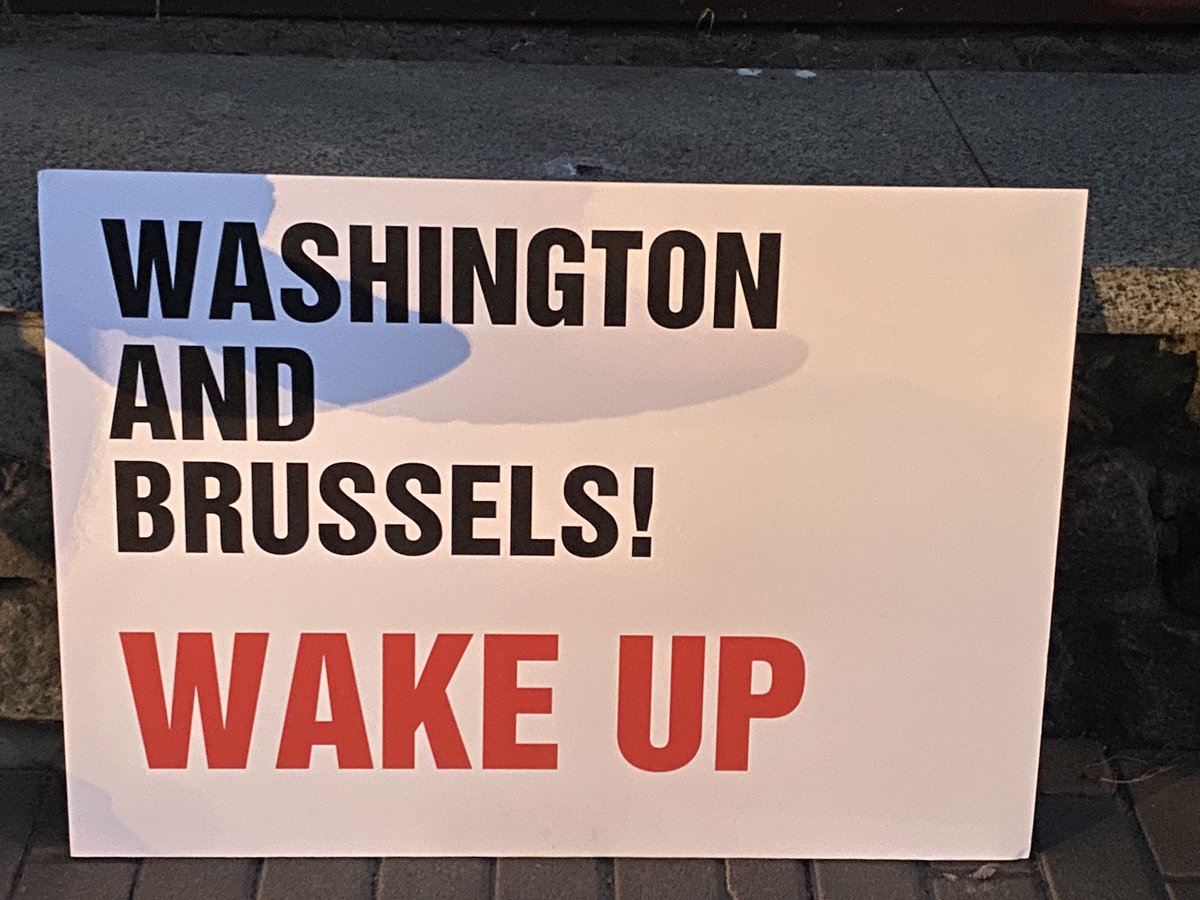 Seems likely that Tikhanovskaya took the expat vote handily everywhere. Results in Moscow are pretty much the “official” results flipped in her favor.