NEW: I just received a statement from Vitali Shkliarov, the former Sanders and Obama campaign staffer who remains jailed in Belarus, via his lawyer.

Full statement in Russian below. I'll translate some into English. 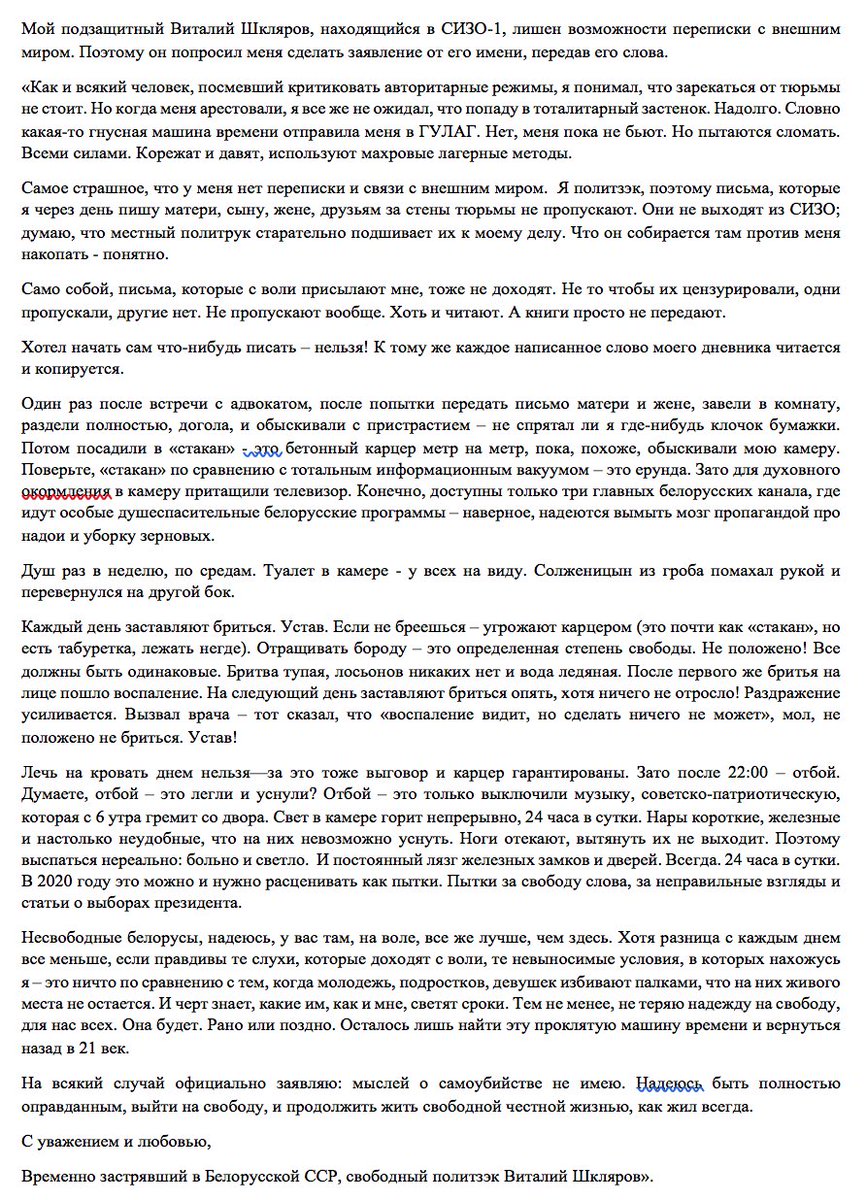 Shkliarov likens being in jail to going back in a time machine to the gulag. "They try to break me using all means," he says.

Shkliarov says "The most terrible thing is that I have no correspondence and communication with the outside world. I'm a political prisoner, so the letters I write to my mother, son, wife, friends every other day are not allowed outside." He thinks they are saved for his trial.

He also can't receive letters; anything he writes for himself is copied. "Once, after meeting with a lawyer...trying to hand over a letter to my mother and wife, they took me into a room, stripped me naked and searched me to see if I had hidden a piece of paper somewhere."

He's also been put in a "punishment cell" at times but also been granted access to a TV "for spiritual nourishment," he quips. "Of course, only three main Belarusian channels are available."

Shkliarov says he's only allowed a shower once a week on Wednesdays. "The toilet in the cell is in plain sight." He says he's forced to shave every day with a dull razor and no cream or else he's punished and thrown into a solitary cell. There is only cold water.

It's hard to sleep with the lights on 24 hours a day. He also can't lie down on his bunk during the day or he's punished. He says what he's going through is "torture."

Still, he says "if the rumors that come from the outside are true, the unbearable conditions in which I find myself are nothing compared to when young people, teenagers, girls who are being beaten with batons," in a reference to the abuse by Belarusian riot police.

He says he has no thoughts of suicide and hopes to be released soon. He signs off saying, "Vitali Shkliarov, temporarily stuck in the Belarusian SSR."