Volume 5 of Senate Intelligence Committee's report on Russian interference suggests a closer connection than previously known between Manafort and Russia's hack-and-leak operation, and it states outright that Kilimnik is "a Russian intelligence officer."  https://www.intelligence.senate.gov/sites/default/files/documents/report_volume5.pdf …

Konstantin Kilimnik is mentioned 809 times in the report.

"The Committee obtained some information suggesting Kilimnik may have been connected to the GRU's hack and leak operation targeting the 2016 U.S. election."

I met and spoke to Kilimnik extensively about Russia and Ukraine on several occasions, and about his alleged ties to Russian intel. Here are some of those interviews:
https://www.rferl.org/a/paul-manafort-konstantin-kilimnik-trump-campaign-ukraine/28326123.html …

We spoke as recently as last fall:  https://www.buzzfeednews.com/article/christopherm51/kilimnik-impeachment-inquiry-fiona-hill …

My aforementioned interviews with Kilimnik are cited in the Senate Intelligence Committee's report.

While there isn't so much that's new in the report, there are certainly some things that are being stated unambiguously as fact for the first time. Kilimnik assessed as a "Russian intelligence officer" being one. Another being Putin's role in the hack-and-leak operation.

According to the Senate Intel Committee, @PBaranenko is Kilimnik's alias on Twitter after he deleted his personal account back around 2017. Little did I know he was following and interacting with me for years. He told me he had an anonymous account but didn't share the handle. 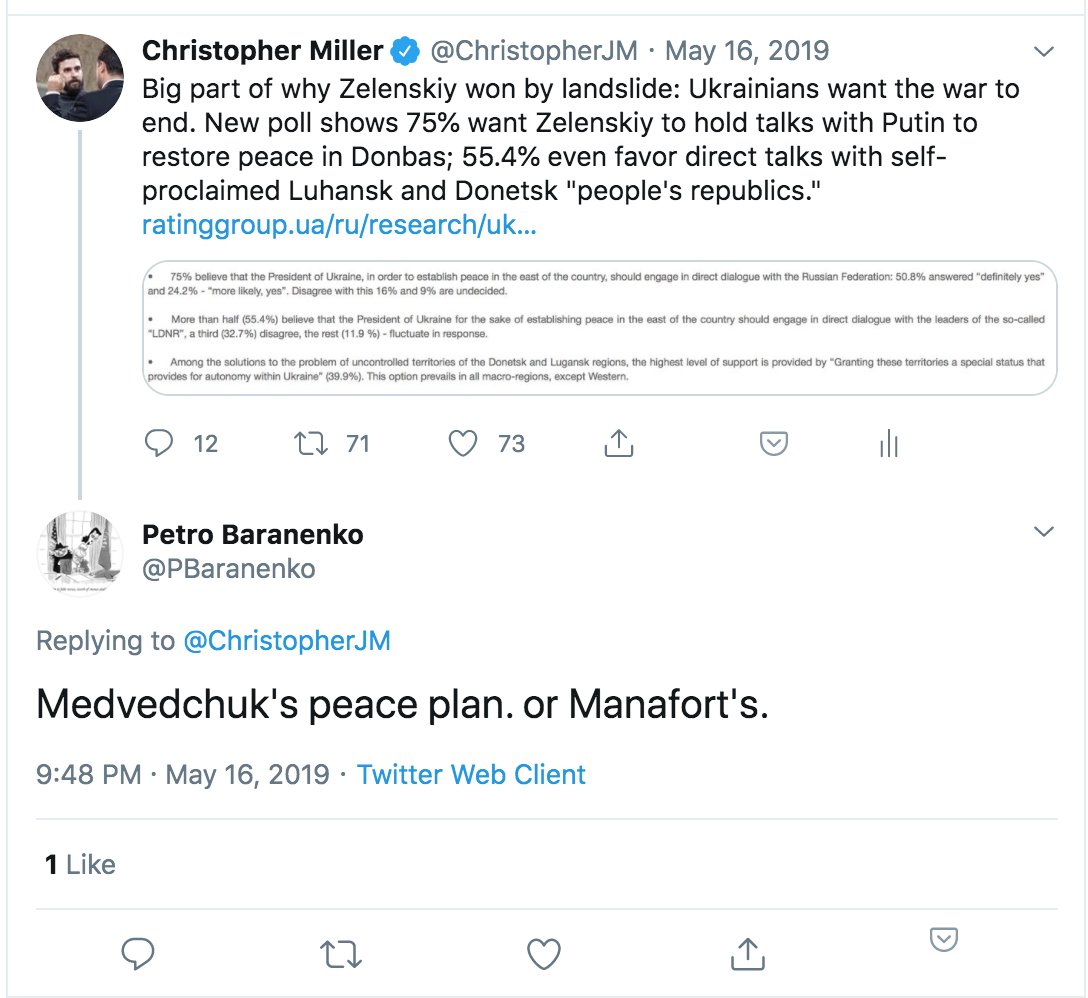 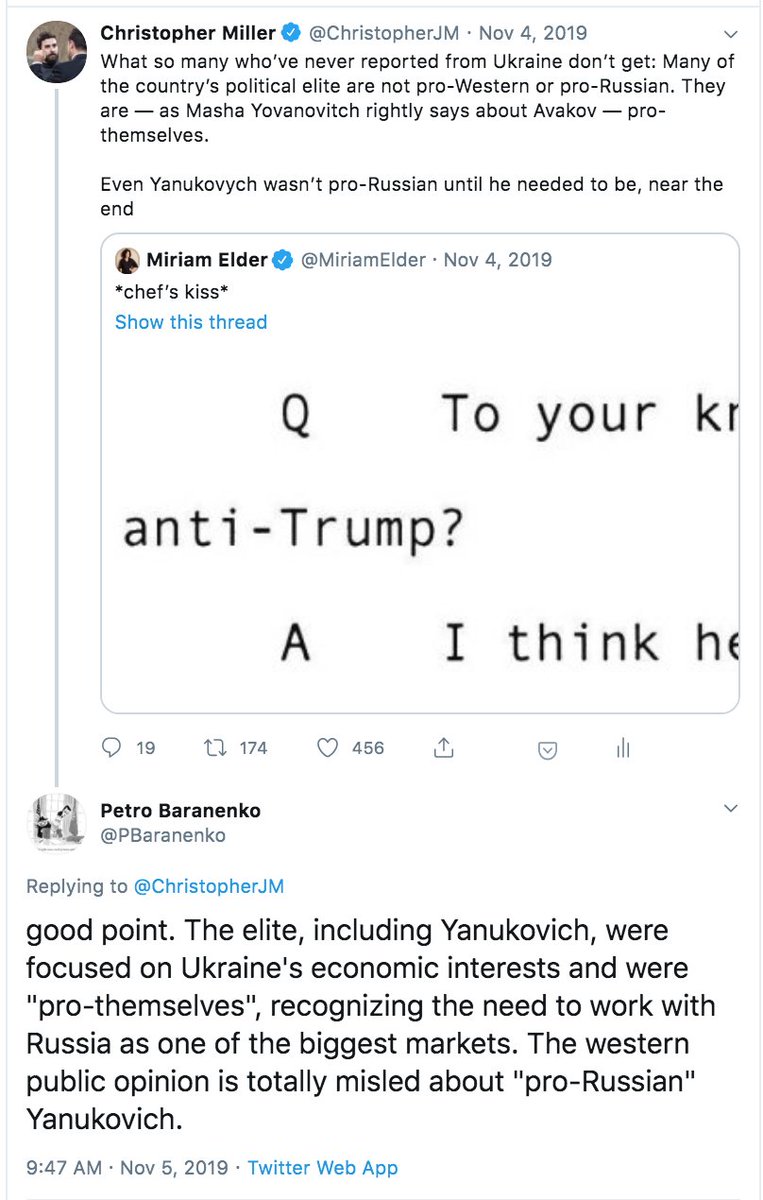 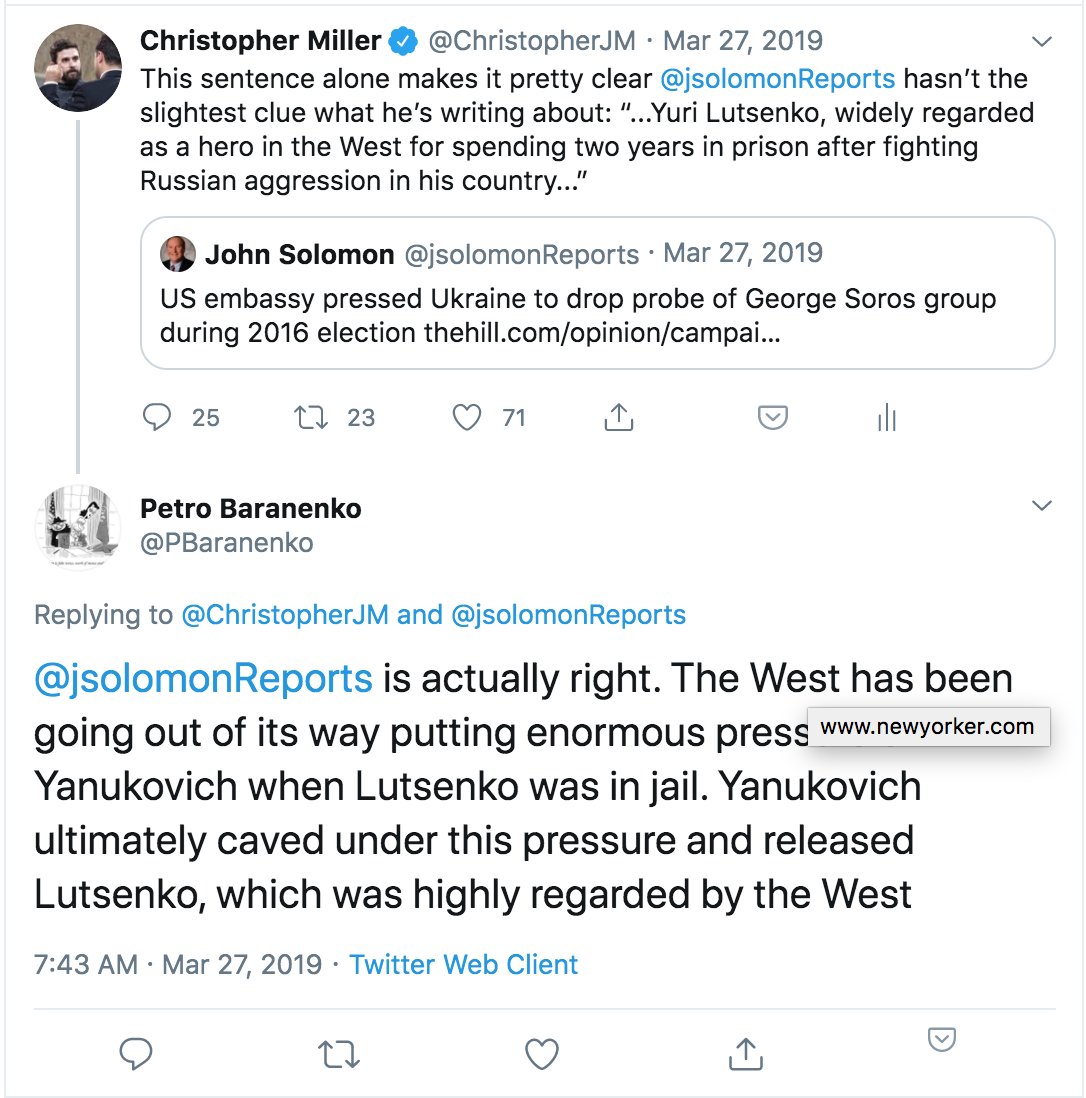 And check out the avatar of Kilimnik, who the Senate Intel Committee says unequivocally is "a Russian intelligence officer." FWIW, he's always maintained to me that he's not a Russian spy. Of course, that's what a Russian spy would say. 🕵️‍♂️ 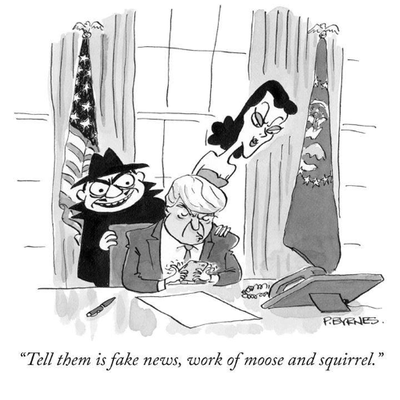 Skimming his alias/burner account, Kilimnik was an avid reader of my tweets and reporting, including my piece for @BuzzFeedNews about @RudyGiuliani’s visit to Kyiv in December. 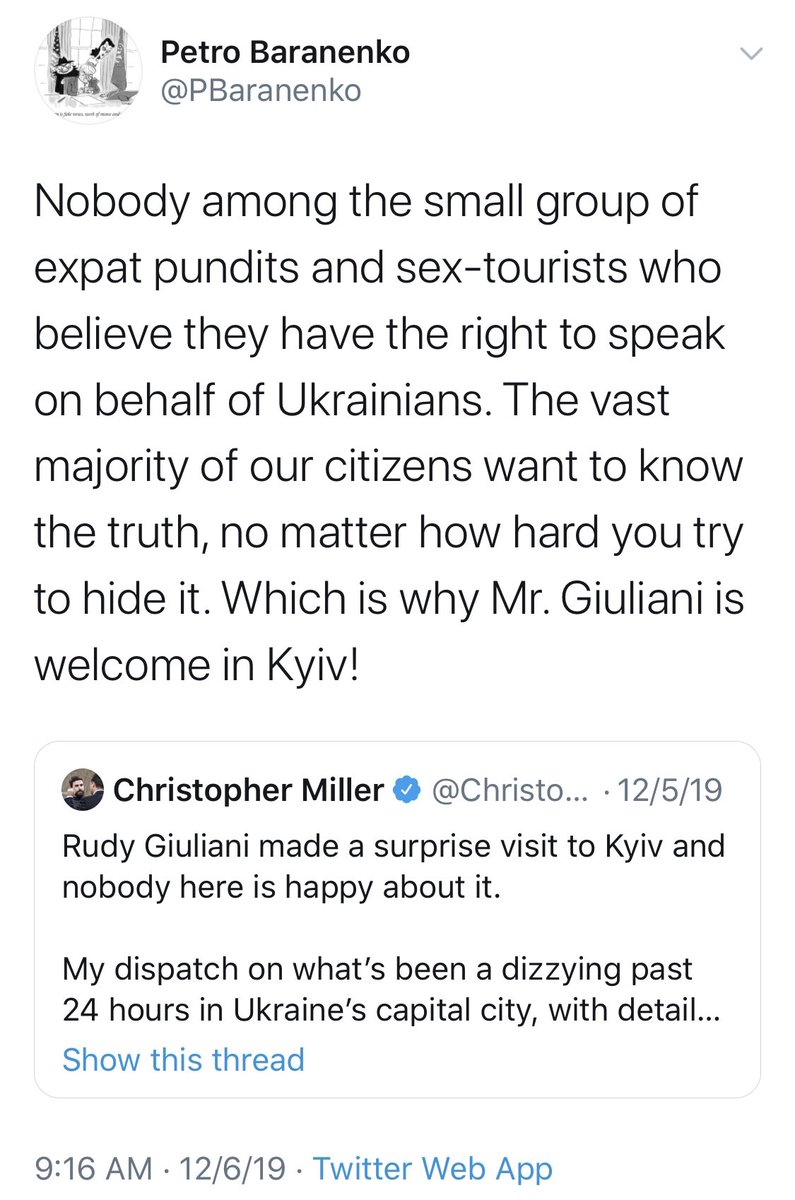