I am angry, despairing, alarmed & ashamed. The sheer depth of investigation & extent of material that relates to UK is overwhelming. This is volume 5. It has 966 pages! Compare it to tumbleweed here. Think of lengths Johnson went to suppress #RussiaReport. Words really do fail

I'm going to come back to this tomorrow. But there are some really really big takeaways already: 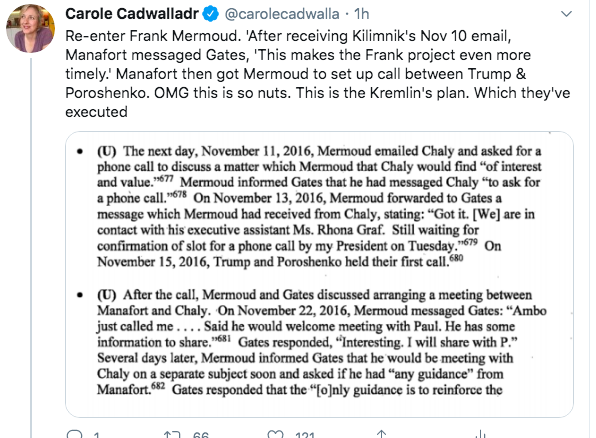 2) Paul Manafort passed polling data to Kilimnik, a Russian agent, including detailed strategy for battleground states & tactics. The data was processed by Cambridge Analytica. Manafort & Kilimnik considered it to be of crucial importance 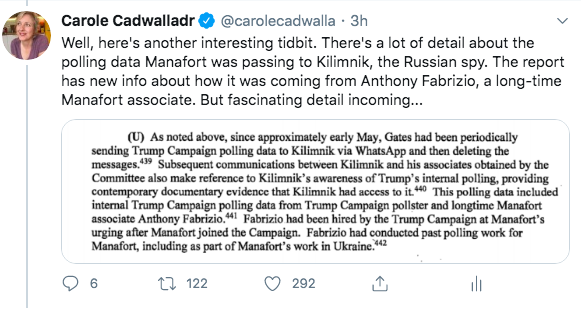 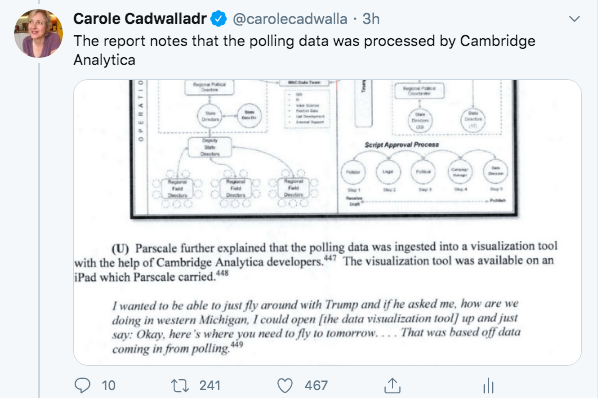 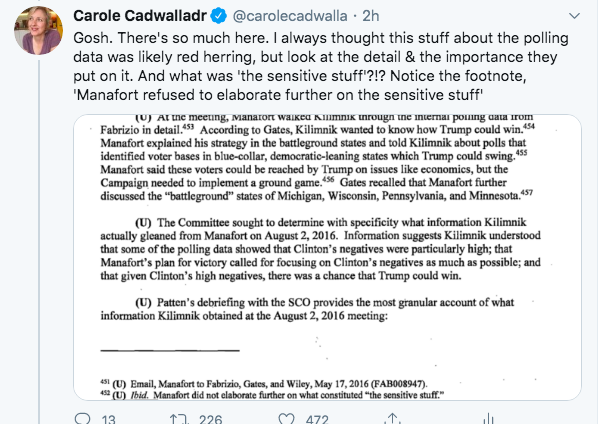 4) London is at the centre of so many of these threads. We’ve known this so long. Wikileaks was GRU’s back door into bloodstream of the campaign. But report is also damning, damning, damning on Deripaska. Who has operated at heart of British establishment with impunity for years