California's fires are *not* "unprecedented"

Fires have declined 80% since

This viral tweet with 7.5k retweets by @dwallacewells claiming that fires have destroyed ancient redwoods is misinformation

David, you should delete it, apologize, and come camping with me in our redwoods so you can learn some basic forest ecology

According to scientists, 4.4M acres/year of Calif. burned before the arrival of Europeans

The annual area burned has declined over 80%

Fire is often good not bad! 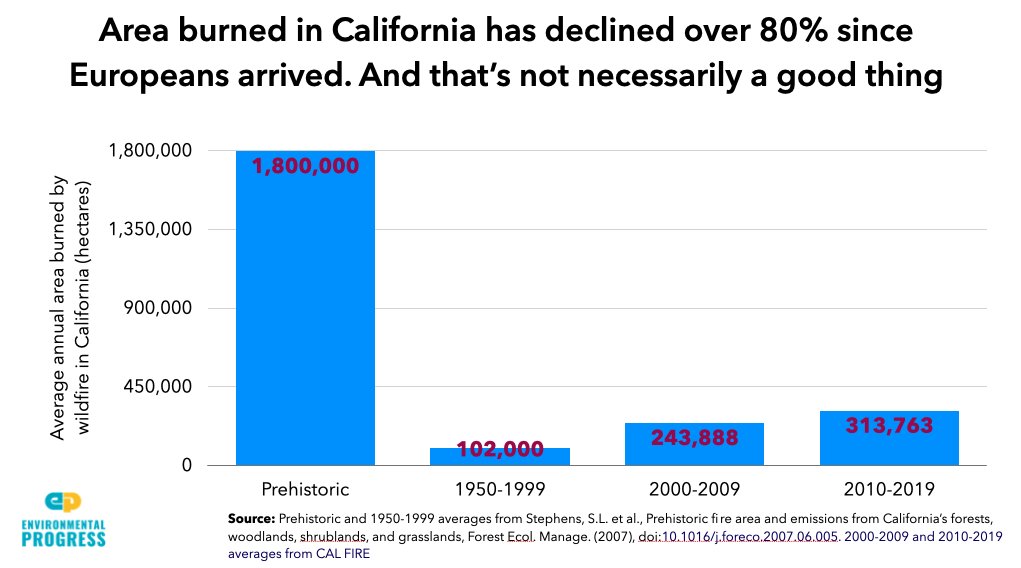 - made California's electricity prices rise 6x more than the rest of the U.S.

Me on TV @SkyNewsAust

Every school child who has visited one of our redwood parks knows from reading the signs at the visitor’s center, and in front of the trailheads, that old-growth redwood forests need fire to survive and thrive.

Heat from fire is required for the release and germination of redwood seeds, and to burn up the woody debris on the forest floor. The thick bark on old-growth redwood trees provides evidence of many past fires.

What was burned up was the visitor’s center and other park infrastructure.

Just look at these photos.

One of the burning logs was clearly cut down already!

Redwood forests not only survive fire, they need it!

California reporters have done a far better job so far 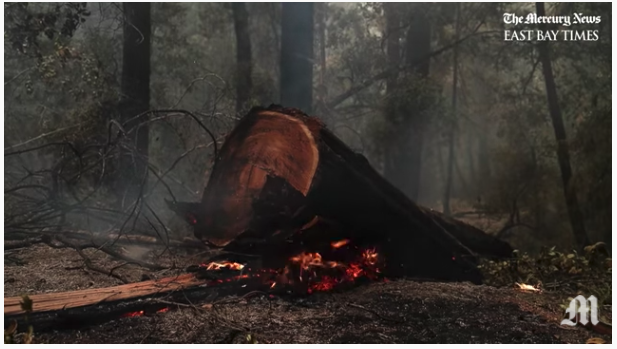 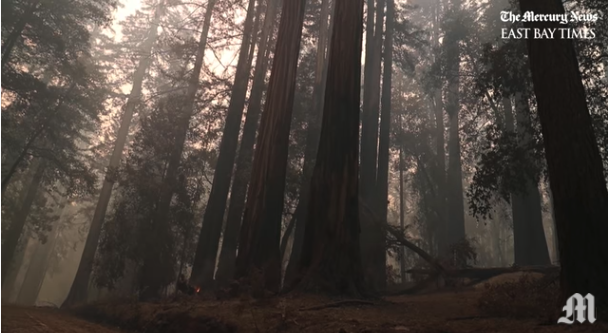 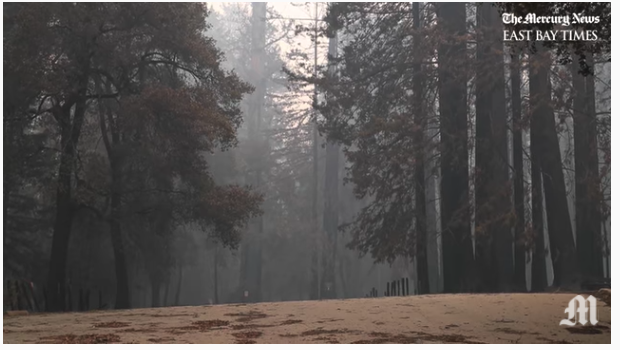 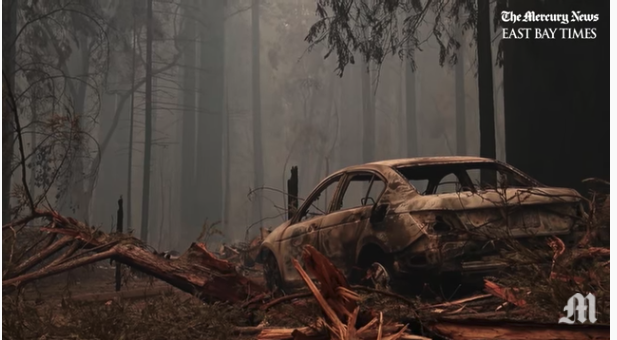 “I see [the current California fires] as a normal event, just not one that happens every year,” Jon Keeley, a leading forest scientist, told me.

“On July 30, 2008, we had massive fires throughout northern California due to a series of lightning fires in the middle of the summer," said Keeley. "It’s not an annual event, but it’s not an unusual event.”

California’s fires should indeed serve as a warning to the public, but not that climate change is causing the apocalypse.

Rather, it should serve as a warning that mainstream journalists and politicians cannot be trusted to tell the truth about climate change and fires.

Climate activists who in the winter excoriate those, like Senator James Inhofe, for pointing to snow as proof that global warming isn’t happening, turn around and point to summer fires as proof that it is.

“In my [five years] as a Californian,” wrote @leahstokes @TheAtlantic

“I’ve seen a years-long drought. I’ve evacuated my home as a wildfire closed in. I’ve lived through unprecedented heat waves…. that climate is no more.”

“The idea that fire is somehow new,” said geographer @PaulRobbins15 of the University of Wisconsin, “a product solely of climate change, and part of a moral crusade for the soul of the nation, borders on the insane.”

Will you please correct it?