As a European, I'm getting increasingly tired of American influence, from media, politics, work & lifestyle etc. It is overwhelming how much input is coming from US when it doesn't relate to my experience / life / context day to day.
At this moment there is no way to filter it.

Imagine if Americans mostly received the news, opinions, entertainment, music & such from let's say French, about France and French experiences. No matter what channel you entered, media format, or room.

I say this as someone who lived, worked & studied in the States. I know quite a bit about life there & would even say share major cultural connections from early age. But at the same time it is stripping me from having autonomy over my own identity.

It's nothing on the American people, this goes beyond them, to be clear. The whole machine functions to center around American experience even if you have absolutely no connection to it and it has been imposed on us via tv, politics, internet & other.

I want to be free from it, so I can choose how much I interact with external issues. It's not possible. There is no way to "dose it". The good, the bad. I know more about US political & judicial system than EU, than my own country. And that's on repetition & push of content.

My issue is primarily on the erasure of my Balkan, Croatian & European context. It gets trampled no matter where you are with US point of view. It's not the highlight reel, we get down to small details what's happening in the States.

I have lived in over 10 countries for significant periods of time. This issue is consistent with some small differences in intensity. It is exhausting, as a different country citizen, be force fed another countries minute by minute feed.

I am one step from making a damn widget to filter out American news, stories, entertainment, to get a damn break from time to time. Also Google doesn't let us live! Even if I search for things in my language I still get americanised content.

I'm not trying to offend my dear Americans, I'm sure many are not even aware how much their media penetrates around the world. It's to the point that manyyoung children speak better english than their own mother tounge, know celebrities & characters that are mostly American.

Also there is a lot of subtle signaling of value systems within local news articles, positioning US world view into certain contexts when combined with entertainment machine that feeds the interest, or at least directs us where we should look.

I feel it is time to reclaim our narrative, from arts, entertainment, politics, celebrities, scientist, values etc. I would love to be served more info on fellow EU countries, to get more connected overall.

We need to reclaim our #context and #opporunity framework which differs massively in Europe from the US.

"USA" lifestyle shouldn't be our goal as we don't have the same systems AT ALL. But what happens when you grow a generation on MTV Cribs, Kardashians, US politics etc?

You end up having citizens who know less about their own origin & local, and who dream of the "illusive American Dream", which doesn't even exist.

One intrusive example is "salary talk".

EU & US don't have same salaries or work systems / mentalities. It's not helpful to tell someone in Europe they are underpaid with from the USA point of view when literally there is nothing in common with our work lifestyles.

And to be clear, this is not about follow unfollow, curation of news or streamlining sources. I am talking about use of US as a reference country to model others against.
https://books.openedition.org/irhis/1935?lang=en …

It is about why kids like McDonalds over a local chain? Why we drink more coca cola and not Pipi Naranca? Why local MTV shows mostly US artists & not local? Why our politicians use english phrases when describing processes & not local words? Etc etc etc

Americansation became synonimous with globalisation, but in that process it is also stripping away identities through corporate plans to overtake as many markets as possible & unify messaging.  http://ieg-ego.eu/en/threads/models-and-stereotypes/model-america/susanne-hilger-the-americanisation-of-the-european-economy-after-1880#OutlookAmericanisationandGlobalisation …

If escape is only possible by removing yourself from everything, then the system is broken.

From Wikipedia, here is a good historic overview of what I am talking about:  https://en.m.wikipedia.org/wiki/Americanization …

And for those in the back: THE BALKANS ARE IN EUROPE THE CONTINENT BUT ALSO HAVE VERY DIFFERENT HISTORY / POWER STRUCTURE COMPARING TO WEST EUROPE SO PLEASE STOP ASSUMING EUROPE IS ONLY UK, FRANCE, GERMANY etc. I AM BALKAN.

Here is some laughs (& context). This is basically what a Nigerian man said about my own home town Split on Twitter when he came to visit. It made its way into local news 😂European is not just British, French, German experience. There is also us 😭. 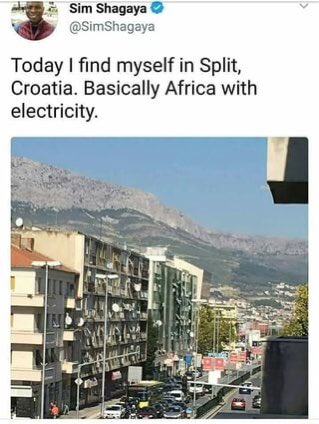 This thread is to highlight complex process of americanisation that has affectedd european continent and in particular Balkans & is causing identity issues, loss of cultural autonomy, priority of own stories & representation. Our worth is stripped away.

Current Twitter trending in my home country Croatia. Seriously, why? 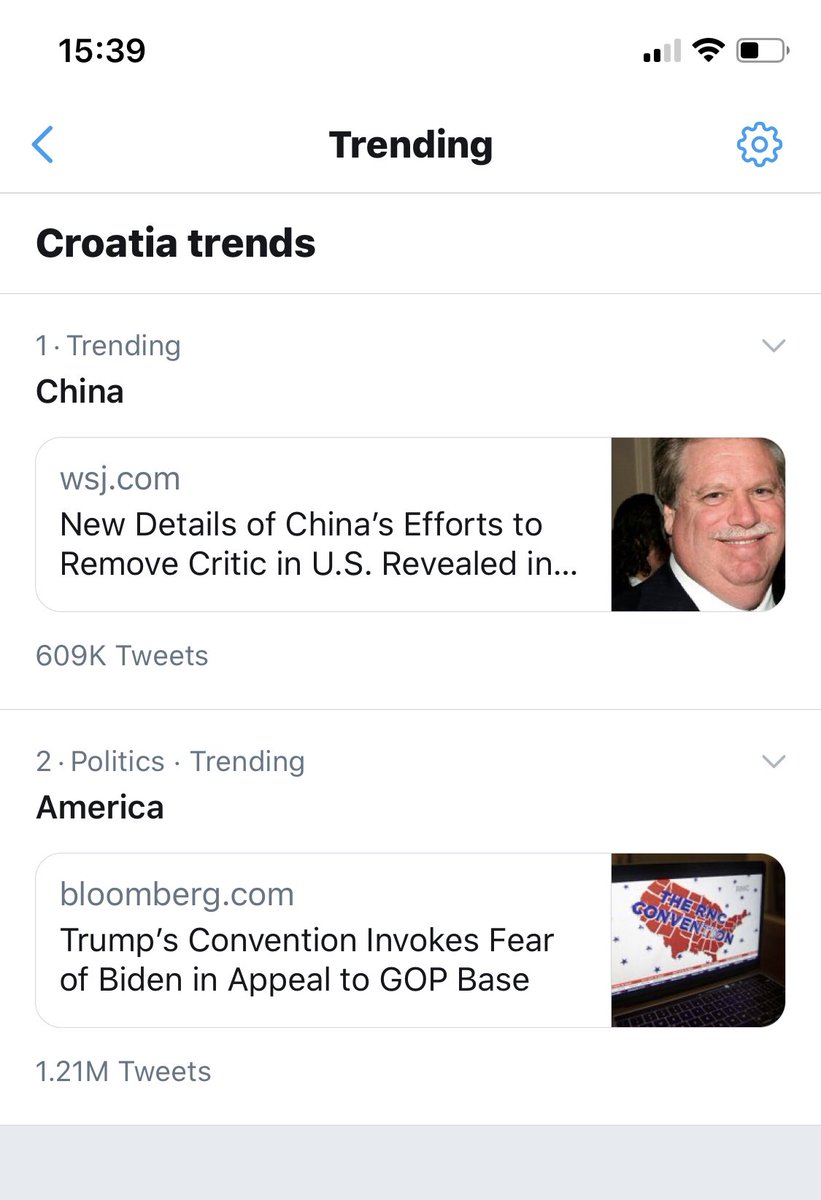 And yes, for the racist dropping in now who are using my support of Black Lives Matter to invalidate my personal experience & valid points about americanization - bias towards black people is a global issue. I can support the movement & still be against americanization.