Bit baffled by this. None of us knew he was missing. Also, what operation? Also, you’re reporting this not as rumour or a ‘source’ but as fact meaning..it’s confirmed? From number 10? You went to them or it was deliberately leaked? If so, why without attribution? Why now?

Not my intention to be rude, FYI. It just seems like we’re only getting half the facts here. You must have asked, ‘what kind of op?’ Unless you already knew? If you don’t know, fine. And if you know & are not divulging for privacy reasons, fine. But can’t you say which? 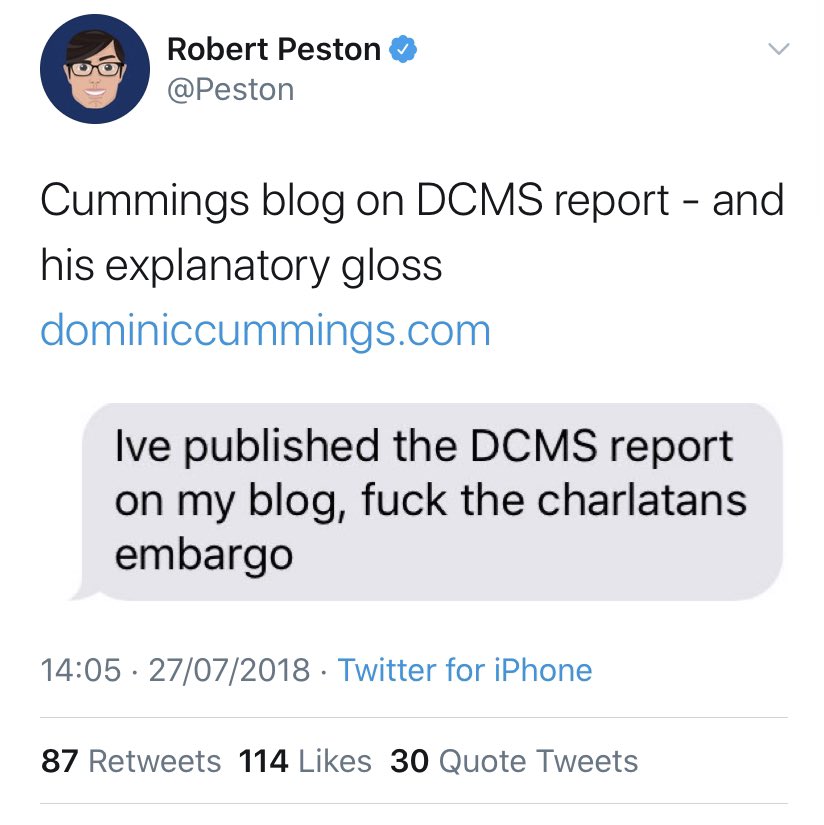 Oh I see. You really do have special access to his movements, frame of mind, discussions with the PM, thinking & promises made to his wife. All of which is stated as fact. And none of which is sourced. Is there..some sort of pattern, here, Robert?

I really didn’t mean to end up here. But here we are. I wish we knew who was responsible for this catastrophic policy that led to 10s of 1000s of deaths. I wish we could hold them to account to ensure it won’t happen again. And I really really wish you would tell us what you know

Et tu, Robert? The failure to report on Vote Leave’s electoral fraud is one of the reasons we’re in this mess. The way that Vote Leave were able to exploit the lobby to challenge the findings of the official regulator remain a weeping sore on what’s left of our democracy 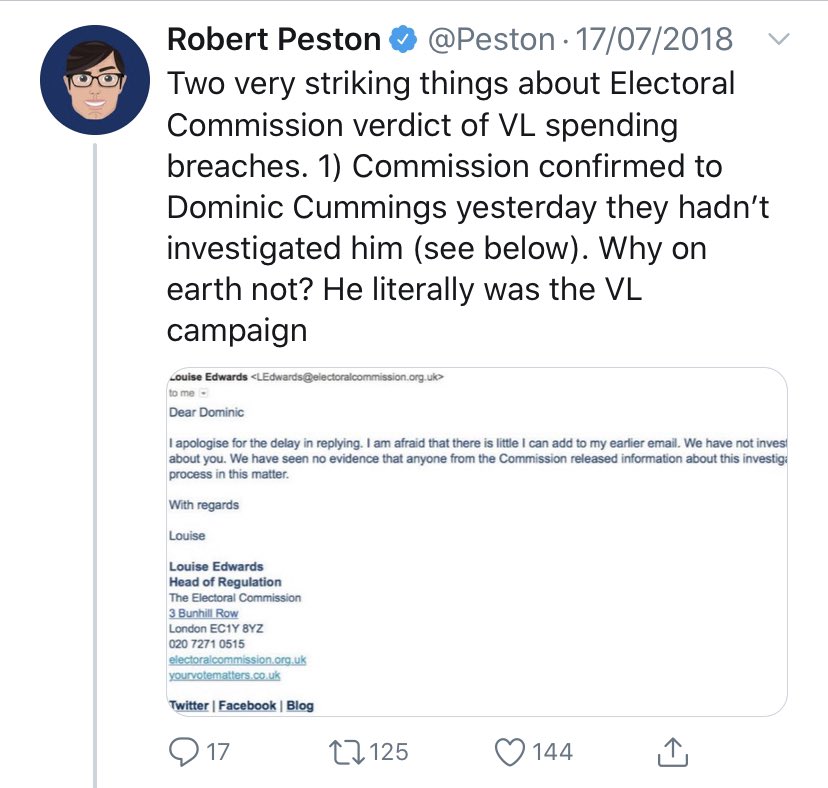 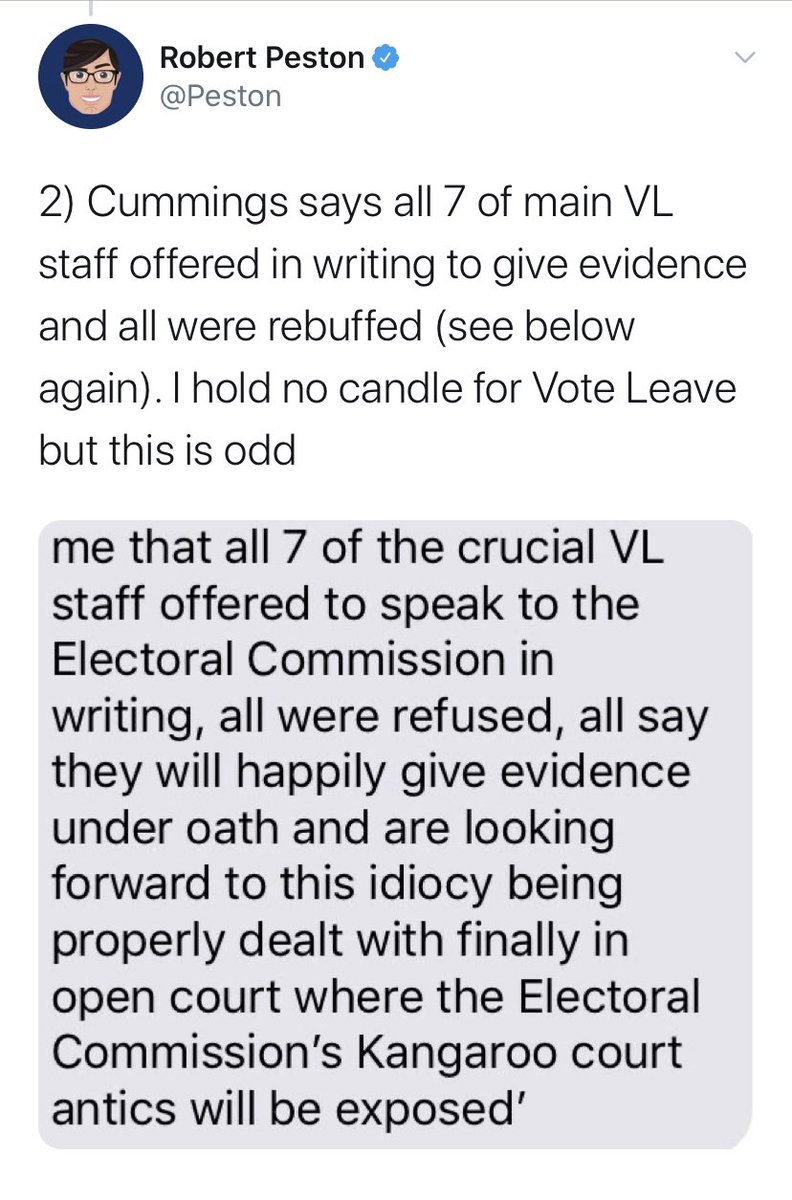 Oh. Jesus. You’re kidding? A tour de force?!? Cummings disputing the findings of the official regulator. And..drum roll... slagging off ‘Carole’s conspiracy theories’ !! How extraordinary for this thread to end up here..my god 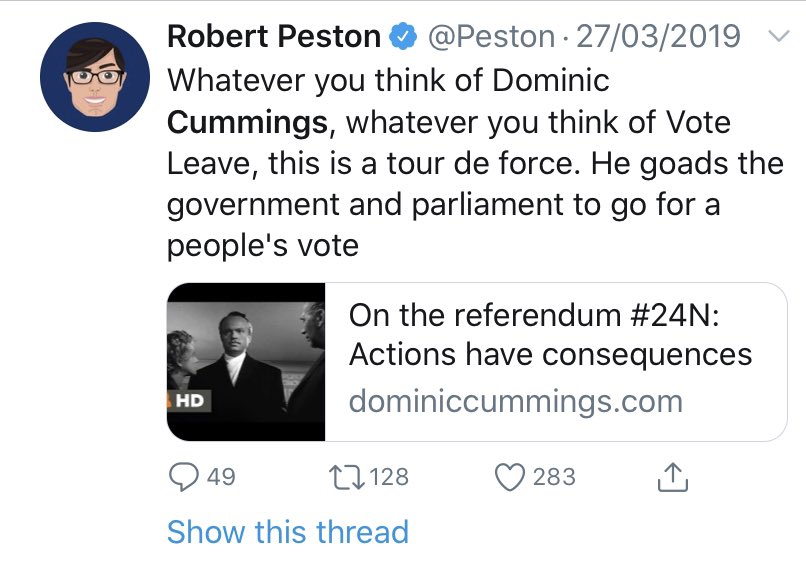 This isn’t a tour de force. It’s a manifesto for breaking the law & treating him as a ‘source’ is in total conflict with holding him to account. I started thread because genuinely confused by wording of tweet. Much less confused now. Much more dismayed
https://dominiccummings.com/2019/03/27/on-the-referendum-24n-actions-have-consequences/ …