When @christinezhang joined the FT as our US elections data reporter, this is exactly the kind of piece I was excited to see:

2 big differences between 2016 and today:

1) As the link between US education levels and partisanship has grown, it's become vital for pollsters to weight by education.

Most didn't do this in 2016, but are doing now, so the same Biden lead today would have looked larger in 2016 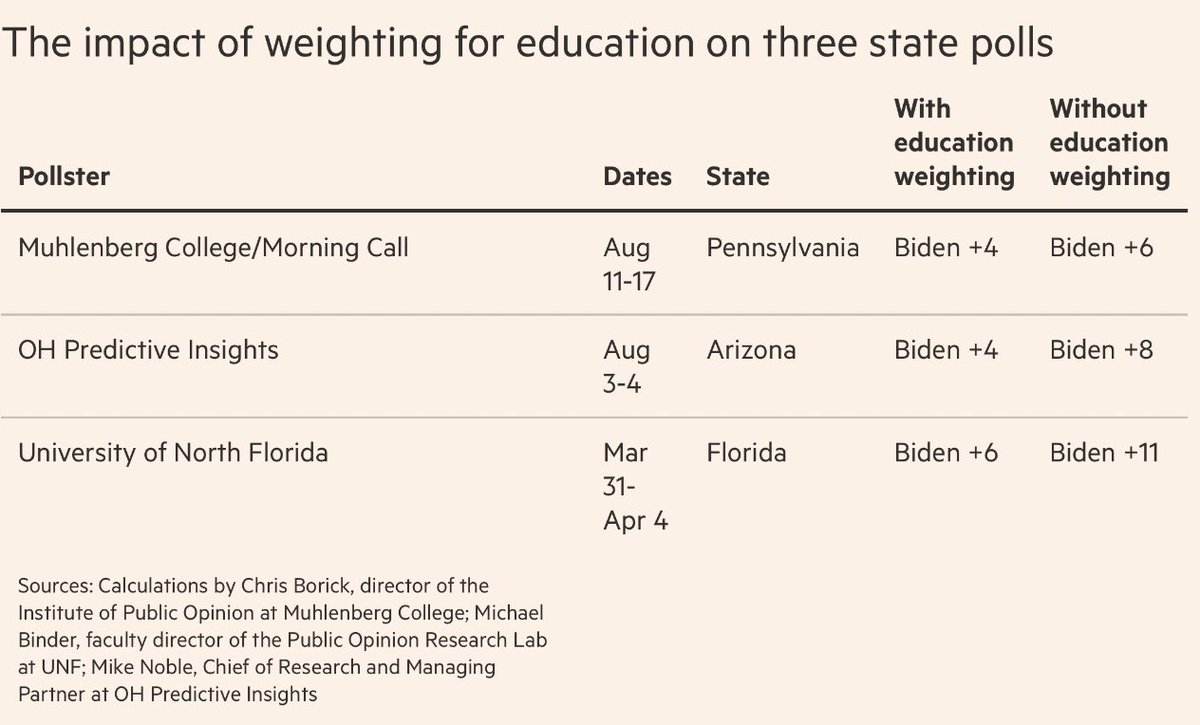 Here's a more detailed example: there was little to no partisan slant of education before 2016, but in 2012 the gap opened up, so new edu-weighted methods (pink) now give consistently smaller Dem leads than old methods (green) 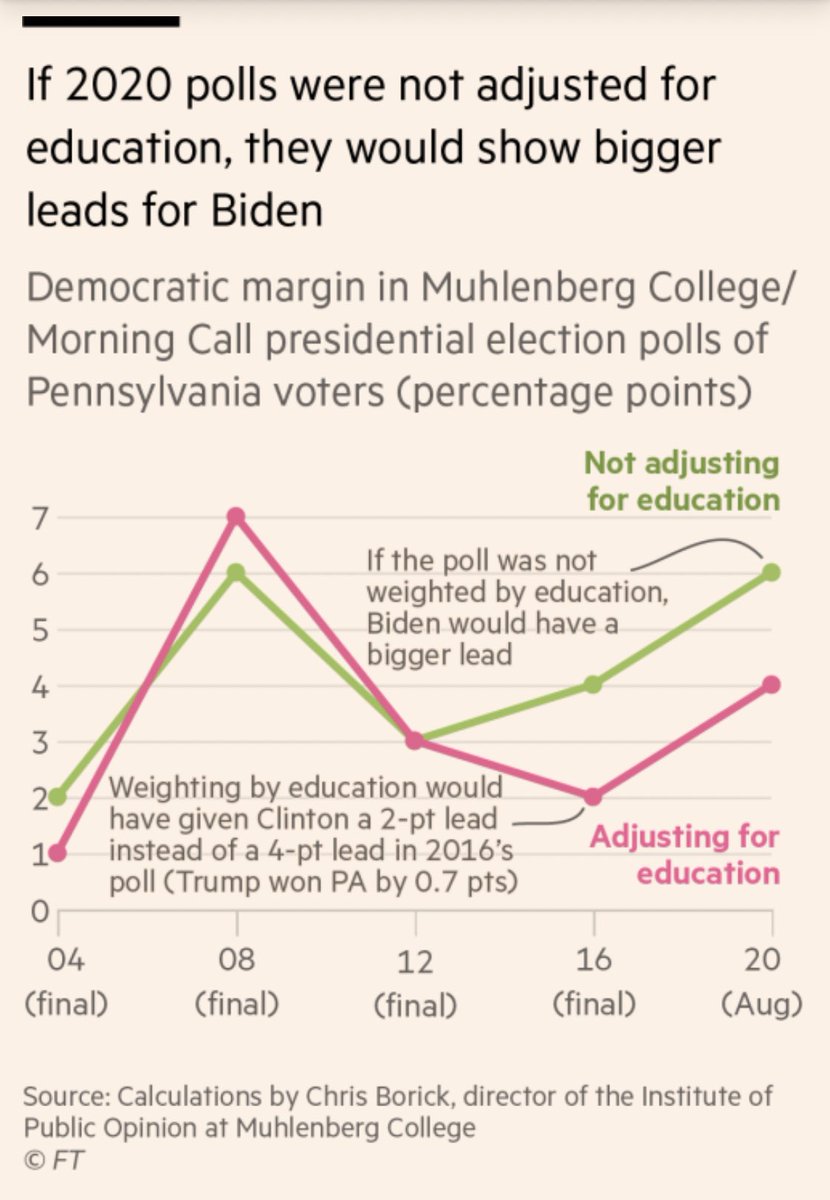 And 2) with Trump now a known quantity, there are far fewer undecided voters at this stage of the race than last time around.

This means there's a lot less slack in the system to move polls considerably between now and election day from where they currently are. 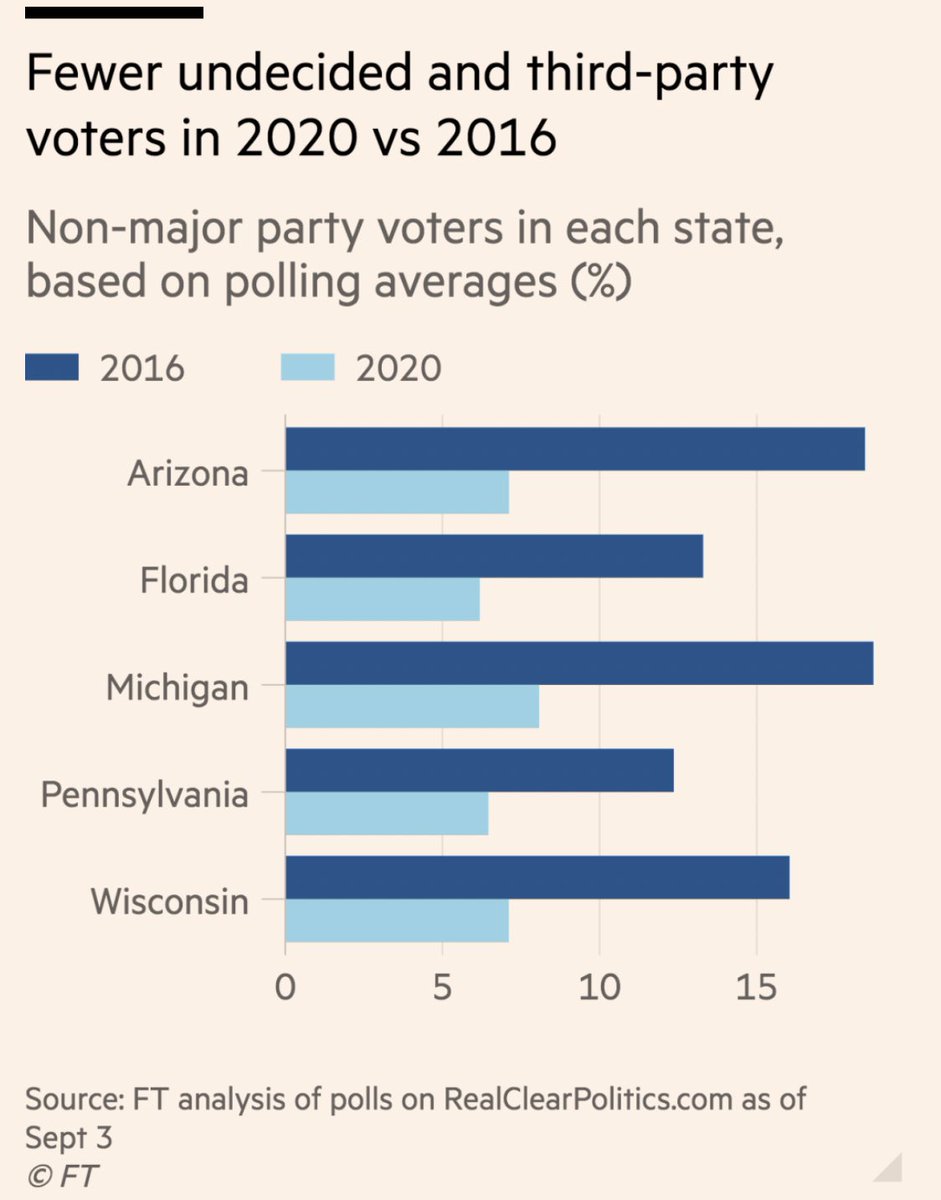