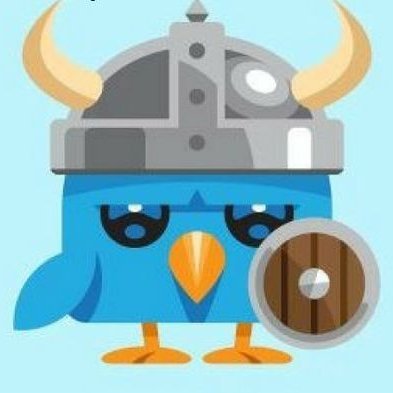 1/
Donald Trump has ordered the removal of Critical Race Theory from all Federal Government Agencies.

Critical Race Theory may look like harmless sensitivity training, but in fact it's the racial branch of woke ideology, and it is poison. 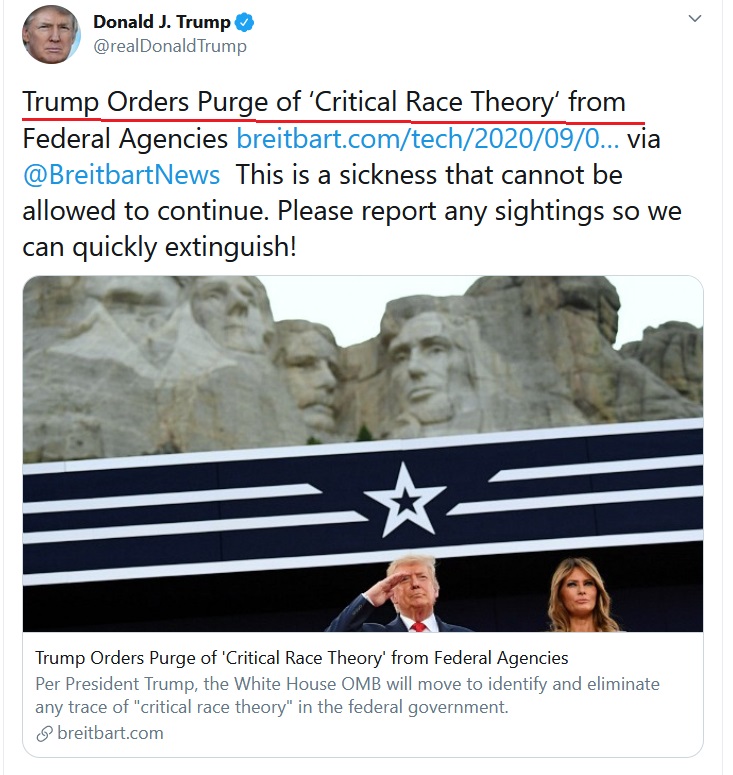 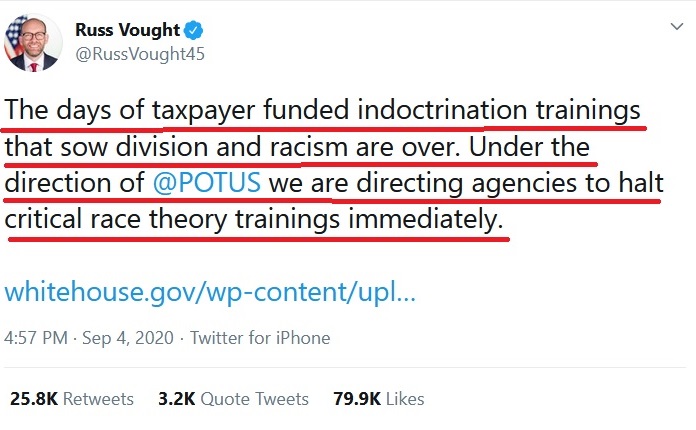 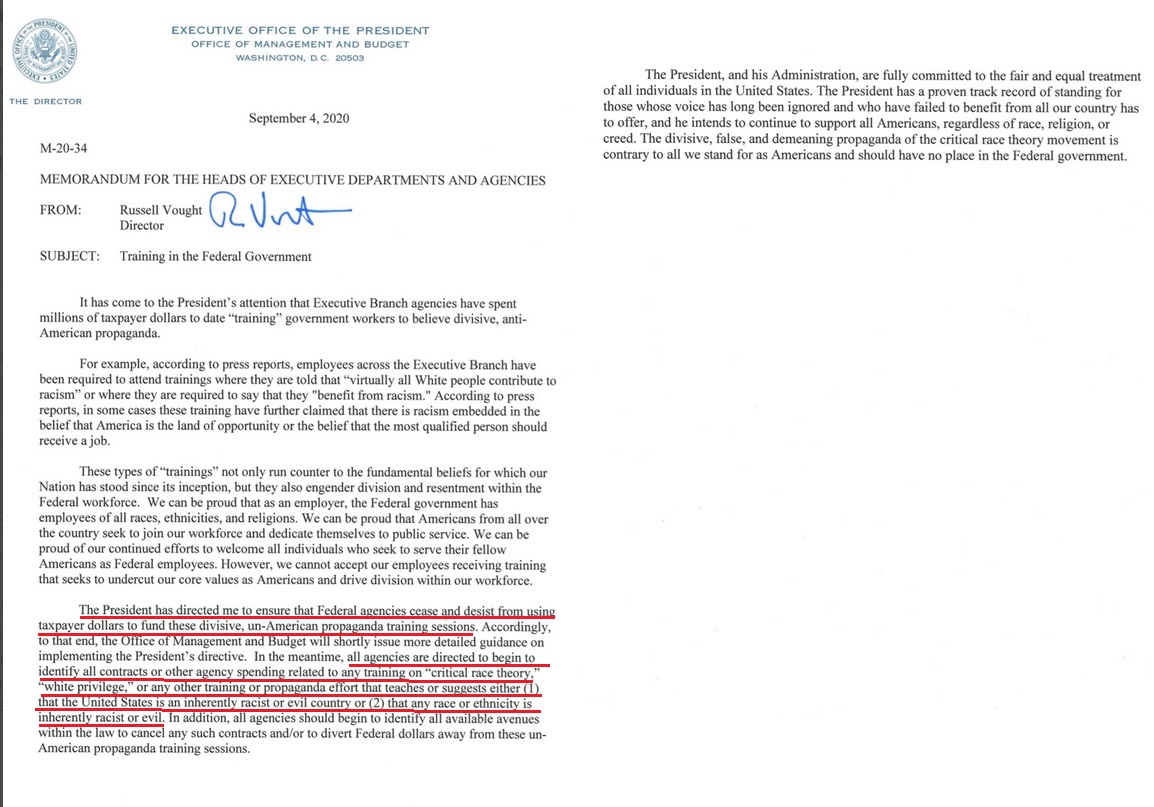 2/
In the 1970's Derrick Bell, a professor of law at Harvard, injected race into Critical Legal Studies (the study of American law using the neo-marxist method of Critical Theory). This fusion of race, law, and Critical Theory eventually came to be known as "Critical Race Theory"

3/
In using this neo-marxist method of Critical Theory to investigate how race and law intersect, Bell came to some of the most pessimistic and cynical conclusions imaginable.

So lets go through some of them so you can see just how awful this theory is.

6/
The Critical Race Theorists say Racism is permanent. Period.
No matter what you do there will always be some racism somewhere. No matter how much you read, or how hard you work, or how educated you become, you're never done. You must do Critical Race Theory work until you die.

(more on this paper later)

8/
Critical Race Theorists believe in "Interest Convergence Theory" which says white people only help black people out of self-interest, not because it's right, or because they care. They think whites only do the right thing when it's popular or they get something out of it: 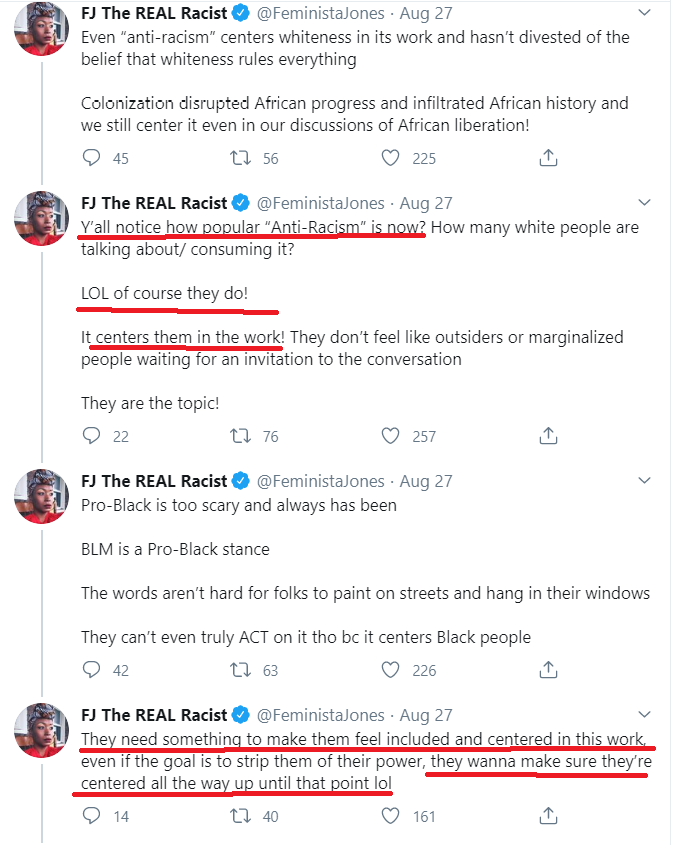 9/
I hope you all see how pessimistic, cynical, and destructive that is. They are adopting the most hopeless view possible, and claiming this is how to heal the nation.

Even worse, Critical Race Theorists are cruel, duplicitous, and dishonest. So let's look at that...

10/
Critical Race Theorists often use emotional manipulation, weaponizing guilt and shame against anyone who disagrees with them. They also try to make people feel stupid, useless, or uneducated so they lose confidence and feel vulnerable which makes them easier to manipulate.

11/
You can see those tactics in this video.
Here, @AnthonyONeal (who works for @DaveRamsey) asks people what the term "white privilege" means to them. As they respond, Anthony mocks their answers with condescension and sarcasm, his voice DRIPPING with contempt. It's disgusting:

12/
Here, Anthony the bully says he gets "immediately offended" if someone says they don't see skin color.
But when @DaveRamsey, The man who signs Anthony's paycheck says HE doesn't look at skin color, @AnthonyONeal all of the sudden doesn't feel quite so brave. 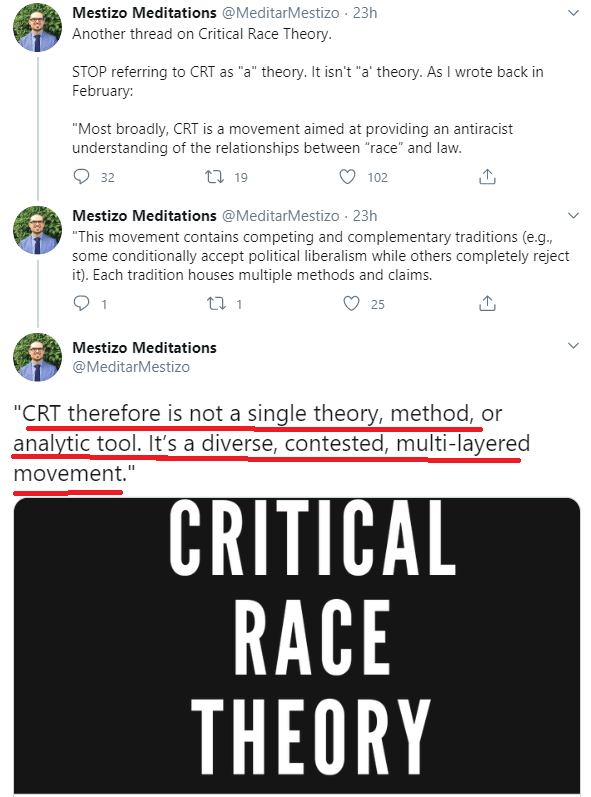 The bad news is the paper's behind a paywall.
The good news is I have a subscription.

16/
The Paper is not liberal. It is in fact full of postmodernism, Critical Theory, and woke nonsense.

The start, the paper argues for reparations which, according to the paper, supports group rights and not individual rights. 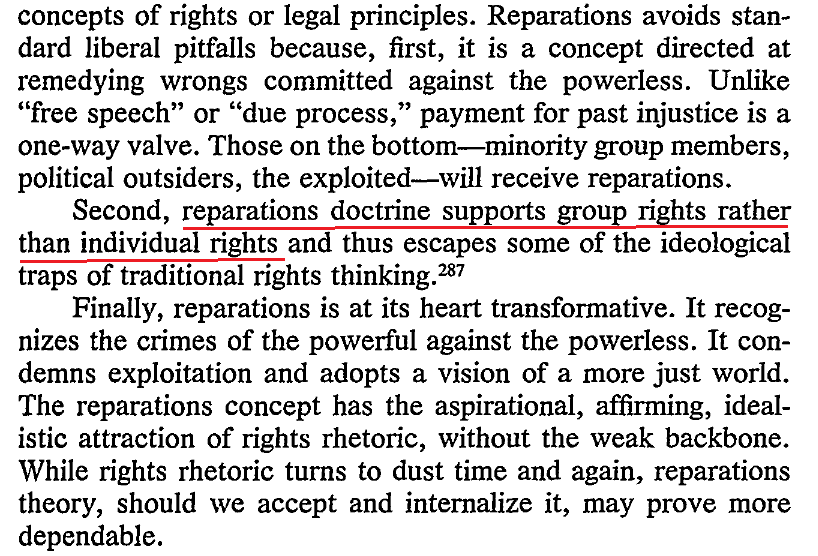 17/
The paper follows up on that by asking us to integrate the ideas of the Neo-Marxist philosopher Antonio Gramsci.

Neo-Marxism is not liberalism.

18/
Further, this paper say people's experience and culture are a new "epistemological source," and victims of oppression have "distinct normative insight."

That's not liberalism. That my friends, is feminist standpoint epistemology; and that's Postmodern, not liberal.

The arrogance is staggering 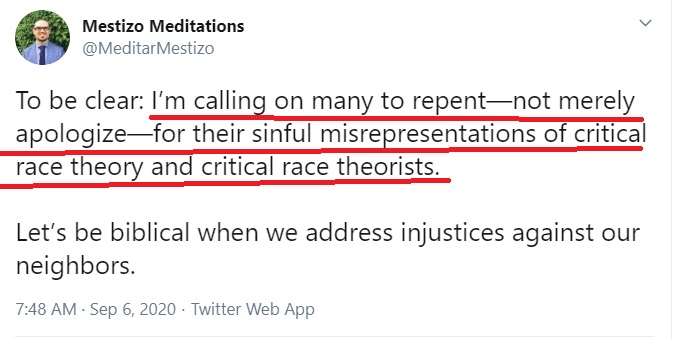 21/
The project was about changing how Americans View themselves, and view race. The goal is, of course, to make everything about race and to use race as a way to agitate for a woke political revolution.

Before we finish I'd like to show you all what we lose when we go woke.

22/
This is B.B. King and John Mayer. This is B.B King teaching John Mayer blues licks. This is, of course, B.B. King's way of putting his blessing on John Mayer in public; what might also be called a "co-sign."
To all of us, this is a really cool moment to watch.

23/
However, thanks to 30 years of Critical Race Theory the elite class is worried that John Mayer is "culturally appropriating" the Blues from Black people. It does not matter that B.B. King himself is teaching John to play. They still say it's racism.... 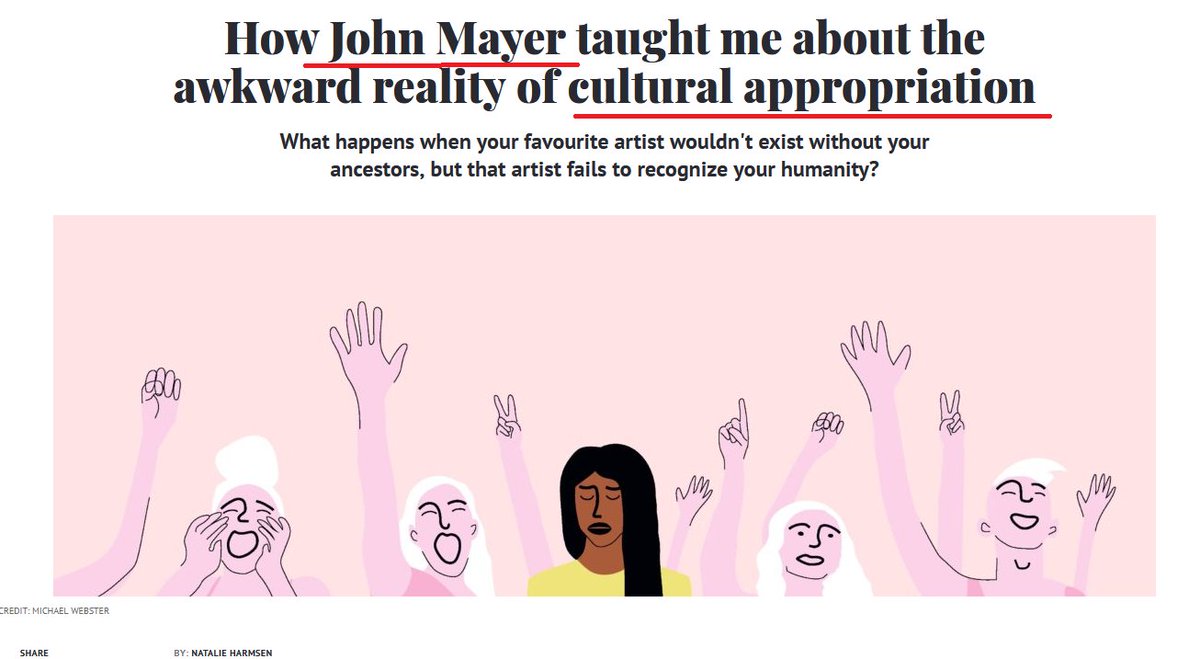 24/
This is Buddy Guy, probably the greatest living blues guitarist.

Listen to how angry he gets, listen to the pain and fury in his voice, at the suggestion that who gets to play the blues would be decided based on someone's skin color:

25/
Buddy guy is absolutely correct in that video, and his answer is a perfectly succinct answer given according to liberal principles and ethics: We judge musicians based on their talent, ability, and musicianship...not skin color.

The quote Mr. Guy "the boy can play"

26/
And this is what Critical Race Theory steals from us: our ability to authentically connect and judge each other by our character, and ability...by who we have made ourselves to be.

27/
The way to heal wounds and bridge divides is to treat each other as equals: equal dignity, equal respect, equal opportunity. That's the way forward.

h/t to @WokePreacherTV for the video clips of Anthony Oneal. Credit where it is do. Check his feed for more woke cringe.

Also, more information on Postmodernism and Critical methods can be found by way of @ConceptualJames and @NewDiscourses