In most of the world's democracies, tax prep is really easy: the government uses its own employer-supplied payroll records to estimate your taxes, fills in a tax return for you and mails it to you. 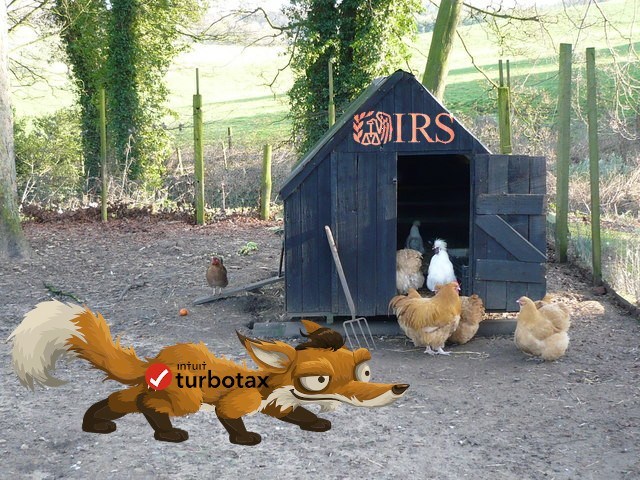 If it looks good, you sign it and return it. If not, you amend it (or hire an accountant to do so).

But not in the USA: here, the tax-prep industry makes billions charging Americans to gather information the IRS already has and send it to the IRS (again).

Naturally - this is America ca. 2020, after all - the tax-prep industry is highly concentrated, with a few megafirms capturing nearly 100% of the business, and when industries are that concentrated, they get to write their own rules.

They do that in three ways:

I. Concentrated industries are small enough that they can readily agree on a common lobbying position;

II. They extract monopoly rents and can mobilize these excess profits to lobby on their common position; and

III. They so dominate their industry that their own regulators are drawn from their executive ranks and/or hope to cycle out of public service and into the firms' executive structure

Big Tax Prep did all of these things - but at long last, it's catching up with them.

The worst offender of all is @Intuit, makers of @turbotax, whose fraud is matched only by the company's weird culture, built on a literal personality cult around the company's longtime CEO Brad Smith:

Smith didn't just orient the whole company around literal worship of his person: he also transformed the company's longtime opposition to free government tax-prep into the centerpiece of its political activity.

It was under Smith's leadership that Intuit convinced the IRS to kill plans for free tax prep and replace them with "Free File" - a program where Big Tax-Prep offered free tax prep services to low-income Americans.

Instead Free File became a sales-funnel: low-income filers who tried to use it would get diverted into expensive for-pay alternatives.

That sales-funnel came in handy after the Trump #TaxScam eliminated the need for high-earners to itemize deductions - that when Intuit targeted elderly people, people with disabilities, and students to make up the difference.

How did they get away with this?

But here's a Smurfs' Family Christmas miracle for you: thanks to relentless, deep reporting from @Propublica, led by @JustinElliott and @PaulKiel, the IRS actually cracked down on Intuit and the rest of Big Tax-Prep.

And the hits keep on coming! The FTC's Bureau of Consumer Protection has been investigating Intuit's Turbotax scam for more than a year. In May, the FTC sent Intuit a wide-ranging subpoena, demanding both documents and sworn testimony from company execs.

Intuit sued to block the subpoena, but they just got their asses handed to them by a bipartisan vote of FTC commissioners:

The commissioners rejected Intuit's claim that handing over documents and giving testimony was "burdensome," in light of both the depth of the inquiry and the pandemic.

The FTC joins at least four states that are investigating Intuit:

A group of taxpayers who were tricked into paying Intuit for "free" services are suing the company, having beaten its bid to force them into binding arbitration (where you are forced to argue in front of a corporate "arbitrator" instead of a judge):

Chances are you've already filed your taxes, but just in case, here's Propublica's guide to successfully using Free File. If you have simple taxes, you should never have to pay for tax-prep: