This is your brain on visuals: (thread)

The speed at which our brain processes images is at least 15.6x faster than text (according to MIT)

Science aside for a minute, the sheer depth of meaning that can be conveyed in an image is an entirely different beast than the written word.

Images can quickly create additional understanding, going beyond what we can convey with language.

Case-in-point, take the image below that's displaying the difference between the human ability to process images vs. words. 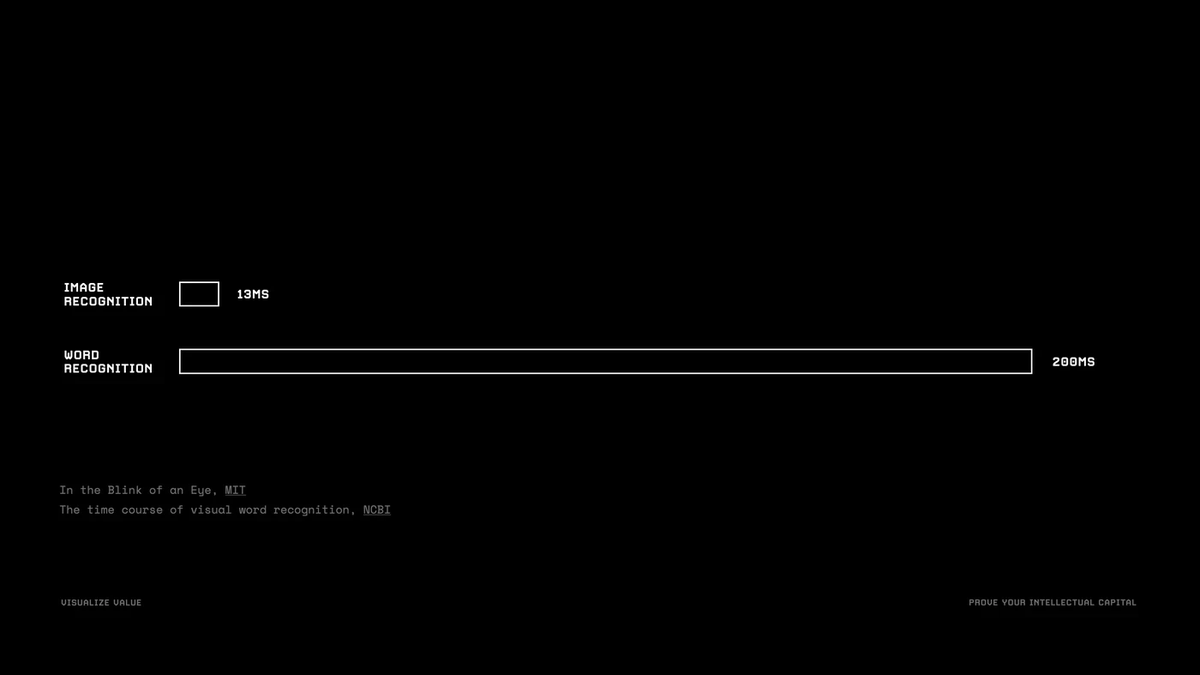 Sight has the jump on language in our evolutionary toolbox by a few million years.

As a species, we were using our eyes to make visual calculations long before we figured out how to read and write.

Historically speaking, our vision (both physically and metaphorically) has moved us forward as a civilization.

When we see someone doing something useful, we figure out how to emulate it.

When we see something that solves a problem, we figure out how to build it.

Apply that same logic to explaining how to build an axe vs. using an axe in front of somebody:

Which is easier to understand?
Which is more memorable?
Which helps you understand the concept of an axe better?

This same logic applies to whatever it is you do.

A visual example of what you're referring to massively accelerates the learning curve, and subsequent implementation of the idea.

If you want to learn how to increase the velocity of your ideas, I built this for you: