US blacklisted four Russia-linked individuals for attempting to influence US election, including Ukrainian lawmaker Andriy Derkach, who it called “an active Russian agent.” Derkach has helped Rudy Giuliani dig up dirt on Joe Biden. My story on today's news  https://www.buzzfeednews.com/article/christopherm51/andriy-derkach-sanctioned-ukrainian …

A lot more about Derkach, who the US is now calling “an active Russian agent,” and what he's been up to here:  https://www.buzzfeednews.com/article/christopherm51/rudy-giuliani-ukraine-joe-biden-smear-efforts …

Commenting on today's sanctions, @stevenmnuchin1 said, “Derkach and other Russian agents employ manipulation and deceit to attempt to influence elections in the United States and elsewhere around the world.”  https://www.buzzfeednews.com/article/christopherm51/andriy-derkach-sanctioned-ukrainian …

Derkach is not answering his phone right now but he read my messages. FWIW, in our conversations in July and August, he denied being a Russian agent (even though he was schooled at a KGB academy in Moscow) and interfering in the US election.

Over the past few months, Derkach has released several audio tapes that purport to capture phone conversations between Biden Poroshenko while the two were in office. They've done nothing to substantiate, let alone advance, accusations from Trump, Giuliani, etc of Biden corruption

Bu Derkach is still pushing the tapes, and he was discussing them as recently as last night on Ukraine's 112 channel. He also told me he gave anti-Biden material to Senate Republicans investigating 2016 Ukraine interference (a debunked conspiracy theory). 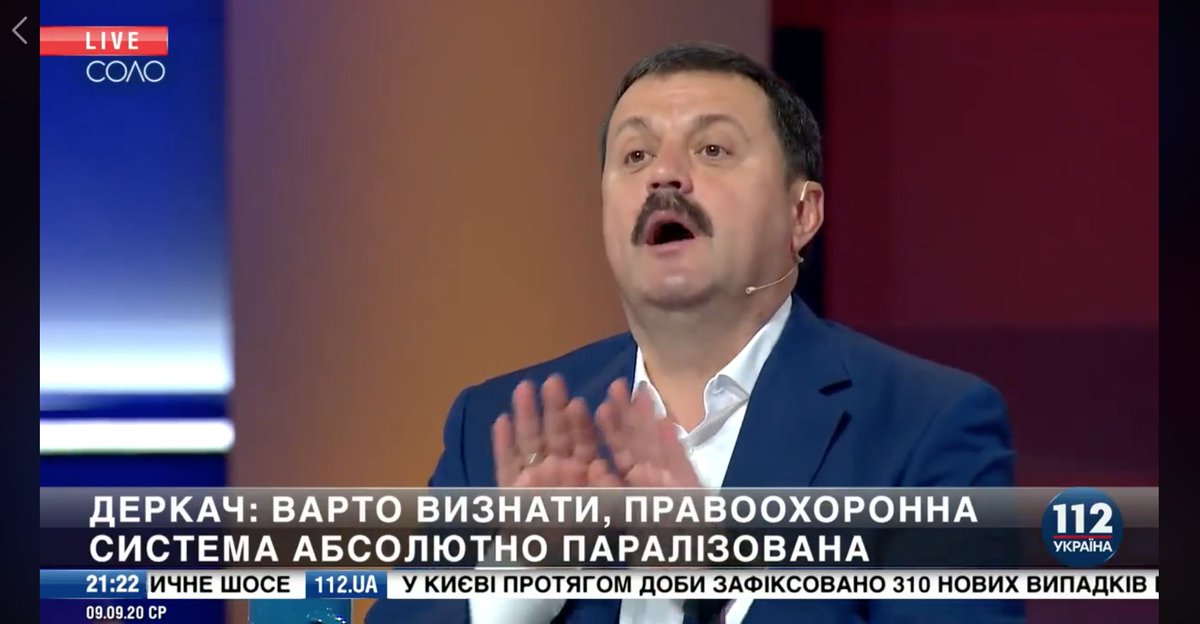 Another reason US designation of Derkach being "an active Russian agent" is big: Donald Trump promoted @OANN and @ChanelRion interviews with Derkach and material released by him. In other words, Trump was pushing info from a man deemed by the his own govt to be an agent of Russia

Pompeo statement on Derkach sanctions: "Derkach maintains close ties to Russian intelligence and sought to influence the views of American voters through a Russian-directed covert influence campaign ... designed to culminate prior to Election Day." 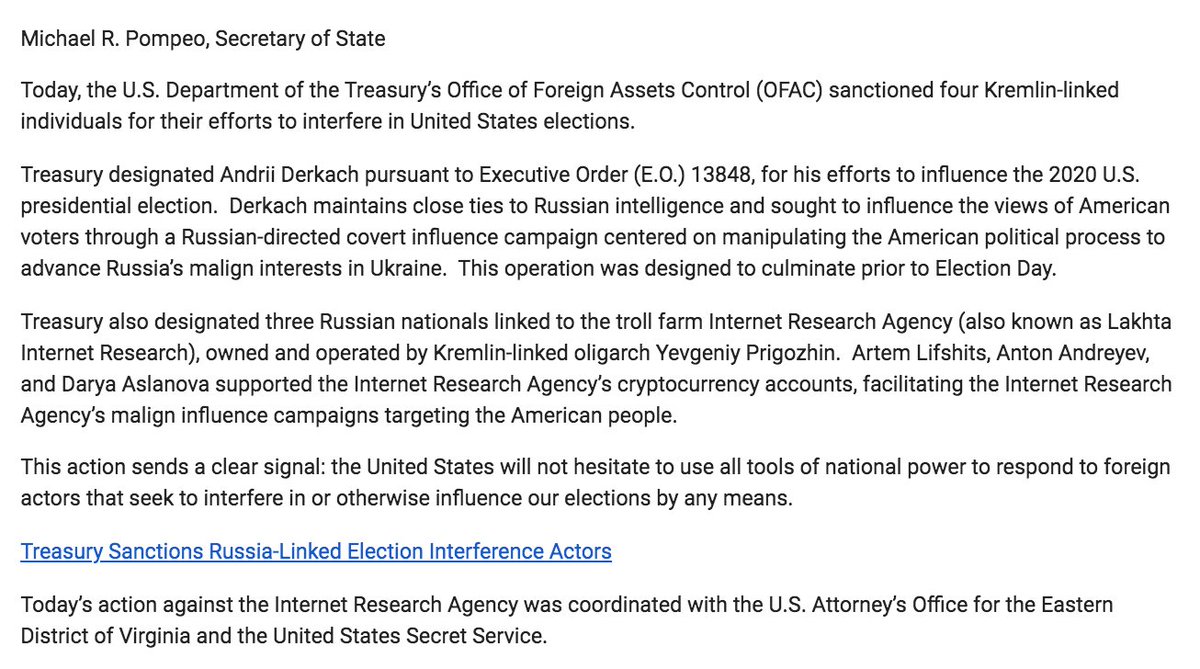 Here's a good thread on the three Russians working for the Internet Research Agency who were sanctioned today along with Derkach and their crypto addresses. h/t @arawnsley