In response to the June #BLM uprising, the NY state legislature revoked Bill 50a, which shielded police misconduct records from public scrutiny. 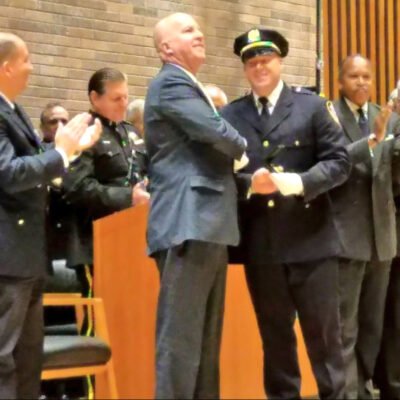 A police union lawsuit blocked the publication of these long-secret records, but it came AFTER @Propublica had assembled a searchable database of those dirty secrets, and they escaped the injunction:

Thanks to that fast action, we are now seeing inside the sordid, violent, corrupt world of the multibillion-dollar private paramilitary that is the NYPD.

Today, Propublica and @THECITYNY jointly published the tale of Christopher McCormack , "one of the NYPD's highest-ranking officers," whose promotions came despite repeated, substantiated complaints of racist violence and abuse."

McCormack's nickname was "Red Rage." He rose through the ranks like "greased lightning." The city settled multiple lawsuits over his violent and illegal conduct. The NYPD put him in charge of a precinct.

His go-to tactic was strip searching Latinx and Black men in public: pulling down their pants and exposing their genitals, sticking his fingers in their anuses. As @mtaibbi writes in his 2017 book "I Can't Breathe," NY cops called this "social rape."

When McCormack socially raped a suspect, shoving his hand in their assholes on a public street, he was so violent that the man had to go to the hospital.

77 complaints were made against McCormack. No other high-ranking officer has so many.

A dozen of these were substantiated by the CCRB, a toothless agency that almost never substantiates civilian complaints. Only the most egregious, violent, public abuses are upheld. McCormack had 12 of 'em.

Black and Latinx officers who complained about McCormack (including one who made damning recordings of McCormack's racist rants) faced internal retaliation.