One of the wisest things anyone's ever said to me about predictive policing tools - algorithms that purport predict where crime will occur - is that they don't predict crime, but they predict the police, who will obey the algorithm's directives (thanks, @vm_wylbur!) 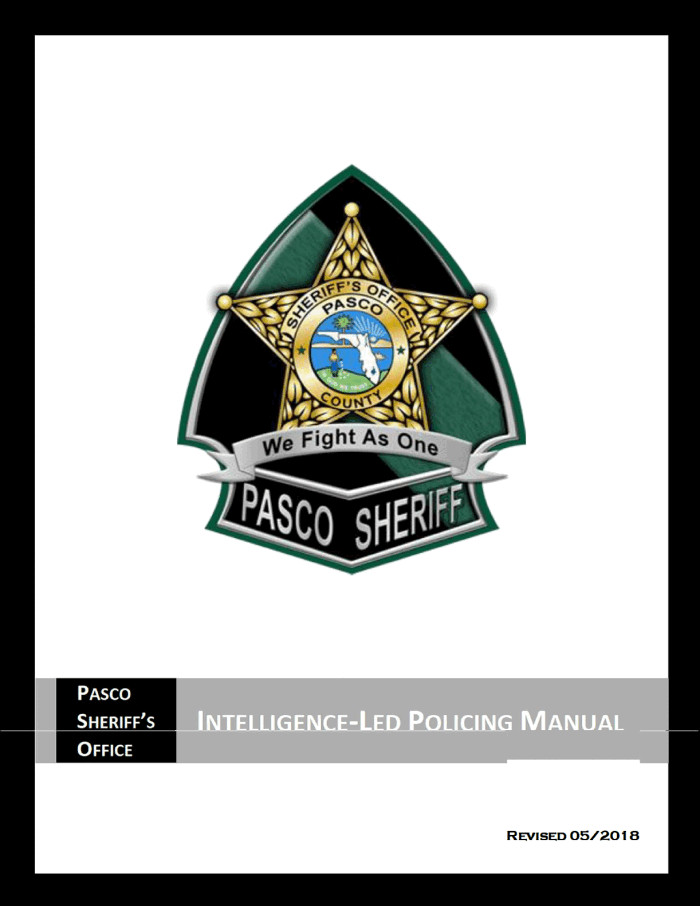 Normally that means that predictive policing tools send cops to poor and brown neighborhoods to stop-and-frisk and traffic-stop people, but sometimes it's a little more personal than that.

In Pasco County, Florida, Sheriff Chris Nocco's algorithm generated a list of 1,000 people "it considers likely to break the law, based on arrest histories, unspecified intelligence and arbitrary decisions by police analysts."

The people on this list were then relentlessly targeted, as were their relatives (about 10% of them were children, putting their parents in the algorithm's path). They and their relatives were stopped and questioned dozens of times in public and at work.

Police entered and searched their homes, over and over again, irrespective of whether they ever found evidence of wrongdoing, without warrant or probable cause.

One former deputy said the point was to "Make their lives miserable until they move or sue."

The @tb_times's incredible, in-depth investigation unearthed an endless list of brutal acts of algorithmic discrimination, a pattern of endless harassment, a demonic lovechild of Kafka and Orwell.

(or as the Sheriff's Department called it, "basic law-enforcement functions.")

The Sheriff's intelligence program has a $2.8m budget and is run by an ex-National Counterterrorism Center analyst whose number 2 is former Army intelligence.

Deputies are put on a quota: they have to do a certain number of "prolific offender checks" (that is, acts of harassment to the unlucky 1,000 precriminals), or they face sanction from their superiors.

The department has dedicated Strategic Targeted Area Response (STAR) teams whose job is to "hunt down" precriminals as they go about their business and engage in "intensive monitoring," keeping track of trivial things like when a child on the list changed his hairstyle.

Periodically, without provocation, precriminals' homes would be surrounded by deputies who would line their streets, surround their homes, shine lights in their windows and pound on their doors - often in the middle of the night.

The parents of juvenile precriminals were sometimes arrested, as when deputies saw a precriminal's friend having an underaged cigarette through a window, then arrested the precriminal's father for refusing to force his kid and friend to go out of the house.

Sometimes, family members of precriminals would be arrested on even flimsier pretenses, as when a deputy pounded on a door and then was hit in the chest when a precriminal's relative opened the screen door to talk to him.