In 1903, Russian antisemites published a pamphlet called the Protocols of the Elders of Zion, purporting to reveal a secret Jewish cabal that secretly controlled the world's governments, using its leaders as puppets. 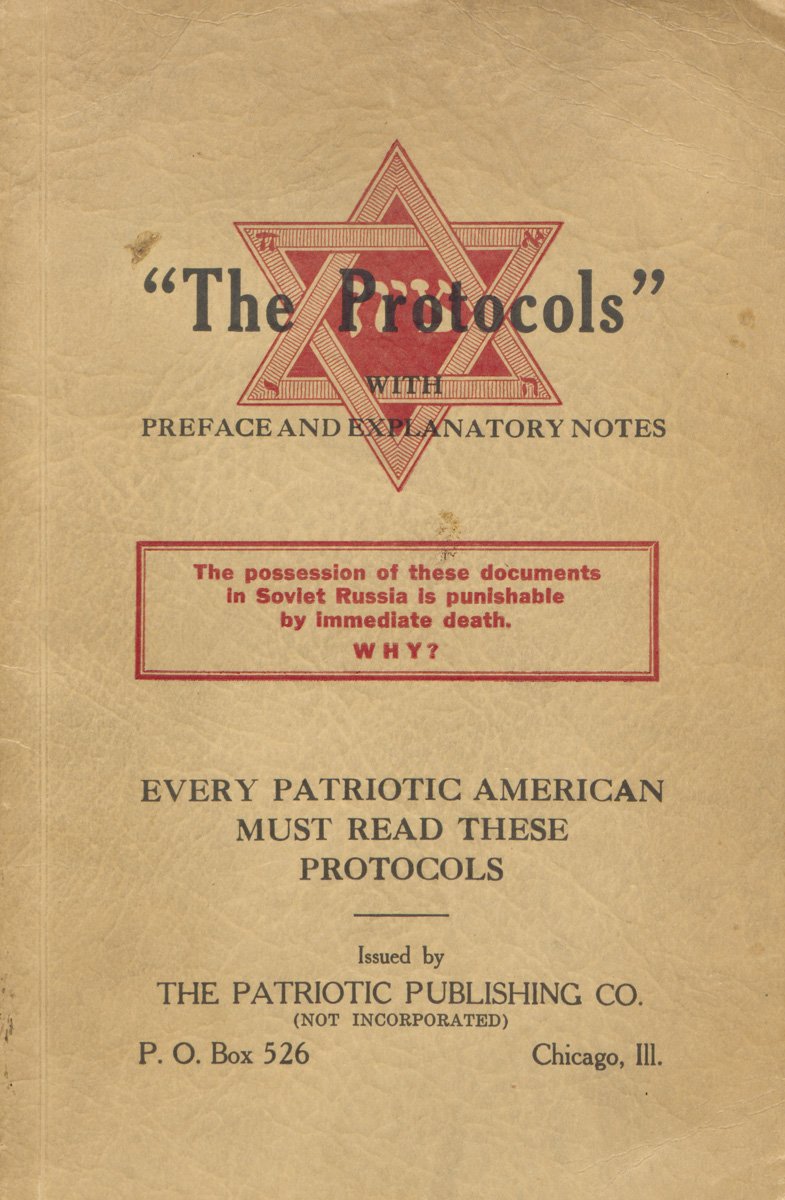 This power allowed them to kidnap Christian babies and use their blood in secret, mystical rituals. The Protocols were wildly popular, and prompted endless rounds of vicious, bloody, genocidal pogroms.

Henry "No Jews or Dogs Allowed" Ford and Charles "Lucky" Lindbergh LOVED the Protocols and paid to have them translated into English and distributed across America. They also founded a group dedicated to protecting Hitler from "American aggression" called "AMERICA FIRST."

Hitler also loved the Protocols. Mein Kampf heavily plagiarised it. Nazis worshipped Hitler as a living god who had unearthed a vast conspiracy and would have a day of reckoning, a gathering storm that would wipe wickedness from the Earth.

Is any of this sounding familiar? You know, like, are there boomers in your life in red hats who worship Trump as a god because he's discovered a deep state cabal of baby-kidnapping, ritual-killing evildoers led by a Jewish billionaire named Soros?

If you're lucky enough that this isn't ringing bells, it's because you haven't yet encountered the idiocy that is Qanon. But last month, a group of neo-Nazis waving Q signs LITERALLY STORMED THE REICHSTAG.

Take it away, genocide historian Gregory Stanton: "The world has seen QAnon before. It was called Nazism. In QAnon, Nazism wants a comeback."