As if it wasn't enough just to survive a 120-degree day during a pandemic, we're also forcing everyone who can't go inside to breathe the worst air LA has seen in 25 years.

This weekend won't be as hot, but the air will be toxic. As we try to prevent a respiratory disease from killing people.

Can LA open its cooling centers and other city facilities as clean air centers? 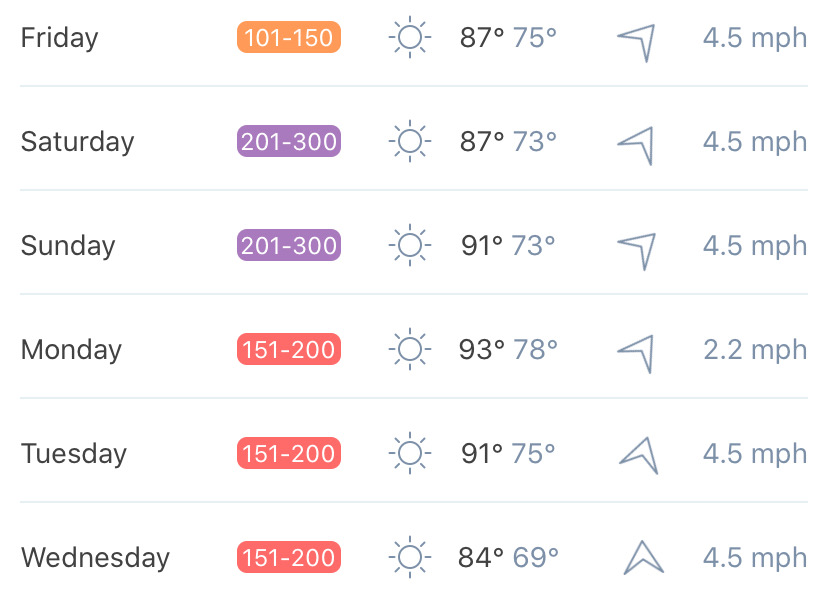 I'm calling on our councilmembers to identify and open these facilities in their districts immediately as cooling/clean air centers for people who will need them.
https://www.curbed.com/2020/9/9/21428140/heat-wave-los-angeles-climate-change …

Here's what Portland has done since yesterday:

Our air is forecasted to be this bad by tomorrow.

Seattle and King County just opened a "healthy air center" that's open 24 hours a day, and will conduct outreach to make sure people most at risk are getting inside.  https://www.kingcounty.gov/elected/executive/constantine/news/release/2020/September/11-smoke-shelter.aspx …

Any news on what LA is doing?

We could easily do this in every council district at the very least.

What is LA waiting for?

Late to this one but Oakland also had two air respite centers open this weekend.

One hour ago LA's public health department extended its smoke advisory through Sunday but the city has yet to even open its cooling centers.

Update and expansion of Oakland relief centers in this thread.

Sharing this also because this is the type of commitment we should be seeing from at least one elected official in LA. 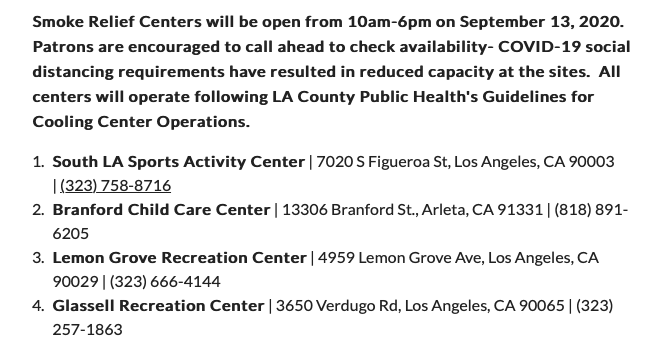 Reminder that LA is doing the absolute bare minimum today. Activists are still having to fill in the gaps.