They knew, 50 years ago, that they were going to murder the planet and our species with their oil.

Oh, how they acted!

They created a campaign of lies to distort the public perception of climate change. 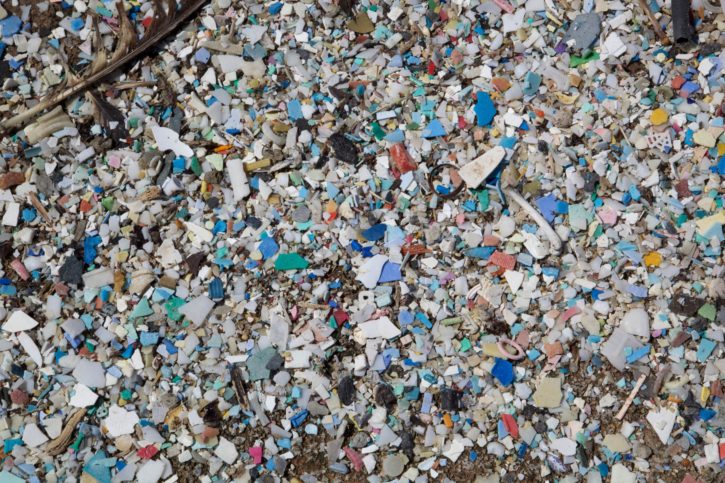 They knew in '73, when their researchers told them: plastics would never be recycled. There would not be a cost effective way to recycle plastic.

They created a disinfo campaign to convince us plastic COULD be recycled.

That campaign - the little recycling logos on our plastics, the upbeat videos about a future where plastic was part of a circular economy of use and recycling - convinced us to buy, wash, and sort plastic.

90% of that plastic was never recycled. It never will be.

NONE of those splashy campaigns - the announcement that all NYC school plastics would be recycled, the recycling in national parks - ever worked. They all lasted long enough to get some upbeat press, and then they quietly shut down.

This week's @NPR/@planetmoney investigation by @LauraSullivaNPR doesn't just talk to the ex-chief lobbyists, now serving as belated Oppenheimers, lamenting the impending destruction of our planet.

It also talks to the current round of executives who have announced a fresh round of plans to recycle plastics - completely disingenuous, insultingly obvious distraction tactics to convince us that their projections of TRIPLING production by 2050 isn't a form of mass murder.

Then Sullivan circles back to those retired executives, the ones who oversaw the first disinformation campaign, and they confirm that this latest round of promises are literally the same tactic, barely updated for a world on fire.

The world is on fire. My sky has been orange all week. Our family's socially distanced meetings with friends in parks or back yards have been cancelled because we cannot breathe outside.

Exxon - and Chevron, and the rest of Big Oil - knows.

In a secret recording released to the @nytimes, oil execs meet to cheerfully discuss how they will burn the world and murder us all but make a buck in the process.

Their plans for climate change don't involve reducing emissions - they're building bunkers and hiring mercenaries to keep us at bay when we come for them. They know what they've done.

When I searched for the "Exxon Knew" campaign to find a link for this piece, the top of @Google's search results included a blisteringly expensive ad for a disinformation site, paid for by Exxon. 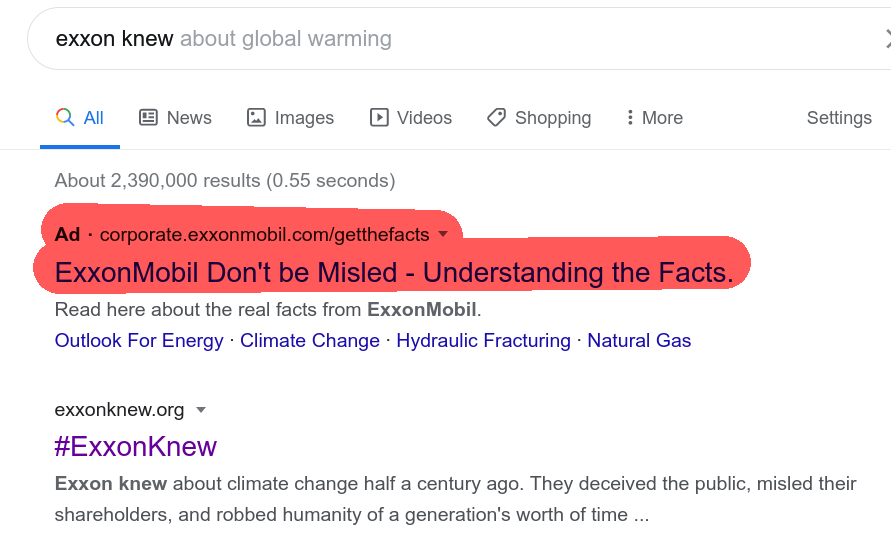 The sky is orange. The oceans are choking. The air is unbreathable. Your body is full of microplastics.