Last November, writing for the @TaxJusticeNet, @nickshaxson published an important (and new-to-me) analysis of the relationship between monopolies and tax-evasion. 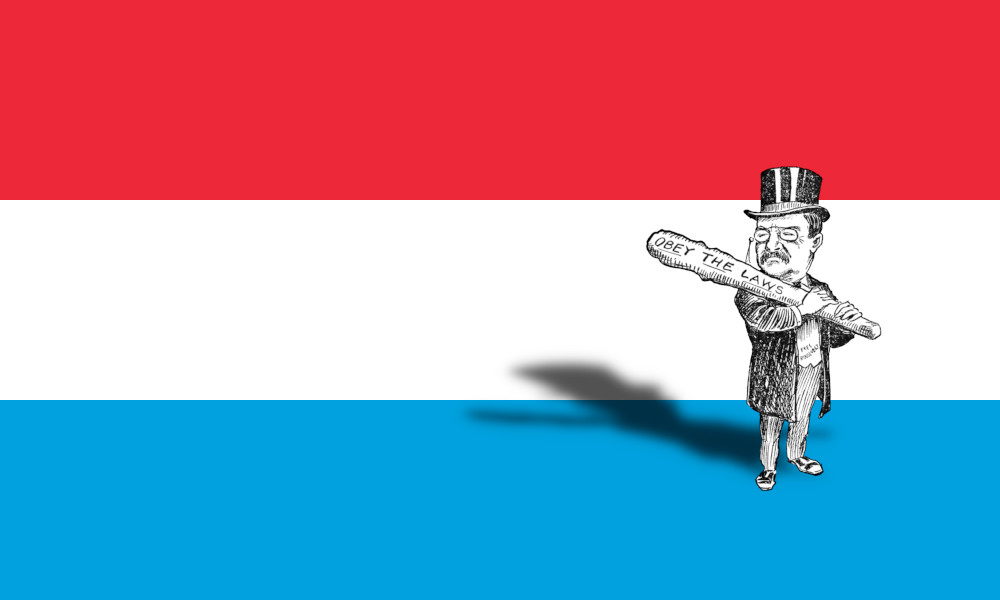 Start with the basics. Companies form monopolies and evade taxation for the same reason: to increase their profits. That much is obvious. But Shaxon's work draws careful lines between these two activities, showing how being a monopolist makes it easier to be a tax-dodger.

Shaxon observes that the notional EU corporate headquarters of the world's worst monopolists are also the EU's most notorious tax-havens:

* Luxembourg ("a criminal enterprise with a country attached")

* The Netherlands ("ranked fourth in the Corporate Tax Haven Index")

Locating their flags of convenience in these tax havens allows companies to engage in regulatory arbitrage, because countries who compete to lure monopolists with favorable tax treatment also lure them with other favorable regulations.

These countries have the worst privacy laws, the farthest-reaching IP enforcement, and other regulatory gifts to giant companies.

And you have to be a giant company to take advantage of this.

Only global companies can engage in the shell game of realizing profits in one country, owning IP in another company, enforcing rights in a third, and locating its workforce in a fourth, shopping for the best deals around the globe.

Small competitors don't just have to contend with "monopoly power" - they also have to compete on a tilted playing field where they face stricter regulation, pay higher wages and taxes, and can be sued or punished by governments.

The rise of global monopolies isn't just bad news for competition, it's bad news for democracy. Monopolies are able to starve the world's poorest countries of tax revenues.

These countries are monetarily constrained because they owe debts in US dollars, so they can't just create money to finance their debt the way the US, Canada, Japan, Australia and the UK can.

But even in wealthy countries, monopolies are correlated with a collapse in confidence in the state, thanks to their corrupting influence on policy. There's a wealth of literature linking the rise of fascism to the presence of abusive monopolies.

Tax havens and monopolies are mutually reinforcing: the poorer states become the weaker they are, and the harder it is for them to enforce anti-monopoly laws.

Shaxon: "These global strategies the lead firms obtain both escape – the tax haven thing – but they also accumulate and concentrate power in global markets (the monopolies thing.) The power enables them to intimidate and cheat tax authorities and politicians, and workers."

These phenomena are supercharged by the rise of "IP," which enables firms to profit-shift. Companies like Ikea, Cartier and Rolex insist that their "IP" is owned by obscure companies in offshore tax-havens.

The companies we buy things from pay a "license fee" to these IP holders equal to 100% of their profits, so they own no tax in our countries. But the company that receives these license fees ALSO pays no taxes, because it is based in a tiny offshore haven.

The global nature of monopolies allows them to have their cake and eat it to. They wield power as a single entity, but national laws treat each country subsidiary as a separate company.

So the US division of a monopolist can "sell" something to the Luxembourg division of the same monopolist and it's treated as a real market transaction, and not simply a paper-chase fiction.

All of this is made possible by the Big Four accounting firms - PwC, Deloitte, EY or KPMG - who serve as both architects of these policies AND as auditors of the companies, charged with making sure they don't violate tax law.

To call this a mere "conflict of interest" is to do great linguistic violence to an unsuspecting and innocent phrase.

But as Shaxon points out, ALL of us suffer from monopolism, in a myriad of ways.

Which means that there is a nearly infinite number of people who will fight against it, once they understand that they have common cause.