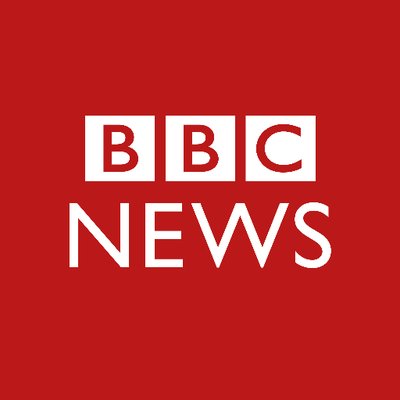 Nigeria’s state oil firm @NNPCGroup said the blast was caused by a truck that hit some gas cylinders.

It’s a story that absolves NNPC of responsibility. But is this story true?

The blast was so powerful that many people assumed a bomb had gone off.

In an instant, 100,000 square metres of Lagos - schools, homes, businesses - were destroyed.

It hit Soba, a suburb of Lagos, on the morning of Sunday March 15.

At that moment, almost 300 children were gathering for morning mass at Bethlehem Girls College, just across the road.

The next second the school was gone.

Miraculously, none of the girls died in the blast.

But the school’s principal - Sister Henrietta Alokha - was killed as she tried to save her students.

She was one of 23 people killed in this explosion.

Including this newly wed couple, Chisom and Emmanuel Uyamadu, who died along with their unborn child.

It soon became clear that this was not a bomb. It was an explosion on a pipeline operated by the Nigerian National Petroleum Corporation or NNPC (@NNPCGroup).

And the NNPC was quick to shift the blame onto others.

They told the press the blast was caused by a truck that hit some gas cylinders stacked near the pipeline.

But #BBCAfricaEye has uncovered evidence that tells a different story.

Of all the videos filmed that day, #BBCAfricaEye found one that was shot in the moments before the explosion.

We found the person who shot this clip & using the metadata from her phone, confirmed it was recorded at 08:51 - five minutes before the blast.

So what does it tell us?

First, it shows that before anything had ignited, there was a major leak of vaporised liquid coming from a single source.

It also gives us a precise location for that leak.

This is the view captured on the girl’s phone.

We see the car park, and the electricity pylon.

And in Google Street View, we can see the roofline of a hostel belonging to the Bethlehem Girls College.

These details allow us to pinpoint the source of the leak.

It was coming from behind the truck.

So what was leaking?

The NNPC said a truck hit gas cylinders at a gas processing plant located near their pipeline.

But satellite imagery taken pre-blast shows there was no gas processing plant here.

Some of the videos filmed among the ruins do show gas cylinders.

But these cylinders are more than eighty metres away from the centre of the explosion.

If they had been thrown this far by the force of the blast, they could not have all landed in the same place.

But the most compelling evidence is in the video itself: we know that this clip was shot at 08:51am, five minutes before the blast.

No gas cylinder can contain enough fuel to sustain a leak at this volume and pressure for so long.

All three confirmed that a leak of this intensity could not be coming from gas cylinders.

That expert testimony is corroborated by those who saw the leak with their own eyes.

Not one of them mentioned gas cylinders, or saw a collision.

But four of them, independently, told us the vapour was coming out of the ground.

So if this vapour is not being released by gas cylinders, where is it coming from?

Drone footage shows us that the source of the leak became the centre of the blast crater.

And if we look at satellite imagery taken back in 2009 we see something else.

This is the trench dug to contain the NNPC’s petroleum pipeline.

And that pipeline runs right through the source of the vapour leak.

So what could have caused the pipe to break?

The truck is an Iveco 190/38 that was fully loaded with rock and probably weighed more than 25 tonnes.

It stopped here, on the unsurfaced road, directly above the pipeline.

At this same location, there’s a dip in the land where rainwater has washed out the road’s surface.

And in the days before this blast, it rained enough to soak this area, softening the eroded soil on which a 25 tonne truck was about to stop.

This account - that the petroleum pipeline broke under pressure from the truck, releasing a cloud of flammable liquid which then ignited - is a story that matches the available evidence.

But it is not a story that exonerates the NNPC.

Responsibility can be hard to pin down. But not in this case.

The webpage of the Nigerian Pipelines and Storage Company (NPSC), a subsidiary of the NNPC, says in black and white that "the maintenance and integrity of petroleum pipelines is the sole responsibility of NPSC."

If we dig deeper, we find this.

Industry regulations require the NNPC to protect the pipeline from washouts and from it being subjected to abnormal loads.

Despite these regulations, the evidence suggests the NNPC:
- did not adequately address the erosion of the road surface
- did not sufficiently protect the pipe from the truck’s load
- and did not maintain the integrity of this pipeline.

And this tragedy is not a one-off.

The pipeline is part of the 2B System - a network pumping petrol, diesel or kerosene from Atlas Cove up through Soba to the rest of Nigeria.

In the past 14 months, three other blasts on this section of pipeline have killed residents of Lagos.

All three explosions were blamed on vandals tapping the line to steal fuel.

But whatever the cause, these incidents exposed the risks this pipeline carries into so many neighbourhoods of Lagos.

It can be lethal, and long before the explosion at Soba, the NNPC knew that.

Dr. Ambisisi Ambituuni, a Nigerian engineer and academic, has been warning about the danger for years.

We put our findings to the NNPC. They told us:

‘NNPC pipelines are strictly compliant with safety and regulatory guidelines.’

They denied the pipeline was inadequately protected and said there was no leakage prior to the explosion.

They reaffirmed their explanation for the explosion’s cause – that a truck hit gas cylinders at an LPG shop.

They said despite there being no issue of negligence, they worked closely with the Lagos State Government in providing a 2bn Naira relief fund to victims.

They continued, between "08:52 to 08:57 a pressure drop from 42 bar to 18 bar was observed during our pumping operations and the pipeline was immediately shutdown. Any leakage proper to the incident would have resulted in a drop in pressure. But that was not the case."

Six months after the blast, the school itself remains in ruins.

But the stretch of 2B pipeline running through Abule Ado has already reopened, and the danger has not gone away.

The Lagos State Government has set up a relief fund compensating families who lost loved ones. These families have been paid 2.5 million Naira ($6,500) each.

But the NNPC has not acknowledged any negligence or liability and, according to some of the survivors, has done nothing for those whose lives were destroyed.

Underneath Nigeria’s schools and homes, its oil keeps flowing.

You can watch the full investigation here:  https://youtu.be/aT8Db8xfxQM