1. Exclusive: Sources tell me that LA Mayor @ericgarcetti witnessed his top advisor Rick Jacobs sexually harass and assault people over the past six years. And not only did the Mayor not do anything to stop it, he's kept Jacobs in his position.

2. In July, The City of Los Angeles was sued by a member of Mayor Garcetti's security detail who alleged that Rick Jacobs sexually harassed and assaulted him for years.

The allegations laid out in the lawsuit sounded familiar to me.

3. The reason the allegations in the lawsuit sounded familiar to me was because Rick Jacobs used to forcibly kiss me when I worked in politics. After the lawsuit was filed in July and Jacobs denied the allegations I confronted him in a text message. 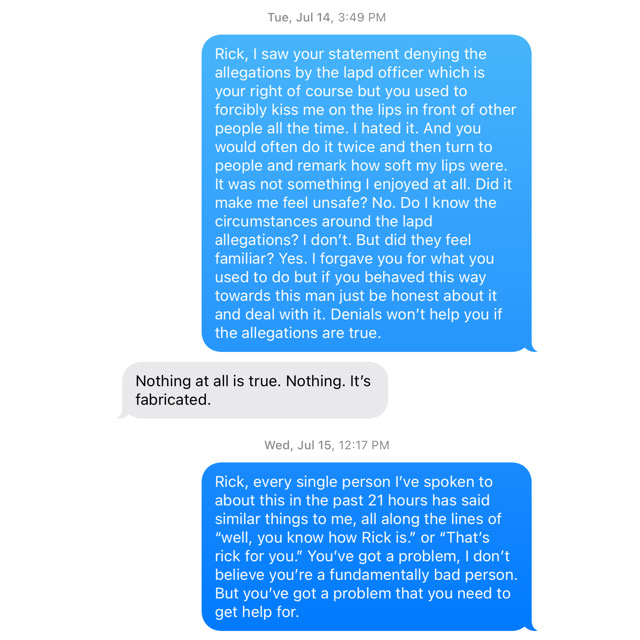 4. I thought about tweeting about this in July, but first I checked in with a senior aide in Mayor @ericgarcetti's office to give them a heads up.

It's been three months since I informed Garcetti's admin of my allegations and Jacobs is still in power. 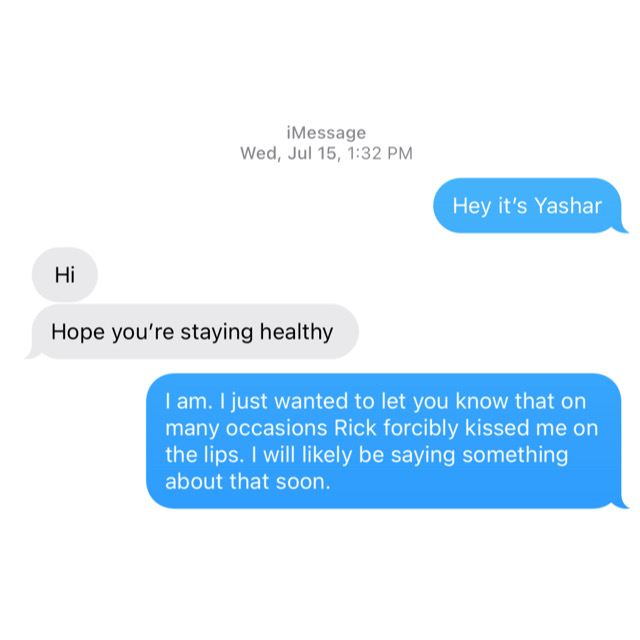