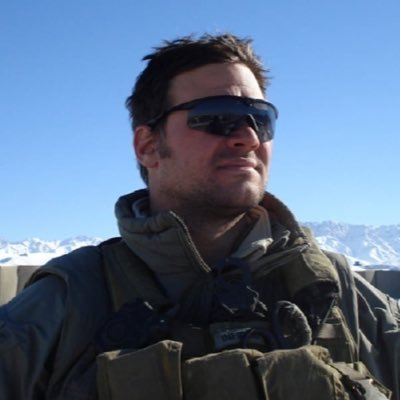 Thread: @1st_praetorian Events and Coming Chaos Intel Update (video at the end if you prefer):

1/ Uncertainty creates fear, and I've noticed / talked to / heard quite a few Americans expressing fear about the coming weeks because they don't know what to expect. I wish I had -

2/better news, but one of my preferred mantras is "the worst time to prepare for an emergency is in the middle of it."

By reading that, you should have an expectation of what will come out here, so be forewarned if you don't want to read any bad news. But if you're like me and-

3/ would rather know & prepare for things no matter what they are, read on.

4/ That's the view that one of our @1st_praetorian members had from their position at the "Let Us Worship" protest in Washington, DC on Sunday.

It was a beautiful day all around - our team provided PSD (Private Security Detail) for Sean Feuchts, Pat Mahoney and Lou Engle as they

5/ did pre-event prayer vigils at the Supreme Court, White House, Lincoln Memorial and the moved on to the event. I'd like to think those prayers helped ensure last night was a success as we saw the historic swearing in of ACB, the 1st conservative woman ever be sworn in to sit-

6/ as a Supreme Court Justice. The event itself was glorious - there is more power in prayer than most realize, especially when 10s of thousands of Christians are in one place placing all of their prayer & intent on the same positive message.

We have 2 more events lined up this-

7/ weekend - a MAGA Drag in Denver and a Walkaway Event in Atlanta. Looking forward to both, as we near the election and it becomes extremely important for patriots to gather, express our support and once again focus our positive intentions on the same goal & outcome: re-election

8/ Now for the other update.

As many of you know, our group @1st_praetorian is a group of military, law enforcement & intelligence community veterans who've come together to provide pro-bono intel & security services for grassroots political & religious events like the-

9/ Let Us Worship event that we just did in DC and the @RealWalkAway events we've done across the country.

As such, we have a very robust intelligence team who helps us determine credible threats, both for the events we cover and for the nation in general.

Our intel team has -

10/ noticed over the past several weeks that the "professional agitators" we keep an eye on have gone a little more silent than normal, and that's for 1 of 2 reasons.

Either 1) the Federal law enforcement agents have been extremely effective in dismantling their orgs, or

11/ 2) they are refitting & regrouping for a major offensive.

Our intel indicates it's the 2nd option.

I've heard the term thrown around that they're building up to an "ANTIFA Tet Offensive." If you know your military history, you should know what that means - a plan to launch-

12/ in great size & scope meant to overwhelm the opposition.

I'd like to dispel some misinfo/disinfo/misunderstanding that a lot of people seem to be hearing & thinking right now.

Because of some comments that Kamela Harris made, there are quite a few people who think that -

13/if Biden wins, the riots & insurrection & insurgency will just go away.

If you believe that, you don't know your history.

If you don't know very much about Marxist subversive groups, I wrote a series of articles for @UncoverDC that can help you understand better:

15/ What you need to understand about ANTIFA is that they have been around for a long time (since the 1920s), they have major educational institutions & infrastructure here (the Highlander Center in KY and the Blue Mountain center in the Appalachians), that they are anarchists -

16/ bent on total destruction and upending of the global order and that many of them were Bernie Bros.

That part there should make quite a few people take pause, as @Project_Veritas caught Bernie campaign staffers on video talking about burning down cities if Bernie didn't get -

17/ the nomination. What do you know? Bernie didn't get the nom, and they burned down cities.

Many of these professional agitators from ANTIFA hate the "corporate democrats" just as much if they hate conservatives, if not more.

They are their version of RINOs to progressives.

18/ Long story short: any of you who believe that Biden getting the win on election night will cause the riots & violence to stop are sadly mistaken.

19/ understanding of exactly who these insurgents are, where their funding comes from and what they plan to do.

But you need to be prepared for chaos and have a plan.

If President Trump gets re-elected, as all data shows will be happening if the vote is honest, you can be -

20/ sure that something will be done about it.

If Joe Biden wins, which can only happen through fraud at this point, he'll react the same way Deblasio, Newsom, Lightfoot, Wolf, etc reacted: by doing nothing and calling off their police.

You need to have a plan in place - stock

21/up on food & water, make a plan with your neighbors and be prepared for whatever comes. And of course, stock up on guns & ammo.

If you live in a blue stronghold that has a DA who's proven they won't prosecute rioters, you need to know that they absolutely will prosecute you-

22/ to the fullest extent possible, as evidenced by Kyle Rittenhouse being in jail.

Do not do anything illegal, defend yourself, your life, your liberty and your family if needed, but know your AO and what you're up against.

Have a plan in place, and be ready for the worst.

23/ I hate to leave it on a bad note, but I want people to know what to expect, and to be able to brace for impact.

I hope to God we're wrong, but there are a lot of signs & intel that we're not.

Here's a video version if you prefer to watch:
https://www.pscp.tv/w/cmdlFzFwelFNeG9XTUxHRWR8MWpNSmdYQnFnUXl4TD4ObiazsXsSGs-neqdeK0tdpX043l8p7yC6XDY43FTk …

24/ If you appreciate what we do at @1st_praetorian and want to help our missions to protect Americans moving forward, please donate - we are 100% crowdfunded and every one of us is a volunteer - none of us do this for a paycheck, we do it for love of country.

25/ a few resources to keep this organization running, and you can support us via our crowdfunding links on our website:
https://www.1apraetorian.com/

If you still don't believe this is coming, all you need to do is open your eyes- they've been saying it quite openly and brazenly:

This planned chaos from the leftists is one of the reasons their operatives in media, politics & government have been trying to disarm you.

Their "inner circle" is comprised of 60s & 70s-era radicals & graduates of the Highland Center and Blue Mountain Center...

"But they've been trying to disarm us for decades!!!"

They've been planning this for decades.

They were just waiting for the appropriate match to ignite - 2020 provided it.

They don't want you to be able to defend yourself.