1. When Leon Black admitted he paid millions to Jeffrey Epstein for tax advice I was dubious...why would a billionaire who can hire the best advisors in the world need to rely on Jeffrey Epstein.

I asked several billionaires what they thought of this... 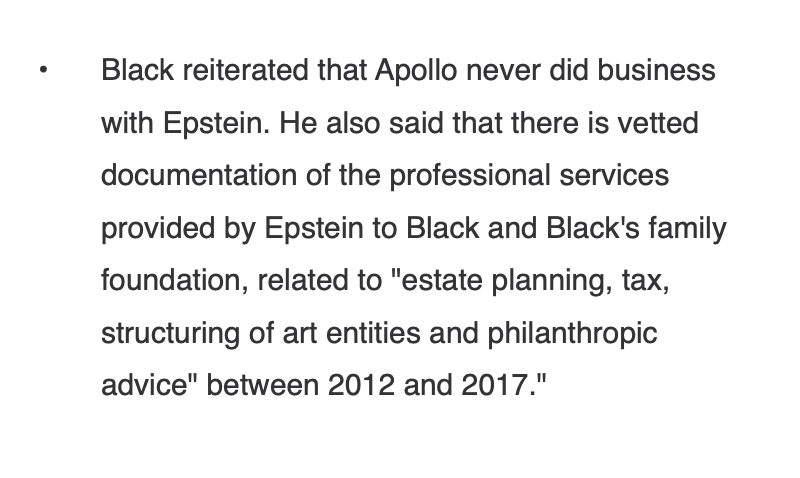 2. All three brought up the same thing...they suspected that Epstein had offered Leon Black a tax avoidance scheme he could participate in or a tax shelter (perhaps related to the Virgin Islands) that he could utilize.

3. All three told me they are regularly approached with such opportunities and on occasion they've made use of these schemes/shelters offered to them by outsiders. In exchange they pay a commission which is based on the amount of tax they save.

4. But all three of them said they would never make use of a scheme/shelter if it wasn't fully vetted by their attorneys and accountants. 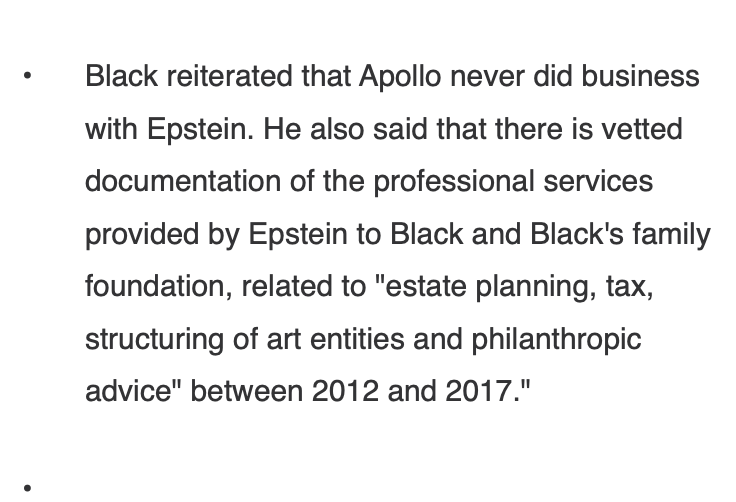 5. Could Leon Black be making all of this up? Sure. It wouldn't be the first time wealthy people have lied about why they were associated with Epstein.

6. But the three billionaires I spoke to just brought up that there is a whole universe out there of people who offer different tax avoidance schemes in exchange for a commission. Important to keep in mind as this matter is discussed. We'll find out the truth...eventually.