1. It's been 240 days since I tweeted this thread below...I'm even angrier

2. When I tweeted that thread, we were just two weeks into the pandemic on the US side and some privileged people were just beginning to understand the impact this pandemic was having on the average American

3. People were so shaken by this completely new experience that they felt compelled to act. Remember the first month or so? How many people were chipping in? Like many things, so many people in a position of privilege became complacent.

Not shaming anyone, it's only natural.

4. The problem of people slipping further into poverty and people who have never had to ask for help slipping into poverty for the first time exists now just as it did in March.

Except now it's harder to get people to spring into action.

Which is why I hope you'll keep reading

5. Unsurprisingly, our political leaders have failed us again. I'm not interested in getting into who to blame...that's not the point of this thread.

I need people who are in a position of privilege to realize that things are even more desperate than they were before.

6. Having open DMs and all my contact info in my bio means that I hear from thousands of people everyday who tell me about their problems and often plead for help...in the most heartbreaking terms.

This is the ultimate focus group for me. Tens of thousands of messages a day...

7. The messages are getting more and more dire. So many Americans live with no cushion of any sort and as I'm sure you've heard many times...millions of Americans are a $400 unexpected expense from financial disaster.

But now bills that were pushed off are coming due.

9. I am getting thousands of messages a week from people who are, among other things, talking about cell phones being shut off, people who have lost their wifi (which their kids use for school), and people who are cutting down to two meals a day and sometimes one meal a day.

10. Our federal government has only provided a single $1,200 check to Americans and so many of the people who message me either didn't qualify for a check, still haven't gotten it, or had to spend it in the first two weeks.

11. So many people that I hear from either don't qualify for unemployment or have a nearly impossible time getting through to apply for it or when they do apply for it they get clogged in the system....and when they call to get help?

12. No one is coming to save the average American. No one. I know that's hard for some people in a position of privilege to imagine. So many people don't realize that the average American has to change their bank balance several times a day before making purchases.

They're just one part of the rescue process.

14. In fact, for so many people that I hear from, food banks have become a luxury. Why? The lines are getting longer and longer.

I have heard from people who can't afford the gas to wait in line at a food bank.

And plenty of people don't have cars. 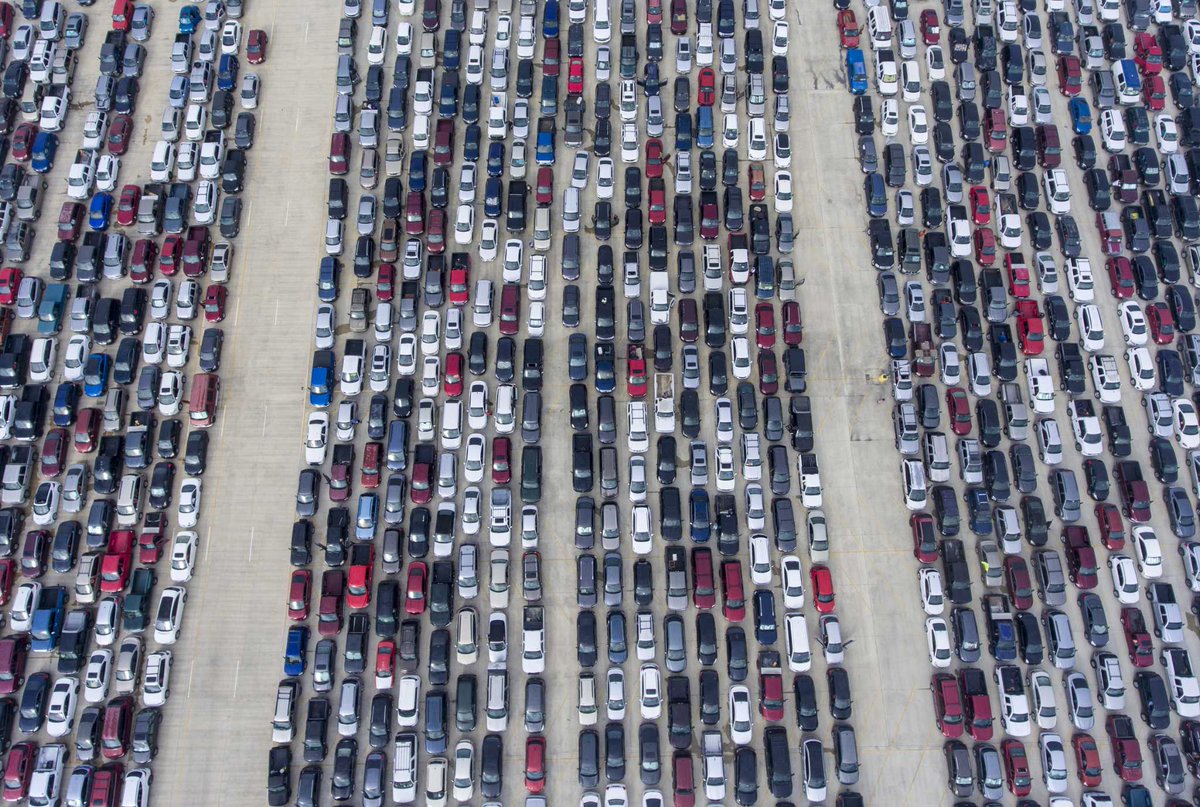 15. Because no one is coming to save the average American who is facing a crisis...it is up to you as a person in a privileged position to help. Sure, you can donate to organizations but people are facing a crisis TODAY.

That's why I'm urging you, in addition to any other giving you're doing, is to give cash (venmo, cash app, actual cash, etc) to people you know who need it.

17. As I noted in March, so many people are in a position now that they've never been before: they are in desperate need of cash and have no one to turn to.

Many people I hear from are still so deeply ashamed that they need help. They don't know how to ask for help.

If you truly don't know anyone who is in need there are plenty of people in the replies of this tweet/thread who are in desperate need for help.

19. This isn't about people being able to give their families a nice Thanksgiving (although there's nothing wrong with that). This is about survival pure and simple.

If you're the kind of person who can afford to take a two week trip for the holidays...give people cash.

20. So many people I hear from have overdrafts in their accounts and they are in the business of clearing those overdrafts just so they can have a positive balance of $75 for a day or two. This is why giving to organizations like food banks AND giving people cash is critical

21. Your fellow Americans need your help desperately...their government has let them down. It has shut down their source of income and offered nothing to back them up.

As much as I hate to say it...you may be the only hope for so many people in your life.

22. Again, if you don't know who to give cash to...there are plenty of your fellow Americans who are replying to this tweet/thread.

They are sharing their stories...it's not fun or easy.

23. For the people who may say "we already know," you'd be surprised. Every time I tell people that one of the best ways they can help is to give people they know money, I get thank you notes saying how good it felt to do it & how they would have never thought they could do it

24. Your fellow Americans need you...they don't need you to sit down and spend days thinking about what you can do and certainly not weeks. They need your help right now.

Please look around your life to see who needs money today and give it to them without conditions.