1. Scoop: Vice President-elect Kamala Harris is set to name Tina Flournoy as her chief of staff.

Flournoy, who currently serves as former President Bill Clinton's chief of staff, has worked at the highest levels of Democratic politics.

2. With Tina Flournoy coming on board as chief of staff, Vice President-elect Kamala Harris's senior team is coming together.

3. Tina Flournoy is part of a group of Black women who refer to themselves as "The Colored Girls" 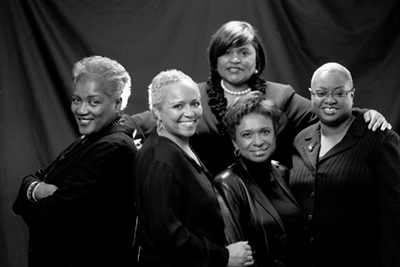 4. Axios @mikeallen confirms my scoop...Tina Flourney is set as the Vice President-elect’s chief of staff. 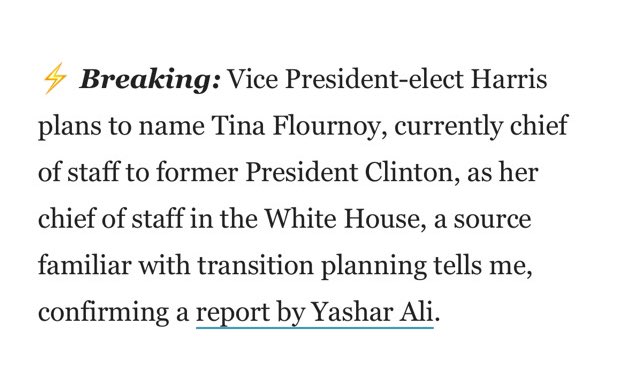 5. The Biden-Harris Transition makes it official: Tina Flournoy is going to be the chief of staff to Vice-President Harris.