A day of pride & excitement with #CovidVaccines not only arriving on Canadian soil but actually being administered to the first few lucky recipients. After the euphoria wears off, the questions will mount and many are important. Let's tackle a few, ok? 1/

How do we know these vaccines are safe if they have been "pushed" to market so quickly? No shortcuts have been taken. Phases 1-3 of testing was completed in record time because of urgency but was COMPLETED nonetheless. No shortcuts. 2/

Most vaccines are not devised to address global pandemics & there is therefore neither the $, research infrastructure, or the (hyper-efficient) vetting from regulatory bodies (FDA, Health Canada, MHRA) to get the job done so expediently 3/

Efficacy & safety evaluation standards have not changed despite the urgency of the situation. Two key trials were appropriately suspended (AZ, J&J) for illness in test subjects & not resumed until it was clear that there was no apparent link to the vaccine 4/

But what about LONG term side effects? These vaccines are so new and have barely been around for a few months. How can we be confident that three won't be adverse effects in another few months? A few years? Let me explain ... 5/

The technology being used for the Pfizer/Moderna vaccines is not all that novel. mRNA vaccine development has been going on for 30+ years. Reports that these vaccines alters human DNA, increasing the risk of cancer are completely false 6/

This is a nice explanation (maybe better than mine) 8/ 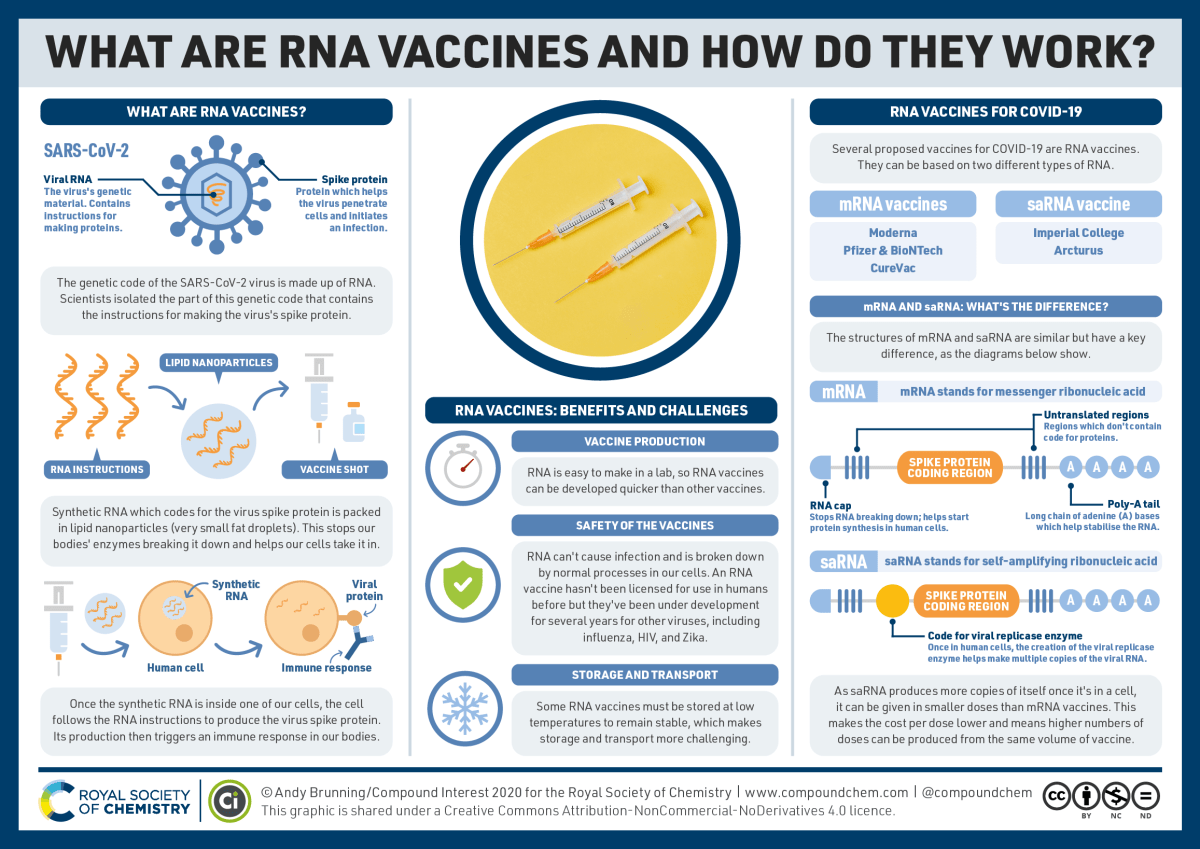 Key point is that mRNA vaccine delivery components (lipid nanoparticle) are usually safely degraded and while possible, do not frequently trigger serious immune hyper-reactive responses. This IS an efficient, safe process 9/

Another important point is that most front-runner vaccines so far (Pfizer, Moderna, AZ, J&J) are all "killed vaccines" (no live virus) just like flu, Pneumonia & Shingrix. All of these are effective & safe in patients with autoimmune disease! 10/

Finally, most vaccines do not present with rare, serious side effects out of the blue well beyond phase 3 trial testing of 30-50 K participants. You can't say never but the odds of something dreadful showing up in the next 3-6 mths is VERY VERY low 11/

So at the end of it all, ask yourself: Would I rather take the chance and wait, while myself and others around me are at risk from a potentially lethal virus - or can I accept that sometimes modern miracles DO happen? It just happened 12/ #RollUpUrSleeve2Win

Not vaccine related but just a tribute to all the amazing support workers in LTC who have been witness to unspeakable loss & trauma these past 9 months. I salute you. I honor you. I admire you. THANK YOU for your selflessness & humanity. 13/ End