The common understanding of propaganda is that it is intended to brainwash the masses. Supposedly, people get exposed to the same message repeatedly and over time come to believe in whatever nonsense authoritarians want them to believe /1

Political scientist Haifeng Huang writes that the purpose of propaganda is not to brainwash people, but to instill fear in them /2

When people are bombarded with propaganda everywhere they look, they are reminded of the strength of the regime.

In fact, the overt silliness of authoritarian propaganda is part of the point. Propaganda is designed to be silly so that people can instantly recognize it when they see it

Propaganda is intended to instill fear in people, not brainwash them.

The message is: You might not believe in pro-regime values or attitudes. But we will make sure you are too frightened to do anything about it.

China’s primetime news program, Xinwen Lianbo, is stilted, archaic, and is “a constant target of mockery among ordinary citizens.”

Yet the Chinese government airs it every night at 7pm sharp. To remind citizens of the strength and reach of the communist party

They are costly signals of the political campaign’s willingness to expend resources. A demonstration of commitment

Prof. Huang found that Chinese citizens who were more knowledgeable about propaganda messages were not more satisfied w/the government. They weren't brainwashed

The message from authoritarians is "Yes, we know this message is tiresome and obviously false. But we show this to you to tell you that helpless to do anything about it."

People are more likely to rebel against a regime when they sense that it is vulnerable. By broadcasting a consistent message repeatedly, the state broadcasts its power

A weak organization can’t produce such messages. They can’t expend the resources. A strong organization can play the same program every night on all networks. They can broadcast the same message on every website and advertisement and television series.

As Huang puts it, “citizens can make inferences about the type of government by observing whether it is willing to produce a high level of propaganda, even if the propaganda itself is not believed by citizens.”  https://www.jstor.org/stable/43664158#metadata_info_tab_contents … 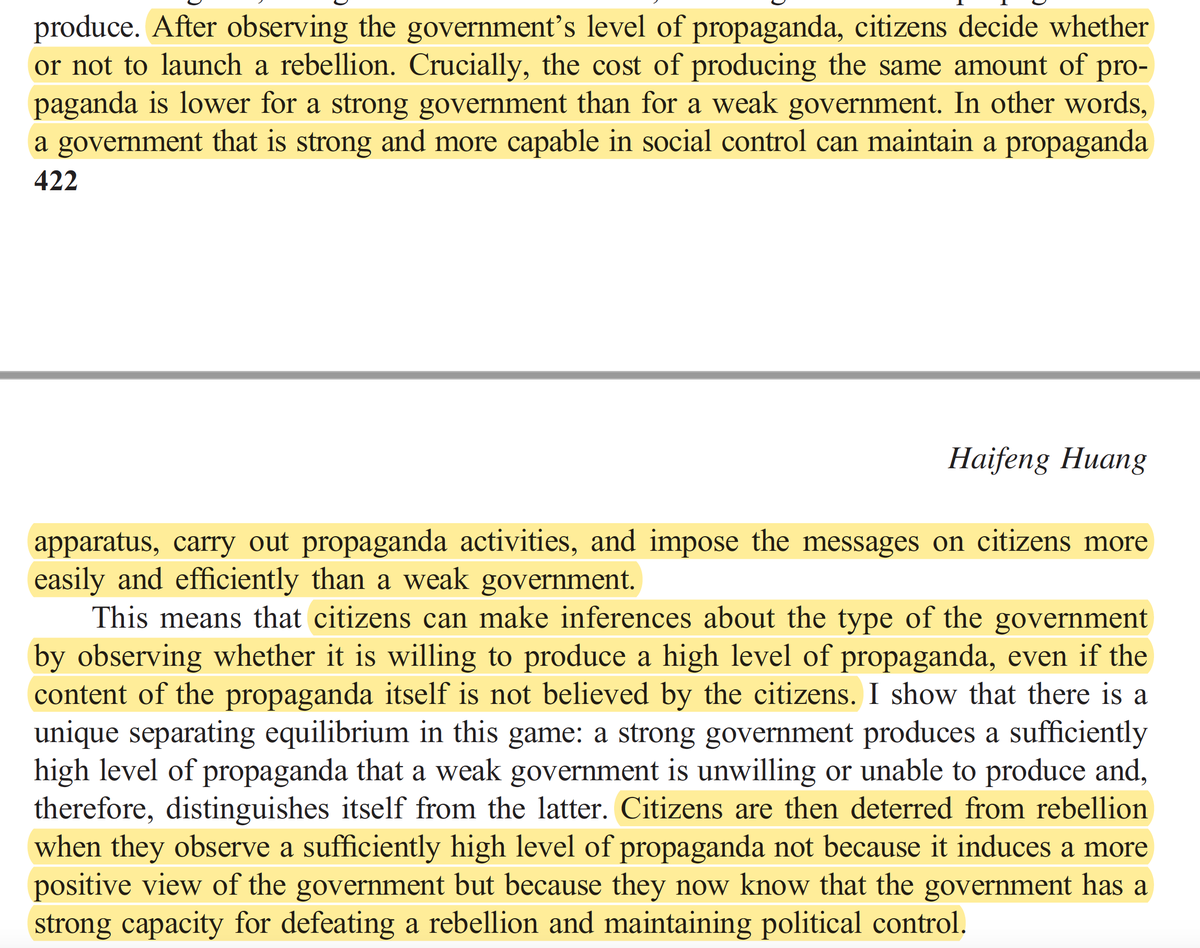 They habituate citizens into acting “as if” they believe in the official doctrine, if for no other reason than that they do not publicly question it

The political scientist Lisa Weeden has written why authoritarian regimes coerce their citizens to engage in preposterous rituals. "the greater the absurdity of the required performance, the more clearly it demonstrates that the regime can make most people obey most of the time.” 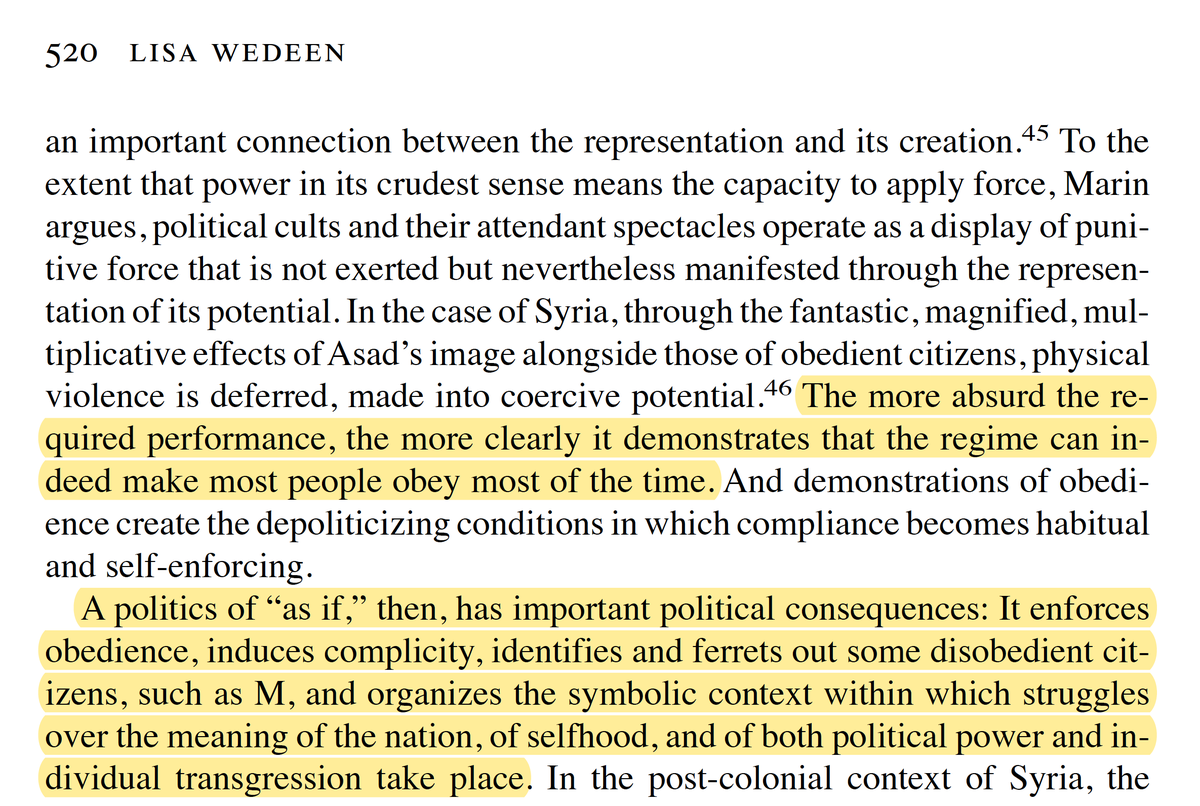 If a regime can make the people around you partake in absurdities, you are less likely to challenge that regime. You will be more likely to obey it.

Of course, this doesn’t mean regimes are not interested in indoctrination. They would prefer if people really did hold pro-regime attitudes and values

But the purpose of propaganda is not limited just to instilling desired beliefs.

Often, demonstrating the regime’s strength, capacity, and resources to intimidate people is a more important goal.

If you're interested in human nature, check out my newsletter:  http://eepurl.com/gNOyq5