The women, who were Scientology members, will have to resolve this in religious arbitration. Who will the arbitrator be? A Scientologist 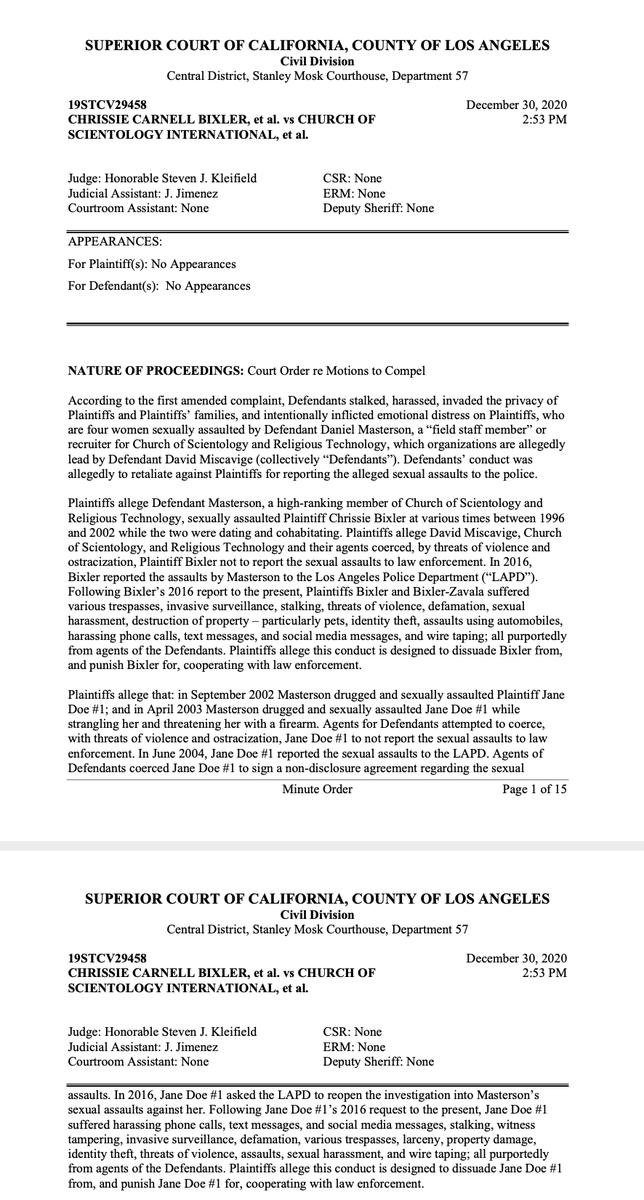 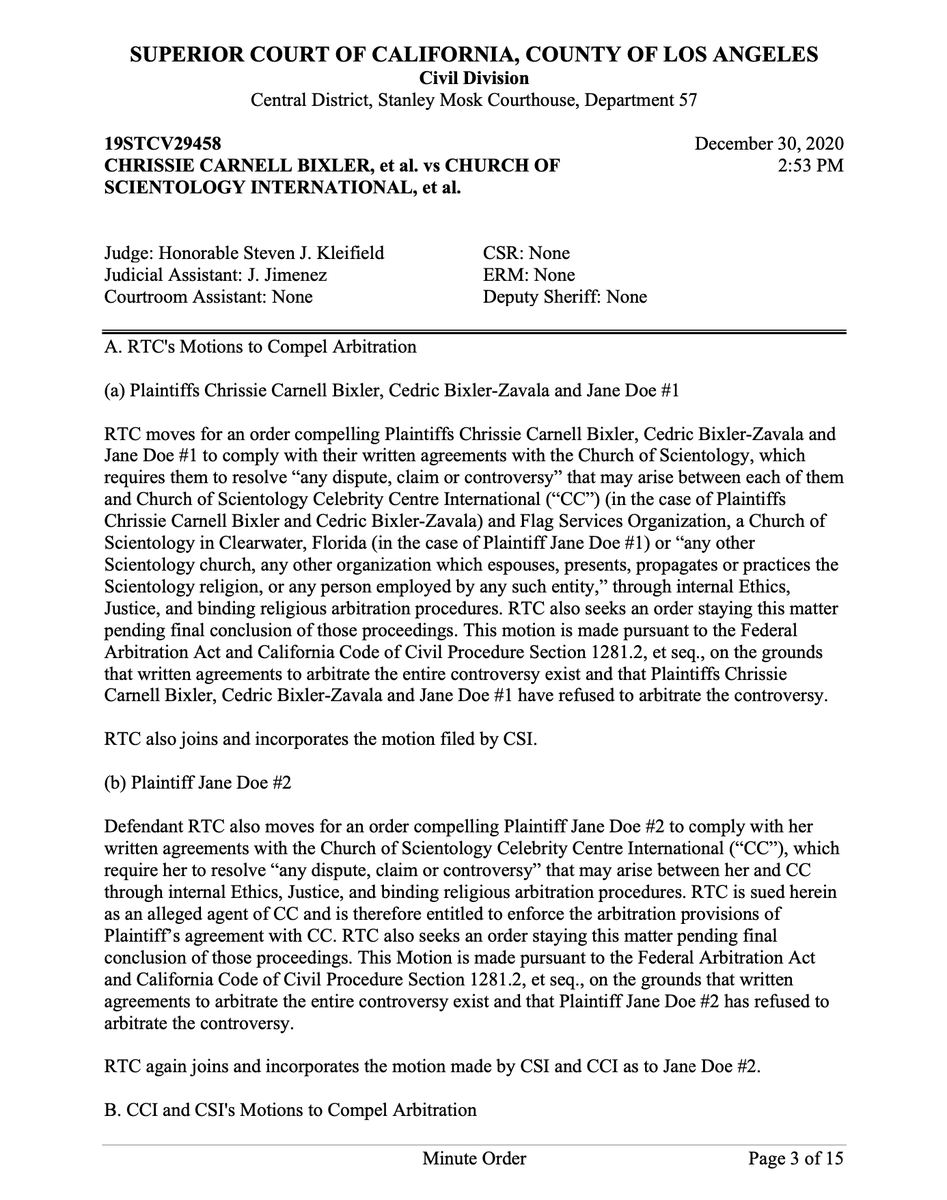 2. You may be wondering, were three of the four women Scientology employees. Did they sign religious arbitration agreements as part of an employment contract?

Nope, welcome to Scientology, where you have to sign all your rights away just to be a member.

3. Keep in mind, this DOES NOT impact the criminal case against Danny Masterson. That is a separate matter. This is only involving the civil case.

But it shows how the long arm of Scientology can impact former members long after they've fled.

4. When you become a member of Scientology, or as they put it, if you want to receive "religious services" you are required to sign a document waiving many of your rights.

Here's the part which requires any disputes to be resolved in religious arbitration. 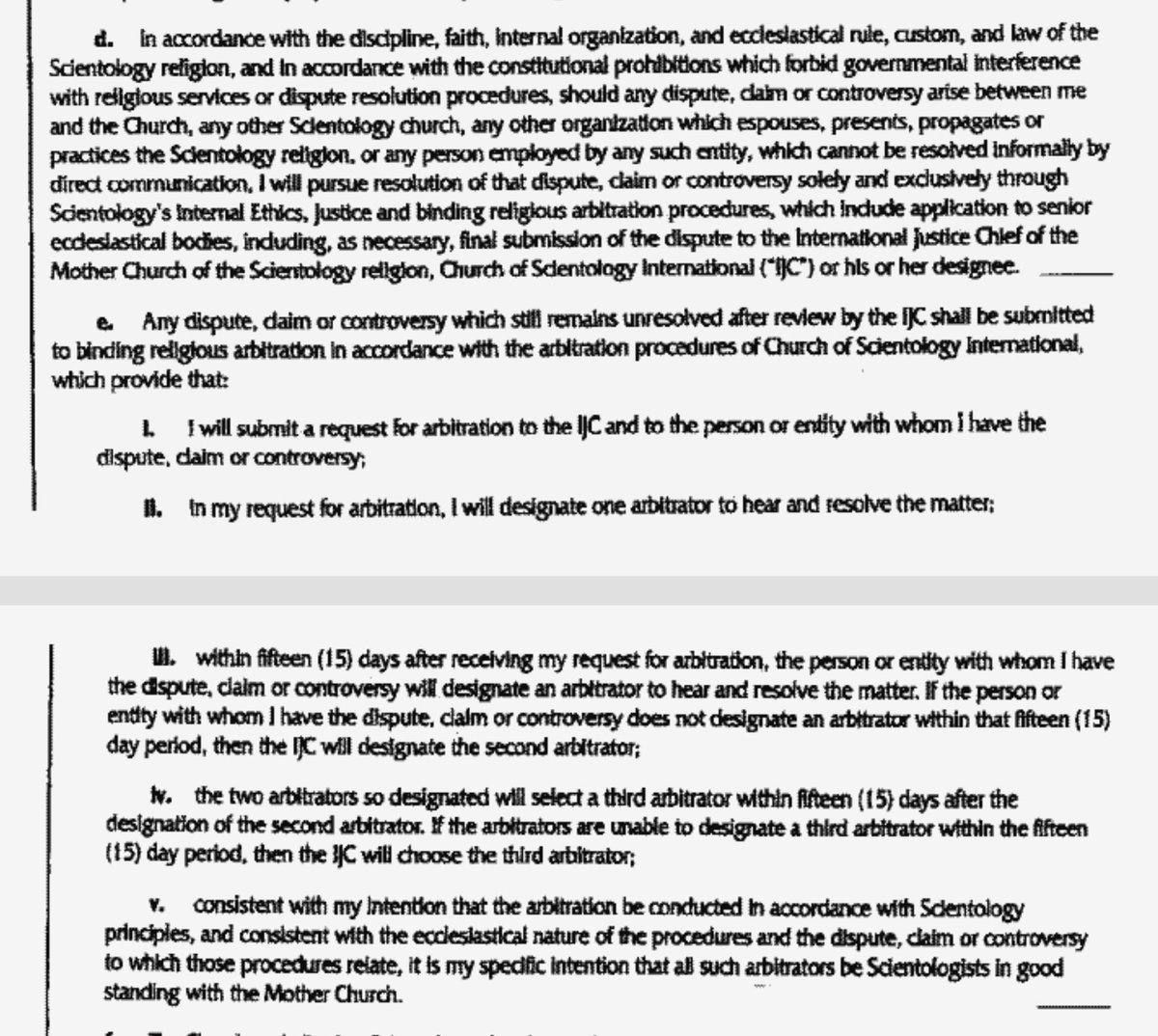 5. Another part of this agreement, which every single member is required to sign (there's no such thing as passive attendance in Scientology...everyone is a member), is you can't ask for, view, or copy folders they have on you which is basically transcripts of your confessions 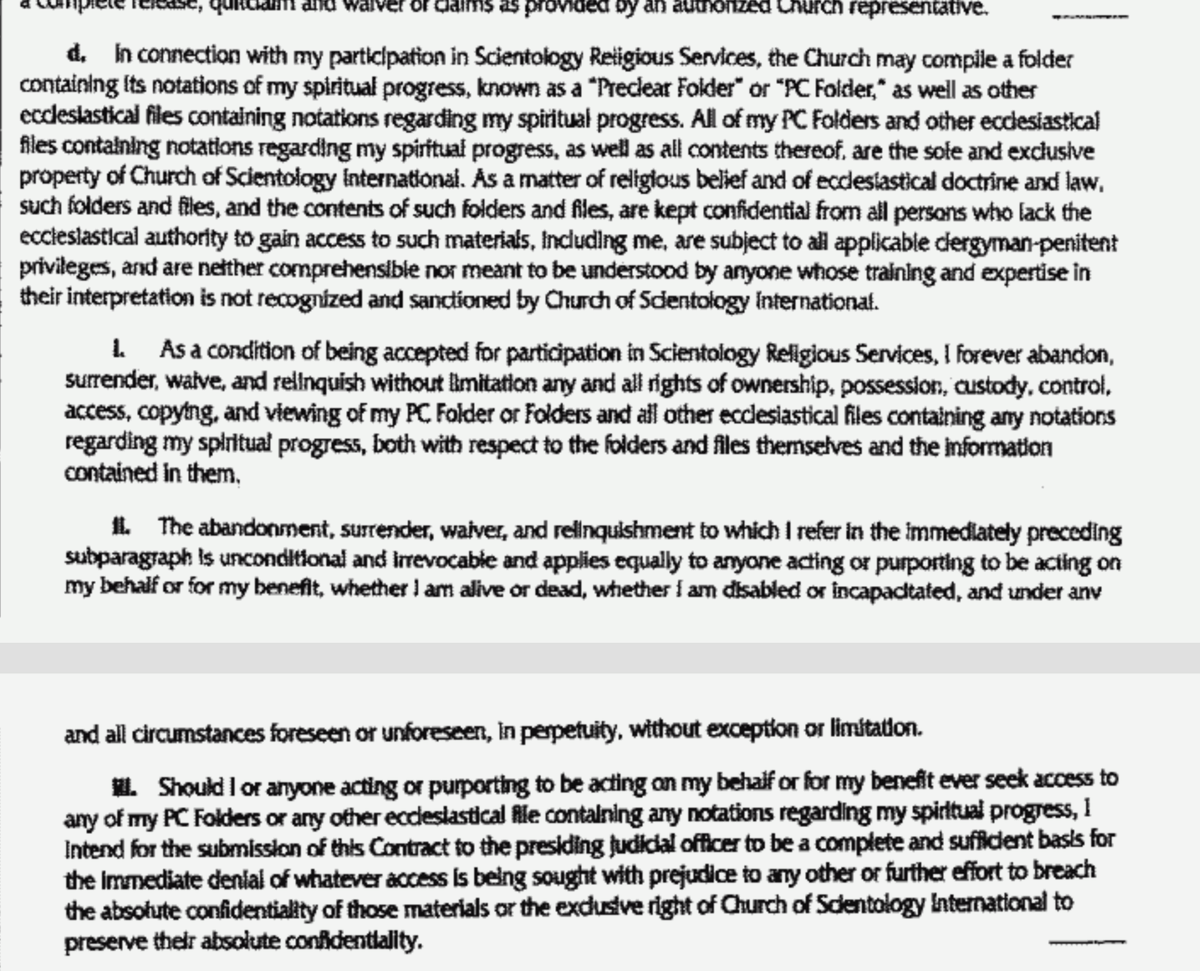 6. Another part of the agreement is central to Scientology...you confirm that psychiatry is the ultimate evil and you essentially give up your right to psychiatric treatment of any sort.

You may also not use psychiatric labels or medication.

This is not open to negotiation. 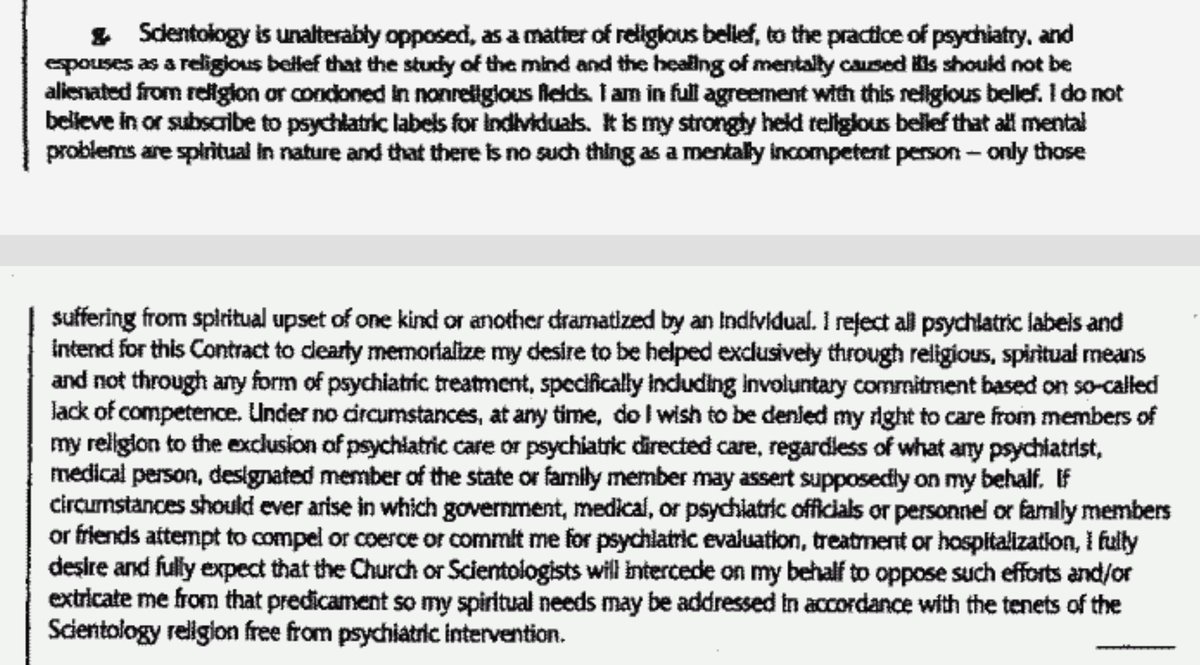 8. If a Scientologist has done something to another Scientologist of a criminal nature, they are strictly forbidden from ever contacting local, state, or federal authorities about it.

Keep in mind, some religions have encouraged silence, with Scientology, it's written policy.