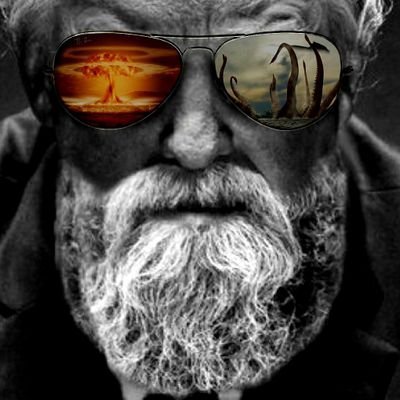 If you find yourself worried right now, ask yourself these questions...

1) Why would Trump (a man hated by those who are falsely claiming the presidency) approve the use of hangings and firing squads AFTER the election in which he seemingly "lost"?

2) Why are they pushing SO hard to impeach a president that supposedly leaves office in 12 days?

3) Do you really think Trump leaves office without playing ANY of his Trump cards?

Do you think his EOs (especially on foreign interference in the election) were just for funsies?

4) We were warned of a neccessary "scare event". What does this seem like to you?

We were told that only at the precipice will people find the will to change. What does this seem like to you?

We were told POTUS would be isolated from making arrests for optics.

5) Trump used to be adored by the MSM and most of the country.

If he walks away and gives up, 75% of people will either hate him or feel betrayed.

Why would he ruin his reputation and lower his net worth considerably just to let them win and put himself in their crosshairs?

6) During last night's speech, did you hear any of the following?

What was his last sentence of the speech?

7) After the living hell that all of these evil scumbags have put Trump though for 4 years, do you really think he would leave office without declassifying EVERYTHING he has on them?

He knows they'd come after him AND his supporters.

Do you think all of the strategic moves that have been made to set the stage were just for funsies?

Where is Haspel?
Why did Barr step down?
Why didn't POTUS fire Wray?

8) Why would several White House officials be stepping down right now?

Are these resignations or arrests?

9) Did you know the DNI report on election interference was given to congress yesterday?

Might they have a reason to be sweating bullets and screaming for Trump's removal?

Feeling pressure from their handlers?

10) Has Trump ever made a statement that didn't come true in the future?

"We caught them all."
"The United States will NEVER be a socialist country."
"The best is yet to come."

11) How many proofs have you been given?

Are we not seeing the info given to us in early drops lining up perfectly as we speak?

Do you not realize that we are literally fighting for the future of mankind?

There is SO much going on outside of our election to deal with.

Do you understand what Q means when he says "we have it all"?

They hear these people BREATHING.

You are witnessing the greatest military operation in the history of the world.

My last piece of advice.

Turn off the MSM.

Trust your instincts and don't let yourself be overcome with emotion.

We've been trained for this.

Put on the armor of God and be a beacon of hope for those around you during this chaotic time.

PATRIOTS NEVER GIVE UP.

What powers does the Constitution give POTUS?

Is Jan 20th the hard deadline, or can that be delayed if certain events transpire?

What happens if whistleblowers come forward soon, admitting their part in rigging our election?

What if that already happened?

Do you think Trump would spend 4 years of his life turning this country around, reviving our economy, establishing peace relations in the middle east, putting an end to China's stranglehold over us, etc...if he thought Biden/Dems would simply undo it all?