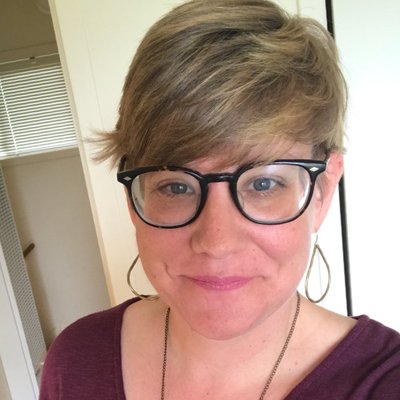 As a veteran of several hurried rewrite projects, I can say with confidence that if parler is “rebuilding from scratch,” the SOONEST they’ll be back online is July.

Now would be a good time to check and boot them.

Parler’s CEO is now claiming they’ll have less than 12 hours of downtime for the switch away from AWS. 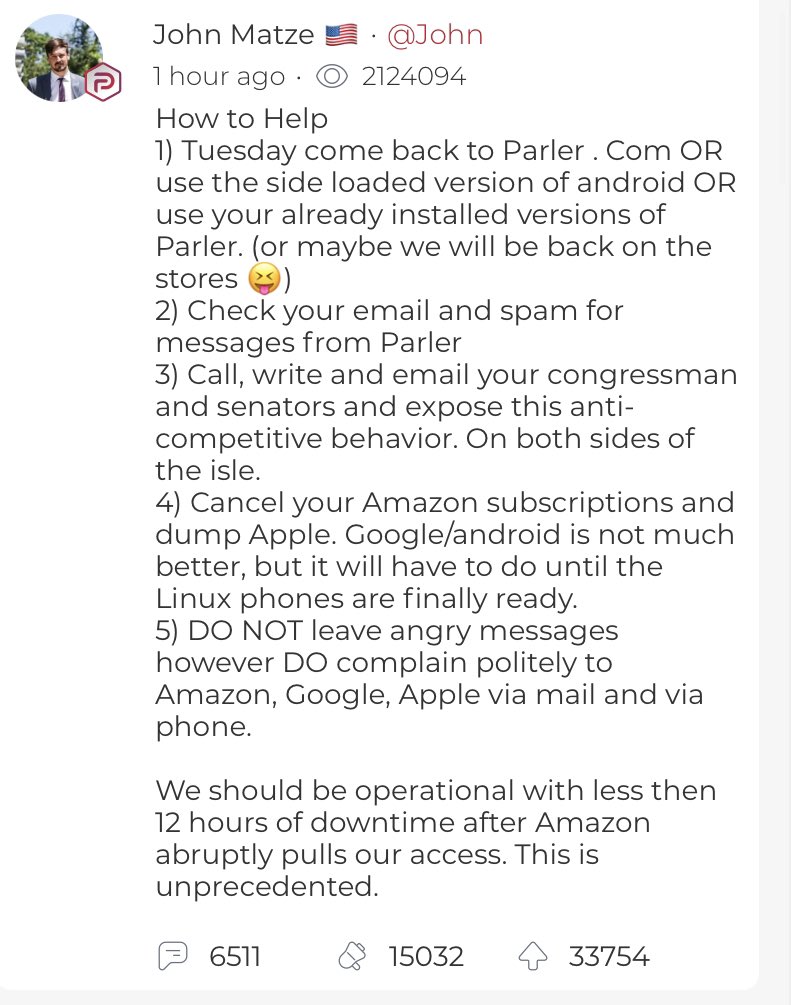 I’m curious about their backend codebase. I vaguely remember hearing that it was php, but now I can’t find anything about it. Anyone know?

I worked on an open source social network, and if it were a fork of that codebase, they’d be in violation of the terms of the license.

I doubt it is, but I’m curious.

In my experience, when someone says their web app architecture is “cloud neutral”, what they really mean is “I’ve wrapped functions around all my AWS API calls”.

As long as the new cloud uses the same metaphors & breaks operations down the same way, it’s totally portable!!!

Guess how many clouds use exactly the same metaphors

Twilio has suspended parler’s account. A good start. Thanks @twilio

parler’s email provider and law firm have terminated services, as well as unspecified other vendors.

It’s really hard to do software development these days without depending on external services.

I have worked with software teams who didn’t want to use these services, often because they saw the service providers as competitors. For example - retailers often don’t want to be on Amazon web services because they directly compete with Amazon’s retail arm.

So I have some experience building software without access to the common services.

It’s hard. Working without software development services and APIs throws a huge amount of sand in the gears. It drastically reduces how quickly you can improve the actual product.

There’s a reason you’ve heard so much about APIs and services the last few years, even from the non-technical business press.

It’s all about improving your product faster by relying on the expertise of other companies.

All that to say - most teams should embrace web services & APIs. Amazon isn’t your competitor until you have a successful product, and getting to a successful product is surprisingly hard. Putting sand in the gears early generally just means you never get there.

But the one time you shouldn’t embrace services & APIs is when you’re going to host illegal content. Such as, say...detailed planning for the violent overthrow of the US government.

Because then, each service becomes a takedown vector.

If you’re just hosting run of the mill conservative content, you will have no issues. Amazon web services continues to host the National Enquirer, for example, even though they’ve directly targeted Jeff Bezos in the past.

parler registered their domain name through @DreamHost, which at the moment, is denying that they can do anything about it. 🤔