A Threat About the Nuclear Transfer of Power: When President Trump departs Joint Base Andrews at 8:00 am on 1/20, he will be accompanied by a military aide and an emergency actions team, never more than 2 doors or 2 minutes away... for the last time. 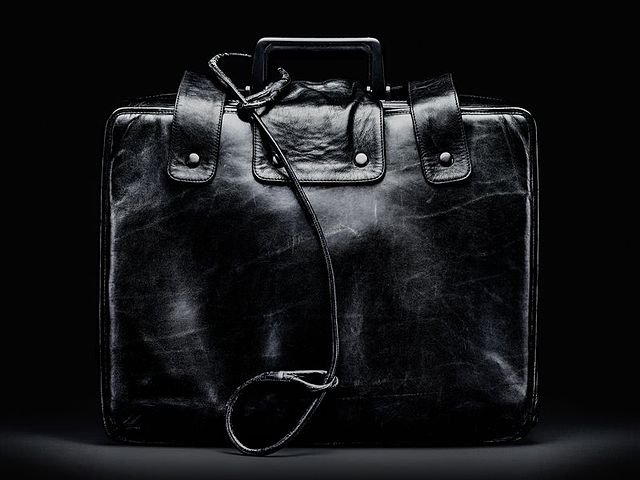 Simultaneously, as Joe Biden and Kamala Harris begin their day and prepare to depart for the U.S. Capitol, two teams of military aides -- with two other satchels -- will shadow them.

As VP Pence departs in a motorcade from the Naval Observatory, a FOURTH team from the White House Military Office will ride a few cars behind him.

And somewhere in a fortified bunker outside the National Capital Region, a FIFTH team, with a fifth "Presidents' Emergency Satchel" will sit quietly in a room munching snacks, as a "Designated Survivor" watches the inauguration on television -- or maybe catches up on TikTok.

A recipe for mass chaos? Confusion? Fear not. Of all things, the formal and operational transfer of status of the National Command Authority -- the person authorized by the Constitution and the law to initiate military operations including nuclear ones -- will be the smoothest.

The directors of operations will have rehearsed the next few hours in detail, under the direction of the J3 -- the Director of Operations of the Joint Staff and his or her Nuclear Operations Staff.

They'll be linked in communication by at least FOUR redundant, survivable voice links. And they'll have instant connectivity with all of the military aides around the principals using the Presidential National Voice Conference System. 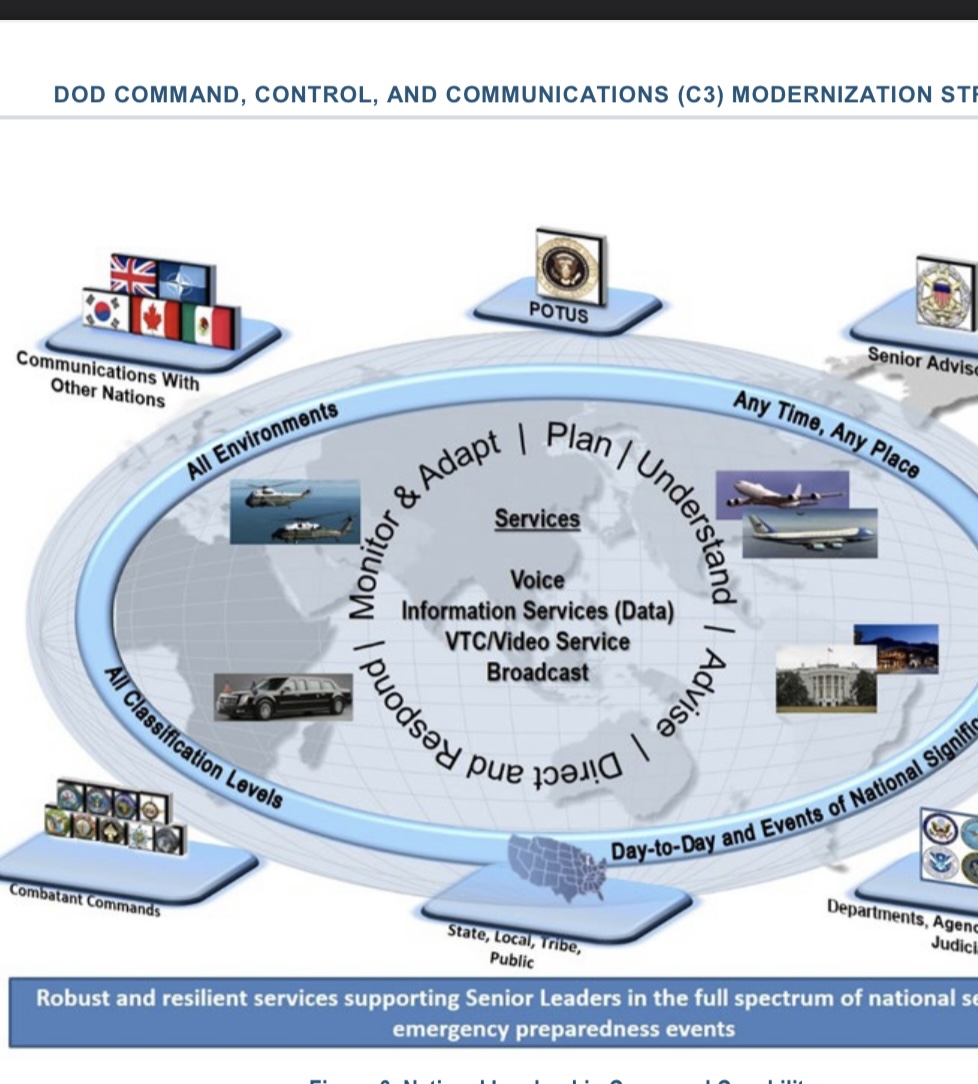 This is the National Leadership Command Capability, the evolving bedrock of the next generation of nuclear command and control, as well as continuity of government communications.

Before Wednesday, sealed authentication system
"cookies" prepared by the NSA will have been distributed to all of these command centers; the principals -- all five -- will have their own separate NCA authentication cards. Until 11:30 ET, Trump's and Pence's will be valid.

Who determines validity? Is there some special message that goes out? Yes. The Deputy Director of Global Operations at the NMCC will have sent out instructions as required by the Emergency Action Procedures of the JCS.

As each NCA goes off-line or a successor comes online, the operations directors will be notified in real time. (They will be watching on TV, too.) And the content of the SAS biscuits in their possession, locked in safes, will correspond with the ones held by duly-sworn officials.

From 11:30 - when Kamala Harris is sworn in -- if there's an emergency, the ops centers will look to Trump, first, and then, Harris, if they can't find Trump. After Biden is sworn in, the biscuit belonging to Biden -- and only Biden -- will be recognized a the command centers.

The end state is continuity of government. Trump's military aide in Florida will probably fly back to DC sometime that evening. If Trump doesn't want to give back his biscuit -- classified as an object at the TOP SECRET//NC2-ESI//FRD level -- he becomes liable for its keeping.

But the biscuit will be useless, other than as a protected item that he is obligated by law to protect as highly classified. It -- he -- cannot initiate anything. He will be powerless.

How could this fail? Well, one ops director might go rogue and refuse to recognize the right authority at the right time. But there are backstops in place; their higher-ops in the chain of command will order them arrested and immediately replaced.

Initiating any sort of emergency war order at any of the command centers requires at least TWO people -- but there are backstops here, too. The Pentagon has the capability of cutting off the rogue command center from the rest of the National Military Command System.

Meanwhile, as Biden makes his way to the White House, the Roadrunner vehicle in the motorcade, newly configured to connect to Advanced Extremely High Frequency satellites and others in a polar orbit, will allow him and his military aide to initiate and respond to contingencies. 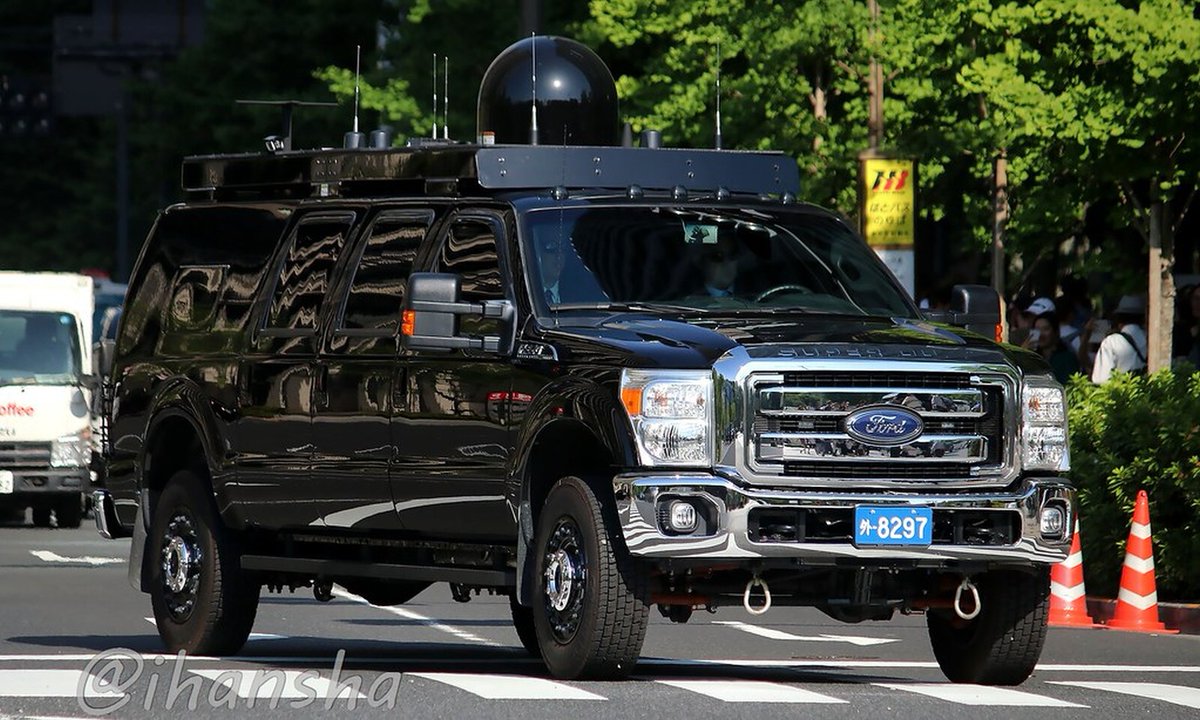 What if Trump orders something deranged between now and noon ET on 1/6? Technically, if the order is lawful, it will be carried out. Practically, because there are so many humans in the way, unless there is unambiguous warning of an incoming attack -- a "spasm" scenario --

...it will be extraordinarily difficult to assume that the officers and NCOs will respond to an unfamiliar or unexpected order without consulting with lawyers, higher-ups, civilians, and others.

This may or may not offer comfort. The President is the catch on the trigger because the NC2 system is designed to disseminate nuclear war orders quickly, assuming, always, since 196_-something, that the threat of annihilation will deter a larger attack -- and

generating nuclear assets to allow for a second strike in response to a first. (Or, as the SecDef says, this is "blah blah, blah bluh.) Deterrence.

There are many ways to reform this system. As I've written elsewhere while it IS designed to withstand an internal bad actor -- an insider threat from the military -- it is NOT designed to account for a non-lucid Commander-in-Chief.

It is NOT designed for deliberation. It is designed to terrify potential adversaries. It is not designed for calibration, although there are many options available to the President in terms of the damage and death he wants to cause. (A little in this case would still be a LOT.)

It is not foolproof. It is vulnerable to information disorder. (Social media isn't treated as a sensor, yet.) Cyber issues. No way to recall missiles after launch. No requirement forcing POTUS to consult before acting. There is also no reason why we can't re-examine all of this.