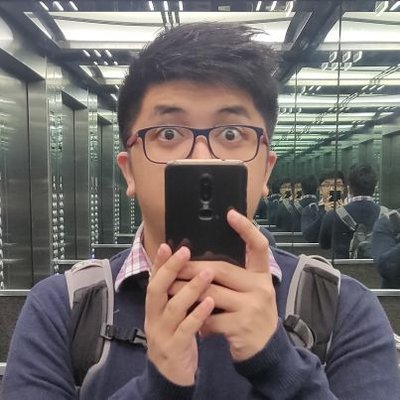 Compiling a thread of non-news organisations caught in the Facebook ban, here. 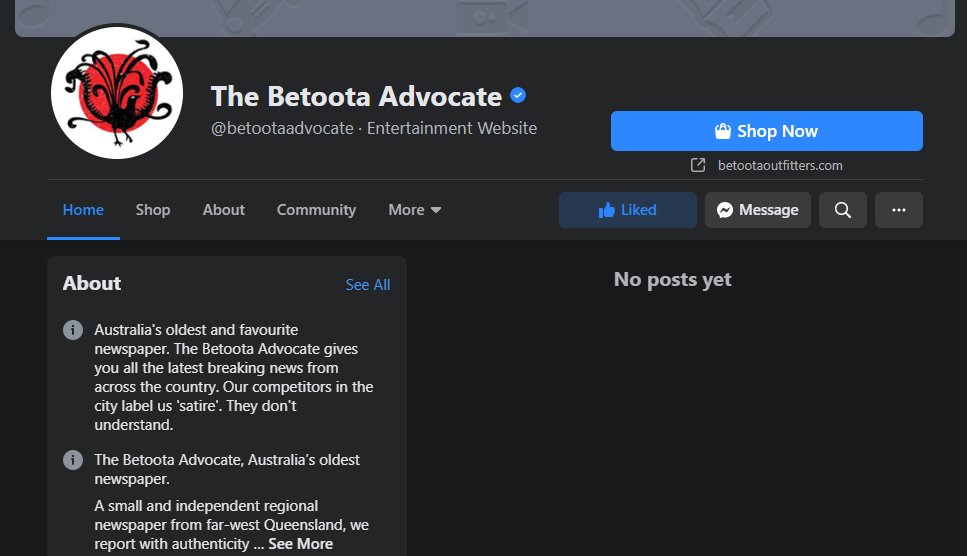 The Bureau of Meteorology @BOM_au 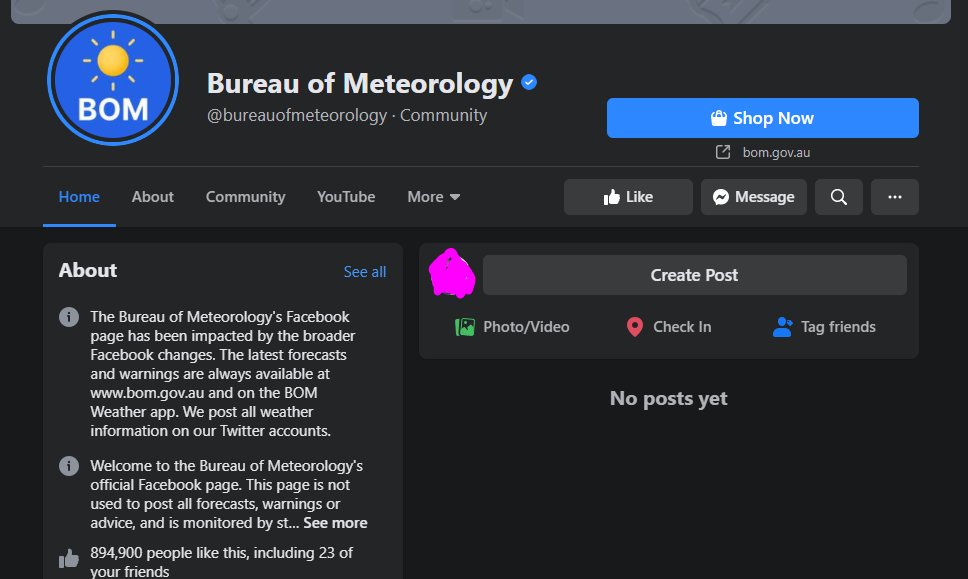 Ouch. @1800RESPECT. An organisation for victims of domestic violence.

The @actgovernment. Interestingly not other State Government pages? 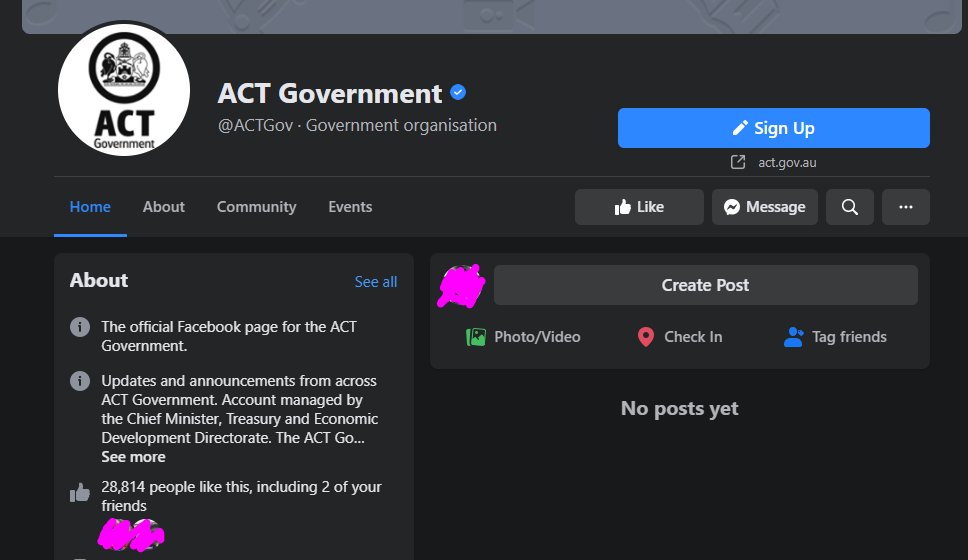 The Tasmanian Government as well.

Borderline, but Christian Media and Arts: 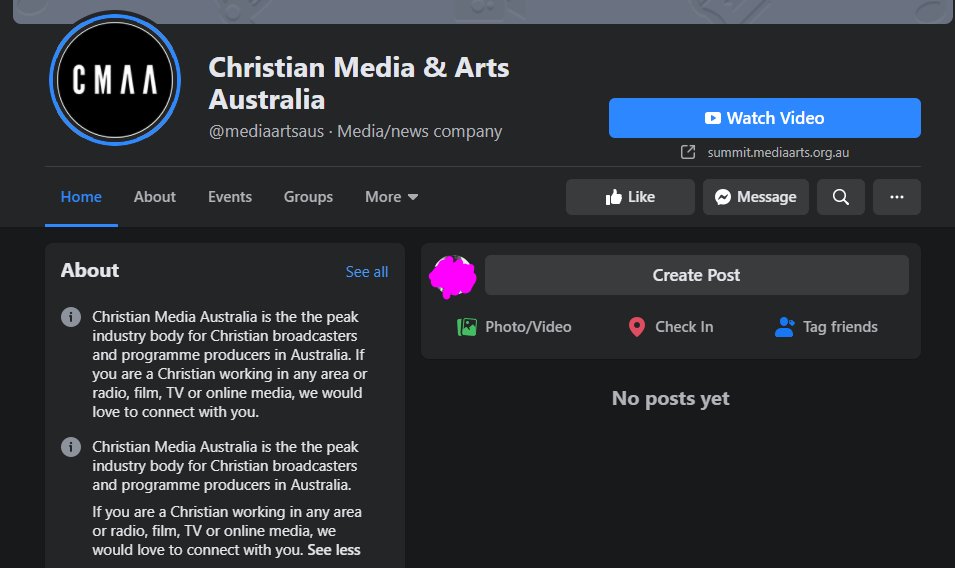 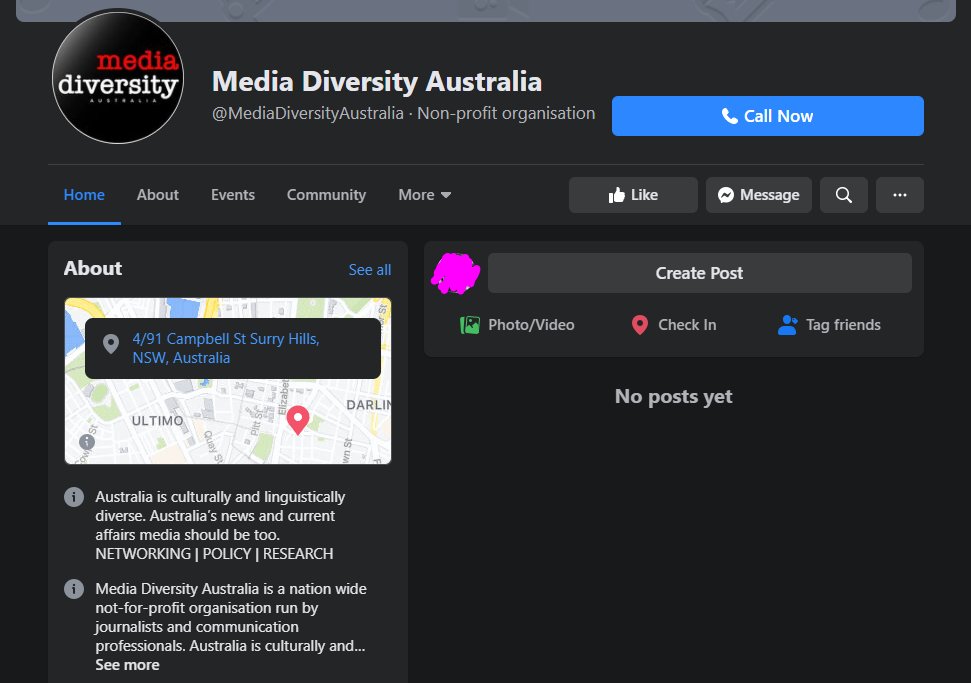 The @walkleys, a journalism prize page has been banned. Interestingly, the @withMEAA has remained intact. Both are journalism and media industry focused, so why has one survived but the other hasn't? 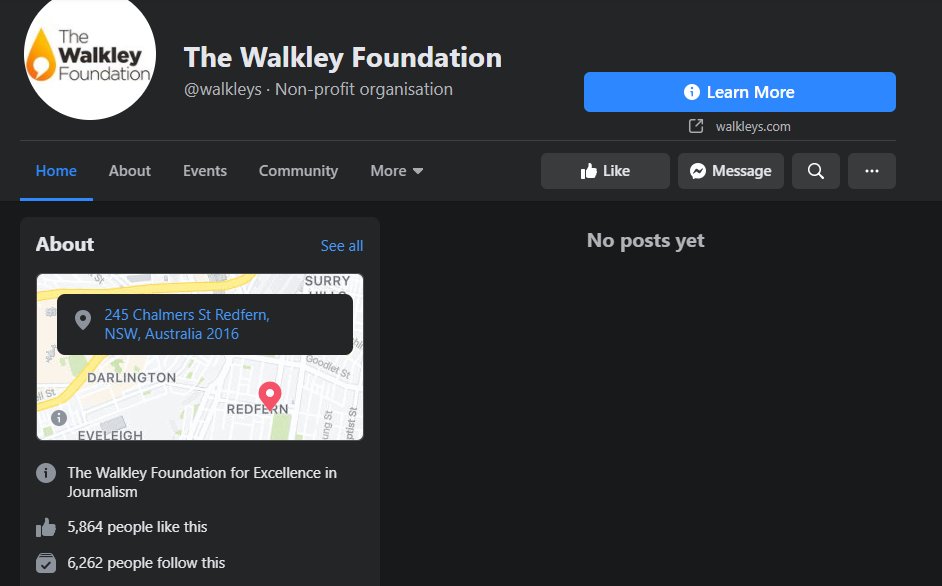 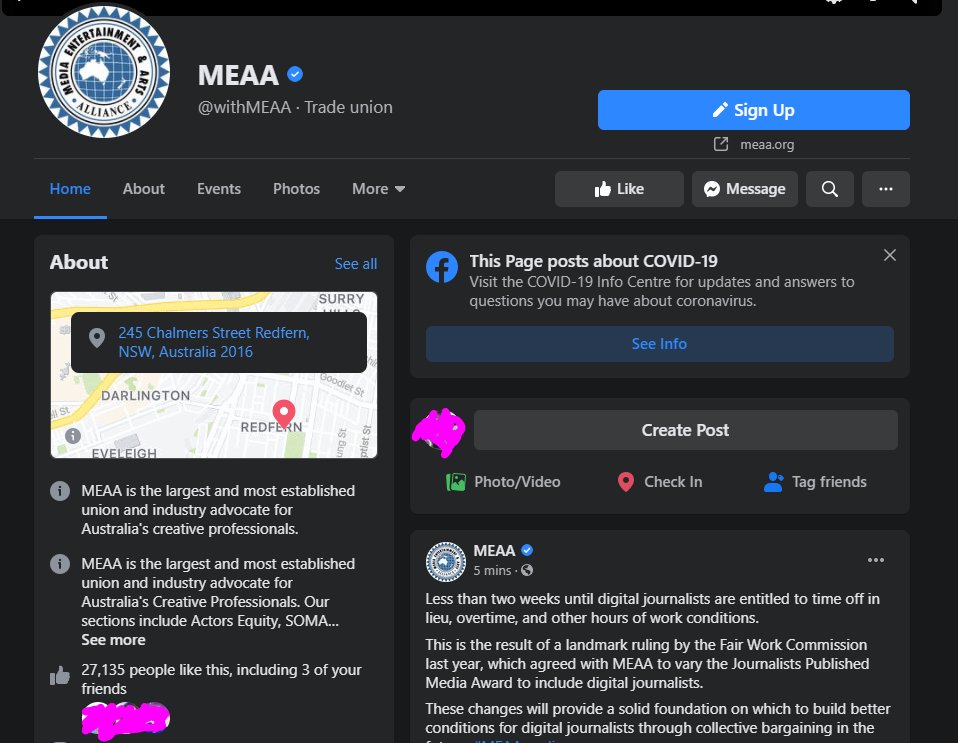 Women's Rugby League is down, but many of the main sports pages (NRL, AFL) appear intact. 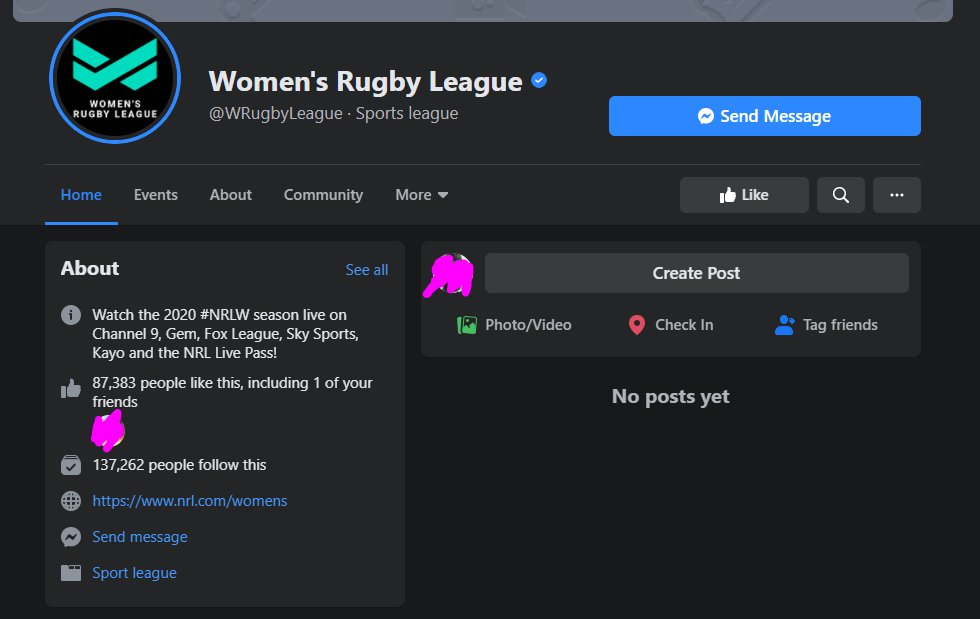 QRL is down, individual sports teams in the state I've looked at thus far seem intact. 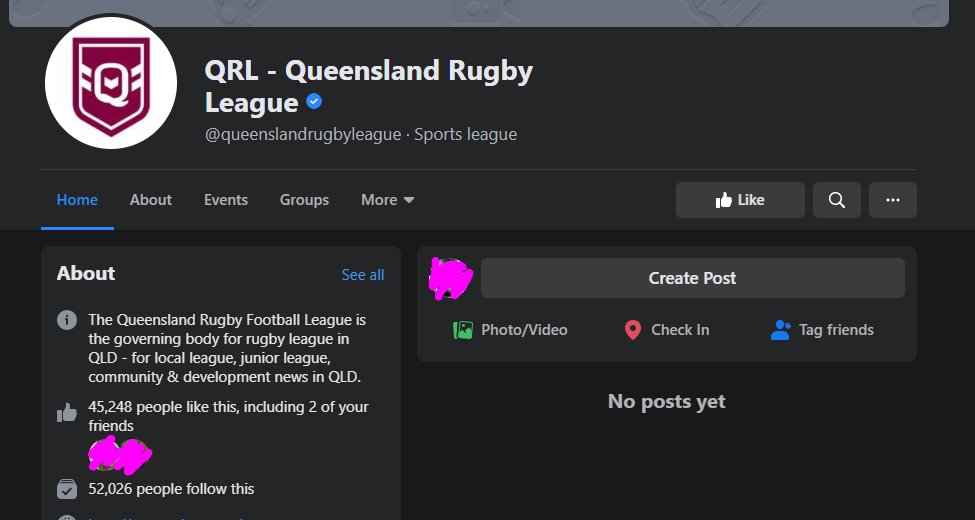 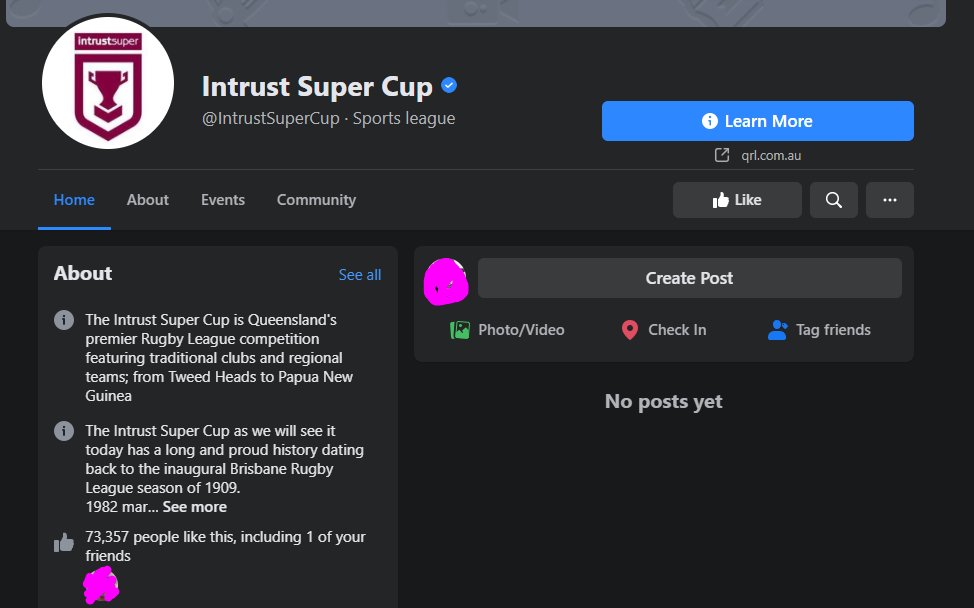 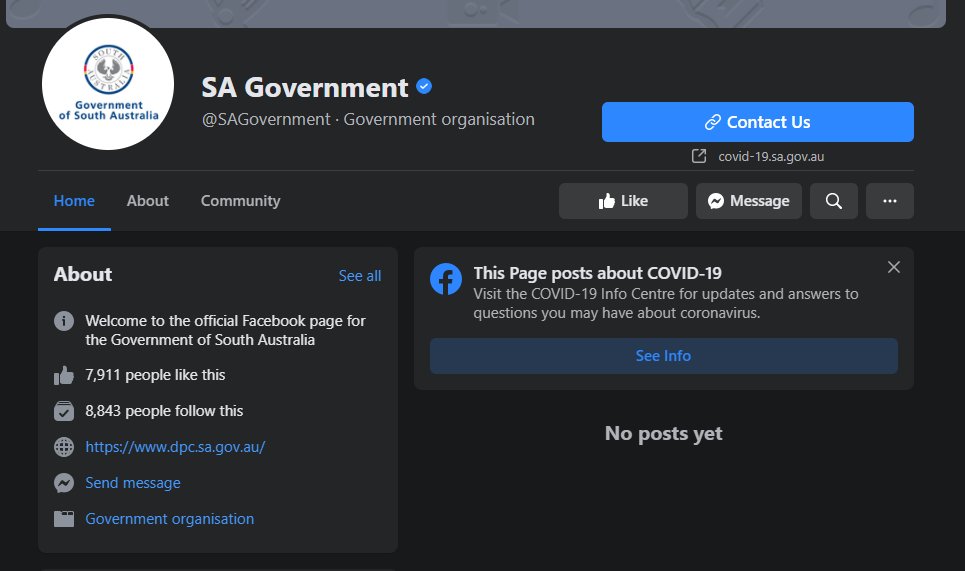 has also been caught up in the FB ban. 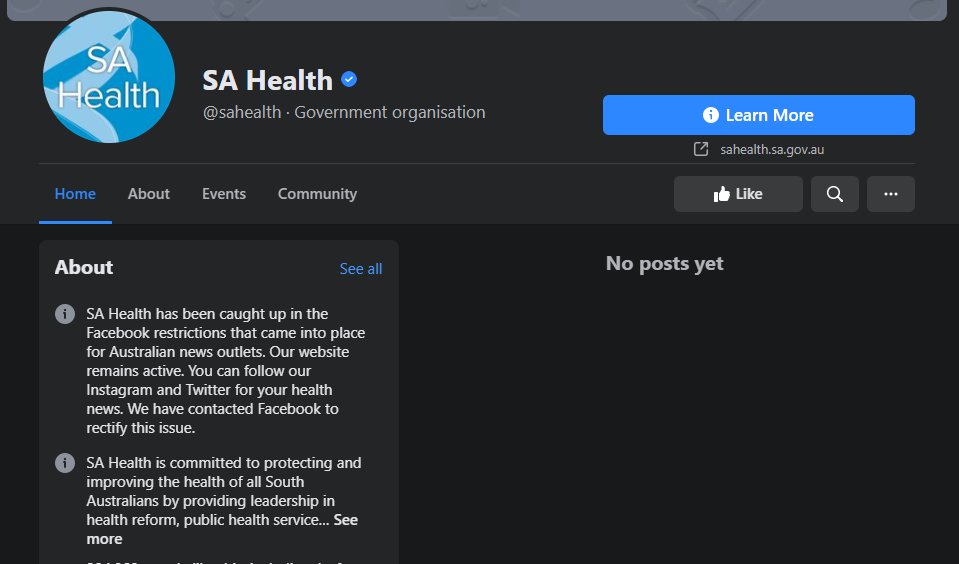 Western Sydney Health is down as well. 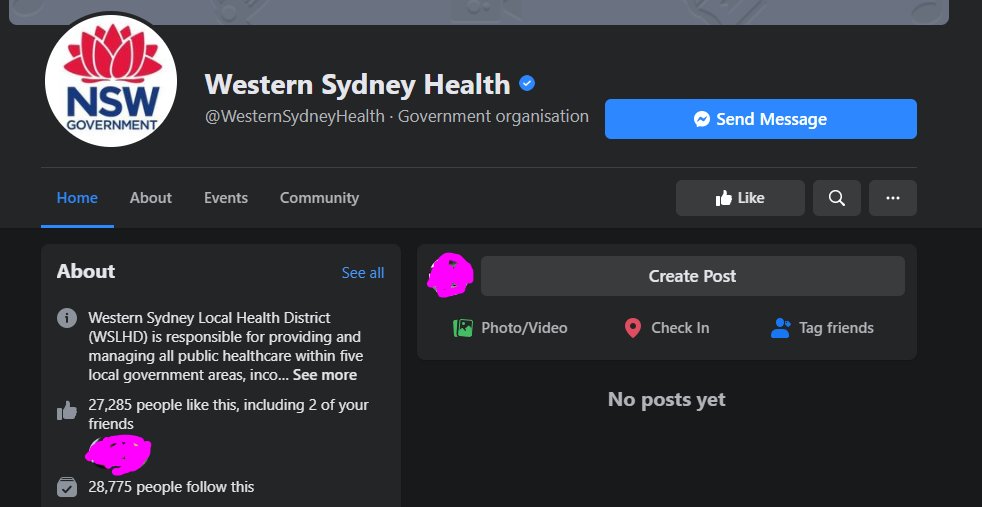 As is Sydney Local Health District: 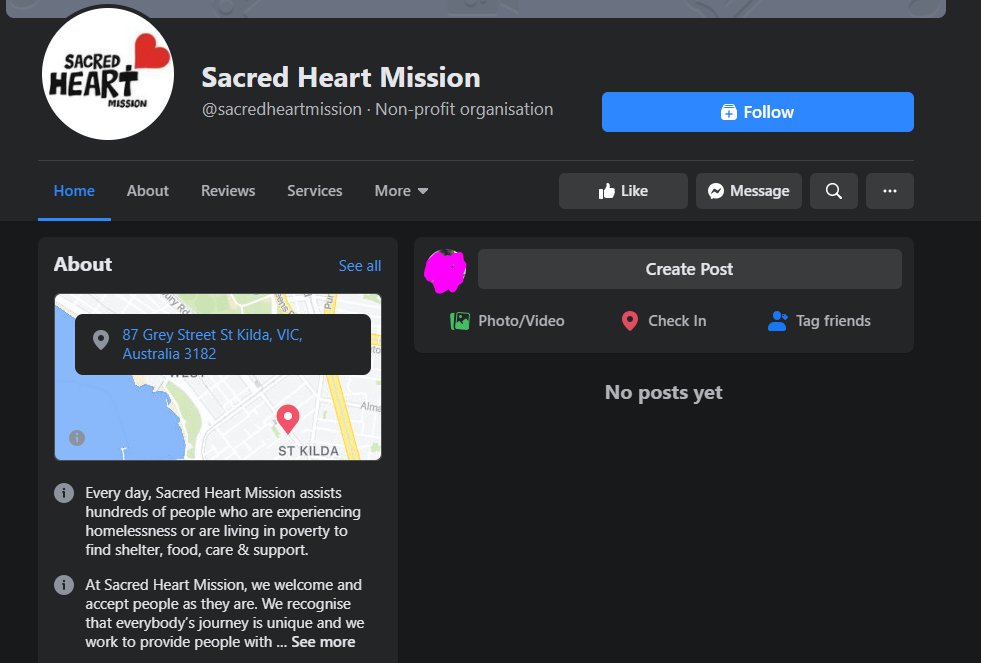 Same for Council to Homeless Persons: 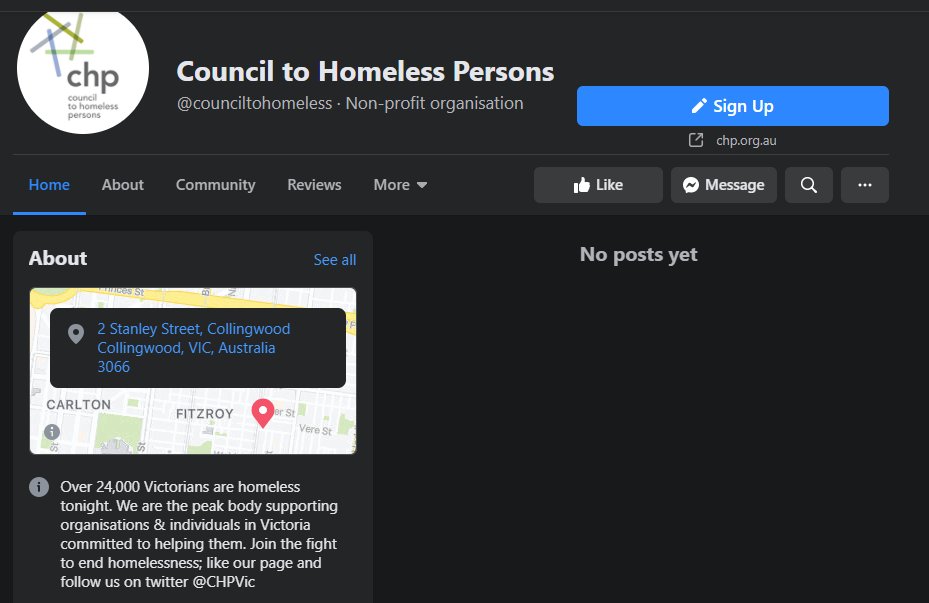 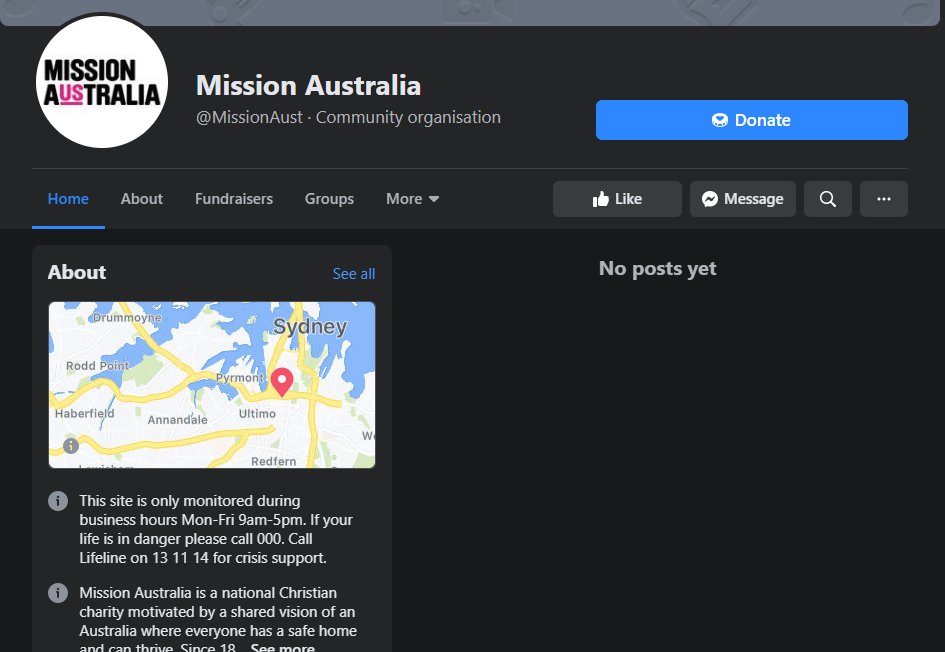 WOW. Major retailer @HarveyNormanAU has been caught up in this as well. Ping @dchen21 @ElysseMorgan 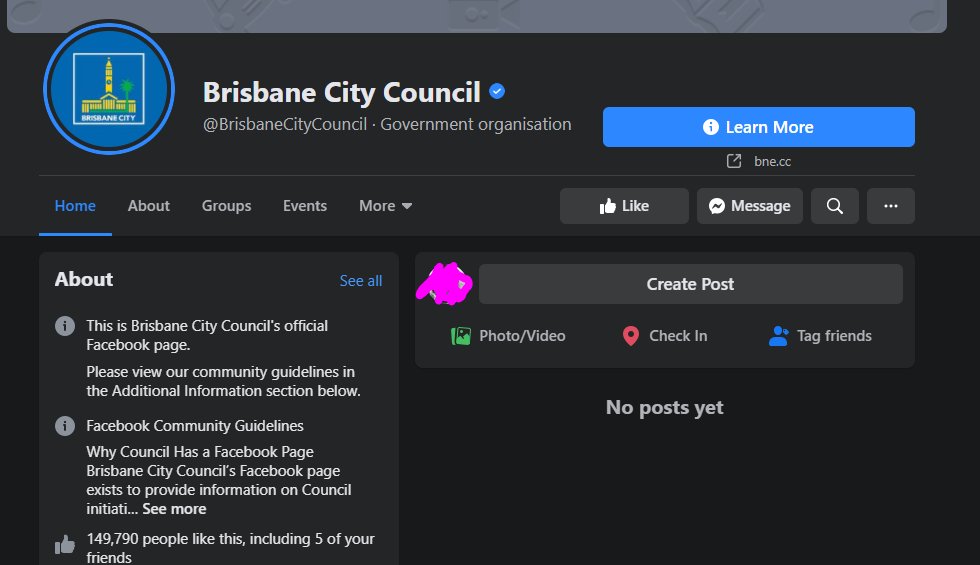 QLD energy company @Energex is down.

h/t @paul_Dburns for this and the last few 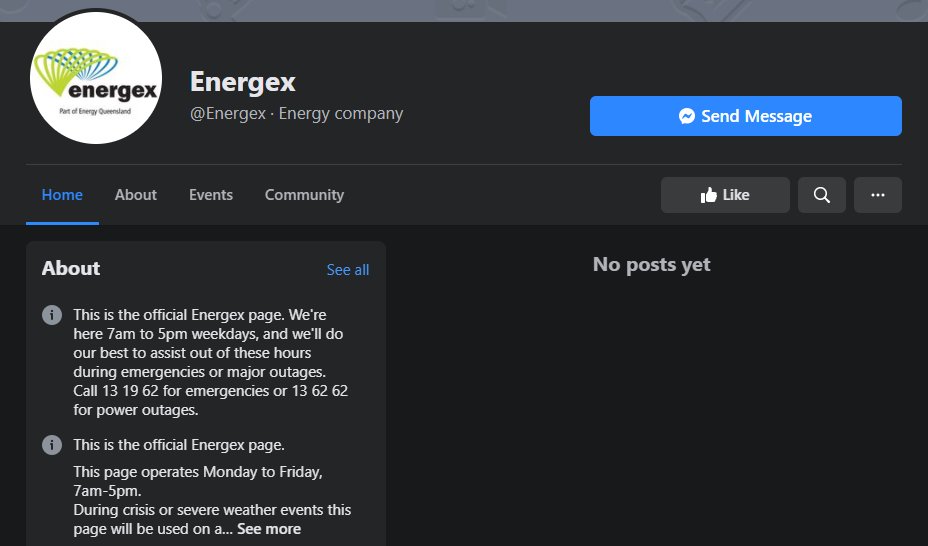 The QLD transport network @TransLinkSEQ is down. 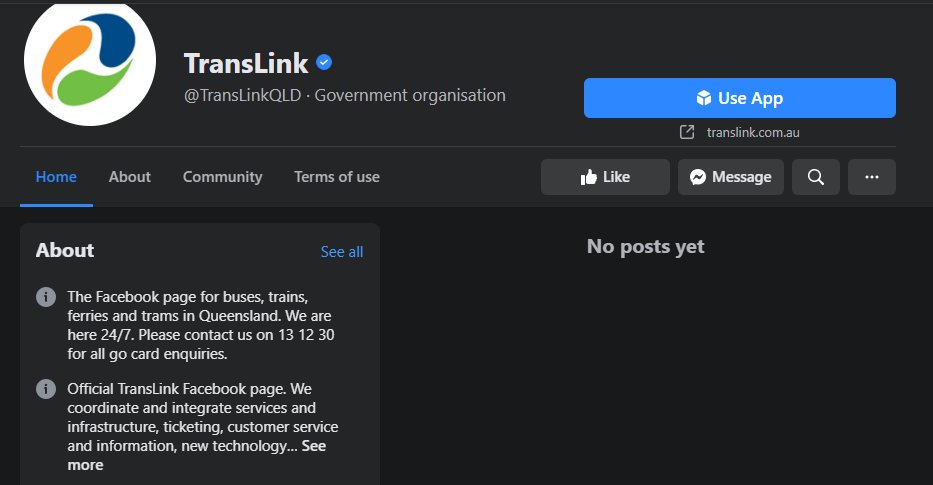 As is rescue and emergency page @RACQOfficial 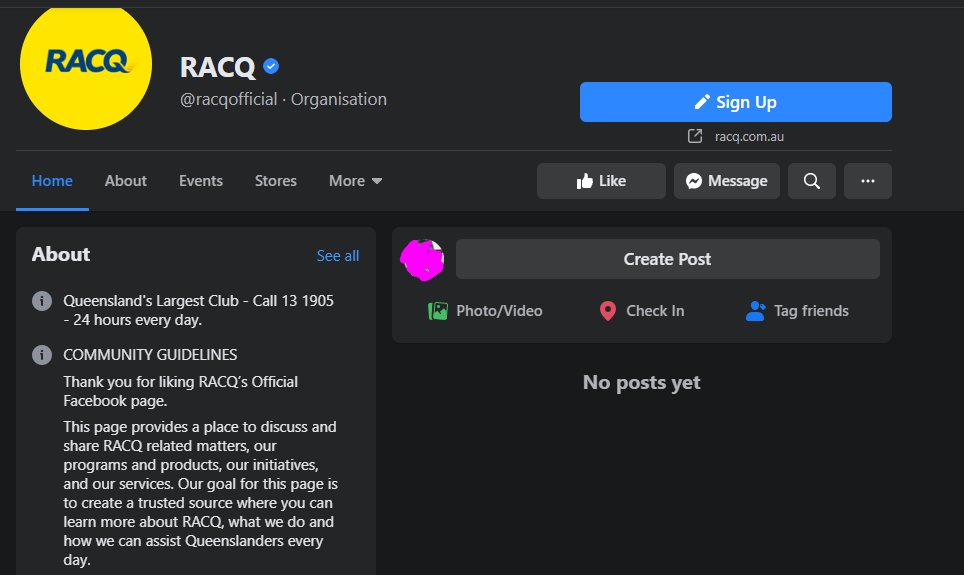 is down as is a bunch of community arts and museum pages. 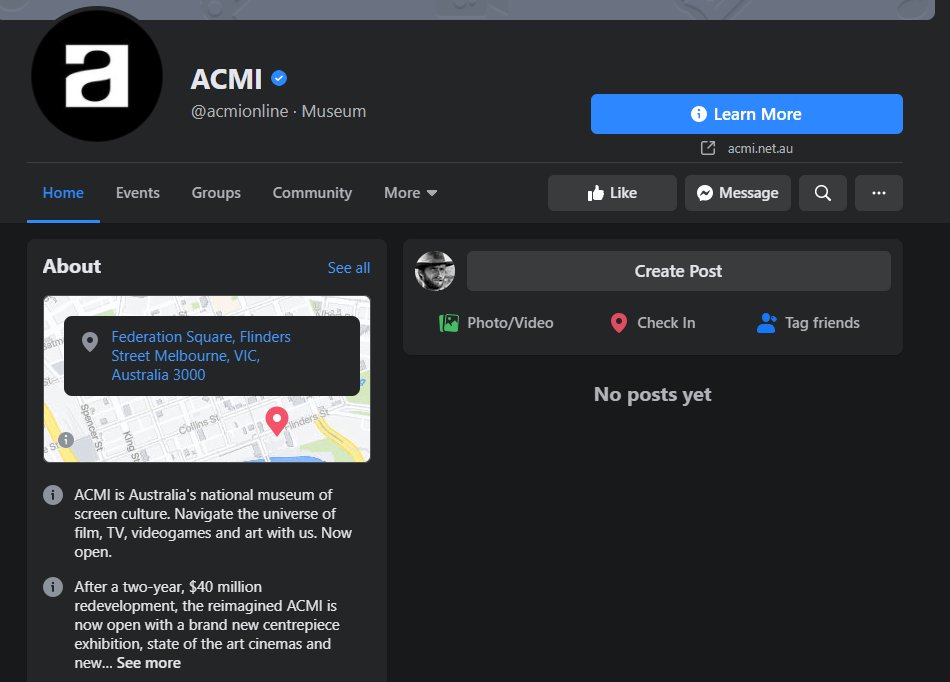 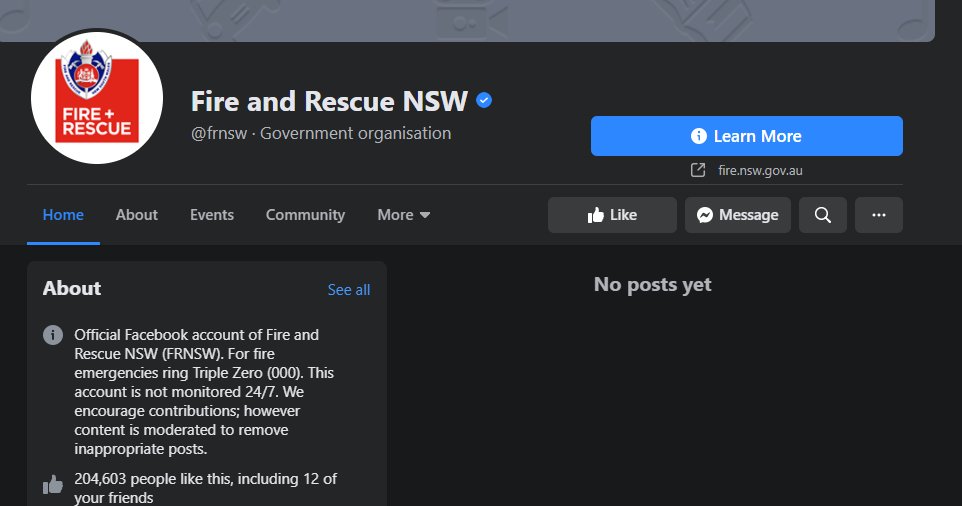 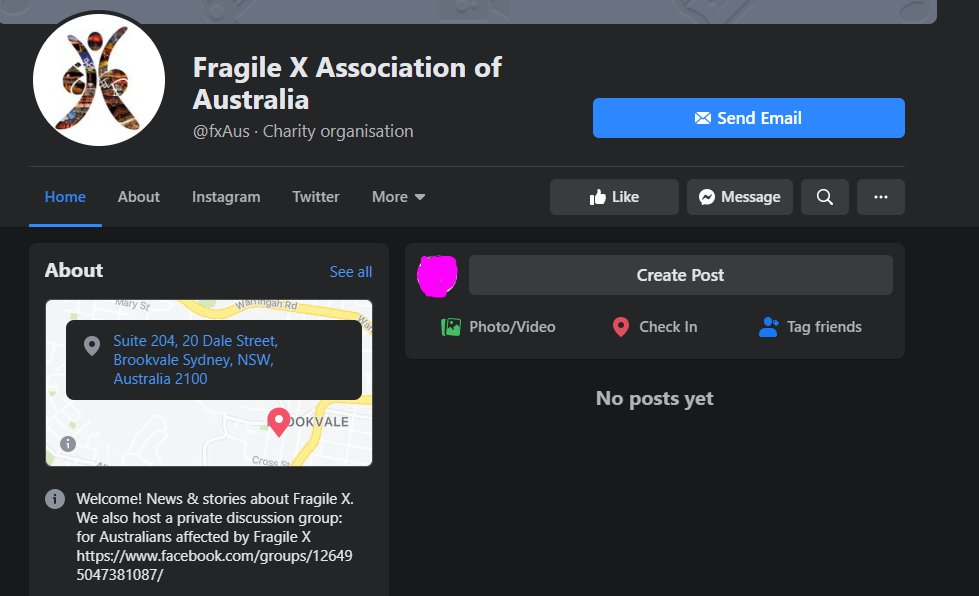 The FB page for @MonashUni 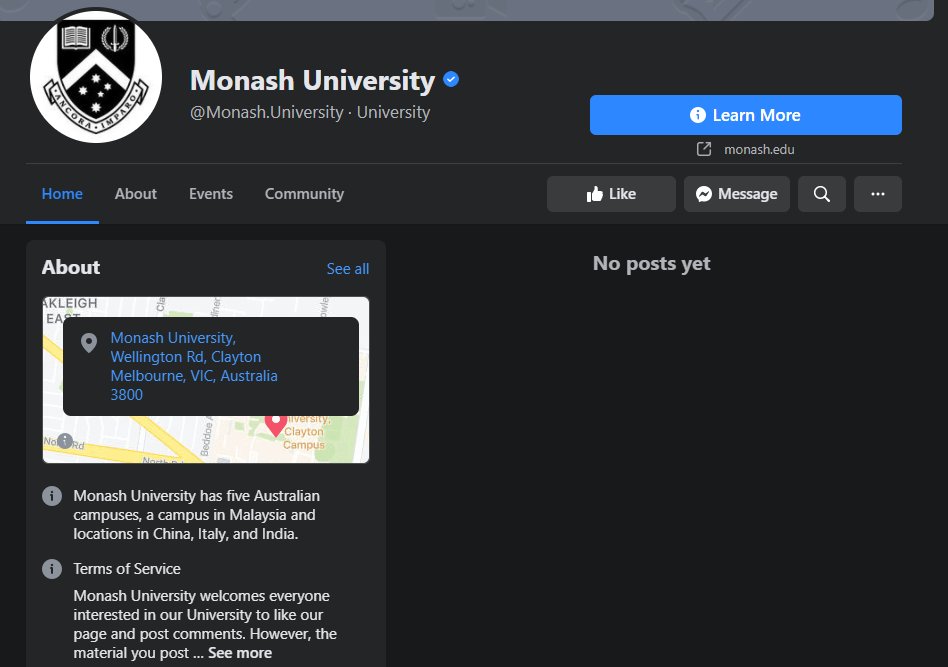 The page for University of Southern Queensland. 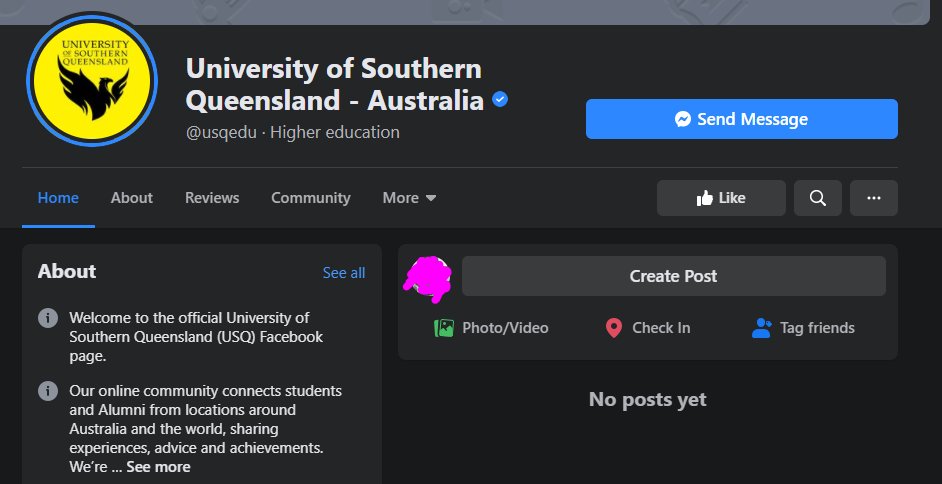 Save the Children Australia.

The Queensland Council of Social Service 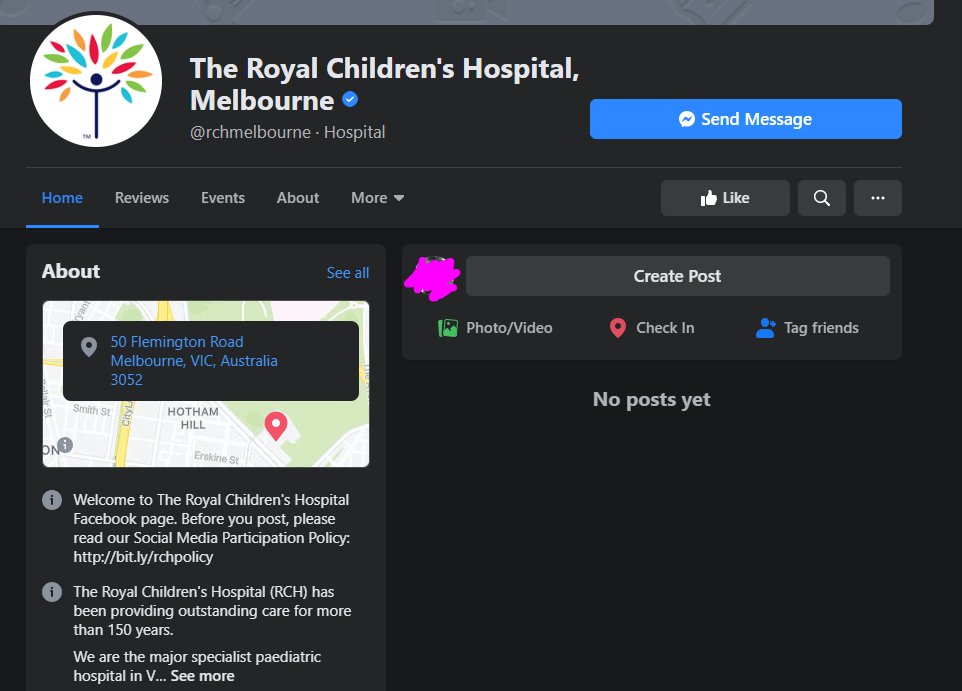 Need to get to work. Will continue this thread at a later time. But I think we get the point.