How can some people write so beautifully?

I think I've figured it out.

Pardon me while I open a wormhole into your brain and thrust style advice into it.

See, that’s an example of style.

I could have just said: "And now let’s learn about style."

Ask your friends what it's like to talk with you.

Convey those traits in your writing, and readers will recognize your voice.

In other words, voice is not your choice of words. Voice is your unfiltered self.

In early drafts, discard your reflex to self-censor. Talk vulnerably like you do with friends.

In later drafts, you can remove sensitive details.

*In*authentic voice happens when you read a lot of someone else’s work and absorb their style.

It also happens when you try to "write smart"—using words like "plethora" or “myriad.”

If you don’t use those in conversation, don't use them in your writing. It's out-of-touch.

For example, instead of saying "the day was hot," you could write “even the bugs were looking for air conditioning.”

In other words, poetry is one step removed from a straightforward description of the events.

The more steps you can be removed while still successfully communicating the meaning, the more "elegant" your poetry feels.

A. A first-order statement is a plain description of the scenario:

This is how we commonly talk.

B. In a second-order description, you describe something by stating the effect it has on its environment.

"The day melted our popsicles."

The reader can imply that the day was therefore hot.

C. In a third-order description, you describe something by stating its effect but not mentioning the cause by name.

There's ambiguity as to why our popsicles melted. But with a bit of *imagination,* the reader pieces it together.

However, our sentence isn't very poetic yet.

To get there, we can describe an effect that is unconventional, counterintuitive, or witty:

"Even the bugs were looking for air conditioning."

"Instead of telling us a thing was 'terrible,' describe it so that we’ll BE terrified."

In short, I personally define poetry as unconventional third-order descriptions.

One way to engage readers' senses is to be vivid.

"His writing is looking at a pinprick-sharp photo—compared to my blurry ones. He picks words that work 100x better than mine. He has a 15 megapixel camera and a tripod, while I have a 3 megapixel point-and-shoot. A bigger vocab isn't enough. His skill: matching words to needs."

Here's an example of vividness: 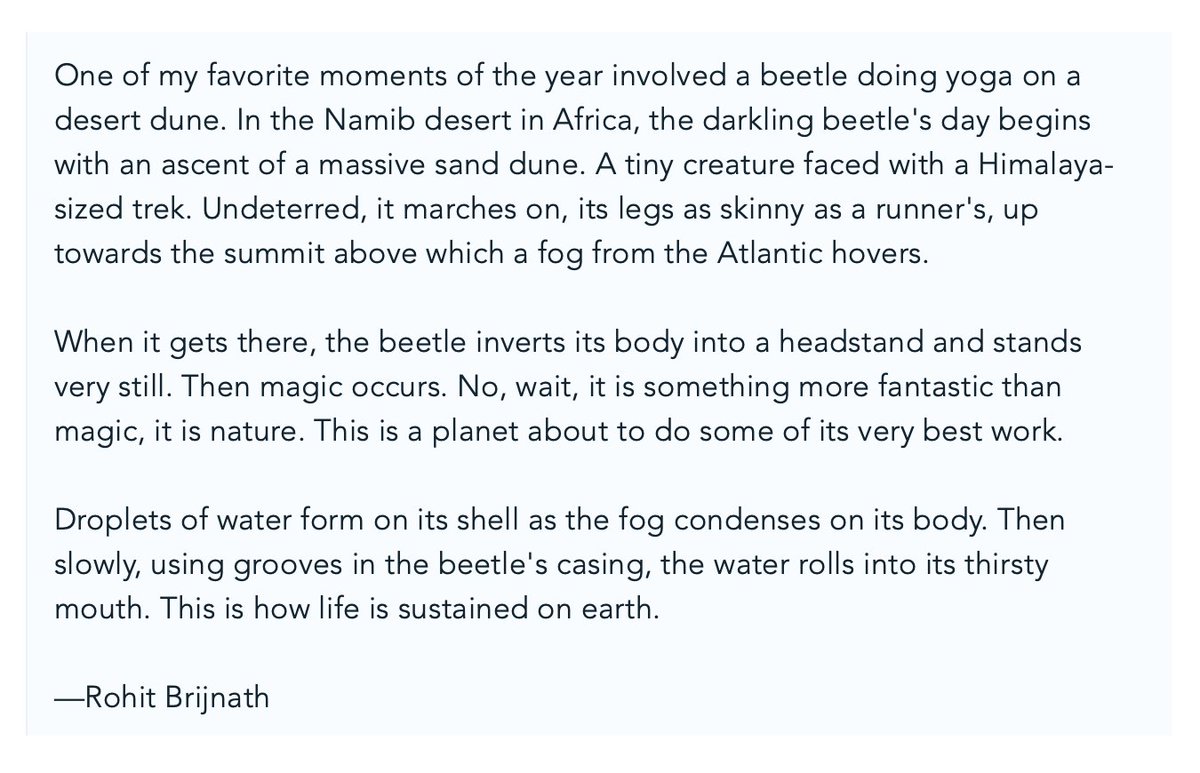 It's the articulation of the rarely articulated nuances of life—in a way that makes you remark, "Ahh, that’s how I'd put words to that feeling."

Finally, style is also our choice of *presentation*:

If so, consider using them. You want your ideas to resonate.

• Engage a reader's imagination—have them do a little bit of work.

• In non-fiction, try writing the way you sound. Your unfiltered self is a breath of fresh air amid all the online fakery.

The authenticity of who you really are, as opposed to who you wish everyone thought you were, is what your audience is looking for.

This is an incomplete intro to style. There's a lot more to it.

See my past threads here: @julian

By the way, these are my notes on style taken from my writing handbook. It's free—there's nothing to sell you.