"A school cannot, under the guise of 'curriculum,' invade its students’ consciences and require them to affirm beliefs they find repugnant." 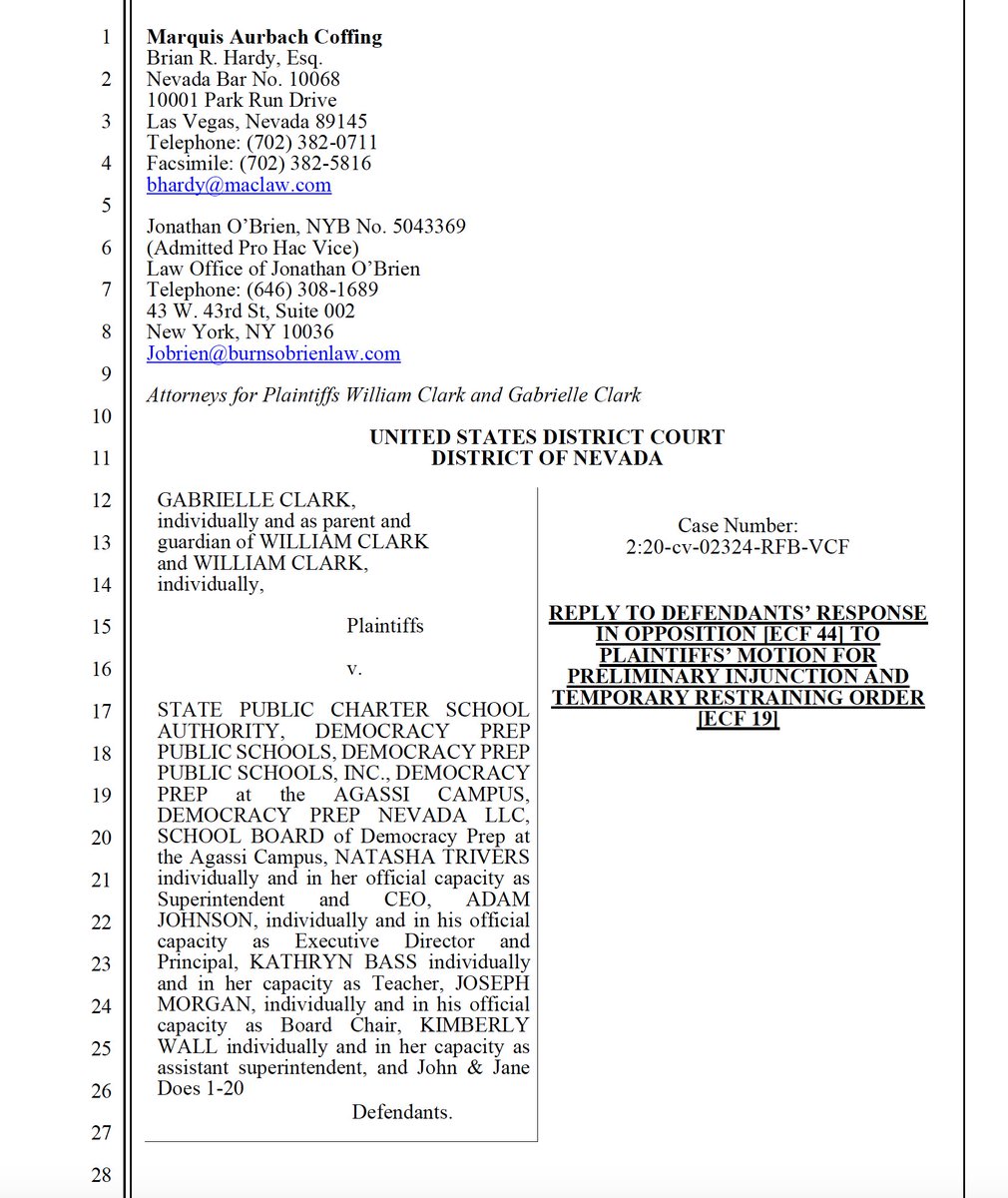 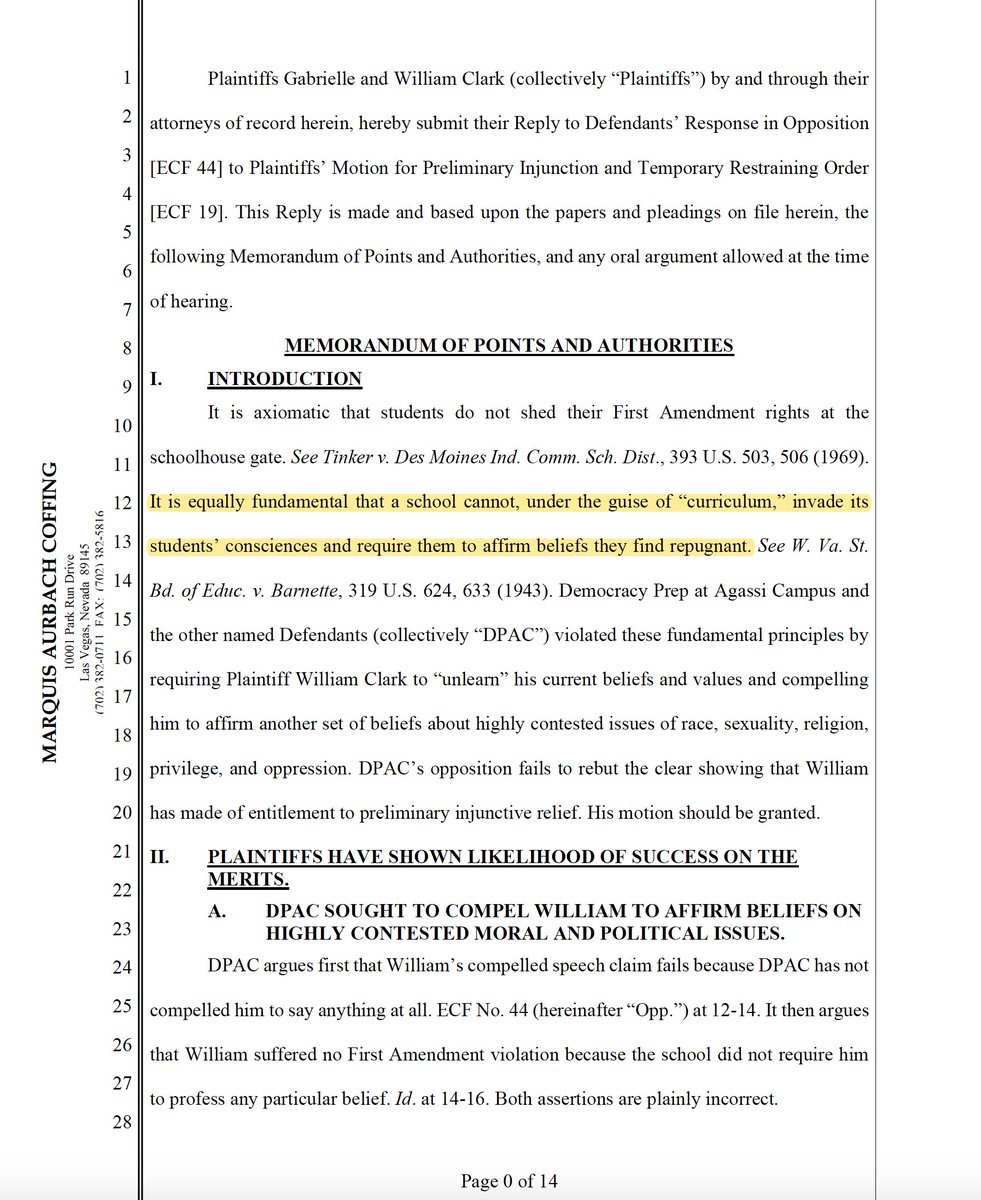 2/ DPAC denies that W. Clark was compelled to say anything or profess any particular belief.

Plaintiffs reply that the required, graded assignments were a form of compelled speech.

"Speech is compelled if a speaker will 'suffer a penalty' for declining to speak." 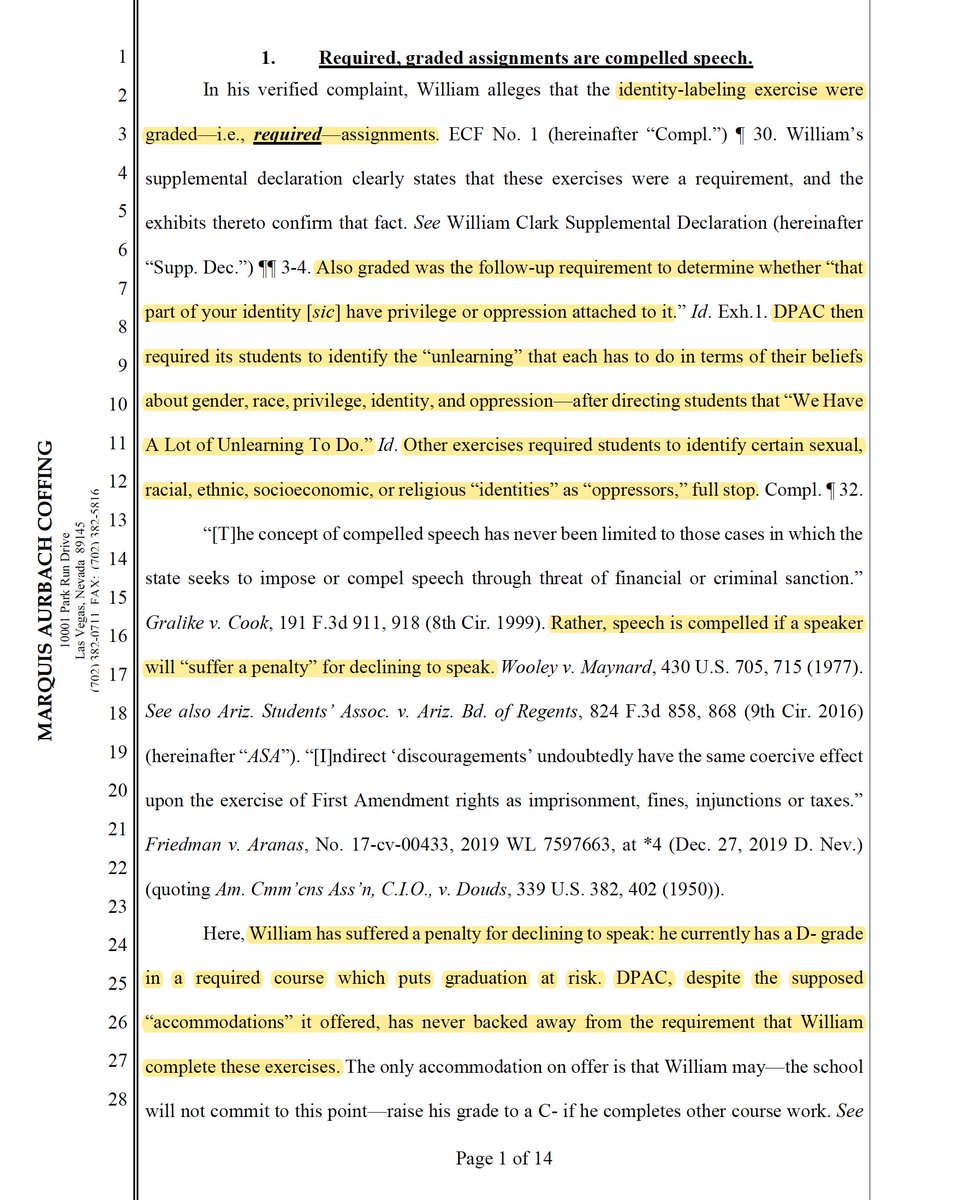 3/ DPAC insisted speech was not compelled because W. Clark was not required to "publicly" affirm his identities.

Plaintiffs: Not true, because W. Clark was required to enter the statements on Google documents accessible by his teacher, principal, and other employees. 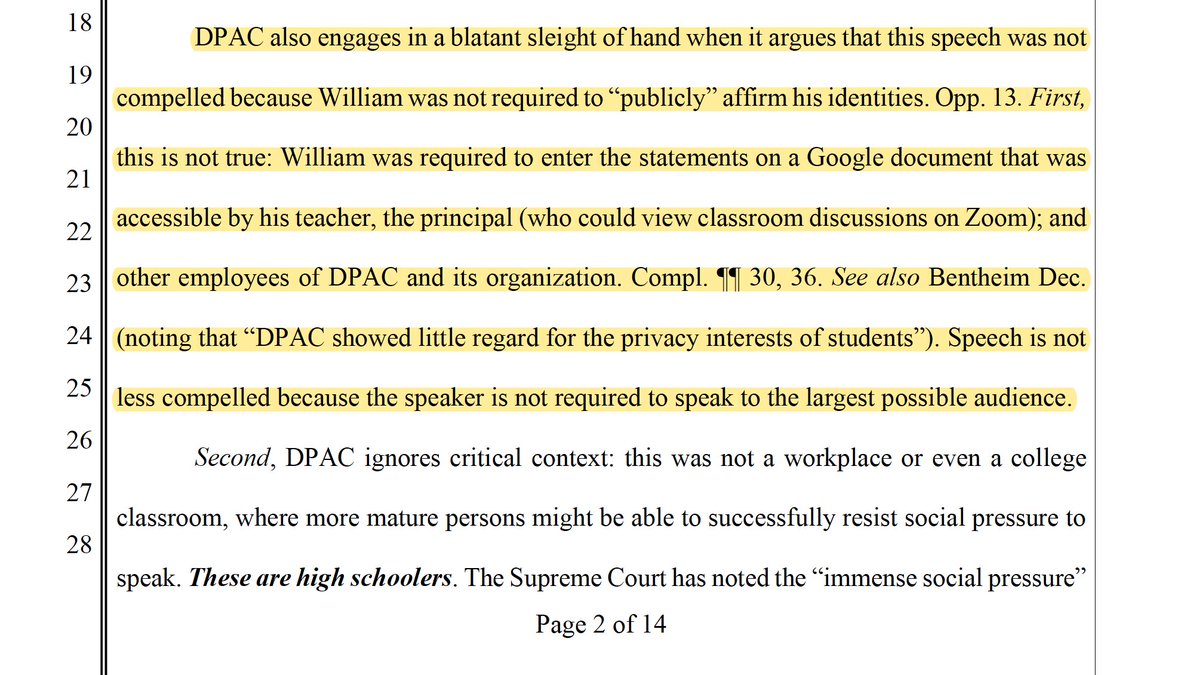 Plaintiffs: "...it is extraordinary that a school would describe poor grades that might preclude a student from attending a preferred college or even graduating... as a 'discouragement,' not a penalty." 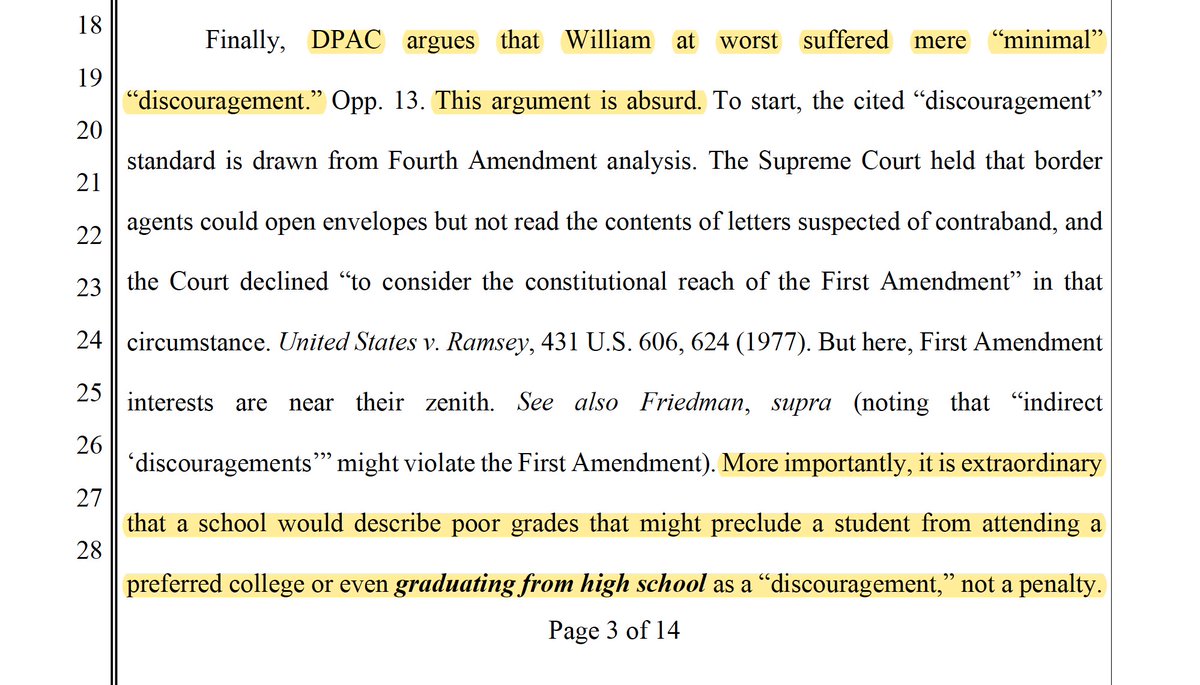 5/ "Compelled speech does not become permissible because the person doing the compelling unilaterally decides it is only applying a little compulsion. William has been penalized for not speaking. This is compelled speech."

6/ Plaintiffs claim that DPAC compelled W. Clark to "'unlearn' his beliefs and affirm his belief in highly contested propositions."

Some of these propositions:
–Attaching privileged/oppressed labels to identities
–Affirming that people of color cannot be racist 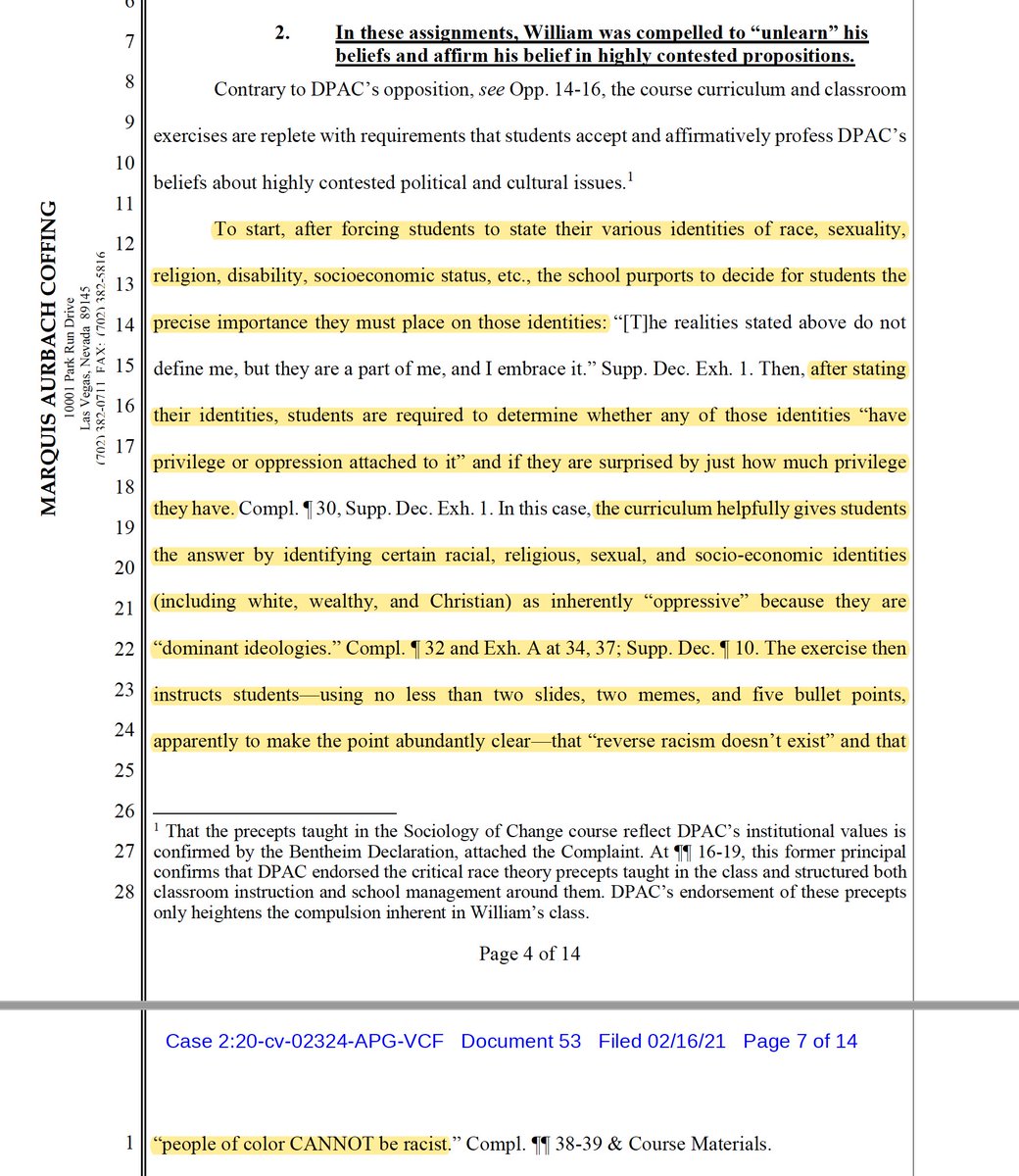 7/ "These assertions were not presented to students as a description of a theory with which students could disagree. Instead, they were presented as facts that the student—in graded, required written exercises—had to affirm as true."

8/ Students were told to “[u]ndo and unlearn” their “beliefs, attitudes, + behaviors that stem from oppression.” They were then interrogated and told to reflect on whether they were surprised “with the amount of privilege or oppression that you have attached to your identities.” 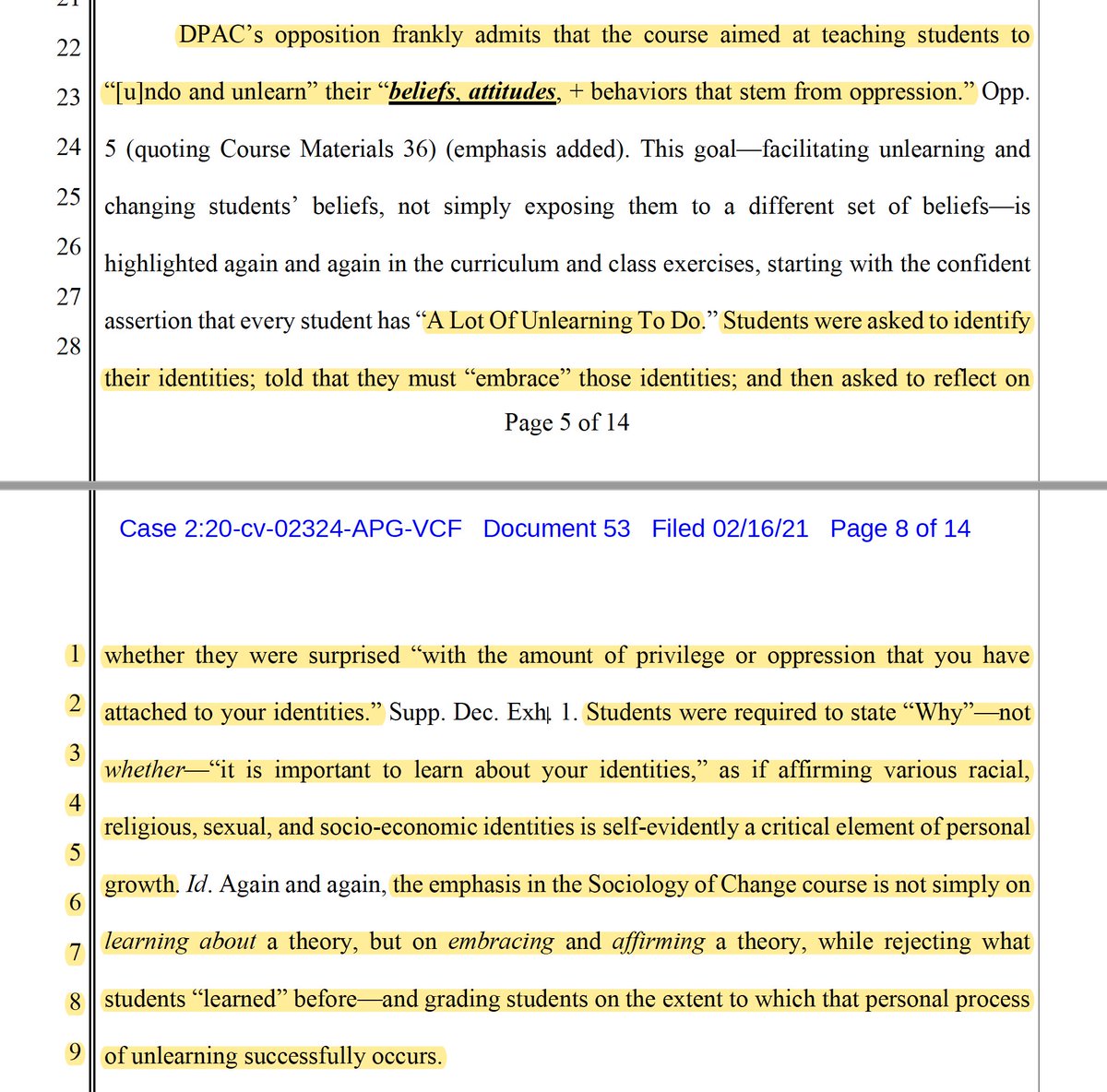 9/ "[SCOTUS] held that it was impermissible for a school to 'require affirmation of a belief and an attitude of mind.' DPAC’s focus on 'unlearning' pre-existing beliefs and affirming highly contested assertions... is a requirement that its students accept an 'attitude of mind.”" 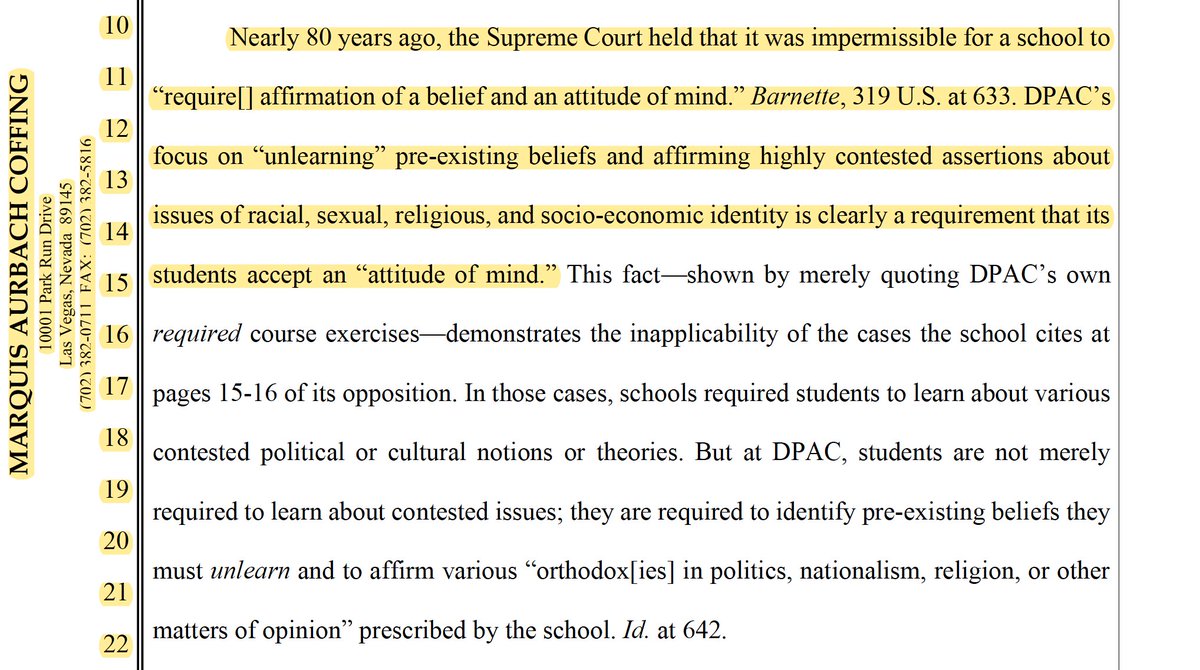 10/ DPAC claims W. Clark simply "disliked" his lessons, but that they were not a "hostile environment." 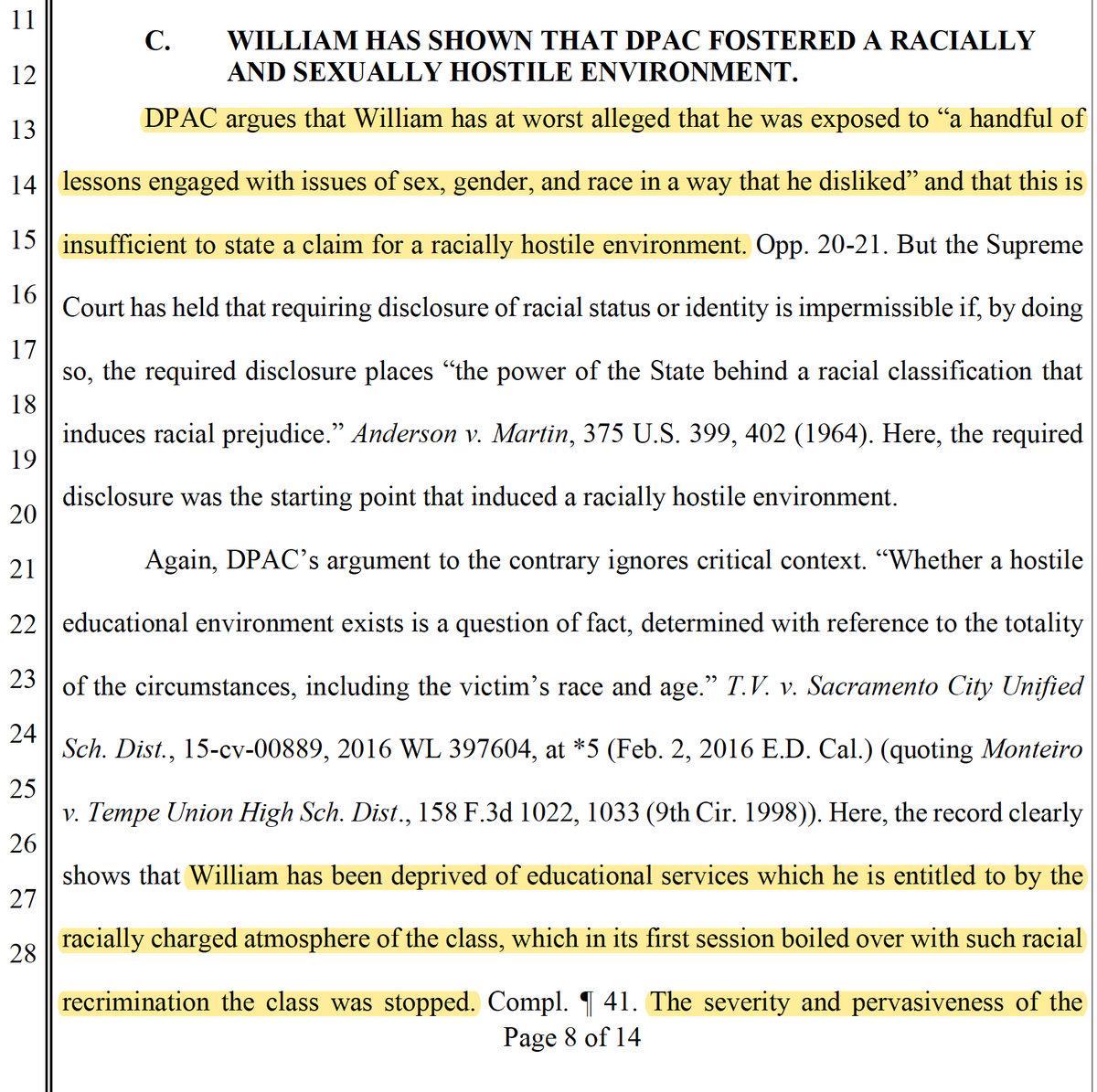 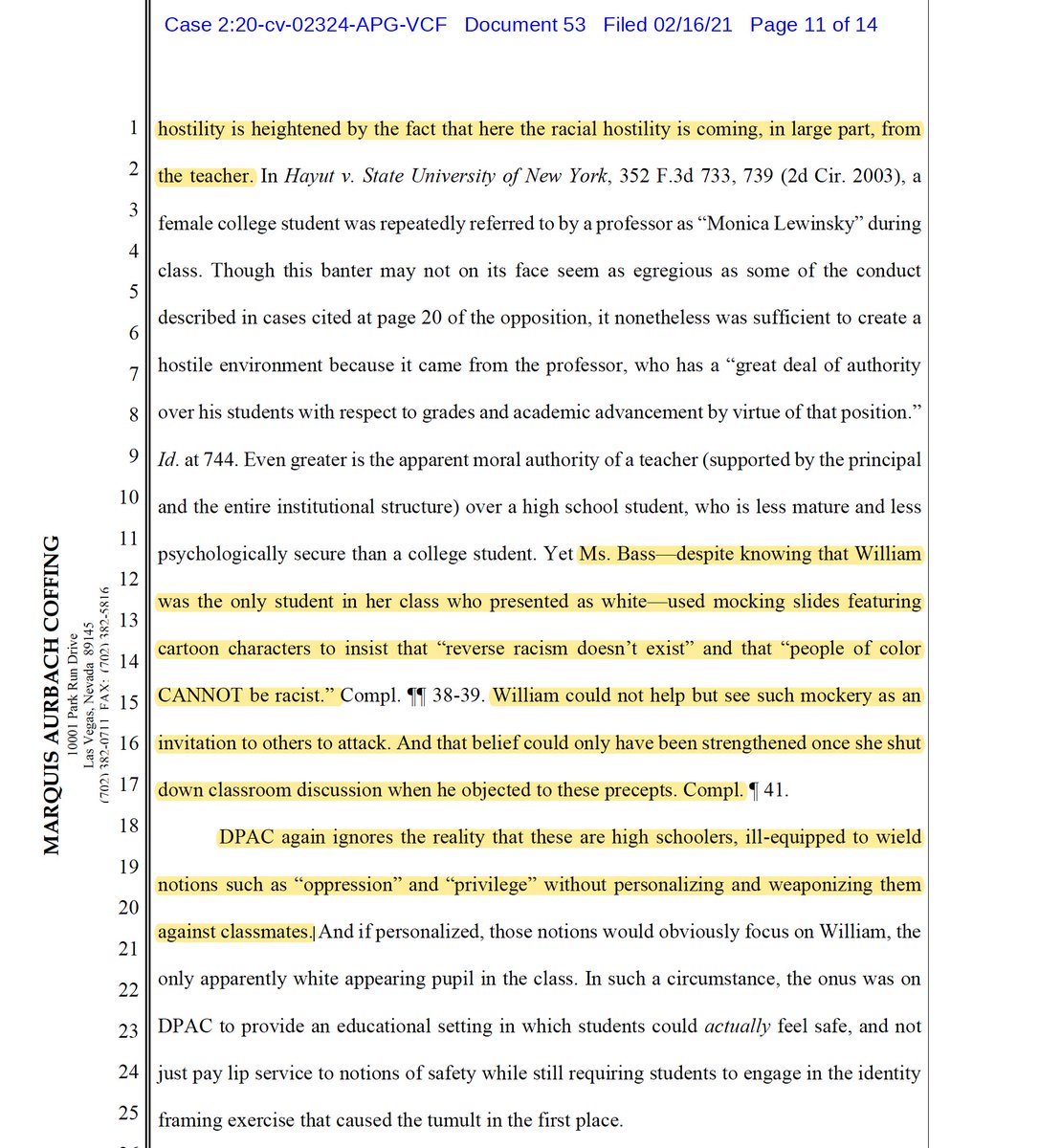 11/ "It is sadly ironic that a school that claims to prepare students for “active citizenship” threatens to fail one for refusing to affirm ideas he doesn’t believe. Fortunately for William Clark, the Constitution gives Defendants no such power. The motion should be granted." 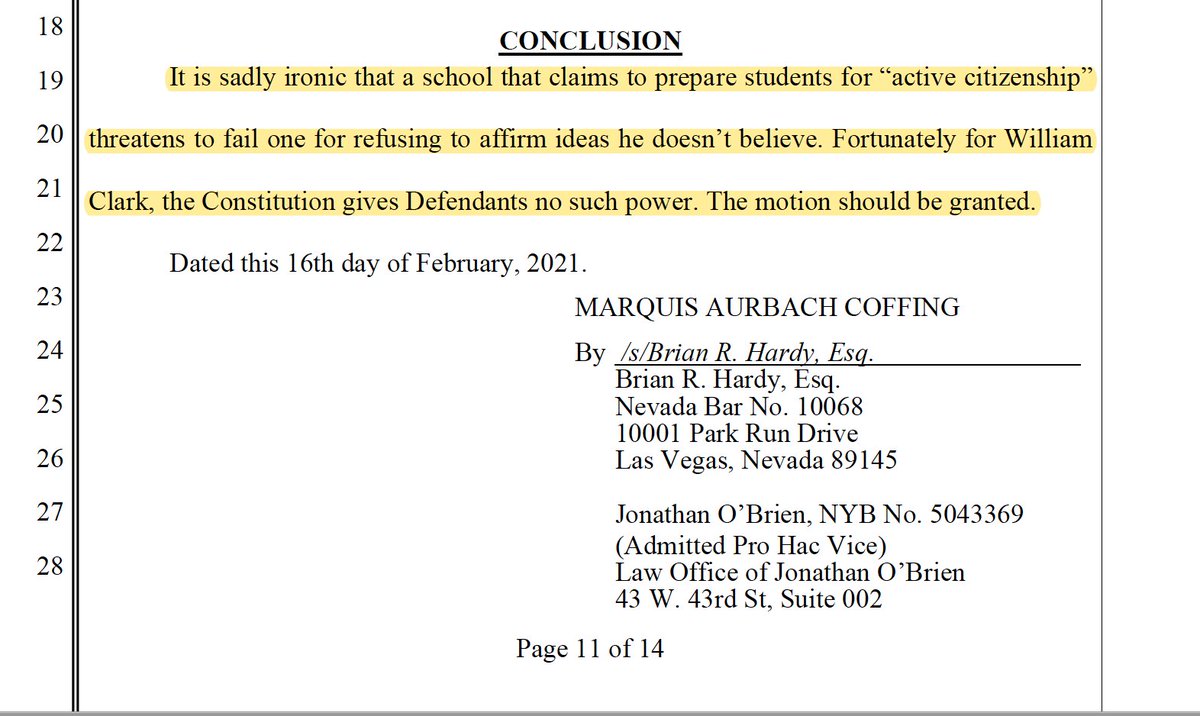 12/ These documents were presented in court this week.

If you would like to help fund this lawsuit and others like it, consider donating to @burns_law.