"We only hire from top schools" is lazy practice that results in less-than-top teams. This thread is a rough attempt to explain why 🧵👇

Quickly about me: for undergrad I went to NAU, the smallest of three state universities in Az. I did my Masters and PhD at Stanford.

At Stanford I TA'd, I co-taught courses, I sat on the masters admission committee in CS as a consulting faculty, and I've been involved in hiring hundreds of folks as a founder, tech exec, and board member.

So I've had broad exposure to admissions, curriculum, students, and workplace performance and my experience is that while top schools produce great students, focusing just on them is a good strategy for building not-truly-exceptional teams ...

The core problem is we build recruiting policies around the mean student. Yet hiring is about the tail.

However, populations are distributions. And hiring should be focused on the tail (e.g. upper 10%). Take the following two normal curves with a mean difference of 50%. 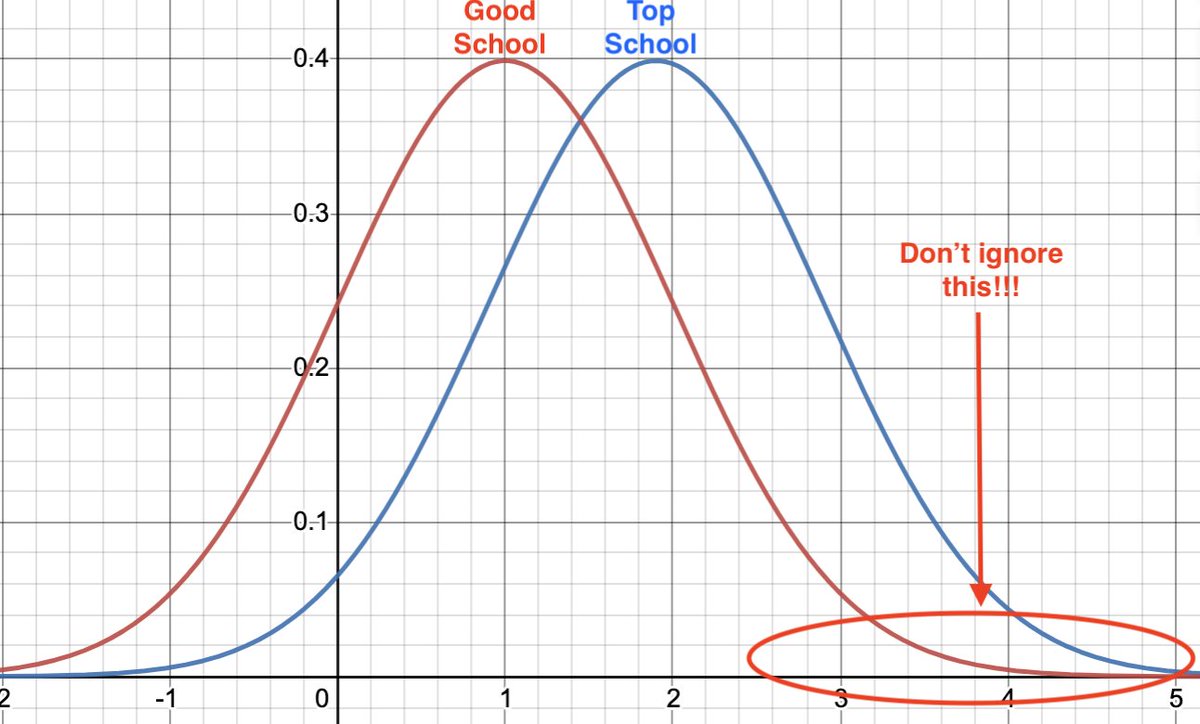 Further, my experience is that admissions at top schools are far less forgiving of "life getting in the way" or flubbed standardized test scores, so I suspect the distributions actually look more like this: 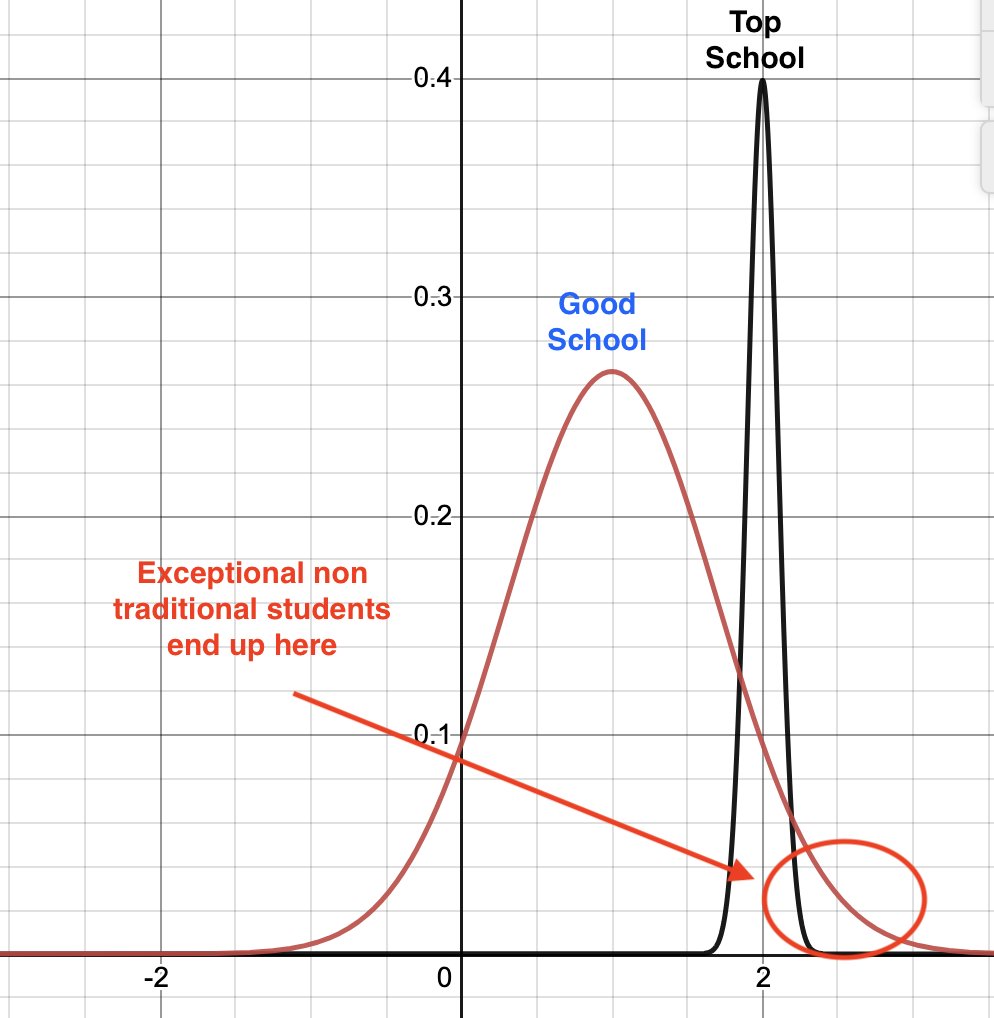 Again, this is just illustrative, but an important point. Top schools are often similarly blinkered in admissions as companies that only hire from "top schools". So the distributions are likely far narrower. And a lot of great talent ends up at other schools.

It's also worth noting larger schools (e.g. TAMU as ~70k students) have many more students in the tail than a smaller schools (Princeton has less than 10k students).

By the numbers there is likely a very strong pool of talent in lower-tiered schools, particularly when plucking from the top. And importantly, there are a lot more of them (both schools and students)!

Of course you have to be a good recruiter to find them. But that's the job!

Grade inflation plus massive oversubscription of talent from similarly lazy companies results in an increased chance you're actually hiring closer to the mean than the tail from the top schools.

My anecdotal work experience fits this. While we had many talented employees from top schools (of all degree types). A lot of our most impactful employees weren't. And some didn't have degrees at all.

So here is where I net out on all this -- Build your hiring policy around the top students of good schools than the "good students" at top schools.

If not, you're doing it at the detriment of your company, and your team. And you're a worse recruiter for it.