Elon Musk is on record that he makes decisions using the same technique as Jeff Bezos.

A thread on thinking more clearly:

This thread is about mental models.

BUT, people never answer the question:

How do I use mental models for everyday decisions? How do I put them into practice?

Mental models are frameworks for thinking.

They simplify complex situations so you can reason through them easily.

They help you make good, long-term decisions without needing to know everything about a situation.

Your hunter-gatherer brain is not wired to use the best model for every decision.

However, in every generation, a few humans manage to rewire their biology:

They force themselves to think in models constantly.

Elon Musk and Jeff Bezos appear to be two of those people. They're on record about this.

These two concepts underlie everything you do.

For example, how does a rocket engine work (system)?

And which type of rocket fuel should you use (decision)?

The rocket engine is a [system] for you to reverse engineer and understand.

As for which type of fuel to use, that's a [decision] to make.

Mental models guide you toward the best answers here.

When Musk and Bezos face important decisions, they deliberately pause to use a mental model.

Most people, in contrast, do a bit of Googling then roll with whatever seems to make the most sense. Drrrrp.

So, here's how to assess systems.

A "system" is anything with multiple parts that depend on each other. Every machine and process is a system.

These are all systems:

• A business.
• A tool, such as a rocket or a keyboard.
• A process, such as economic growth or sustaining a romantic relationship.
• A state of being, such as your health or happiness.

The world makes more sense when you see it as a patchwork of such systems—each of which can be reverse engineered via mental models.

A mental model of a system is a reduction of how it works.

The model identifies the core components that matter and how they interact.

This clarity is necessary to drastically improve a system:

First Principles — What is the most efficient way to solve a problem if you started from scratch? If you look past humanity’s attempts to solve it, what's the best approach if you reasoned from its principles?

For example, the SpaceX team looked past decades of incremental rocket improvements to re-examine spaceflight from scratch.

They asked, What do the underlying (not historical) principles reveal to be the most cost-efficient and power-efficient way to build a rocket?

They let a simple mental model—one that fits on a cue card—guide them through the deconstruction of a massive system so they could drastically improve it.

That is the leverage of models.

Imagine if you looked at every part of the world this way.

How do you use First Principles for your down-to-Earth problems?

For any project, ask:

1. What system underlies this project? Is it a relationship, a business, a product, or something else with multiple components relying on each other?

2. Is this system already efficient?

3. If it's not yet efficient, what are the ironclad principles underlying it?

4. Can I start over from those principles to identify a remarkably better way to design this system?

This brings us to our next question:

How do we know which systems are worth significantly improving everyday?

To answer this, we'll introduce our second mental model—one that I call One Level Higher.

One Level Higher — Repeatedly ask whether you’re optimizing a cog in a machine instead of the machine itself. The higher the level you optimize at, typically the greater your ROI.

For example, if your goal is financial wealth:

You can work years to earn a 15% raise (a cog) or you could switch jobs for an instant 25% salary boost (the machine). 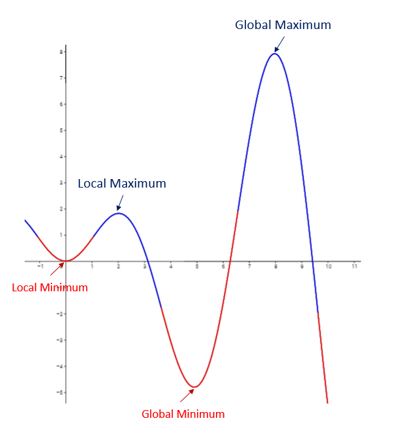 But you can go a level even higher.

The job market is itself a cog in yet another financial machine: earning financial stability.

What if you could achieve financial stability without having to toil away at a 9 to 5 in the first place?

If your real passion lies outside the office, then climbing the corporate ladder is falling prey to inertia.

The better path might be reducing expenses by moving to a cheaper city and living modestly.

With lower costs, you could switch to part-time and pursue your passions.

Isn’t that the higher-level game you're really optimizing for?

The One Level Higher model is the process of asking yourself:

Is it higher leverage to optimize a level above the one I'm focused on?

One Level Higher is a model for assessing systems in your everyday life.

But, we have a problem.

Asking ourselves to think a level higher is very hard—due in part to inertia.

Frankly, using a mental model to break out of your flow and question what you’re working on is like ripping the carpet out from under your goals.

It’s painful to confront the possibility that you’ve spent years on the wrong thing.

But, working hard without asking what are the better things to be working on is a hidden form of laziness.

Appreciate the beauty of flow when you're in it, but don't become addicted to it.

Losing agency over your life due to extended flow is what I call flow paralysis.

It is the archenemy of critical thinking.

It's the clearest sign you’ve abandoned mental models, because the use of models continually adjusts your life trajectory.

Think of it like this: mental models are powered by information. They produce different recommendations based on the updated information you put into them.

So, if you're in a flow state for a long time, you'll have buried your head without ingesting new data, advice, and so on.

Meaning, your mental model is no longer a functioning compass for what to work on.

So far, I’ve only discussed half the power of mental models: optimizing systems to get more out of them.

The second half is making better decisions.

Sometimes, good decision-making is the discipline of silencing your instincts and switching over to mental models.

• Prioritizing — Which path is the best to take?
• Allocating — How much attention, time, or capital should be spent on this?

Here’s an example of a mental model that helps you [prioritize] which projects to work on:

Regret Minimization — To maximize your long-term happiness, prioritize projects you’d most regret not having pursued by the time you’re old and looking back at your life.

This mental model leverages the lifehack that encompasses all others: be good to your future self.

Our brains aren't wired to prioritize our future selves, so we need mental models to keep us disciplined.

Jeff Bezos used Regret Minimization to break out of his Amazon flow and prioritize his new space exploration company.

Then, like Musk, he used First Principles to re-examine space flight from the ground up.

Here's another mental model for making decisions. This one helps you allocate resources:

Pareto Principle: 80% of your output will come from the top 20% of your inputs. To maximize ROI, preferentially invest in the 20%.

For example, 80% of the value you get from socializing may come from the top 20% of your friends.

So, preferentially strengthen relationships with those friends.

Further, 80% of your procrastination comes from 20% of your indulgences.

So, place those 2-4 top indulgences out of arm’s reach, and you’ll see an outsized gain in weekly output.

This brings me to the most interesting point I have to make.

My pet theory is that mental models are what people mean when they use the word “wisdom.”

When we think of someone as “wise,” they’re simply using models to generate insights—whether they realize it or not.

Specifically, a wise person is doing one of two things:

Wise things I've heard fall into one of those two categories.

Is wisdom therefore the arbitrage one person has over another due to their greater use of mental models and the data they have powering them?

This gets us back to Musk and Bezos.

They’ve learned to love breaking out of their flow to use mental models.

I believe they motivate themselves to do this by overcoming future self-continuity, the phenomenon where, by default, humans see their future selves as other people whose problems are not their own.

Musk and Bezos internalize their future selves as part of their present selves.

For Musk and Bezos, breaking their inertia isn’t a very painful process. It's a rush.

Similarly, the smartest people I’ve met have retrained their minds to enjoy being wrong.

They get a dopamine hit when proven wrong because they’re excited to be closer to the truth.

So, how can you use models every day?

Here's what I do:

Schedule a recurring event in your calendar.

Every second Friday, block out 20 minutes to step back from your life and run all your systems and decisions through the mental models you resonate with.

Consider applying these models to your life as if you’re improving somebody ELSE'S life.

Research shows that when you act like you’re giving a friend advice, you sidestep your flow paralysis.

Meaning, maybe talk to yourself in the third person:

“Julian, you are doing X. Why aren’t you doing Y? What would a mental model suggest is the better path forward?”

I think that's all it takes to get started: every week, run your life through mental models as if you’re assessing somebody else’s life. 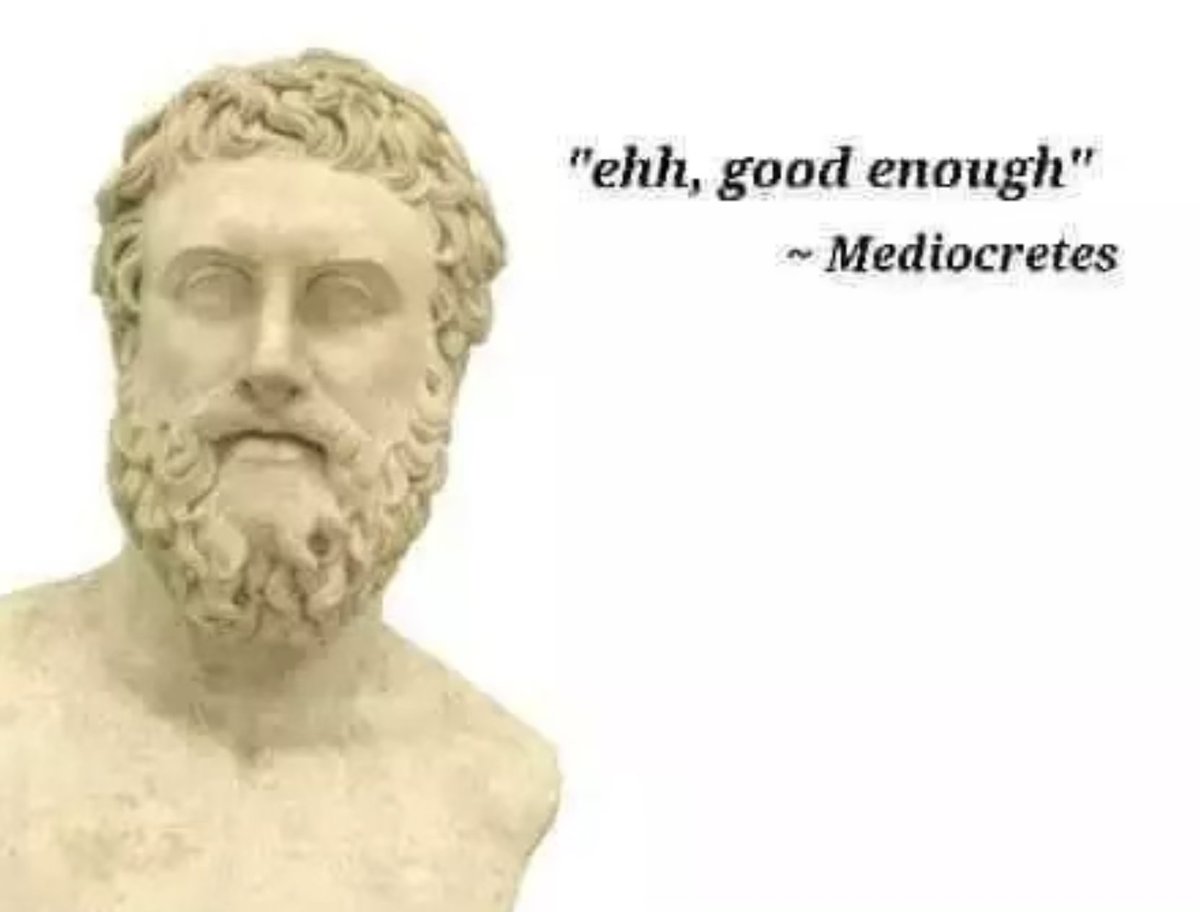 Next thread is about using models to have better conversations.