1) Must read on Tiger Global for anyone involved in venture/growth equity.

Strange how quick some VCs are to assume that world class public equity investors don't know what they are doing in venture.

Especially when they have a track record like TGI.

2) Suspect they are targeting higher IRRs on the larger, later stage checks vs. the smaller, earlier stage checks which are about driving the former via the information necessary for high IRR preemption.

A multi-stage approach to arbitraging IRR vs. MOIC/MoM.

3) All this before even discussing the advantages of having many years of context in the first few years that a company is public.

Likely going to be tough for the "JC Penney's."

Personally would've compared @benchmark to Hermes and TGI to Amazon. 😀 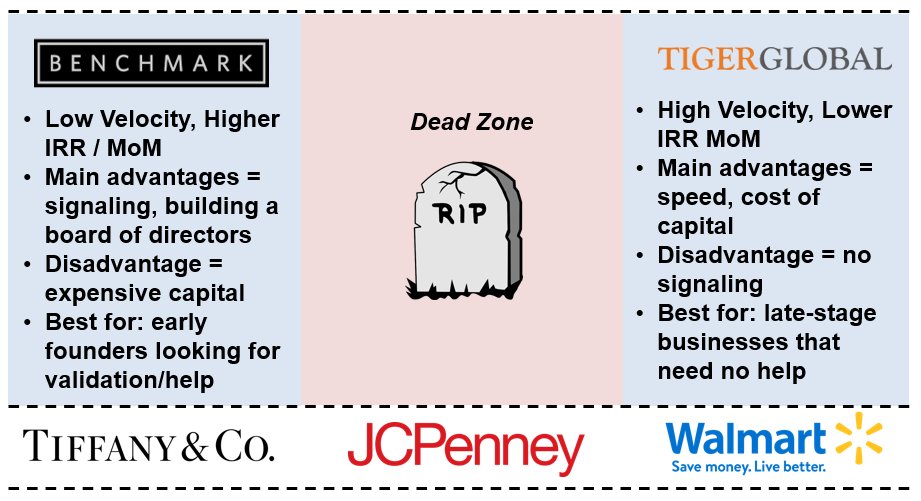