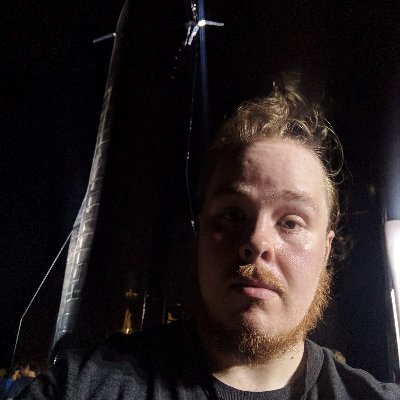 lmao this is the whiniest high-horse shit I've every seen. Blue is basically protesting every single conclusion NASA drew 😂 Definitely makes an extremely strong case for printing a picture of a blue feather beside the dictionary definition of "sore loser," though! 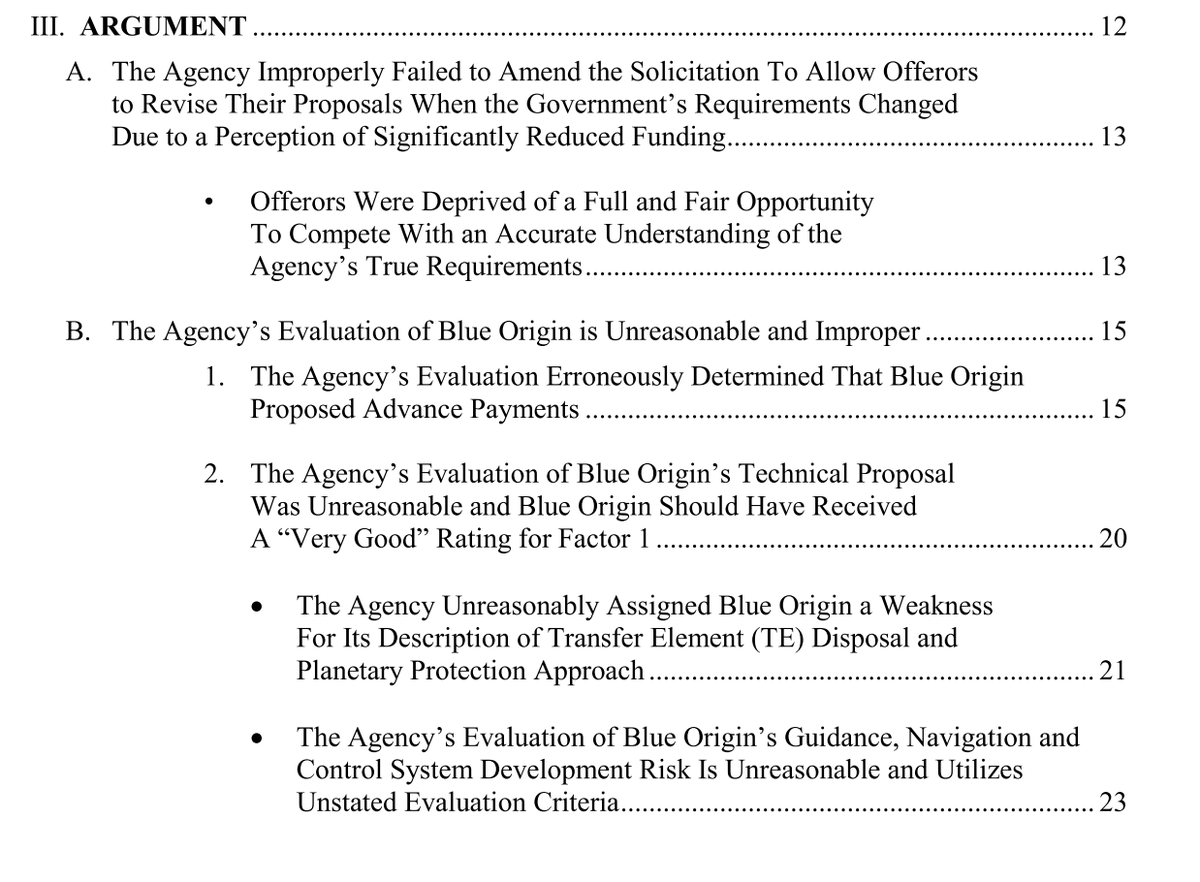 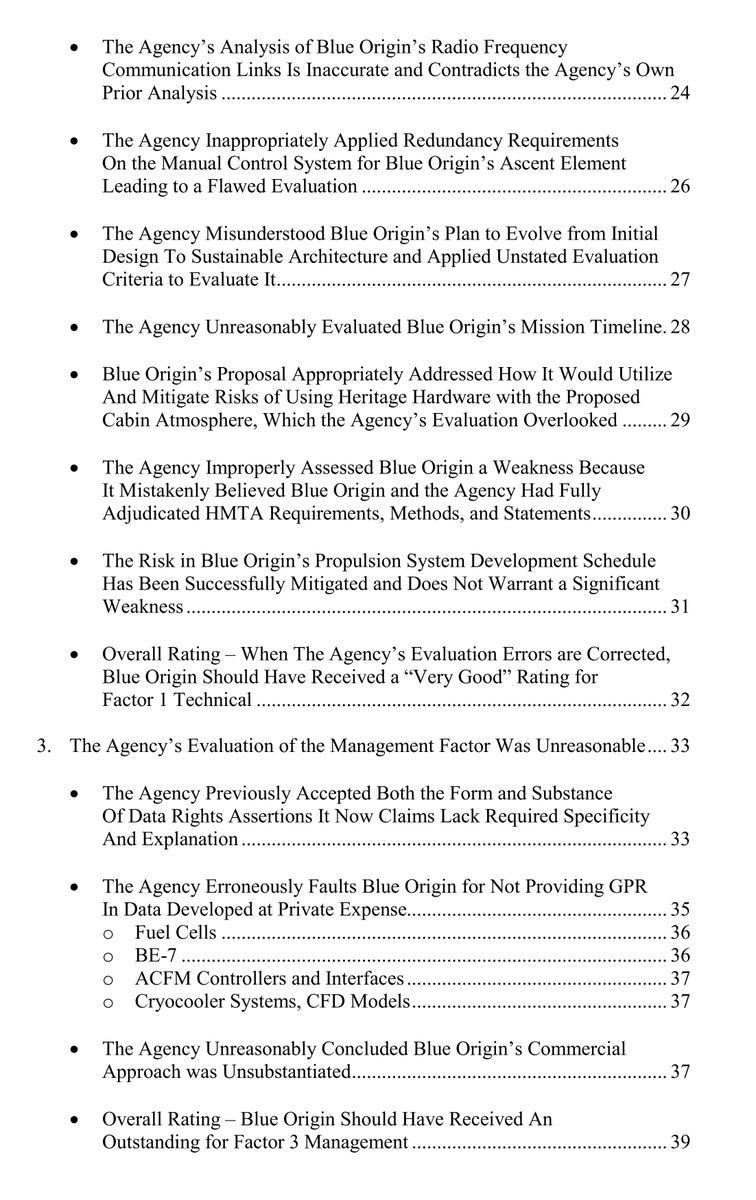 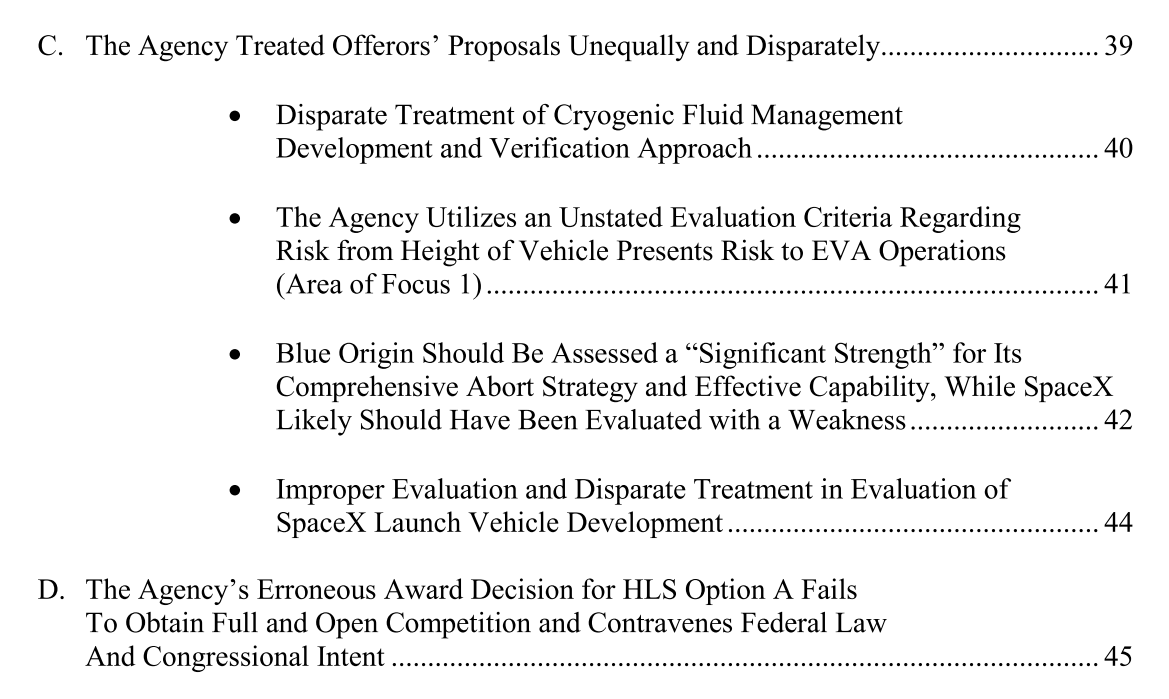 Gonna add a few thoughts while I read.
1. Blue Origin is either dumb or willfully ignorant when it tries to use the fact that "NASA made two [Commercial Crew] awards with less available funding and less out-year funding certainty" to whine that NASA didn't choose SX & BO (~$9B).

That's... literally the whole point? Congress failed to deliver for years and the whole program was delayed by years as a direct result. NASA learned its lesson from the MISTAKE of making big awards "with less available funding and less [funding certainty.]"

2. Blue literally spends PAGES whining about how NASA indicated a DESIRE to award two HLS Option A awards. That includes repeated references to "perceived funding constraints known to NASA, but not disclosed to offerors." Except that's obviously and demonstrably false.

NASA's budget is EXCLUSIVELY determined by Congress every year. As NASA has painfully learned over the decades, one year's funding priorities are NEVER guaranteed to be the next year's priorities. The info NASA uses to determine its "funding constraints" is public knowledge.

Sure, SX was literally one of those Crew partners that directly experienced how inept, patriarchal Congressional budgeting can hamper and delay spacecraft R&D. Did SX thus wildly lower its HLS asking price? Maybe, but anyone with google and curiosity can draw similar conclusions.

In effect, Blue is whining that NASA didn't - in writing - tell offerors that they have zero faith in Congress, the legislative apparatus solely responsible for paying their salaries that has near-exclusive power to change the agency's funding (and thus priorities) as it pleases.

3. Blue appears to almost completely fail to understand the concept of "long-lead procurements" and what it means that NASA expressly forbade them for HLS Option A.

As Blue themselves describe it, they were like "hmm yes of course" and then immediately proceeded to put 100% of the cost of those same Long Lead Item procurements into its request for its first HLS Option A "Milestone Payment" - basically NASA's first payout.

SpaceX obviously didn't do this, so the only conclusion one can draw is that NASA's intention was prooooobably to reduce massive upfront costs, which it literally could not afford on the $850M/year Congress is thus far providing.

Simply moving those long-lead procurements into an arbitrary "Milestone Payment" line-item that would have to be paid out by NASA at the exact same time as the long-lead category NASA removed entirely defeats that fairly obvious purpose.

I'm just 23 pages into ~175-page protest at this point. It's safe to say this is an absolutely massive joke that barely holds water after the rough analysis of a tired, ok reporter like myself. It will be torn apart in a legal setting for the logical shortcomings alone.

bruh this has to be a prank lmao. Is Blue actually this amateurish? "this one single part has redundant components and therefore the system is one-fault-tolerant" 😂 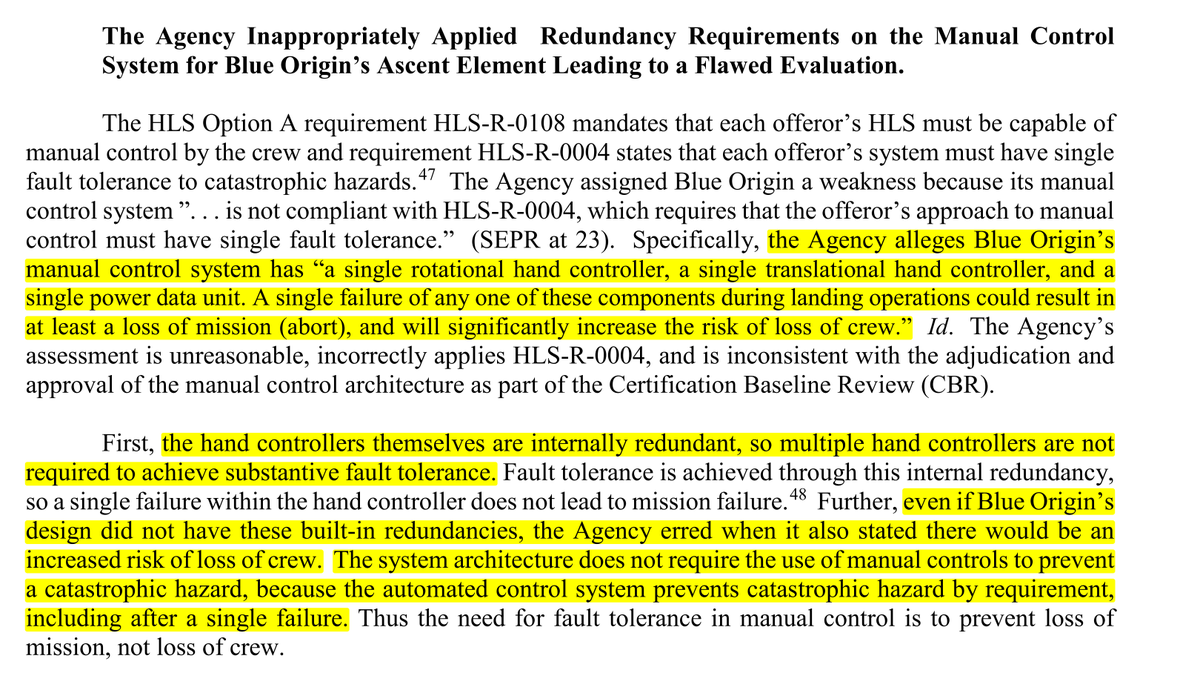 Just... what? My brain hurts. The low-hanging-fruit comparison: no, NASA didn't and isn't going to allow Boeing to fly Starliner's uncrewed flight test(s) on a single-engine Centaur and then let them fly astronauts for the first time on dual-engine Centaur.

The arrogance/overconfidence is truly astounding 😅