Over the past few days Republican politicians have amplified a tidal wave of lies and disinformation from rightwing media. Ridiculous conspiracy theories about the President banning meat, and about the Vice President's book.

A new claim about Climate Envoy John Kerry is worse.

Republicans are spreading the highly dubious claim that Kerry secretly informed Iran's foreign minister Javad Zarif about 200 Israeli strikes against Iranian targets in Syria, based on a 2020 recording of Zarif reported by NYT. Republicans say it's "a criminal act" and "treason." 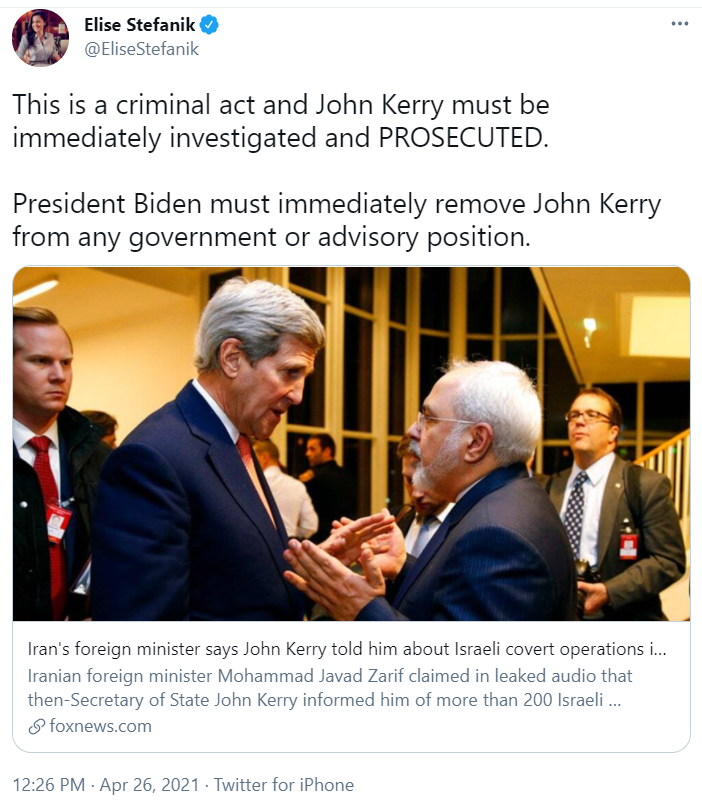 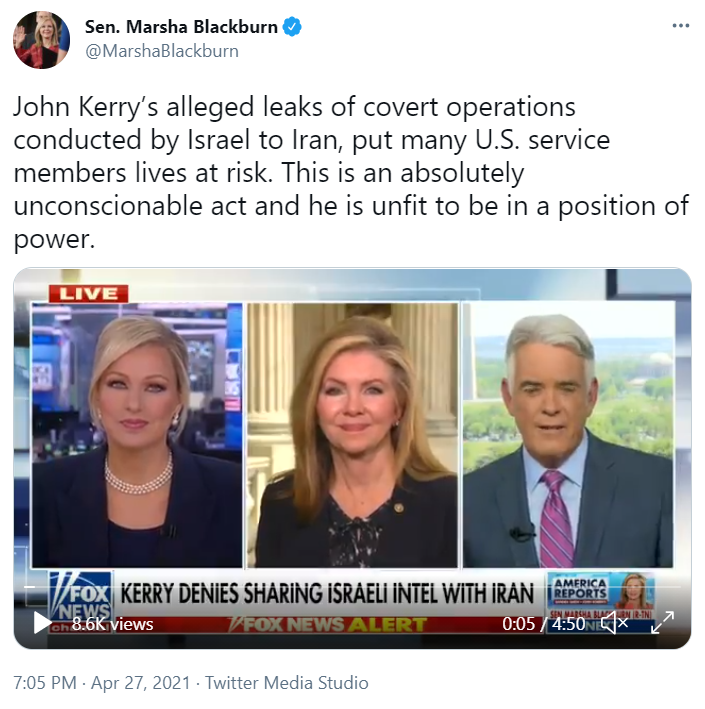 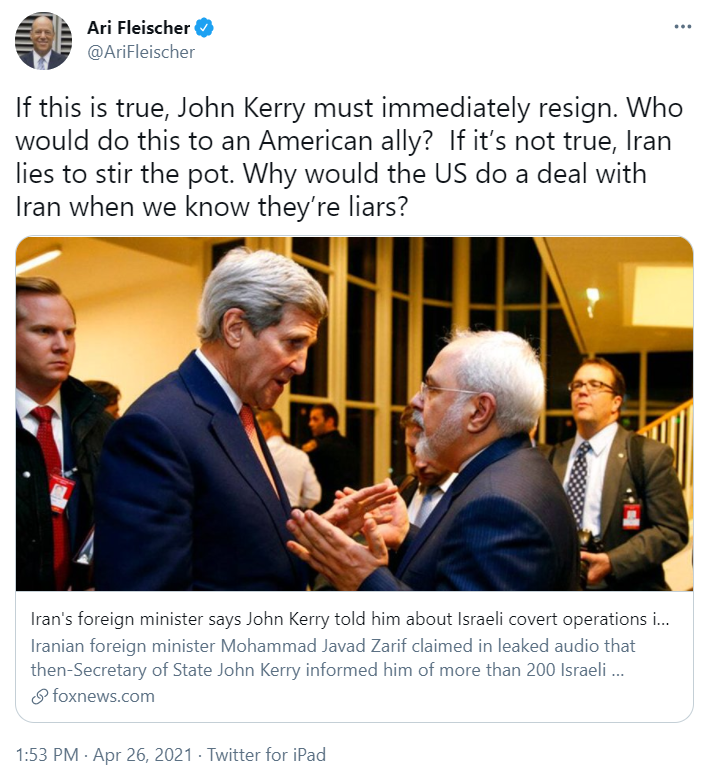 Mike Pompeo, one of the worst Secretaries of State in American history, is again slandering a diplomat for his own political benefit.

Nikki Haley, who said "we can’t trust them" of Iran, has chosen to take the word of Iran's foreign minister over a decorated American war hero. 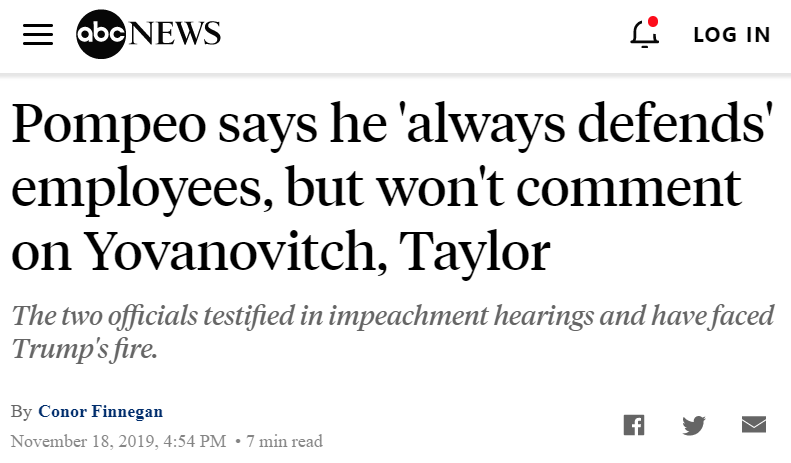 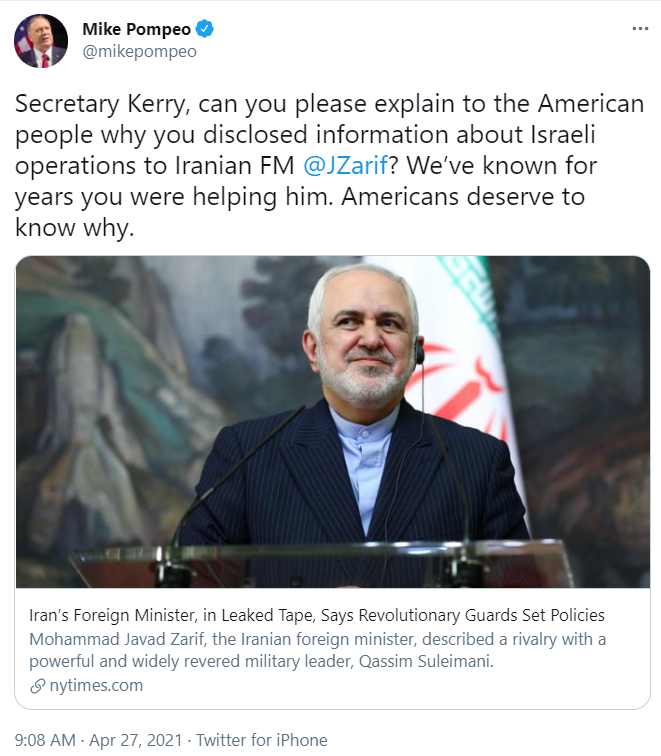 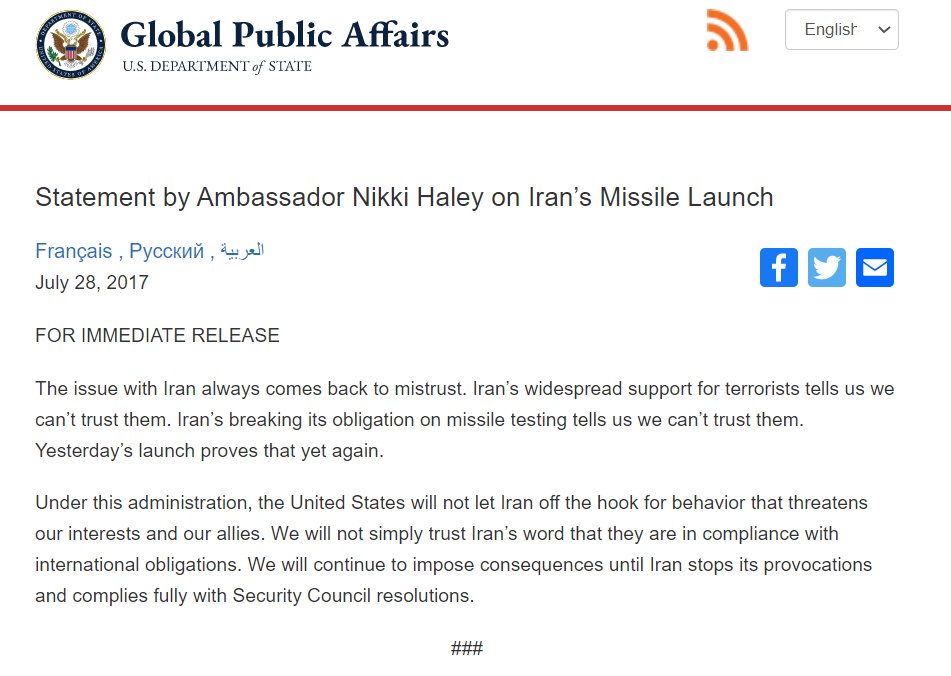 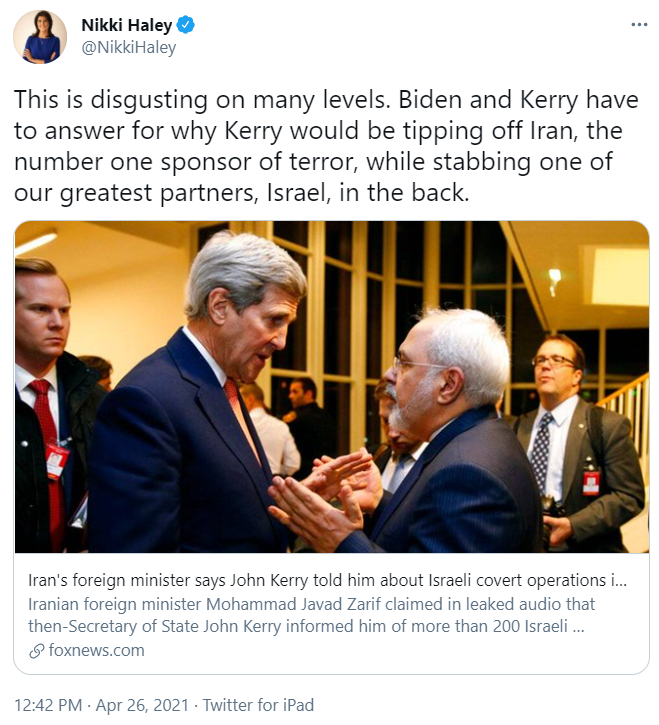 But the secret intel Kerry supposedly gave Iran's foreign minister wasn't secret. Benjamin Netanyahu discussed the strikes by a hot mic in 2017; the Commander in Chief of the Israeli Air Force publicly confirmed that Israel had struck over 100 Iranian targets in Syria soon after. 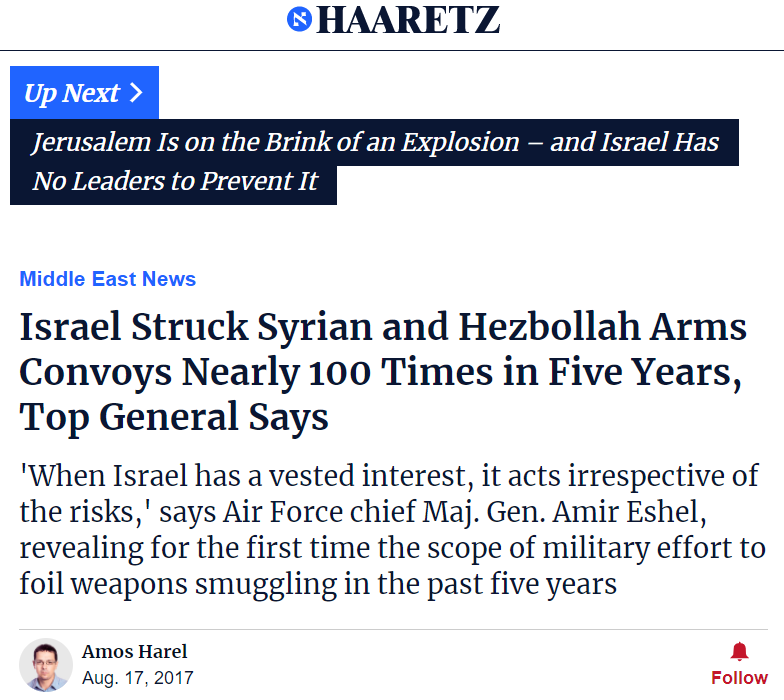 Except that was public knowledge, widely reported by global press at the time and publicly confirmed by the IDF. 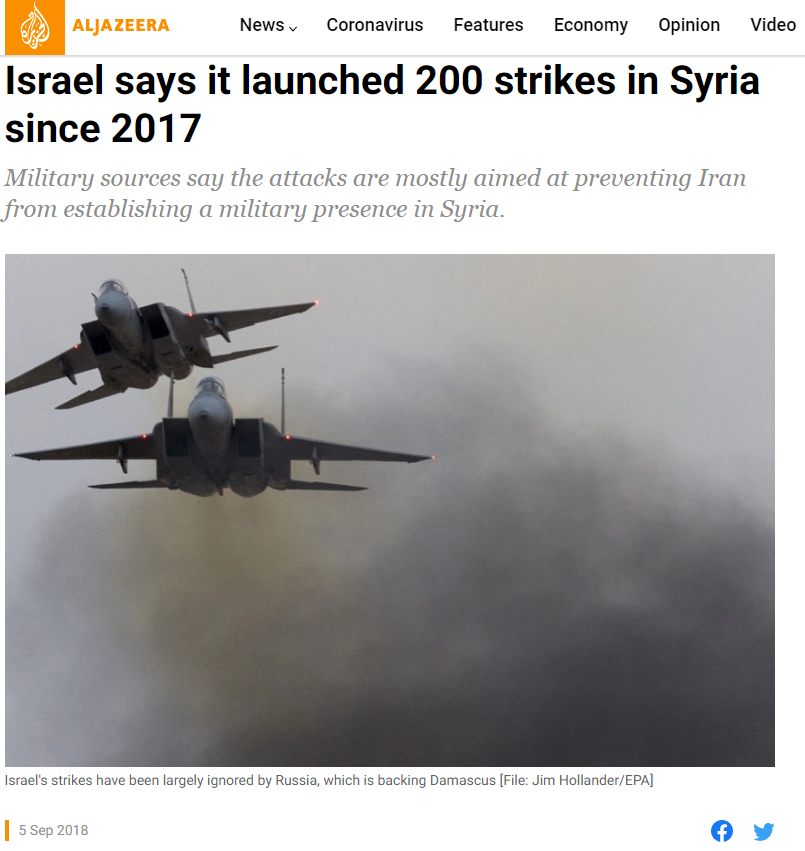 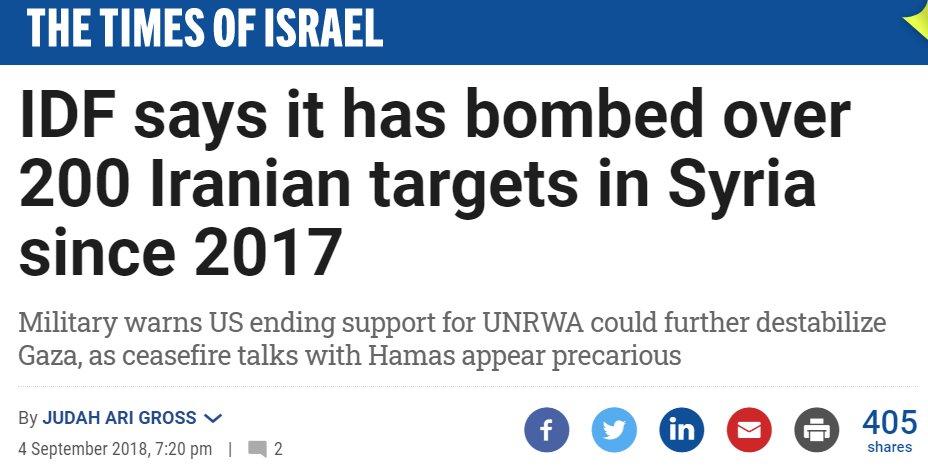 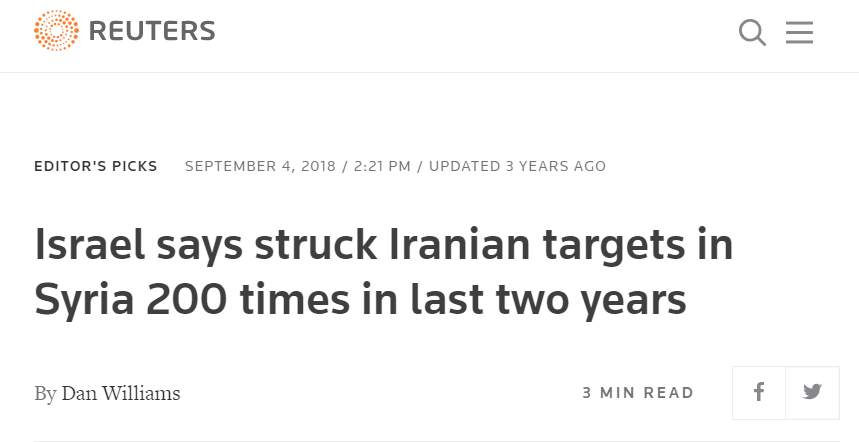 Republicans are slandering John Kerry, who risked his life in service to this country, of "betraying" a key ally by furnishing intelligence to an adversary that said adversary could have found with a google search.

This "secret" info came with a map at the Wall Street Journal. 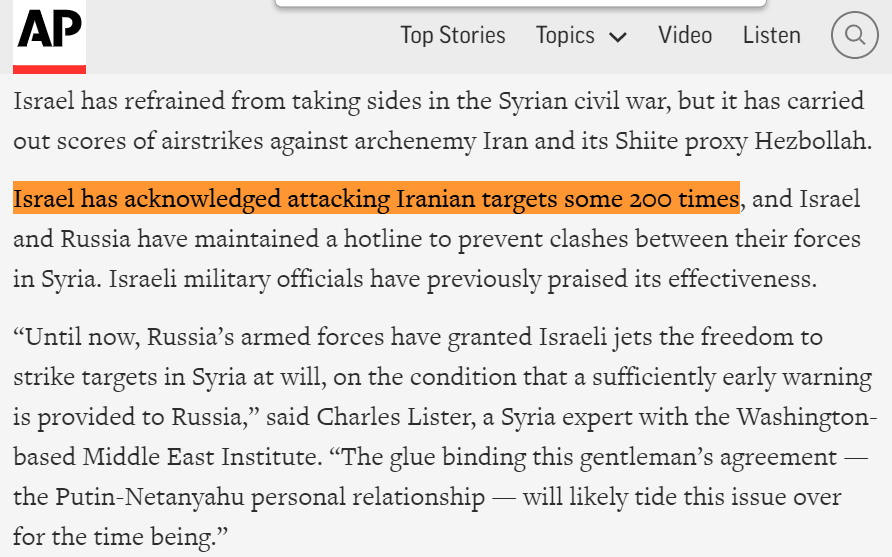 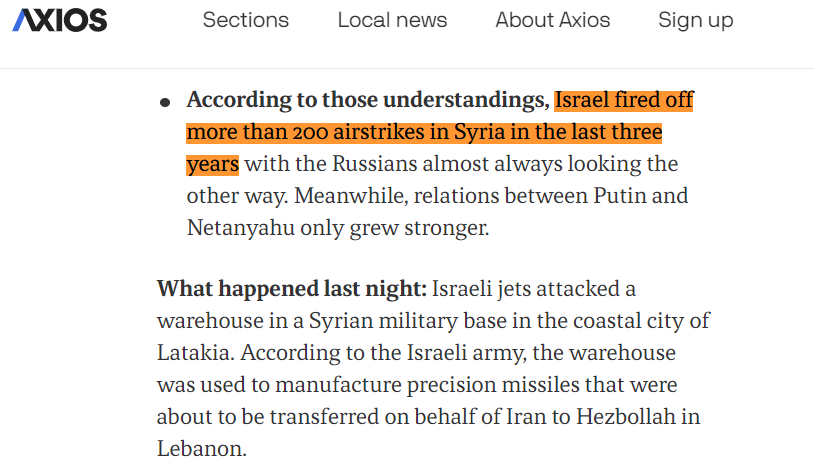 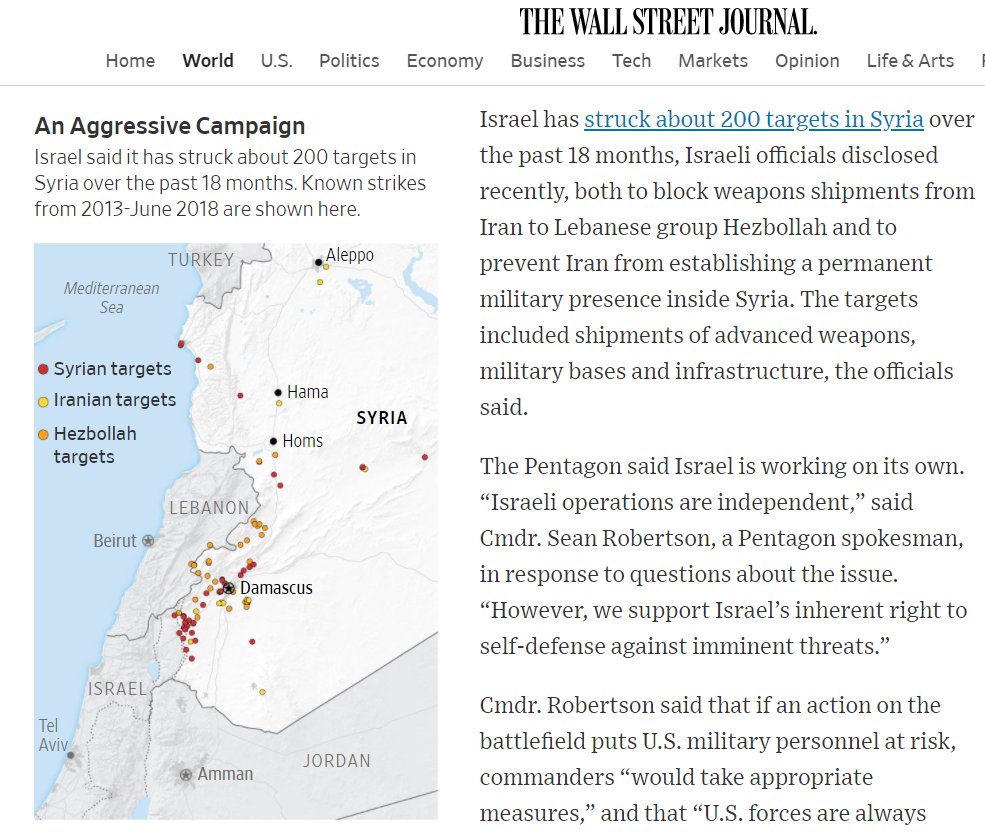 John Kerry's "secret" info, the sharing of which Republicans say constituted a criminal act, is such a closely guarded secret that it has been freely available on Wikipedia for years.

There is a scandal involving the betrayal of Israeli intelligence. You know who did it? Donald Trump.

Donald Trump betrayed Israeli sources and methods to the Russians during a meeting in the Oval Office, and Republican leaders were nowhere to be found. 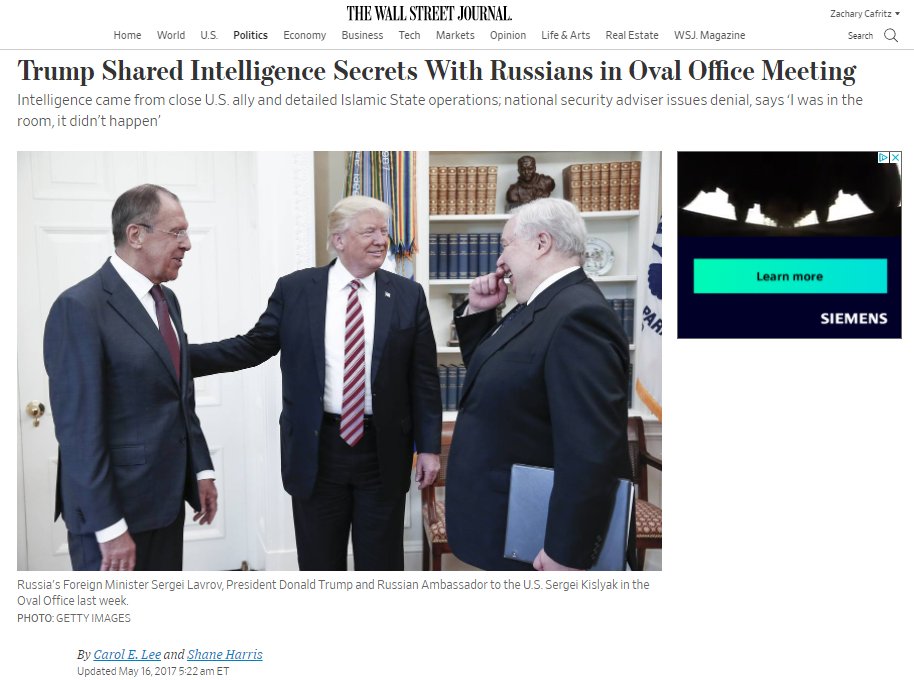 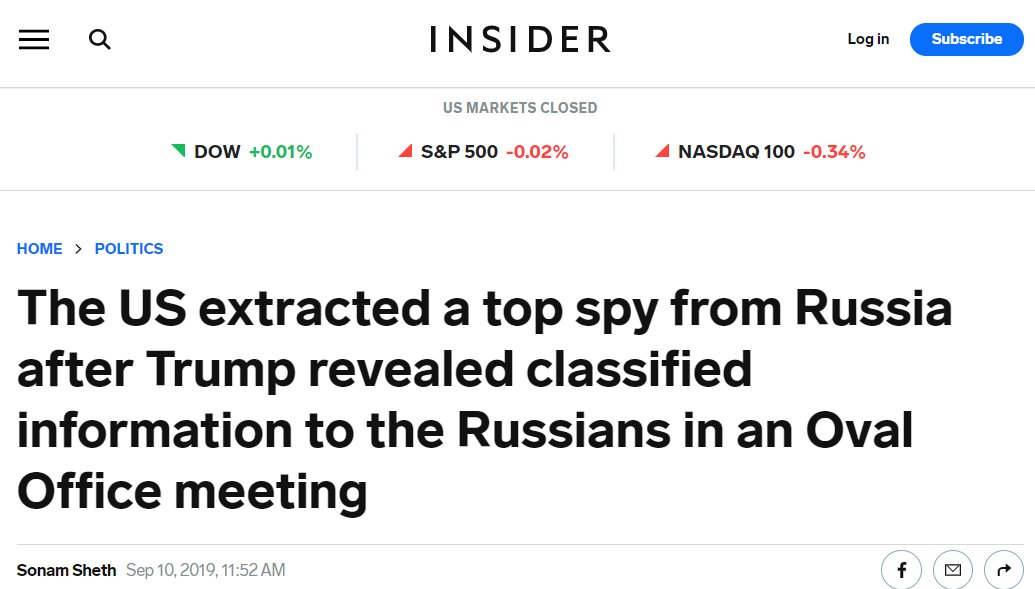 Republicans had their heads in the sand as Trump betrayed our national security interests and damaged our relationships with key allies. Their attacks on John Kerry are lies told in bad faith to try to weaken the President's ability to fight climate change. They will not succeed.