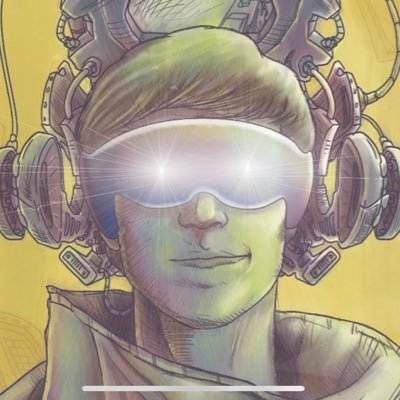 1/ While doing research for my essay on the negative externalities of the petrodollar, I learned a huge amount. Much of it was shocking or surprising.

Here's a thread with a few of my favorite bits of insight, with links for further reading 🧵

2/ The Vietnam war was the first American war fought almost entirely on credit.

3/ In 1971 the French were so worried that the dollar would devalue as a result of exorbitant American spending on war and social programs that they sent a battleship to New York City to collect their gold.

4/ The US dollar was devalued around 10% as a result of Nixon suspending dollars from being redeemed into gold.

This was initially pitched as a temporary measure, but it’s still the case 50 years later:

This is when the pact was formed for the Saudis to price their oil in dollars and for the US to sell them weapons and protect them:

6/ One thing kept secret at the time — and later declassified — was that the Saudis would get preferential rates on purchasing US treasuries, + they began to buy billions worth of them with their petrodollar income.

This is called “petrodollar recycling”

7/ As a result of this recycling of dollars back into the dollar-based financial system, the “eurodollar” shadow banking system and financialization of the world economy spiked dramatically:

9/ The effect of OPEC pricing oil in $ stretched far beyond energy markets. Countries were forced to either build export-led economies to earn $, or buy them in international markets, creating a stronger trading pair between their currency and the $:

10/ The petrodollar system put enormous pressure on the Soviet Union, which had to dig oil out of the ground, whereas the US gained the privilege of printing money to buy oil:

11/ If a country runs a high deficit, its currency weakens, allowing it to export more, balancing the deficit + strengthening the currency.

But since other countries want US debt as the global reserve currency, this balancing has not happened to America:

12/ As emerging market countries were forced to prioritize accumulating dollars to buy oil, they did not invest in local infrastructure.

They were also discouraged from building nuclear energy and thus remained "energy dependent" on foreign actors:

13/ The Saudis have supported a huge amount of global extremism, destroyed Yemen, and tortured women's rights activists all while being protected by the US.

15/19 9/11 hijackers plus Bin Laden were Saudi, but the US reacted by attacking other countries:

14/ In October 2000 Saddam announced Iraq was leaving the petrodollar system. By 2002, Iraq was selling billions of euros of oil to Europe via the “petroeuro.” In March 2003 the US + UK invaded Iraq. In June 2003 Iraq started selling oil in dollars again:

15/ In pages 364-368 of "Debt" David Graeber wrote in detail about the petrodollar system and its intersection with American foreign policy.

This section is highly recommended reading: 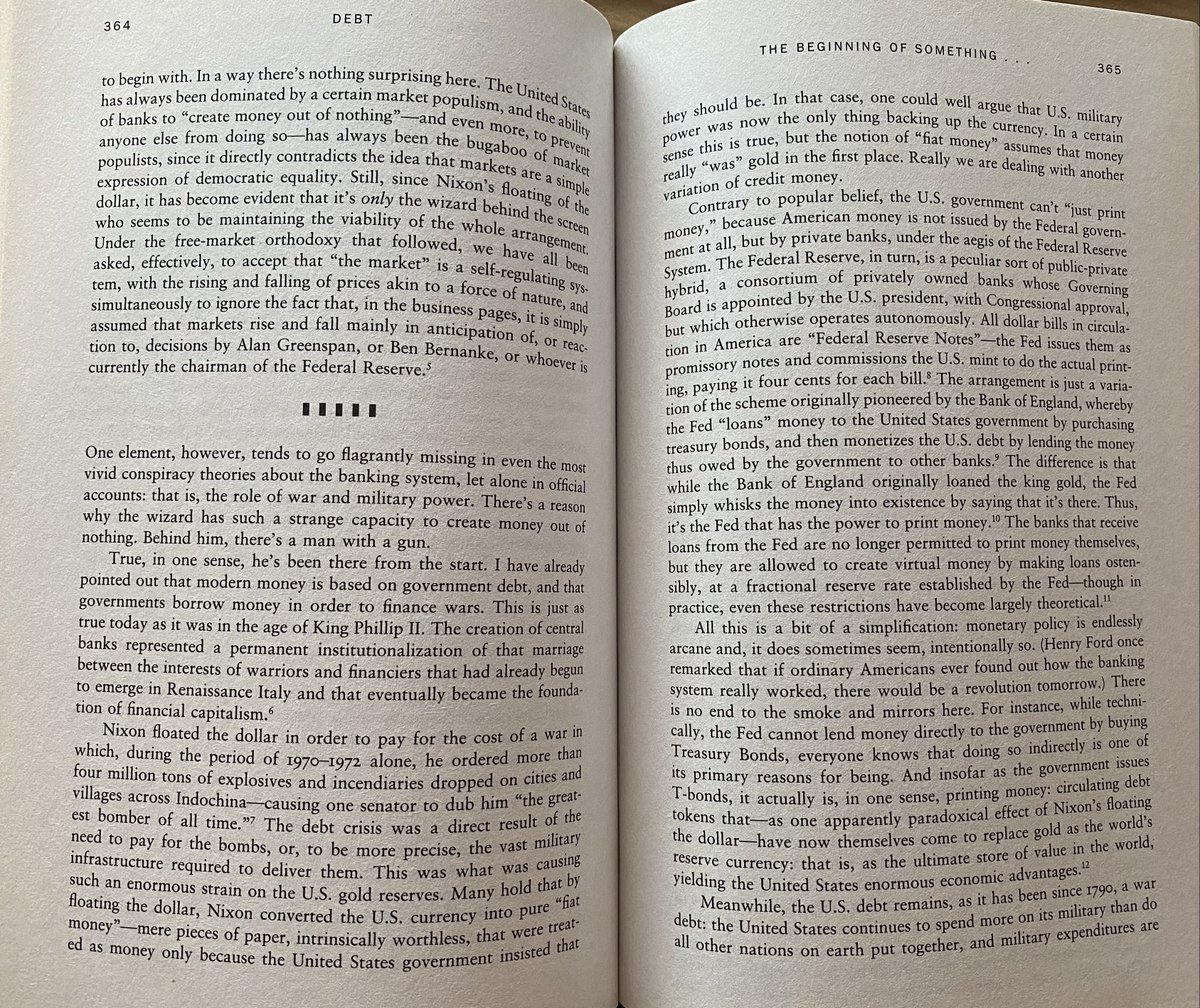 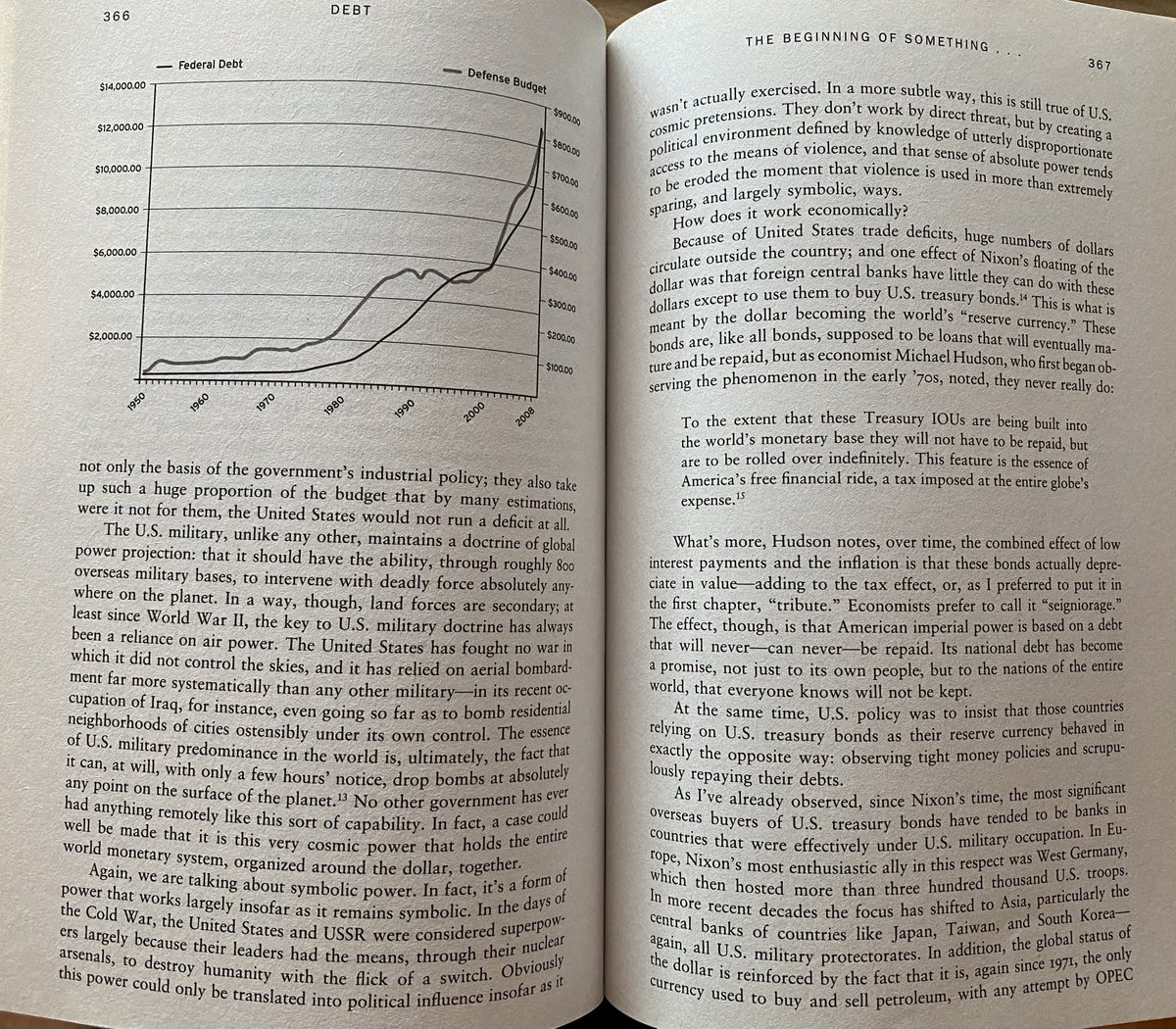 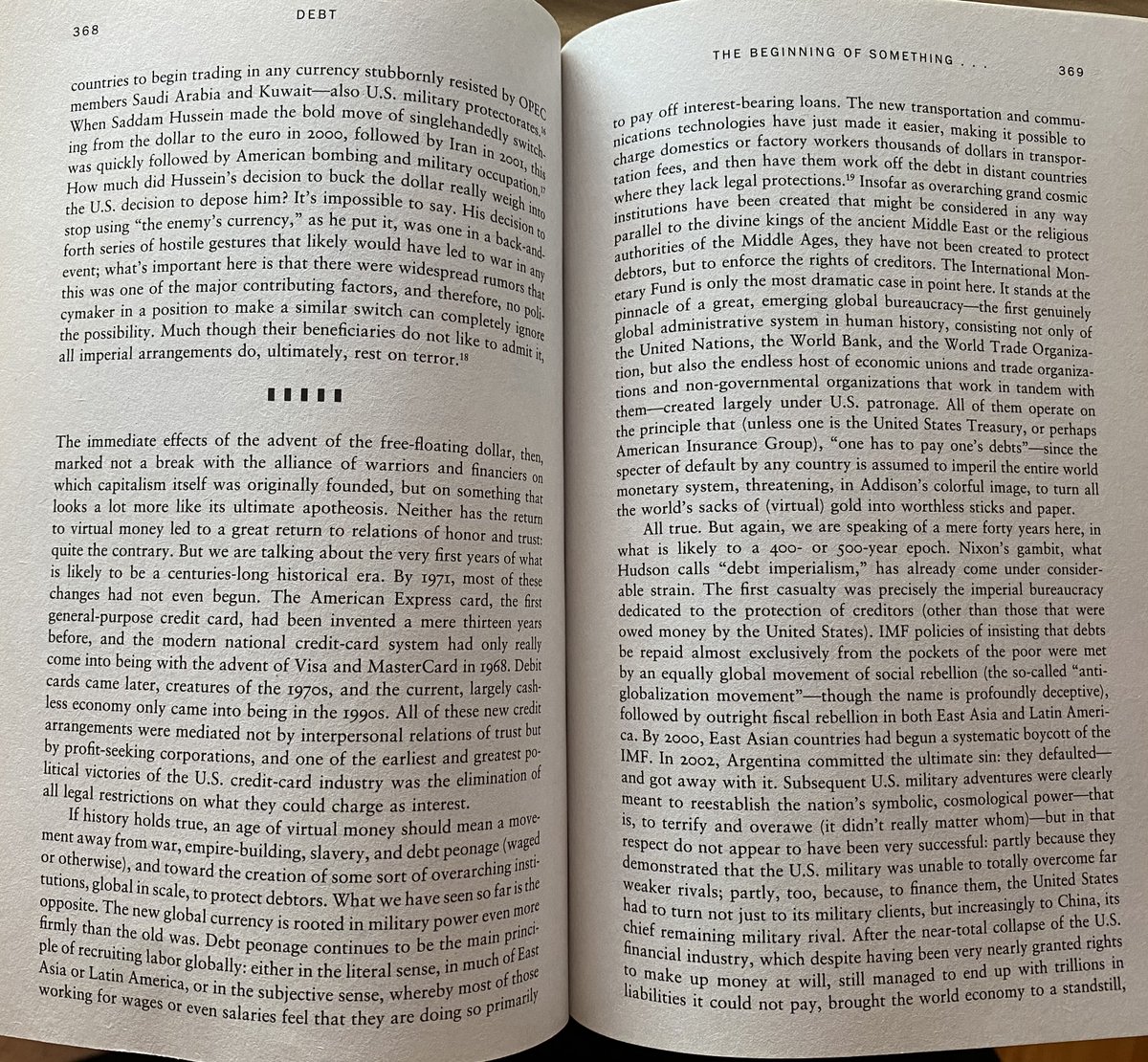 16/ The environmental cost of upholding the petrodollar system is enormous.

For example, the US military continues to be the world's largest institutional consumer of oil:

17/ In the past decade the petrodollar system has begun to fade. Countries are "recycling" less and less back into US debt.

18/ The world reserve currency may not follow these models but rather may trend towards a Bitcoin standard. This could be good for freedom, peace, + the planet and bad for dictators, war, + fossil fuels.

If you liked this thread, check out my full essay!

19/ Beyond David Graeber (may he RIP) there are many others I learned a lot from in researching this topic.

In particular I'd highly recommend following these folks: