£22.2bn of the investments are listed as acquisitions by Li Ka-Shing

That’s Sir Ka-Shing Li KBE - Hong Kong Businessman and knight of the Most Excellent Order of the British Empire.

Thought I’d reply here so I can keep in a thread.

I just found it bizarre that an article entirely “How Beijing bought up Britain” cannot distinguish between HK and Mainland.

The loudest alarm bells should be the involvement of CIC, but digging on these...

CIC total investment here is in 7 companies - two of which are PLCs floated on the LSE (Heathrow Airports and Thames Water). 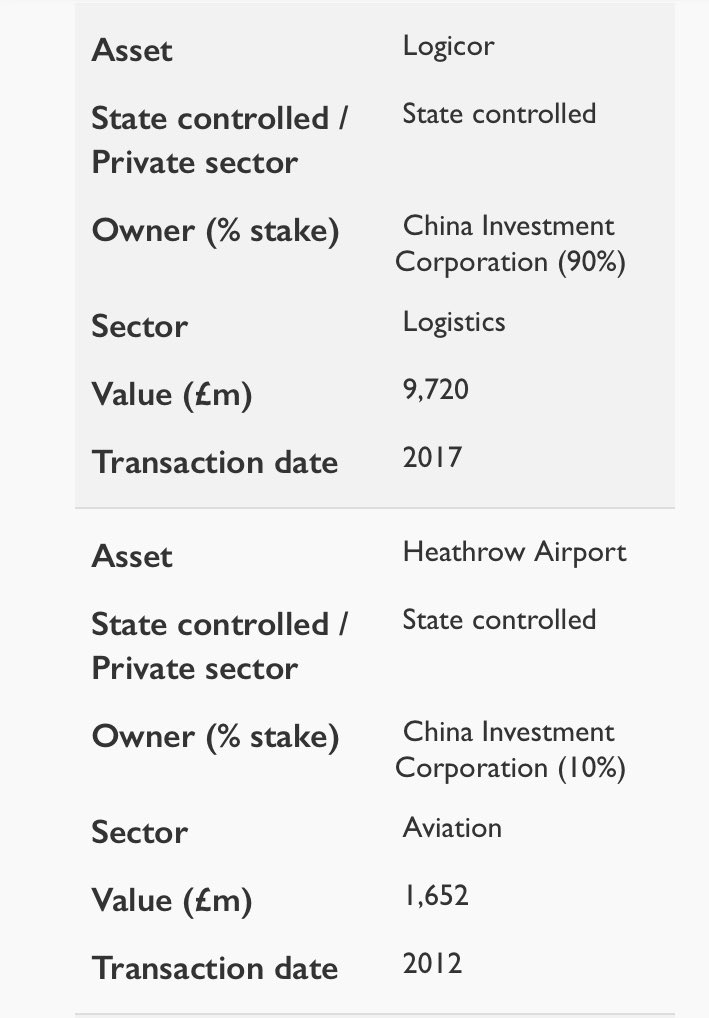 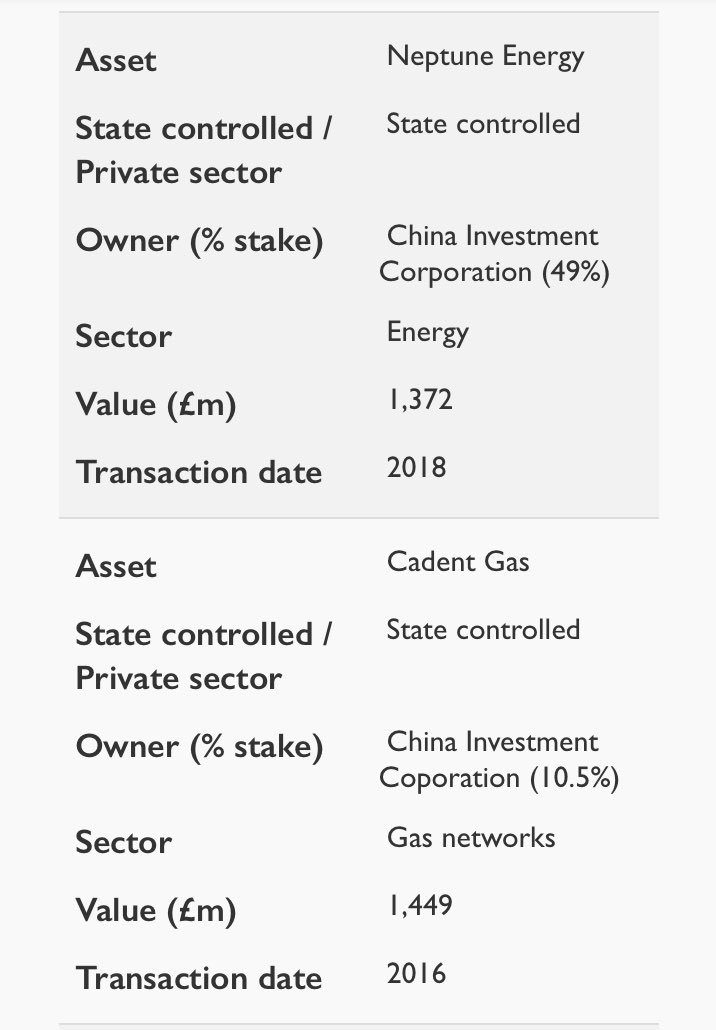 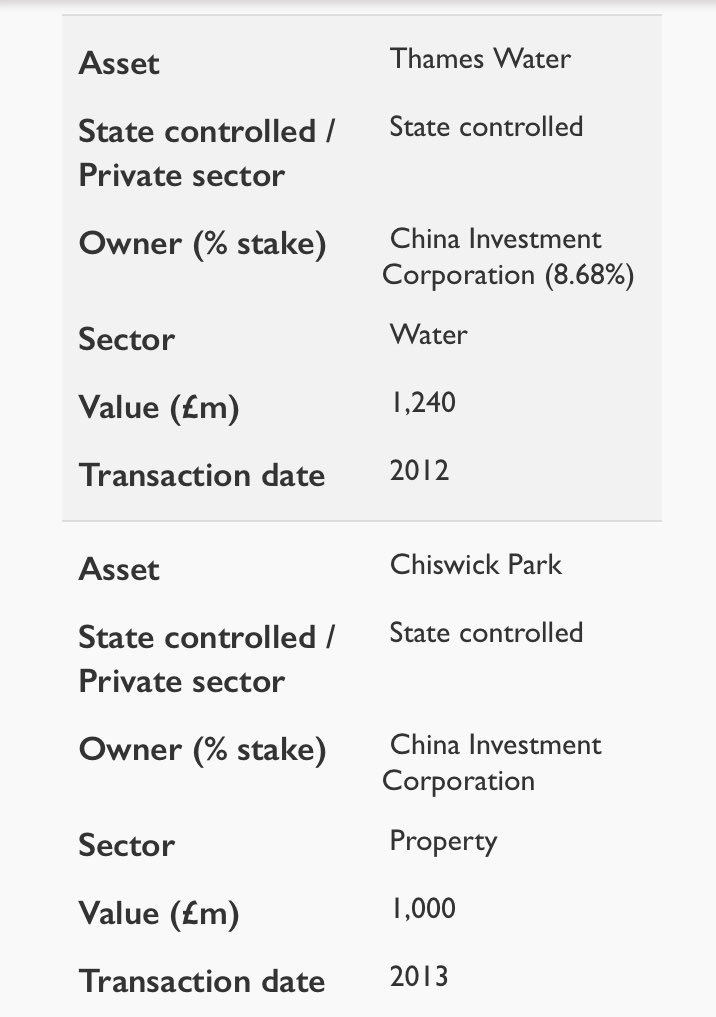 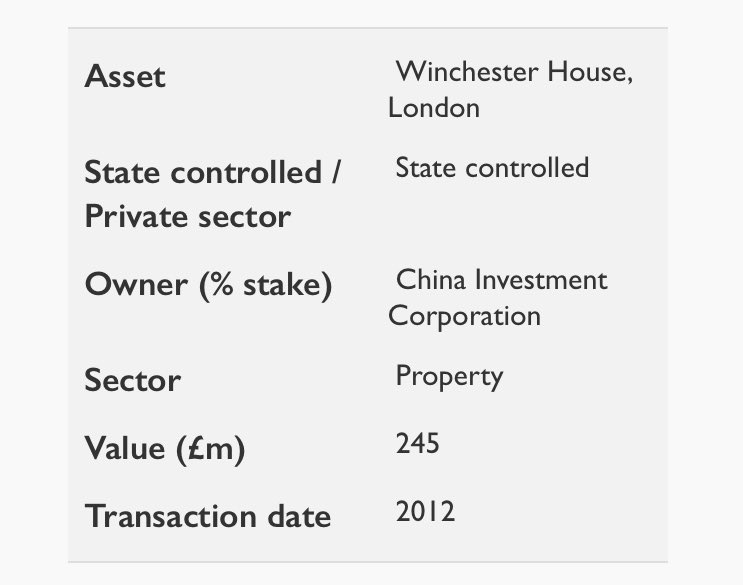 Of the other investments, Neptune Energy Ltd was due for IPO in 2020, but is waiting for markets to stabilise - as a of oil price war kicking off after OPEC-Russia talks derailed in March 2020.

Winchester House is a property investment and is the current headquarters of Deutsche Bank in London, purchased in 2012.

Chiswick Park is a business park and was sold to CIC in 2014 by Blackstone Group - that’s the New York investment firm run by Stephen Schwarzman (of Schwarzman Scholars fame).

This brings us to CIC’s largest investment: £9.72bn acquisition of Logicor Ltd

Logicor was European logistics wing of Blackstone Group (yep - Schwarzman again) - founded in 2012. Blackstone were considering IPO, but sold to CIC after tussle with Malaysian and Singapore companies

The final investment on our list is Cadent Gas Ltd which supplies gas to around 11 million households in the UK. It was acquired in two stages from the National Grid PLC

The acquisition was through the QuadGas consortium involving CIC, Macquarie (Australia) and Allianz (Germany) 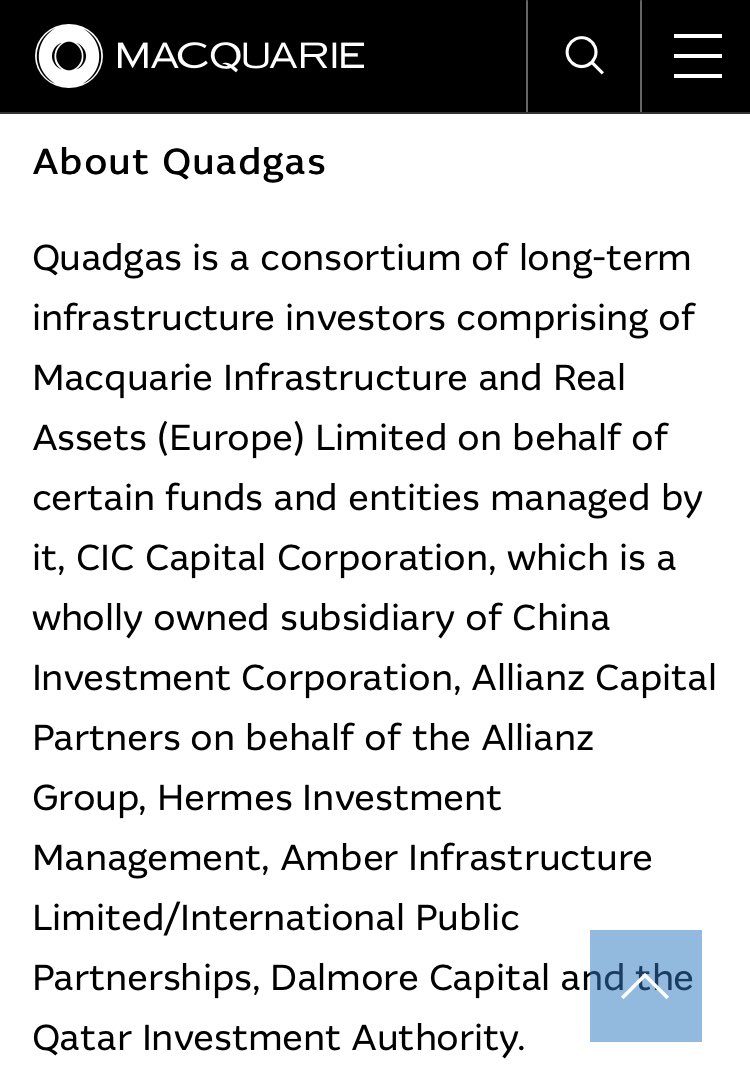 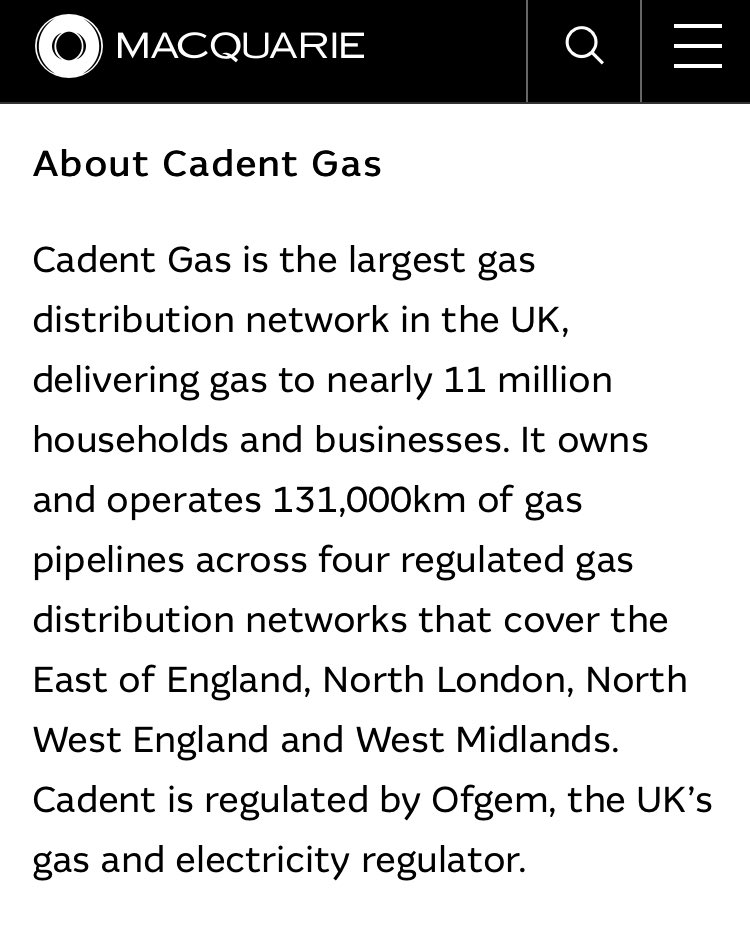 To be honest, this level of investment from CIC - given “high hopes” of the Golden Era of cooperation Cameron vaunted back in 2015 - is more than disappointing.