The question isn’t whether or not the virus came from a lab, the question is whether it was intentionally released or leaked out accidentally.

If it was intentional, here’s why it could be WWIII

Israel was working on one in the 90s. Funny enough, the journalist who broke the story died in an airstrike. Funny how that happens.
https://www.wired.com/1998/11/israels-ethnic-weapon/ … 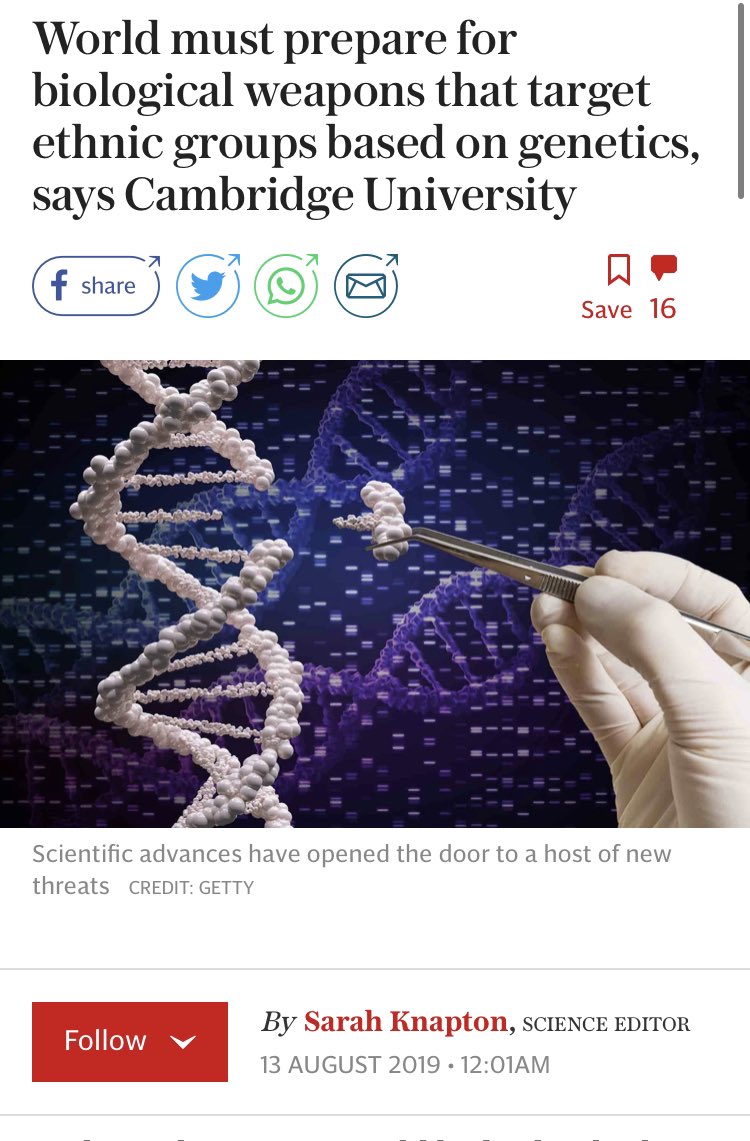 All those ancestry DNA kits people do? Guess where they’re sent for sequencing (Russia banned DNA sample exports because they’re a serious country).

China was collecting a massive database on American genetics. 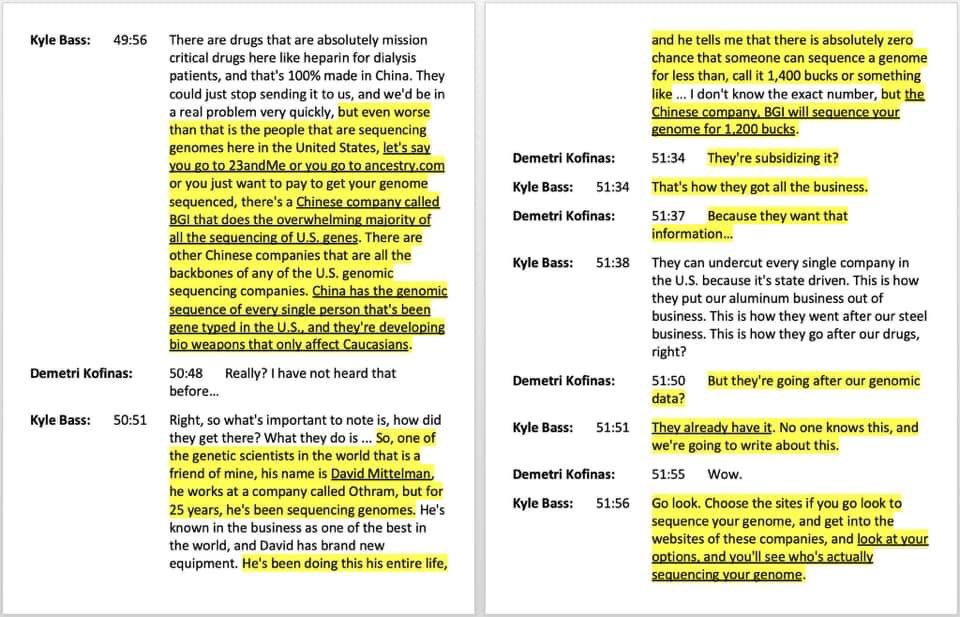 Targeting a country’s genes is a lot harder in America compared to a country with a racially homogenous population like Japan, but you *can* hit crucial sub-groups that are disproportionately important, like people of Northern European ancestry.

It appears to do just that - Factor V Leiden mutation makes you much more vulnerable to clots with Covid. The mutation originated among the Aryans in Anatolia. Most prevalent today among Scandinavians, Germanics, Americans, Persians, and Turks.
https://hms.harvard.edu/magazine/racism-medicine/clotting-factor-levels-covid-19 …

Don’t you find it kind of strange that Iran got hit so much harder than it’s Arab neighbors despite similar cultural practices? Those early videos from Iran of people collapsing weren’t staged, those were blood clots.

Now, maybe they were experimenting on a bioweapon but it leaked accidentally. But I feel that if that were the case, why did the Chinese delete the part of the genomic sequence that contained furin cleavage site from the sequence they published to the world?

That bit is crucial because the cleavage site is an additional way for the virus to enter cells. Important to know about when evaluating which medicines may work against it.

Without this site, infectivity would be quite low. It would probably just be another cold.

Still though, ethnic targeting is difficult and messy through genetic manipulation alone. But there’s another way.

You can modify a virus to be just deadly enough to throw things into chaos but not enough to be a 9/11 type coalescing event. You can also figure out what antibodies would be created with your enemy’s most likely vaccine platform.

You release the first virus, let it play out, enemy country goes through process and makes vaccine, mass immunizes their population. Now you release Virus 2 which targets those antibodies now present in the enemy population.

I’d say 70/30 it was an accident. US biocontainment sucks, it’s almost certainly worse in China

But that other 30%? A Trojan horse scenario? That could be uncharted nightmare territory. To be on the safe side we should launch the nukes now. /end