48.02/ Not popping champagne corks yet, but the large person with horns could sing at any moment to usher in a post-Bibi Israel

48.03/ Has Bibi taken credit for inventing the question mark?

48.04/ English language sources for who's the likely cabinet in the upcoming Israeli government
https://www.972mag.com/israel-new-government-explained/ …
&
https://www.reuters.com/article/us-israel-politics-explainer/explainer-whos-who-in-israels-new-patchwork-coalition-government-idUSKCN2DP0EX …

48.05/ It's a miracle in my eyes that I'm able to be here with my family, in the vaccinated section in the Coca-cola Corner at Citi Field. Thank God for vaccines and #LGM 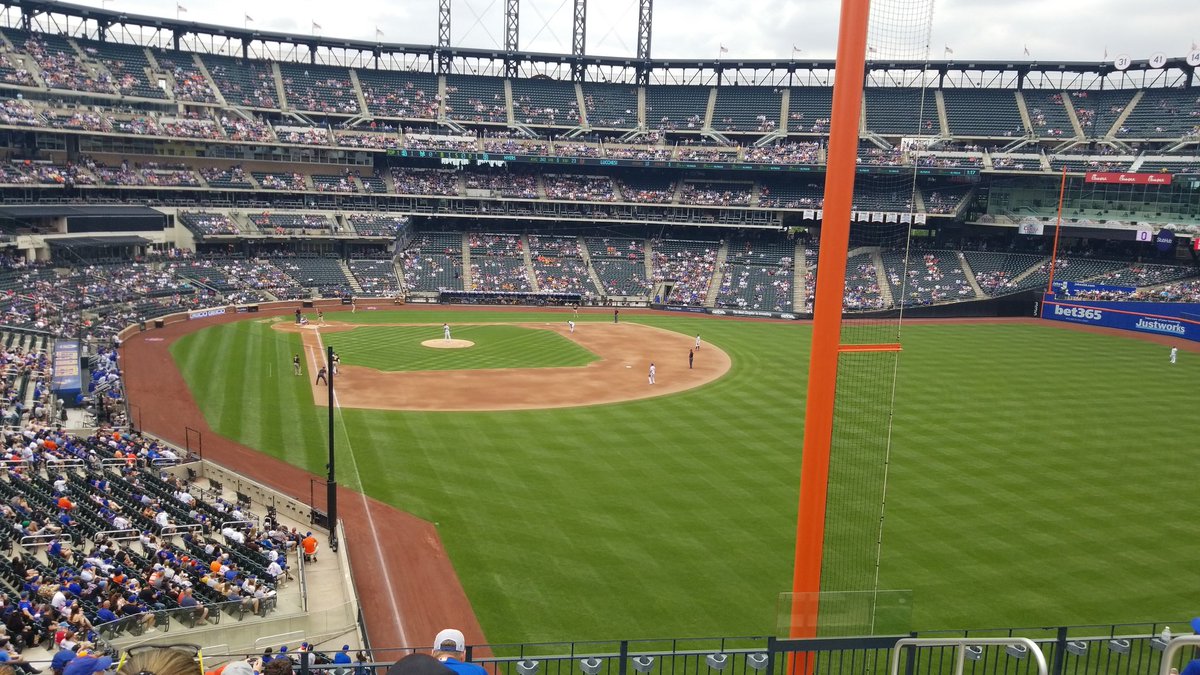 48.08/ This is stirring. The presence of mind to write this note, and make it a message of hope is laudable (usually these are Twilight Zone-ish memos of doom).

48.09/ To explain: I was at the #Mets game yesterday. We started the 7th inning up 2-1. Then one pitcher loaded the bases & walked a guy home, tying the game. His replacement named Barnes then gave up a grand-slam & another homer. He was roundly booed.

48.10/ The scenes from the streets of Israel remind me of the overwhelming joy we in the US felt, and poured onto the streets, when Pennsylvania was called for Biden on Nov. 7, 2020.

48.11a/ Transl. "How does it feel to you?" over a picture of the incoming Israeli government with the men's faces obscured and the women left unmarred. This is satire against a common misogynistic practice by ultra-Orthodox which does the same in reverse.

48.11b/ Here are the nine female cabinet ministers with their faces in a 3x3 grid with their titles.

48.12a/ This is a fascinating point: Israel is the first non-Muslim country to have a Muslim party part of the ruling coalition. Many counties have sizeable Muslim population (e.g. India) which makes this esp. remarkable.

48.12b/ And here's another breakthrough: that the leader of the Muslim party addresses the parliament (Knesset) in Arabic. Things like this won't stop the libel against Israel, but I think prudent people will recognize the significance.

48.14/ My Blue state is over 70% vaccinated and things are slowly getting back to normal. I was at a #Mets game yesterday! It was great! But the Red States are setting themselves up for a preventable disaster and it's heartbreaking.

this is what the ultra-Orthodox press does to women's faces in pictures. From my perspective as a Modern Orthodox rabbi, it is forbidden to do this because it violates kavod ha-briyot.

48.17/ I was so lucky to have a good middle school
https://www.ithacacityschools.org/dewitt
with a Black social studies teacher who did not shy from teaching about slavery, atrocities vs. native Americans etc. So, to me, what Bouie shows here is like diabolical sci fi.

48.17b/ I'm searching through my papers to find the name of my teacher back from 1985. My brother reminds me of Mr. Dallas Washington, my teacher in Ithaca HS pictured here before he retired (and a name that's hard to search for online b/c of the NFC East)
https://rockyrunms.fcps.edu/features/rocky-run-recognizes-students-ram-pride-and-ram-strength-awards …

48.18/ This thread is solid about the purposes of the attack on CRT.

From my perspective, the lack of accountability and oversight b/c of the death of local news, plus the addictive bubble of Fox/Facebook, means White Supremacy can escalate unrestrained.

48.19/ While I'm generally reluctant to link to CNN given they coddle White Supremacists and abusers, but this article about #CriticalRaceTheory is excellent with many useful links.
https://www.cnn.com/2021/05/27/us/critical-race-theory-lens-history-crt/index.html …

48.20/ In my disability research I've seen it argued how a condition could be a "competitive advantage." I reject this framing. Humans live in societies & that renders Darwinian analysis useless. E.g. many societies consider life sacred & thus keep their disabled members alive!

48.21/ Having five oceans is nice because the more the merrier but my GenX nostalgia won't rest until I get Pluto back. Just make it work, astronomers! The oceanographers are busy making my map more interesting, why not y'all?
https://www.nationalgeographic.com/environment/article/theres-a-new-ocean-now-can-you-name-all-five-southern-ocean …

48.22/ Holy macaroni! My brother @acypess pointed out to me that the CNN article in 48.19 has a picture from a 1940 tabloid with this front cover: "True Story: Hilt*r's Love Life Revealed" which makes this illustration of Jim Crow even deeper. 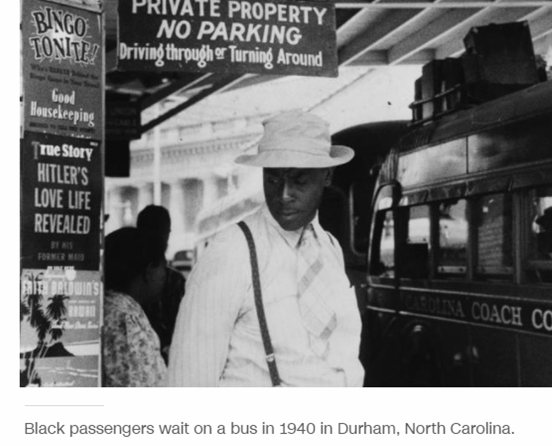 48.23/ The updating of #MLB record books is an example of why #CriticalRaceTheory is necessary, what positive changes will happen when we re-evaluate history with a more accurate lens AND why the bigots oppose CRT, b/c it will demote their white heroes.
https://www.nytimes.com/2021/06/15/sports/baseball/baseball-reference-negro-leagues.html …

48.24/ This is a great cartoon called "Modern Ghosts" by @twisteddoodles. I'm uploading it to add alt-text (just in case) but the original is from here: 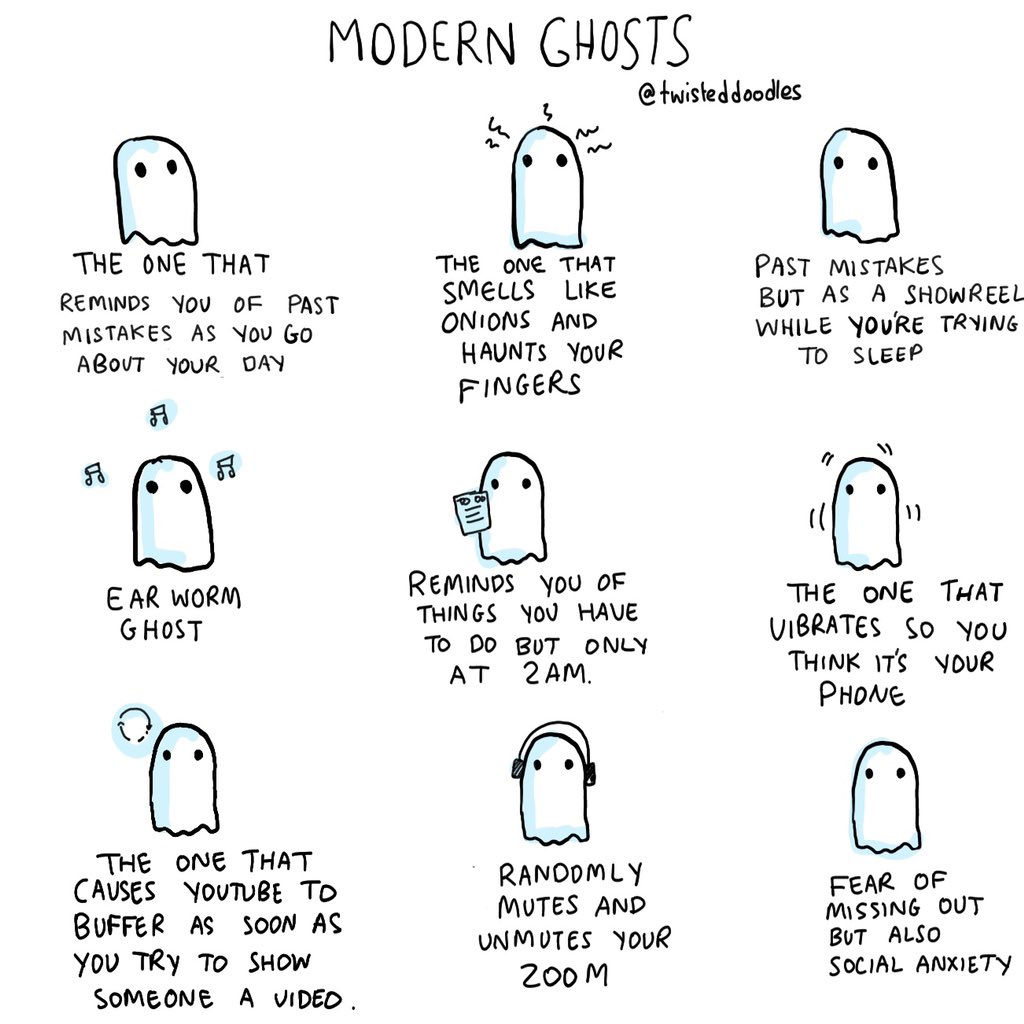 48.25/ I can't believe I blew past #FlagDay. My favorite nonsense holiday. Here's my commemoration from 2019 with one of the best Onion snippets

48.26/ This turns out to be true! This map of England with "regional names for woodlice in the UK." In Upstate NY we called them "sowbugs." This article confirms the gamut of names:
https://www.bbcamerica.com/anglophenia/2014/09/many-names-brits-woodlice …
I can't get past "Crunchy bats" in Northern Wales.

48.27/ While the primary answer is the power of white supremacy, another common denominator is stasis: new holiday? Sure. Bestir to confront sins in the past that persist harrowingly in the present? Nope.

48.28/ This looks authentic and it's so good: a kid's menu in a Scottish restaurant.

{As usual, I'm copying the picture (which I cropped & brightened) so I can add alt-text}: 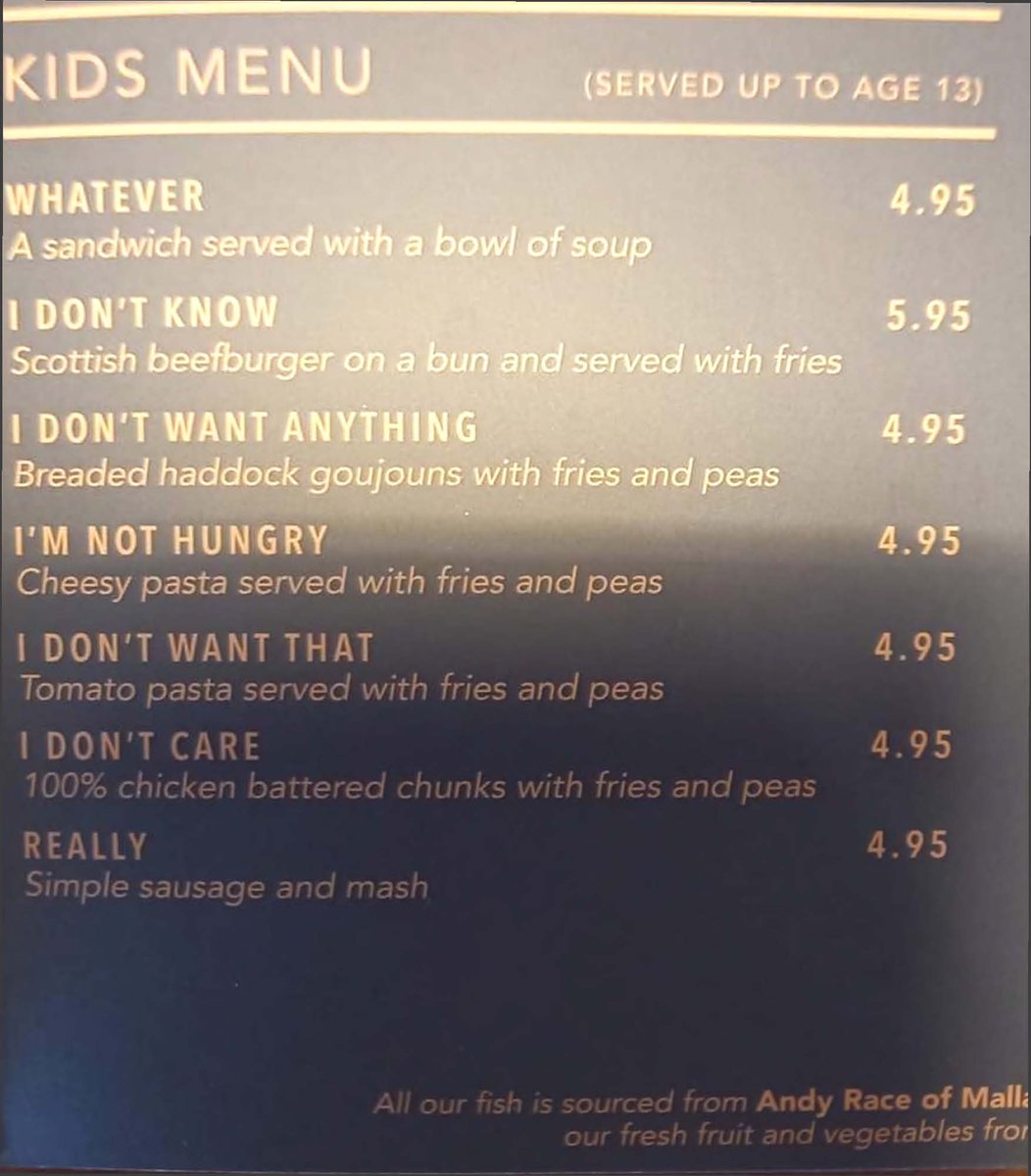 48.29/ Can confirm. My grandfather z'l was a leader in the bakers' union in NYC & had to hide out in NJ at one point because of death threats. There are numerous stories of him defending himself with his cake-baking fists against management goons.

48.30/ Re: #JuneTeenth2021 and the new Federal holiday. I've long hoped for a day to celebrate the defeat of the evil slavery system and the rebellion in our Civil War. I don't know if this is the way to do it, but if possible, that's a meaning I plan to imbue into the day.

48.31/ Saying a shehechiyanu and thanking God because my entire nuclear family has, as of tonight, all received our second #vaccination. A year ago, I would never have expected this as possible. It's a miracle. And thanks to Biden & the Democrats for making us all so much safer.

(Also, by "weird" I understand this to mean "budding polymath and future academic")

48.33/ I'm reupping my #ArtWar tutorial from last week. I've heard from others that this is a good tool for #ADHD kids (or adults) and other ND parenting occasions, i.e. "How to endure a long boring audience experience, together." #adhdtwitter

48.34/ It's important to realize, as soon as possible, that some people are actually incapable of changing their minds.

Even if they appear capable (which many aren't) it will cause them so much pain, they'd rather die first.

48.35a/ On one hand, I'm connected to both the new president & PM of Israel, but in a way that's largely useless. I'm saying this to show the asymmetrical way relationships work in the 1-degree of separation religious Zionist world. Still, it's an odd feeling.

48.35b/ Herzog's first cousin was my roommate for a year while I was an assistant rabbi at CKJ (see linked article for another connection).

Even weirder: it turns out Bennett & I were in 4th grade together in Haifa in 1982! Separate classes, though.
https://jewishlink.news/features/44575-herzog-and-bennett-attended-same-ny-shul …

48.36/ Not only will I try to convert the amounts, but it's hard to watch a movie without making some kid of mental note about it (e.g. "that's about 1/10th of our money now")

48.37/ This thread is so good & reflects how my social-scientist subconscious instinctively rejects many movie-worlds. People just have different abilities to suspend belief based on their life experience, education, & general neurological makeup.

48.39/ There's so much social science truth built into the fact stated by @rbtastic below. I've repeatedly said "power is people" & this is a corollary: life is with people. On the flip side, it's why we believe being an immigrant, or a pioneer, is heroic.

[alt-text: Picture is the handshake meme; one hand says "Excel" the other "Incel" and the middle says "incorrectly assuming something is a date"]

48.44/ This picture contrast is so telling I need to show it to everyone I can. On the left is the infamous Helsinki picture of Trump (ym'sh) slumped like a chump next to Putin. On the right is a smiling straight-backed Biden & a slumped Putin.

When you put the numbers together like this, even per capita, the death toll is staggering. Add onto it the US prison system's purposeful inequality and the whole structure needs to be rebuilt from the bottom up.

48.46/ Excellent point. Fatphobia is a stupefying background bigotry throughout our culture, and I see it marbled through the health-care culture like a cancer.

48.51/ I held a symposium with my three kids about this question. We resolved that lightsabers had been thoroughly nerfed in the shows - beskar steel? sure; the axes of those weird Jabba pig guys? why not - that the shield still wins.

48.52/ Finished my Shabbas grilling, and it's time to close things down. #ShabbatShalom everybody!