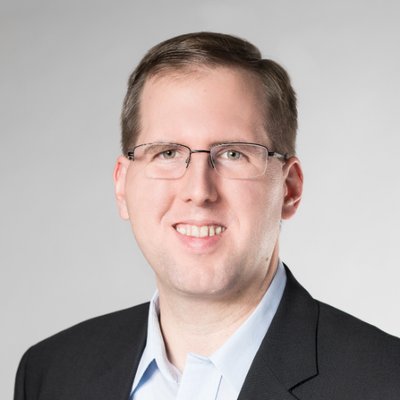 One way to measure a heatwave is by how much temperatures have exceeded normal conditions.

By that metric, the heatwave in the Pacific Northwest has essentially tied, or possible even exceeded, the most severe summer heatwave ever observed anywhere in North America. 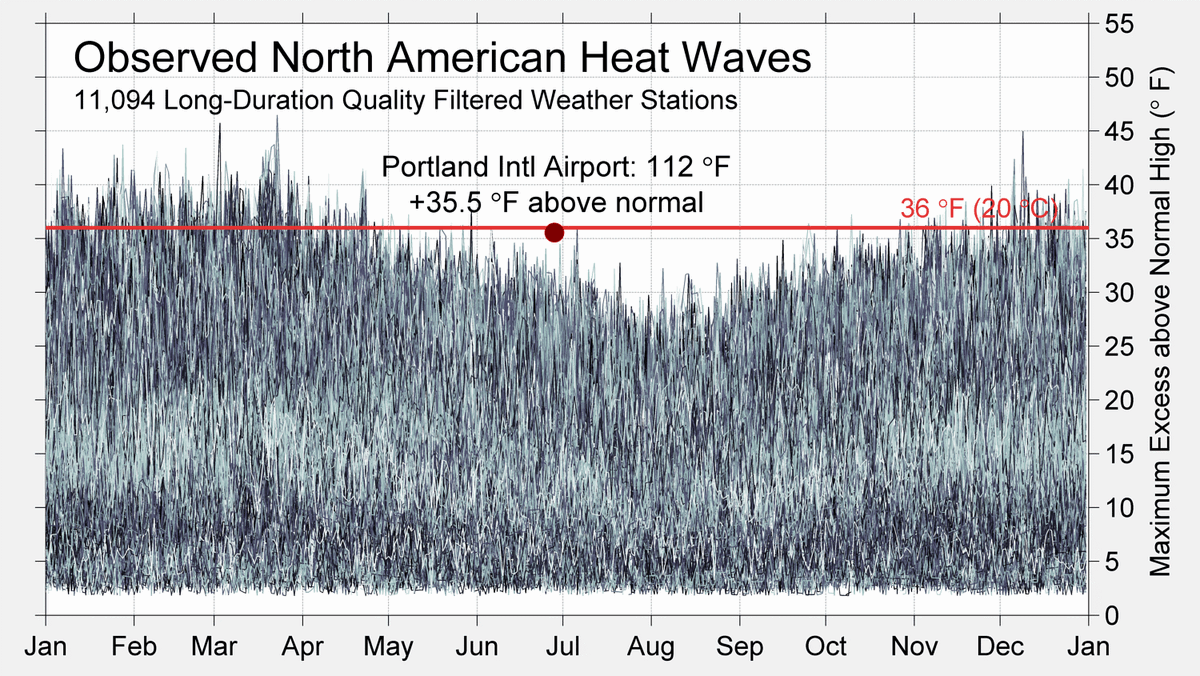 The previous graphic also helps to clarify why it is so shocking to have been seeing these weather models forecast temperatures +36 °F (+20 °C) above normal.

Historically, that essentially never happens, anywhere in North America during the summer months. 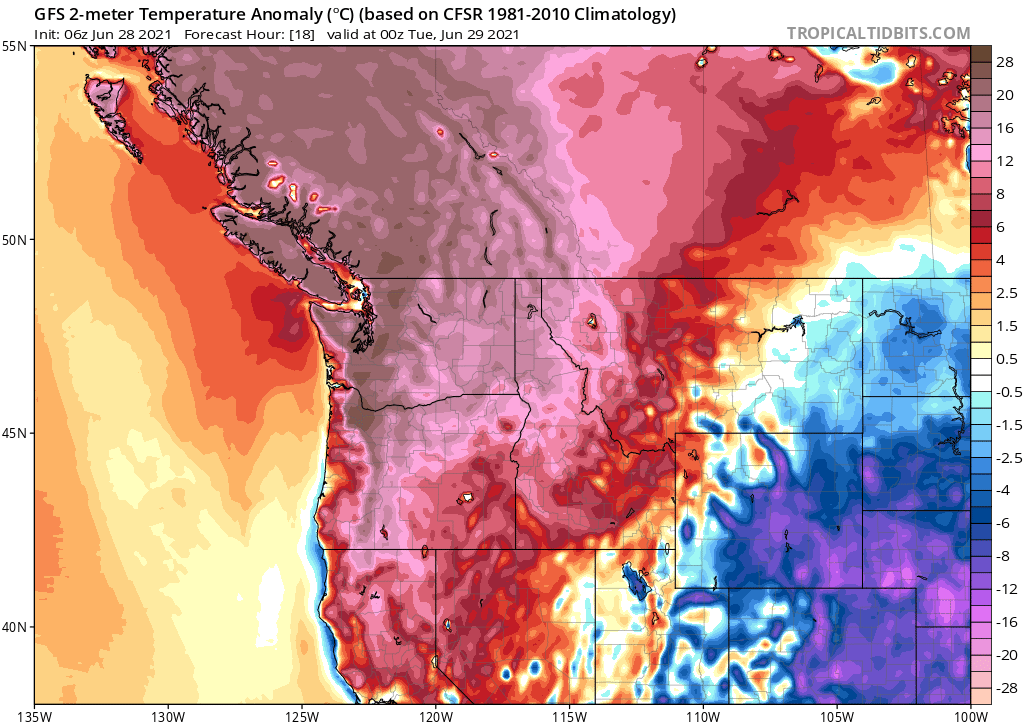 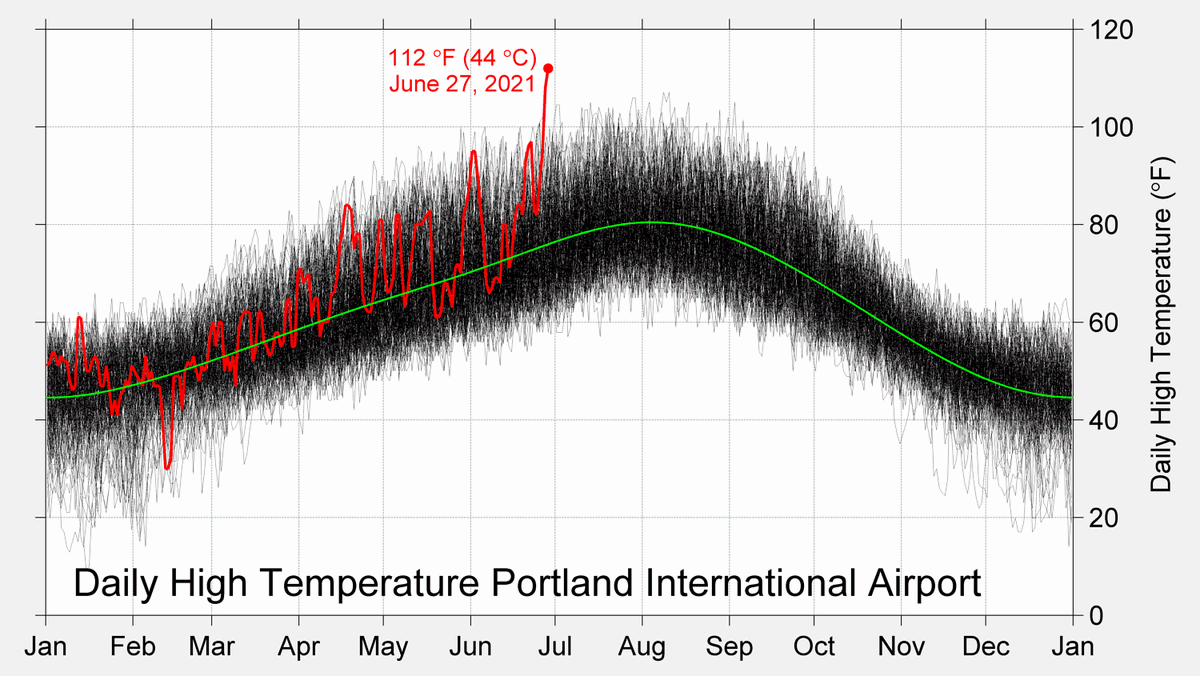 Historically, we'd expect a deviation that large to happen on roughly one day out of every 350 years.

But things aren't the same as anymore.

By adding a few degrees of warmth to the climate, historically improbable events are suddenly occurring with alarming frequency. 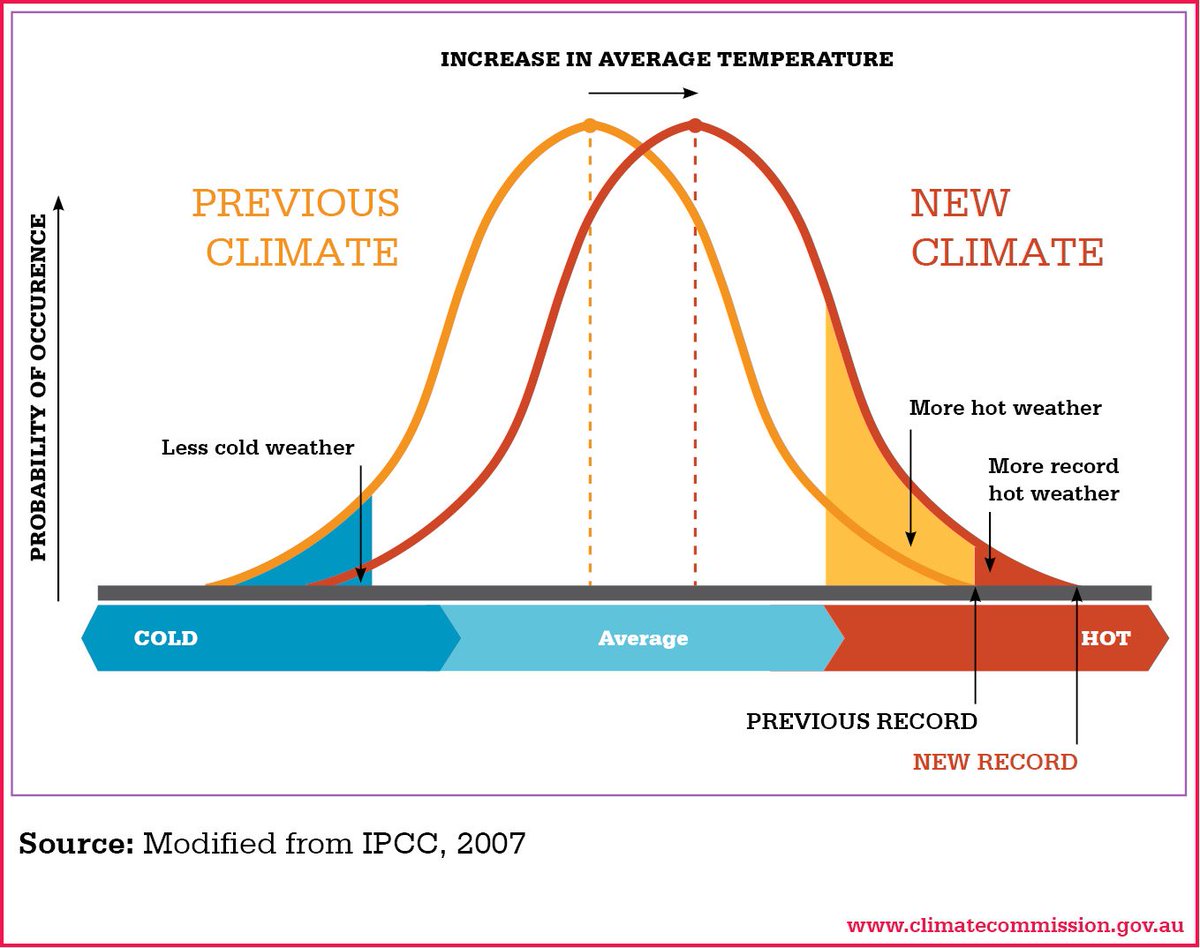 However, we've already added about 3.2 °F (1.8 °C) to the average land temperature, which is where most of us happen to live. 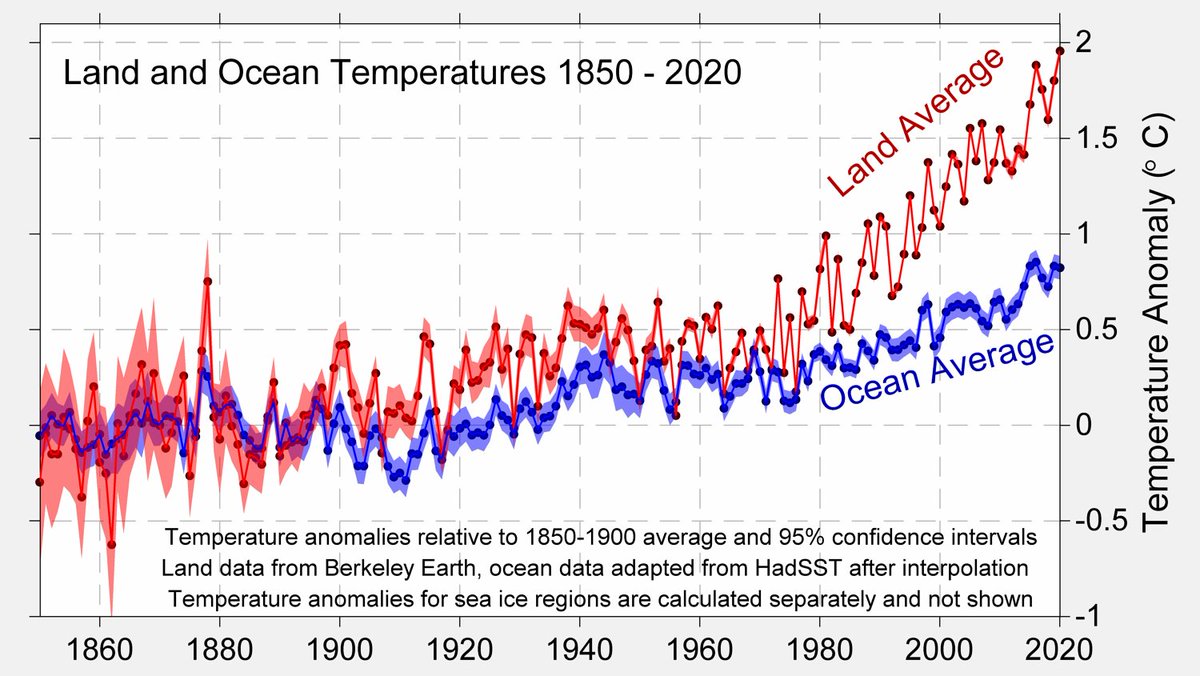 Temperatures on Earth will continue to rise, until humanity greatly reduces its emissions of greenhouse gases, especially carbon dioxide.

Climate is changing, because we are changing the atmosphere. 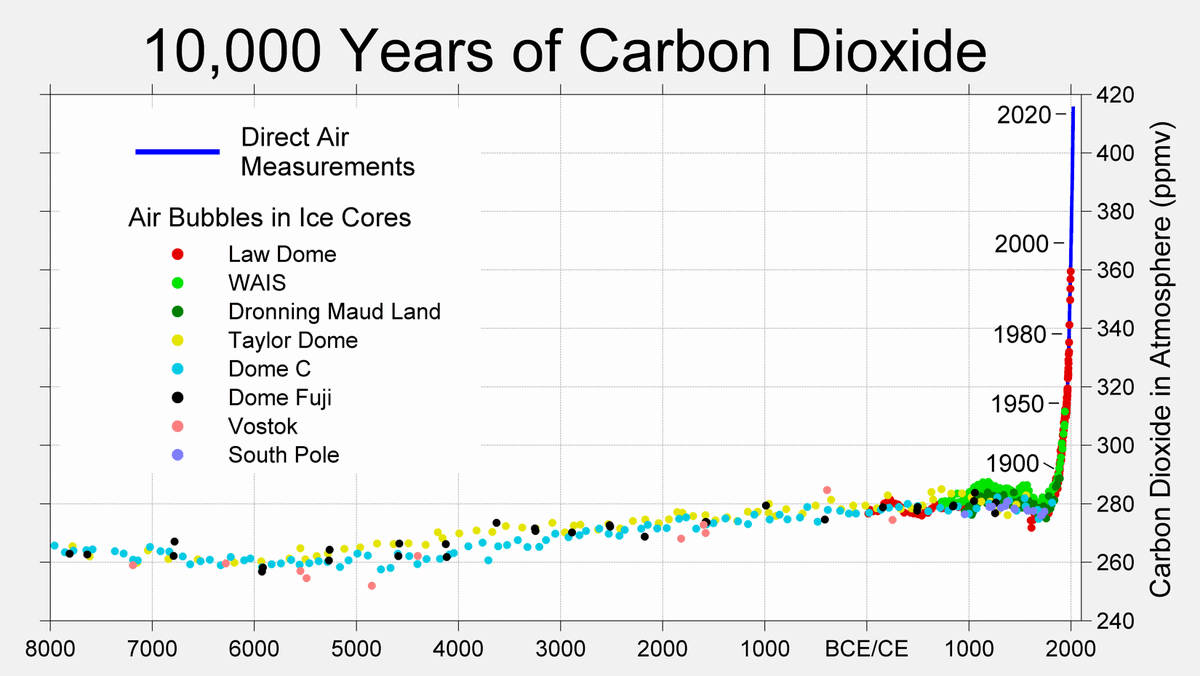 Lastly, it is important to realize that there is essentially no going back.

If humanity eventually manages to stop emitting greenhouse gases, then we will stabilize the climate.

However, whatever warming the Earth has gained by then will persist for many human lifetimes. 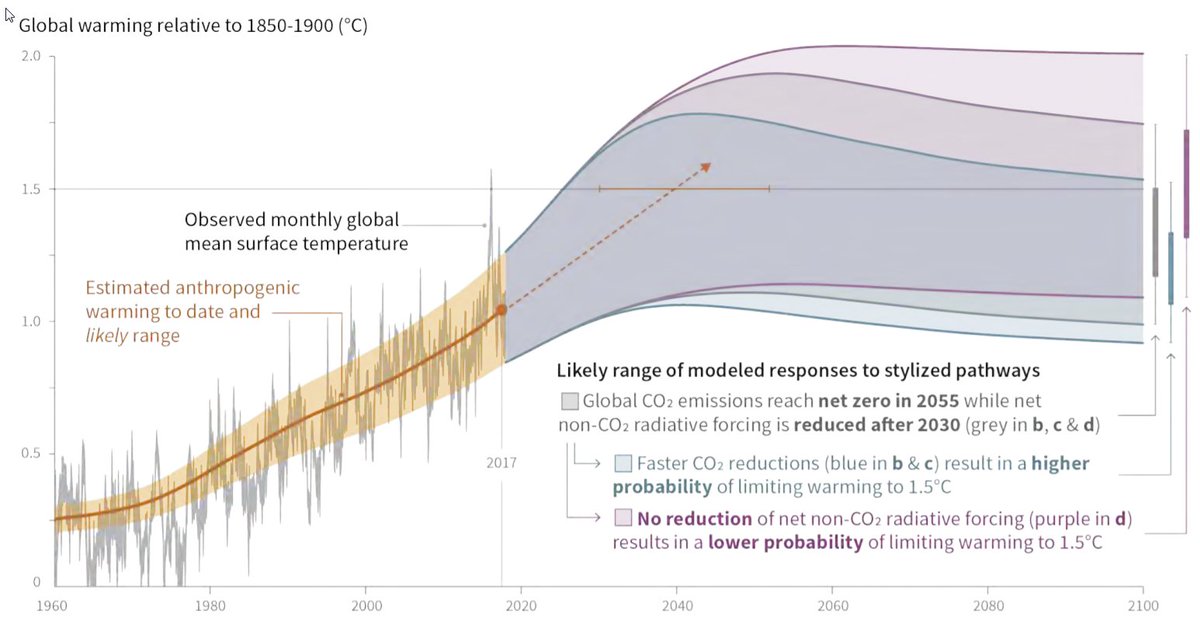