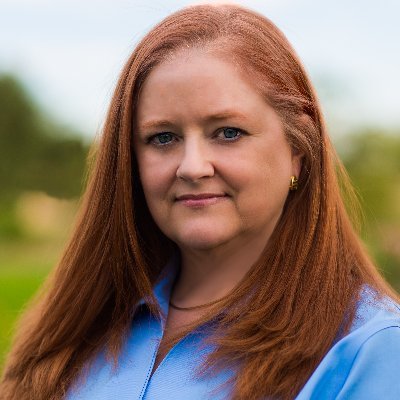 What is a Moorish Sovereign, and why does it matter? A thread.

Let's start with that second question first. It's been quite a bad couple of weeks for Moorish Sovereign news.

There was this guy, found guilty yesterday of second degree murder in Pennsylvania.

Of this group who tried to steal a woman's home in New Jersey using sovereign citizen techniques.

And of course, the event that prompted this thread, today's standoff with a Moorish militia in Massachusetts.

11 people in custody after hours-long armed standoff on I-95
https://apnews.com/article/armed-standoff-wakefield-massachusetts-9ee61b69ca96bb5ce212f56651f0dd11 …

There's a tangential story out of Florida involving a Black militia member who shot a cop in the head, drove to Georgia and was arrested in a tree house armed to the teeth.

I've been collecting these stories going back to the mid to late 1990s.

If you've followed me for a while, you're familiar with them. ADL & SPLC also monitor and report extensively on the group. Academia, for whatever reasons, mostly doesn't.

Press coverage is usually spotty, but today's standoff seems to be getting a lot of national-level traction.

The what, when, where, and how are all relatively straightforward.

They who and why is downright wackadoodle.

With two known exceptions in 25+ years, all Moorish sovereigns have been Black. Those two exceptions found stuff on the internet and were ... well, confused.

I think we'll be seeing a bunch of Native Americans espousing some but not all Moorish sovereign citizen beliefs via the "Land Back" movement.

The Moorish Sovereign movement is a rapidly growing group of people who believe that they belong to a sovereign nation that has a treaty with the US but otherwise operates outside of the federal and state laws.

This is a "salad bar" group, so different factions and leaders cobble together bits and pieces of from a variety of sources and craft their own legal theories.

The group that mostly informs the "Moorish" side of the equation is Moorish Science Temple, but most MST adherents are not sovereign citizens.

The groups that mostly shaped the sovereign believes was the Montana Freeman, but Moorish sovereigns are not white supremacists.

Let's take a look at an example of what I mean when I say "alternative history."

Many believe that Black Moors were the first settlers in what is now the United States. Some even say the slave ships were a fiction created by white historians to cover up their claim the land.

One group thinks that a mothership will come to earth in the near future to collect 144,000 chosen people (Moors) and return them to their home galaxy.

Some claim that the American Revolutionary War was fought between the Moorish Sons of Liberty and King George, that French nobility during the Medieval and Renaissance periods were black, as were George Washington and other pre-revolutionary war colonists.

Some believe that, just after the American Revolution, the new US gov signed a treaty with Morocco which exempts Moorish descendants from US law.

It's why the people engaged in this morning's standoff prominently displayed the Flag of Morocco.

They use alternative driver's licenses, passports, and other documents which they claim removes their from all federal and state jurisdiction.

Some subgroups have an Egyptian theme, some Moroccan, some Native American.

The Moorish movement is more than 100 years old. The merging of Moorish beliefs with sovereign citizen pseudo-law dates back to the late 1990s.

A spinoff of the Moorish Science Temple, a group called the United Nuwaubian Nation of Moors had settled in Putnam County, Georgia in the mid 1990s after run-ins with law enforcement in NJ and NY.

Their look went from cowboys to Native Americans to Egyptian, and they built a large Egyptian themed compound.

Their run-in with county officials came in the form of building permits. They didn't have any.

They'd built homes for 500 people, installed temples and a nightclub. When local police shut down the club in 1998, the group turned threatening. They cut open a dog and left it on an official's doorstep. They surrounded the sheriff's car and the courthouse with armed militants.

They told the sheriff that they were above all US laws.

This caught the eye of a couple of Montana Freemen who traveled to Georgia to teach sovereign citizen techniques to the Nuwaubians.

The group was finally shut down and the leader is currently serving a 135-year federal prison sentence for child molestation. He recently sued the government for $2 billion, claiming that he is exempt from US laws.  https://www.13wmaz.com/article/news/local/convicted-cult-leader-malachi-york-files-2-billion-lawsuit/93-623499810 …

When the group splintered after his arrest, the inhabitants returned to NY, NJ, Atlanta, and Philadelphia, taking the sovereign citizen legal techniques with them. From there, the theories spread through some Moorish Science Temple groups as well as through the prison system.

This is the website of the group that was arrested this morning.  http://www.riseofthemoors.org/

If you're familiar with sovereign citizens, much of this will look familiar.  http://www.riseofthemoors.org/exodus.html

If you're not familiar with sovereign citizens, here's an explainer I wrote in 2010.  http://www.seditionists.com/sovcitkane.pdf

The vast majority of Moorish Sovereigns are not violent, but I am concerned that their debt elimination schemes will spread with the upcoming post-COVID foreclosures.