52.02/ I'll see if I can write up a number of the divrei Torah I gave over Shabbas, but I can recommend this shiur from 2000 from my teacher Rav Reuven Taragin.

52.03/ Little known fact: lasagna wasn't invented for the #NineDays but I'm not sure I'd make it through without it.

As a kid, I wondered why Garfield went nuts over lasagna until I was told that it's supposed to have meat in it, and then I got it. Game changer, I'd imagine.

52.04/ Just in case you want to see a dog-whistle from the antisemitic side of the Left, here's a contextual comment and a QT about Cong. Tlaib elevating the voice of a terrorist leader who's accused of murdering civilians.

52.05/ Pete Alonso is a lot of fun and basically a young oaf, but the first thing out of his mouth after he won the #HRDerby should have been thanking his BP pitcher Dave Jauss whose skill made his achievement possible.

52.06/ This is a great conversation about academia culture that veered into a Bill Murray overlay. (BTW, I'm the suit. Dark suit, no tie).

52.07/ It's very hard for me to avoid listening to music during the 9 Days so I'm experimenting with listening only to the Beatles but only Ringo Starr songs. "Act Naturally" is on right now and there's no perceptual enjoyment on my part.

52.08/ Great observation. And the subtext for why they treat TFG different from Sec. Clinton is a single reason: because against all ethical, moral, and cultural standards he's given legitimacy and she is not. And they fear/respect his crazed followers.

52.09/ A literal helicopter has landed in the High School field. We share a fence with this field. It is a sound I haven't heard in a long time, especially unexpectedly.

52.10/ @emrazz is right, as usual. There's a war on women. Abortion is healthcare but it's framed as a religious issue and that makes this a "holy war" in the worst way.

IMO, ignore rhetoric about fetuses, b/c this is about violent control of women.

52.11/ I can never tell the difference among the random magazines that whitewash horrible ideas with pseudo-intellectual language, but this article sounds depraved. Which means it's the very center of the bell-curve for these ogres.

52.13/ It's so hard to tell with these advanced wackadoodle grifter RedHats when they're authentic stupid, or crazy, or playing a part. But Garrison's windmill obsession may be the center of the black hole.
See:

You know how I'm constantly trying to fix things and make life better for people?

52.15/ I cleaned up the language on this meme, h/t to @SergeantSmilo for the original, but it's almost a humor litmus test. I showed it to some people who found it merely droll while I knew immediately that it would be a personal running joke for the rest of my life. 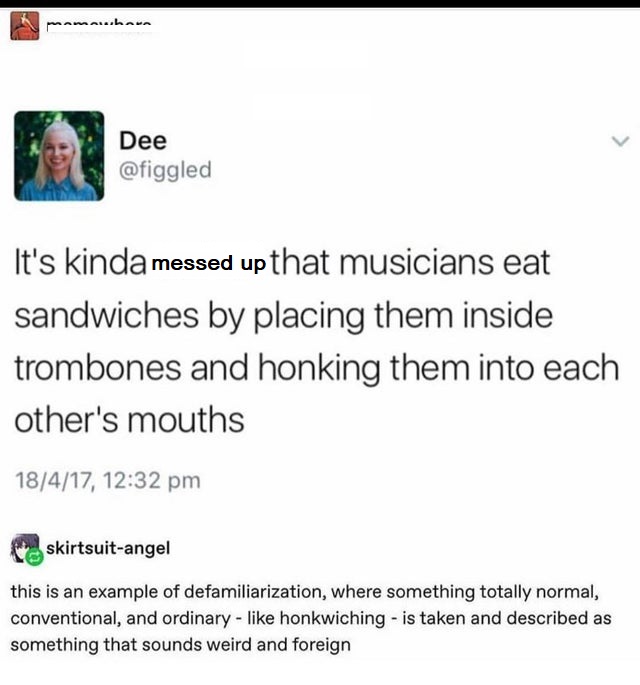 52.16/ Based on a question from @clapifyoulikeme here are links that establish that Republican voters don't believe what their party actually stands for because it's over-the-top evil:

This is actual 'canceling' and ironically it's against culture.

52.18/ The GOP is a death cult. As a historian, this gives me insight into many moments in history.

In terms of halakha, this is the nexus between avoda-zara & shefichat damim (idol worship & murder): venerating falsehood leads to brutality & death.
https://www.kff.org/?p=527346

52.19/ *ucker C*rlson is pretty depraved. He's scary and not in a way that he'd like. Scary like Chernobyl... just a rotten, human-made wasteland.

52.20/ Three things: (1) This is what I assumed would happen and did happen in real time; (2) how on earth is it ethical to sit on this story for months?! & (3) I'll actually believe it when Milley states all this under oath. Which he must, ASAP.

52.22/ Ah, the sweet tang of misogynoir, lining up a string of nonsense to try to take down the VP. BTW, preferring the Pilot Precise V7 Roller Ball is a sign of intelligence & good judgement (I prefer the Pilot G-2 retractable).

52.23/ While part of me hankers to fleet once, now that their days are coming to an end, but another part is proud to never even attempt to do something that sounded like the social-networking equivalent of NFTs (trend-chasing)

52.24/ Like the revelation that the chairman of the joint chiefs had to actively prevent a coup, the news that world leader took turns manipulating the TFG's pinball machine of a mind is unsurprising, logical, and yet terrifying.

52.26/ Disney having secret police is early-70s sci-fi dystopia territory. Then again, they have autonomous territory in Florida they acquired with ex-CIA agents, so, uh, yeah.
See:  http://www.thedailybeast.com/articles/2013/04/14/how-the-cia-helped-disney-conquer-florida.html …

IMO the fall of the Hillbilly Whisperer is the center-right version of the fall of GlemG: a guy seemed to be an ideological hero/avatar but turns out to be a grubby grifter (which was obvious to everyone else)

52.28/ Much truth in this:
"You can safely assume that you've created God in your own image when it turns out that God hates all the same people you do." by @ANNELAMOTT

52.29/ PSA from a person with a fully-functioning sense of empathy: please refrain from delving into horrible, nauseating detail when describing #Eicha or the #Kinot. I get that your goal is to create empathy in those who lack it, but it doesn't work for them and traumatizes us.

52.30/ Fascinating; I hadn't heard of the "Overview Effect" before and there's a lot for me to unpack about the psychology behind it, as well as lessons for humility and empathy.

52.31/ I'm going through old threads I've missed and saw this line. Thankfully, I have witnesses that I've been saying this for years - my kids know it as my standard refrain. Glad to see it stated matter-of-factly out in the wild.

Also, this quote from Yoda should have been an early indication that his wisdom was nonsense, the Jedi are lawful-neutral doorstops, and they get drawn to the Dark Side as easy as banana split because they have no solid moral grounding.

52.33/ As a former shul rabbi, I have many ecclesiastical questions - and a healthy dose of envy - about this detail from this story:
"He also donated eight balls for a nearby church to use in a bowling ball cannon at a pig roast."
https://uw-media.usatoday.com/story/news/nation/2021/07/11/michigan-bowling-ball-home-renovation-discovery/7933631002/ …

52.34/ While I don't shy from criticizing important historical figures, like Einstein's treatment of women & other animosities, I'm glad to laud the mitzvot he did like his support for HBCUs & the plight of African Americans.
https://www.cfhu.org/news/the-little-known-einstein-an-ardent-defender-of-black-americans-against-racism/ …

Also, as alluded to in 52.21, the key to respect is to treat individuals as people not as representatives of categories.

52.36/ I'm finishing Shabbos cooking and trying to go to an earlier minyan, so might as well end the thread now.

Easy fast for #TishaBAv everyone. May it be transformed to a holiday soon. #ShabbatShalom