55.02/ I have no idea (yet?) how to handle this case brought up by @AnaMardoll and I think I need to because I can envision needing a solution IRL.

(Note, it also illustrates why conservatives were so afraid of D&D: it allows kids to broaden their worlds)

55.03/ As I've gotten older I've come to view this mishnah from Avot as more & more central to both practical & ideal wisdom. Especially for the internet.

55.04/ Very good thread about how to understand what it means to be a celebrity, especially this point. It corroborates my observations about those with any form of self-made wealth, whether it's in money or fame: a ruthless devotion to themselves.

55.05/ Yes, we made a deal & I'm furious at the anti-vaxxers (not unvax because we've failed many of them vis-a-vis access).

But people seem to ignore is that the #Delta is like a new disease! The earlier deal is irrelevant because the *virus changed*.

55.06/ One probable reason why marginalized people are overrepresented in art, journalism & academia is from their need to live in multiple worlds at once, requiring constant defensive analysis while recognizing the majority's narrative has been constructed & can be contradicted.

55.07/ This is true and part of my whole analysis of #Literalist thinking

55.08/ Lived in both "Red" & "Blue" areas and people there are not homogenous. Moreover, those who'd be mild adherents to the opposite ideology can get extreme b/c of intimate association with their opposites. It gets dark. And personal. Like how Mets fans feel about the Yankees.

55.09/ The genocidal monsters in the GOP perverted "herd immunity" to mean "let 'em all die" but it's a real concept and it's at work in protecting the unvaccinated. See this thread about the rates of infection among kids.

55.11/ Excellent comparison and metaphor. I agree on both accounts.

[BTW, this holds true for the pulpit in a synagogue. Probably for the same reason. I used to say that for a surprising number of people "the pulpit is like heroin" - they couldn't get enough]

55.15/ Don't live in NY but I am a proud, lifelong Democrat so he's in my 'camp' & I heartedly endorse, nay demand, that Cuomo be jettisoned from office. He got due process. He's clearly guilty. Yeet the abusive slimeball to the curb. #CuomosGottaGo

55.16/ Been sitting on this piece of #Torah trivia too long.

Q: Which one of the spies was related to a Prince?
A: Joshua was grandson of Elishama ben Amihud.

55.17a/ OK, so my son discovered a spider in our house that's, quite frankly, massive. Don't know what kind it is. It doesn't help that last night we both watched "Aliens" and our general attitude towards any invasive species is this scene:

55.17b/ Here's the critter, for anyone who wants to help identify it. We're opting to use Ripley's Pulse Rifle if we can find one in NJ.
https://avp.fandom.com/wiki/Ripley%27s_Pulse_Rifle … 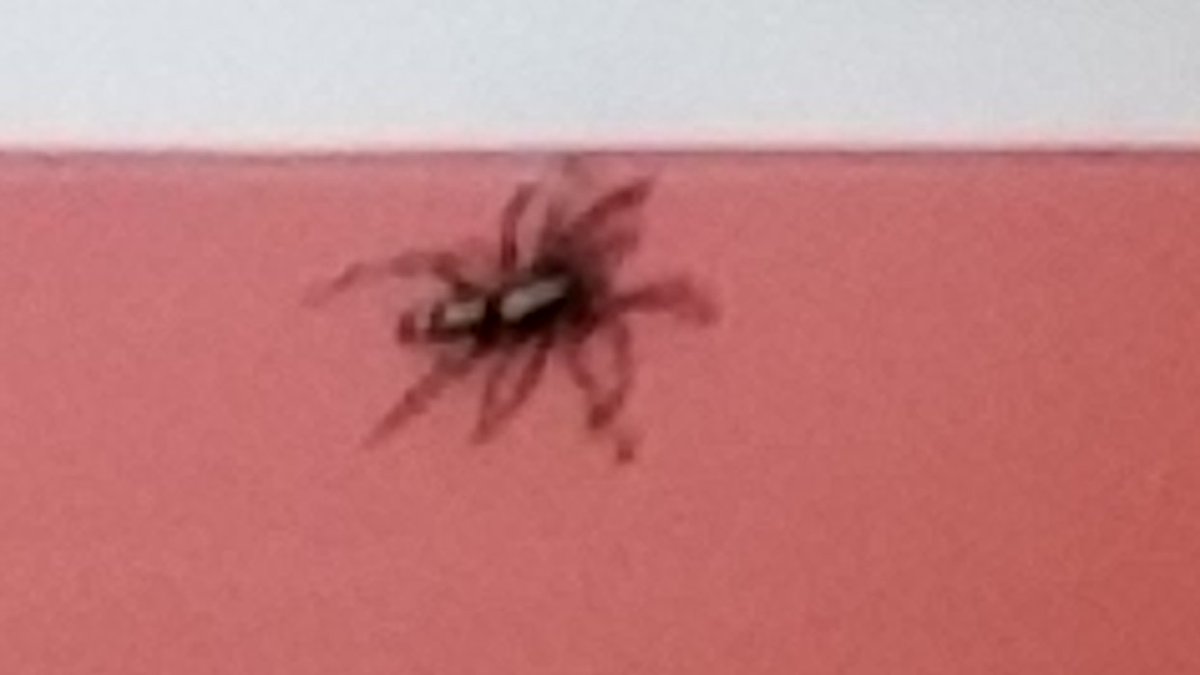 55.18/ A thread I've redacted containing advice about how to prepare for enduring a bout with COVID19, via the replies to an @AnaMardoll question.

55.19/ This bonkers tweet is making the rounds because the array of weapons is dumbfounding.

But their follow-up is also striking; that these could all go in checked bags but were just abandoned?! 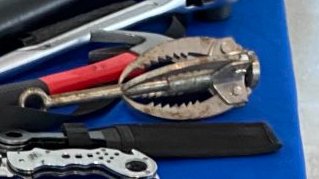 55.20/ For your reading convenience (& to facilitate RT/printing) a collection of comments: this of solipsistic Dunning-Kruger-ites telling authors that they don't know their own work:

55.21/ This is very well stated & I agree with the sentiments: in sum (1) someone's optimism isn't an invitation for your pessimism, (2) unless invited, it's rude (or worse) to try to change someone else's mind, (3) if you disagree, who cares, keep moving.

55.22/ Will definitely defer questions of military ethics to those with experience, like Senior Chief Nance here:

55.23/ @Yair_Rosenberg is a daily, must-read for me and he's out with the first episode of a new series explaining antisemitism. And it really does need to be explained, as I'm finding out locally (looking at you, Rutgers).

55.24/ I think this is right: it's about using force to make others follow your ideology. If there's a difference, the Browns' goal is to force submission for their own good & enact hierarchy while the Reds' goal is for "your" own good & enact equality.

55.25/ From last night, August 4th, Happy Anniversary to all who celebrate.

55.26/ Agree 100% and this concept has informed my research and consultancy for as long as I've been in professional life. It's an iron rule: predators actively seek out the domains of their prey and patriarchal systems open the door & then refuse to look.

55.28/ Good thread & I agree with her that while we can't discount the bad-faith use of the rhetoric (see: 'herd immunity' twisted by them to mean 'passive genocide') these people do believe in full bodily autonomy but only for the 'elect' i.e. not women.

55.29/ This is really a great video by @drewcomments about why he got vaccinated. I requested captions (below) but he speaks so fast that they aren't completely accurate. (h/t @jaesofamous)

Given that it was the first hit with RISP the Mets have gotten this epoch, I especially appreciate the term. #LGM

55.31/ As a sports fan I don't expect to win a championship that often. But I can at least hope that when we lose humiliatingly, it won't be the same problem every year! #Mets leave a billion guys on base, #Steelers lose to bad teams on the road. At least mix it up guys!

55.32/ This line, which @Craftmancy uses sarcastically to criticize an attitude I deride as well, is the #Literalist condition in a nutshell. It's why I think their egotistical solipsism is neurological: Things only exist the second they learn about them.

55.33/ It's a nice familiar feeling seeing the #BlackAndYellow vs. the Cowboys, seeing all the greats getting into the #NFLHallofFame, and involuntarily - and repeatedly - yelling at the screen for Joe Buck to just shut up already. Why is he still on TV?! #HereWeGo

55.35/ Why on earth would Coke Zero change their flavor?! Speaking as a GenXer who lived through the utter debacle of New Coke, this is "land war in Asia"/"Russia in Winter" level hubris-filled preventable disaster.

55.36/ This is excellent news of an #Aguna gaining her freedom! I'm a proud student of Rabbi Riskin and Ohr Torah Stone, and it's great to see them championing the rights of women in halakha.

55.37/ In, like, the 1960s they discovered the concept of "We're not all the same so stop treating us, studying us, and forcing us to be all alike" and it's *still* controversial.

55.39/ This really needs to be better known & become conventional wisdom. Hurting the people who love them or are otherwise under their power must be seen as a surface sign of a deep capability for destruction. Oh the price we pay for cultural misogyny!
https://www.theguardian.com/commentisfree/2021/aug/05/many-terrorists-abuse-women-research-extremist-attackers-violent-misogyny …

55.40/ Condolences to the family of Nach Waxman a'h whose funeral I (zoom) attended this morning. He lived the dream of all anthropologists: teaching others by opening a respected/renowned bookstore about his interests. ת.נ.צ.ב.ה.
https://www.grubstreet.com/2021/08/kitchen-arts-and-letters-nach-waxman-has-died.html …

55.41/ I wanted to write about this point, the "Final Destination Syndrome," but I didn't have time so I'm bookmarking it here.

55.42a/ Another topic I wanted to write about, prison as slavery via Dr. Taber, who is a really great follow.

Once you learn about the 13th Amendment slavery loophole, so many things become clearer.

55.42b/ Following people like Dr. Taber is a fulfillment of my adage to seek out the teacher, not the topic. I've learned so much about areas I didn't know I'd be interested in.

For example, this thread is making the rounds about *tree* misinformation.

55.43/ Same for me as a sociologist of health (& in general as an ethicist & social theorist): so much data about how society can collapse in the face of a preventable health disaster! And when you add apocalyptic cults right out of Second Temple times...

55.45/ Shabbat is coming (and we're so happy) so I'll stop the thread here. #ShabbatShalom everyone. Stay safe, .