Several academics voice concerns on Sino-Foreign JVs in this article.

For anyone interested in reading more on the regulatory background, see my chapter on CFCRS here.

It’s 2016 chapter, so slightly outdated in terms of figures

This THES article focuses on issues at two Sino-British JVs.

An important clarification to be made here: branch campuses do not exist in China 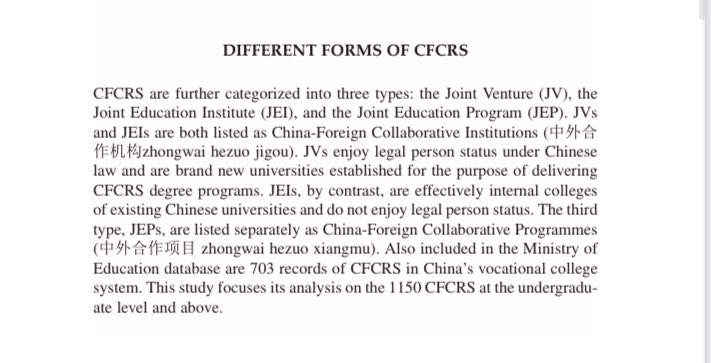 In JVs, there is a general distinction on the contribution of the parent Chinese and foreign unis to the newly established JV university. 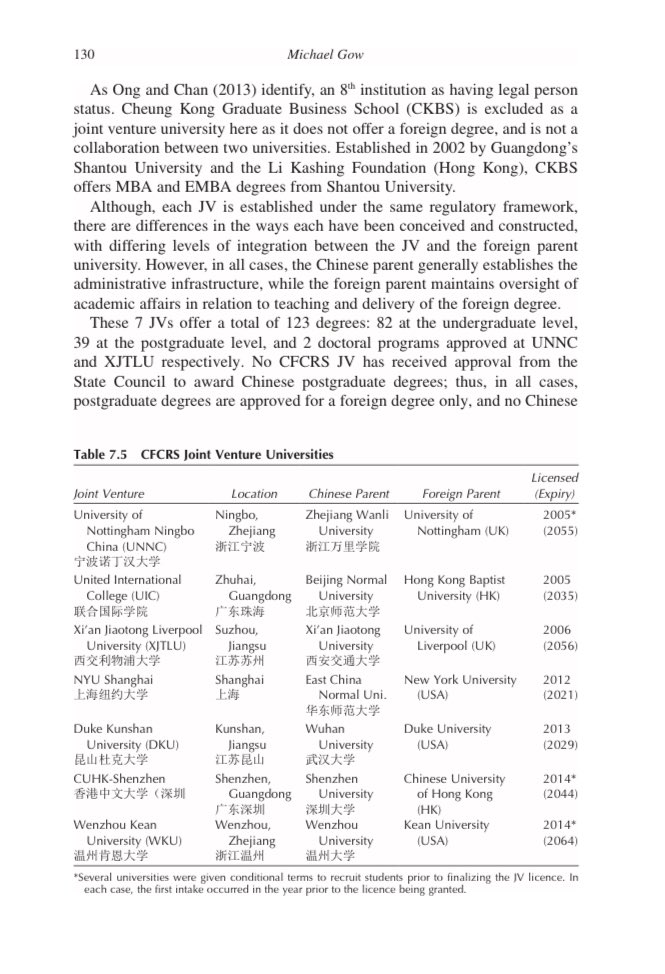 What this chapter doesn’t address is how this affects foreign faculty.

Many believe they’re working for the foreign university. But in most cases (unless they are existing faculty/staff seconded to China) they are wholly employed by the JV.

So if you have a dispute, the foreign partner will insist that you are not there employee unless on secondment.

They are not going to get involved or help you in any way.

On the JV side, as an employee you’ll have a contract with the JV (not either parent university). You are employed as a foreign expert.

This case is arguably the most troubling, but there are a couple of points here. 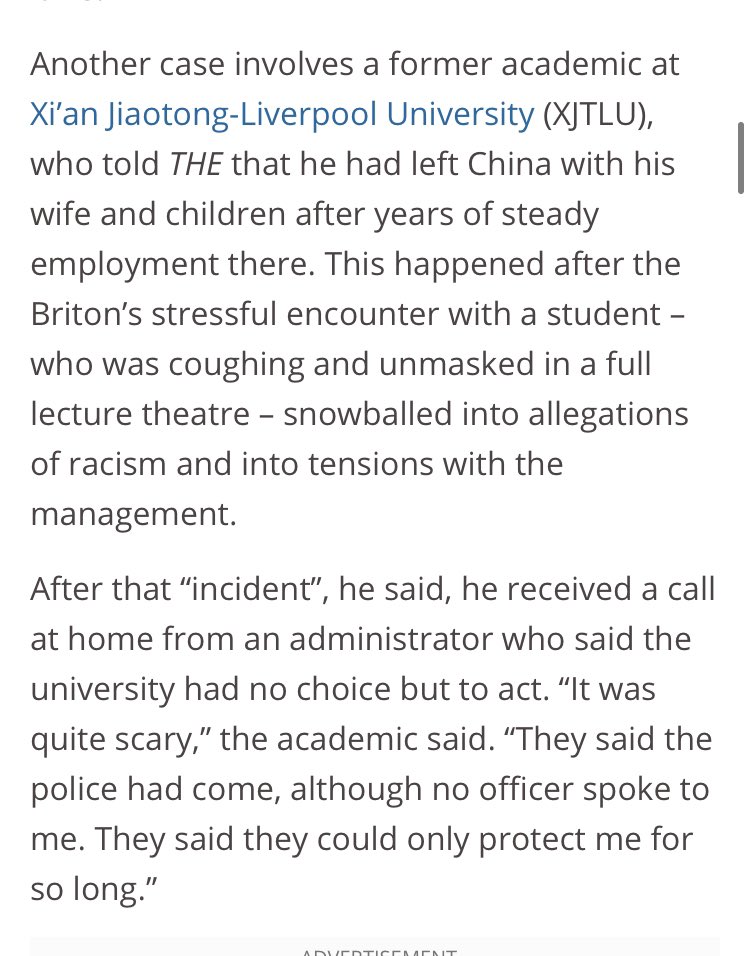 1. In any situation where PSB become involved, it is inevitable that HR will offer no help whatsoever. Quite the opposite.

2. While firing someone like this is appalling, if there is any truth in the PSB threatening prosecution - then dismissal prevented detention/prosecution

3. Chinese Universities (including JVs) have zero influence over the PSB and cannot help you once detained.

4. This is not new nor is it an isolated case. But those who have problems don’t talk about their experiences because they need to reconstruct their lives, reunite their families, and recover from the emotional and financial trauma.

5. It doesn’t matter what the legal issue is - you can pretty much count on your employer to abandon you

In fact, it’s standard practice in China to be fired for being investigated by PSB and often included as a clause in Labor Contracts. Before any formal charges are even laid

6. In this case, expect that either the university protected it’s own position by firing the member of staff and did so as PSB would investigate if they did not (it was an *out* offered by the PSB to the uni to save face), or….

….the uni genuinely wanted to protect this member of staff (which I doubt very much)

Either way, this was the best case scenario for him and his family if the threat of PSB investigation was real.

So the takeaway is: don’t be under any illusions. A Sino-Foreign JV is a *Chinese* university and will protect its own interests regardless of how it impacts you.

If you get into *any* trouble, it is your problem and you will be on your own.