So, in my amateur explorations into the 'Dark Age' Alamanni peoples of Southern Germany, I think I've found the first metalhead in history.

In 2001, during building of an underground carpark in Trossingen, on the south-eastern edge of the Black Forest, a grave was found. It dated from the sixth century and contained the body of a man, and associated grave goods. 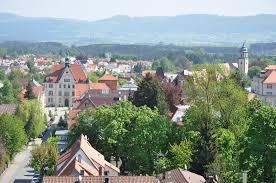 Contained in the 'death bed' along with the body of the man, was a lyre and a wooden flask. 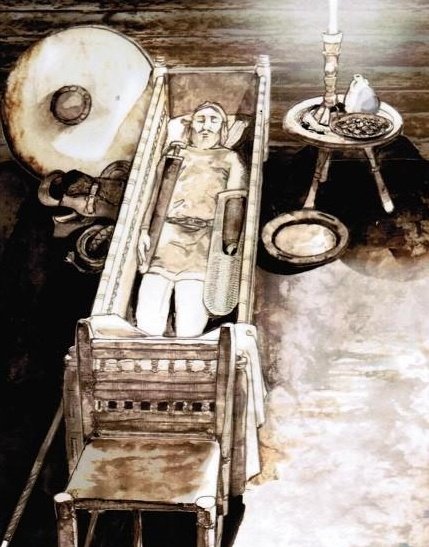 The lyre was constructed from maple, clue, gut strings and nails.

The original is in the hands of the state archaeological department of the state of Baden-Württenberg, but a near perfect replica is in @ALMkonstanz

It is held in the lap, and strummed with the other hand.

Wanna hear how the 'Trossinger Leier' sounded? Well, thanks to Armorsmith Music on YouTube, here's a cool video that gives you a fair idea.

So, obviously a musician.

This cleaned up reconstruction shows you the decoration of the lyre - tooled up soldiers with helmets, swords and shields facing one another.

Along with the lyre, a wooden flask was found, as I mentioned.

Luckily, we know exactly what it contained. 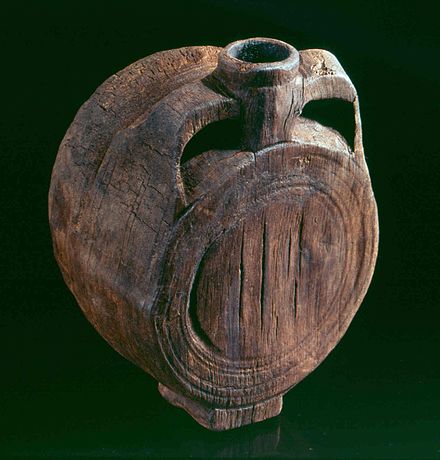 Chemical analysis on traces on the interior of the flask showed that it onced contained beer, brewed by barley and hops.

In fact, it may be the earliest physical evidence of hops being used in beer production found to date.

So, what do we have - a dude, buried with a musical instrument that was decorated with badass warriors about to go war.

Next to him, a flask containing a delicious, hoppy beer (according to the brave scientists who tried reconstructing it).

C'mon, had to be a metalhead.

...and this is why they don't let me be on archaeological digs. /FIN