Telescope needed some dusting off, it has been a few months, but my setup still works!

My goal for this weekend is to do at least a 24-hour consecutive run so I can get a nice plot of the intersections with the galactic plane and prove it all lines up with expectations and everything is nicely calibrated.

This is a gif showing the change in the signal over the last 2 hours (calibrated to the first couple of observations which should have been at relatively cold sky).

You can see the signal around the hydrogen line (1420.4mhz) starting to grow as the galaxy moves above.

Here is the last gif as a single image. Each line represents a 60 second averaging sample.

My telescope is a home-made pyramidal horn antenna pointed at local zenith so the galactic plane will cross it twice over a 24 hour period.

While hydrogen emits electromagnetic radiation at 1420.405.. Mhz the reason we see signal spread across the sample is because of redshifted and blueshifted signal from different parts of our rotating, spiral galaxy.

I just think that is amazingly cool.

Since I tested this setup out earlier in the summer I've upgraded the LNA and the sdr and it definitely seems to be paying off in terms of the lack of lower noise floor.

The galactic plane will cross zenith at around midnight (~100 minutes) and I'll be staying up until at least then, so if you have questions on this, or anything else feel free to ask I've got nothing to do other than tinker with scripts and wait. 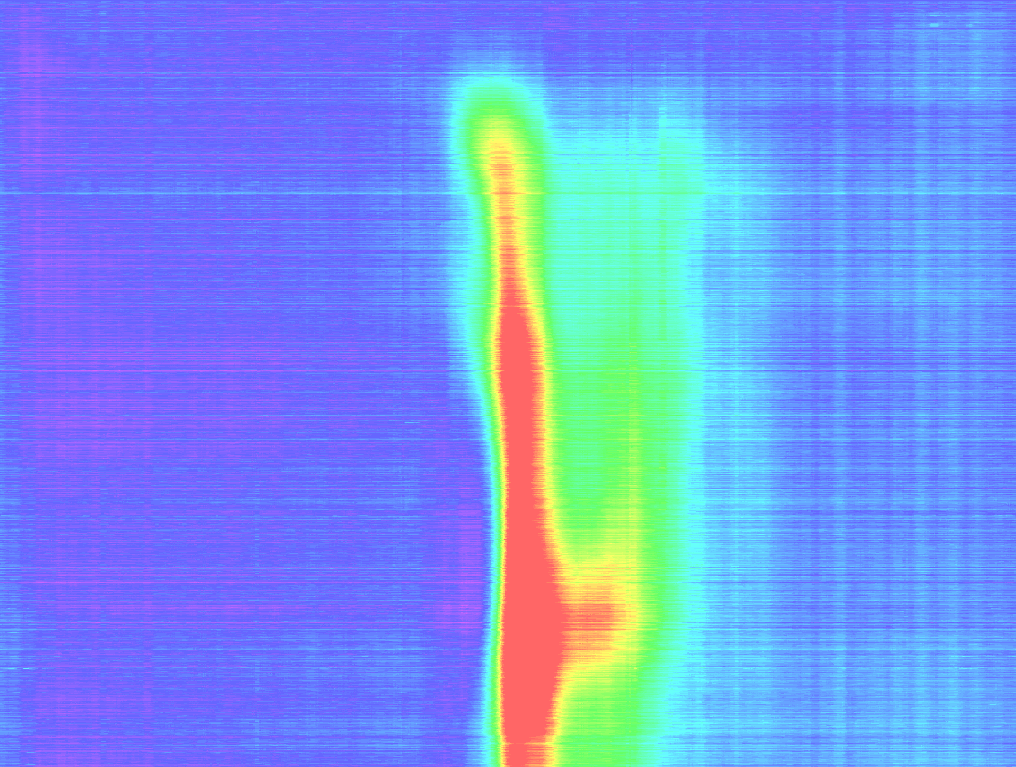 Taking a stab at visualizing what I have so far in galactic coordinates. Roughly more colour = more hydrogen. And here is the most recent spectrum plot, you can clearly see the period where Perseus crossed resulting in 2 nice peaks. 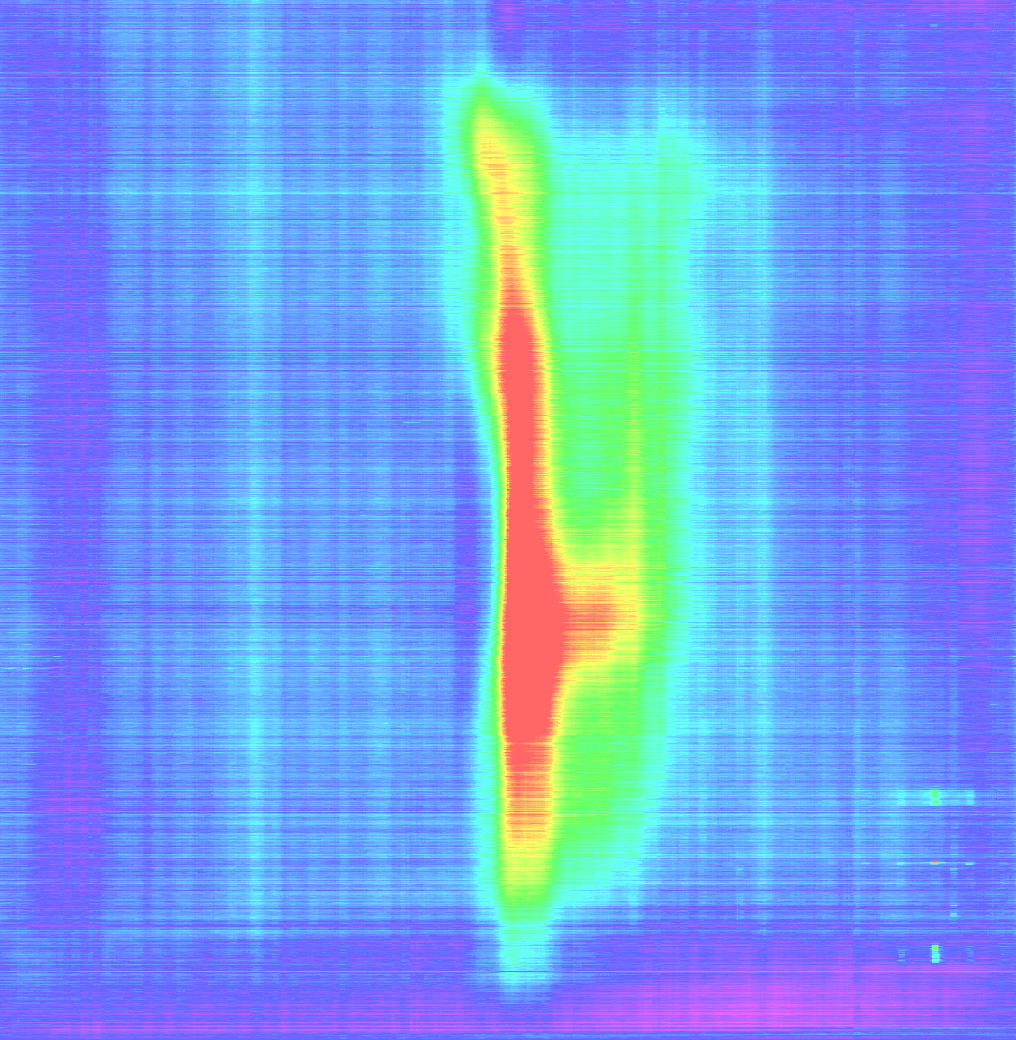 22 hours in, and not much change as we are well within quiet skies as far as sources that this telescope can pick up. Ridiculously happy with this run. 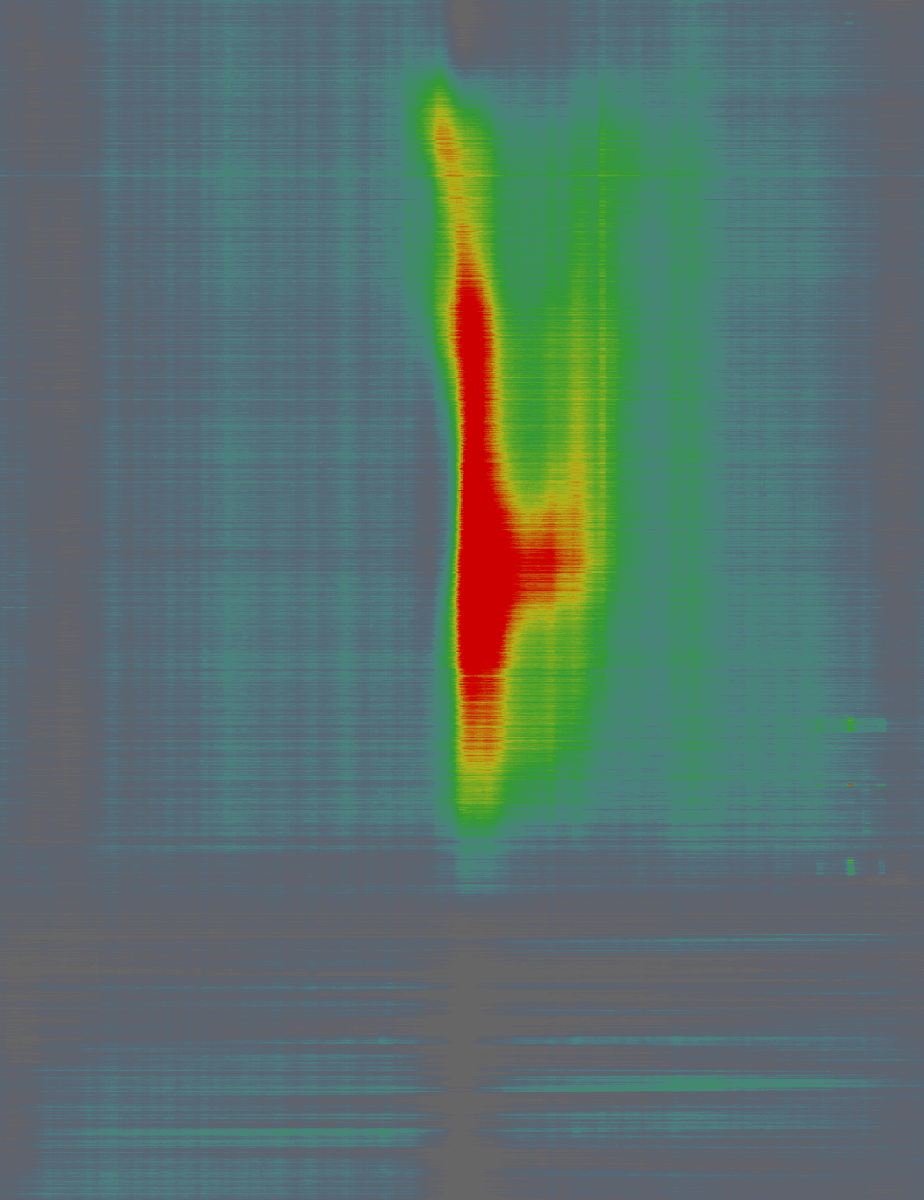 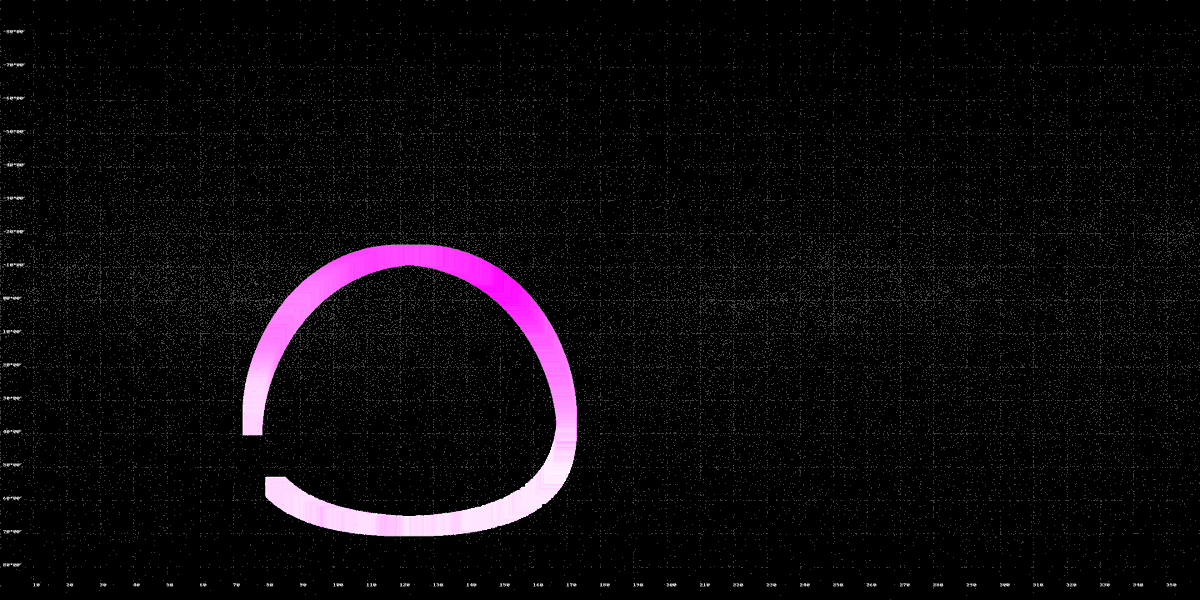 I think once this run is complete I will kick off another with a longer integration period as 60s is towards the low-end given the size of my telescope and I would like to get an idea how of the trade-offs there.