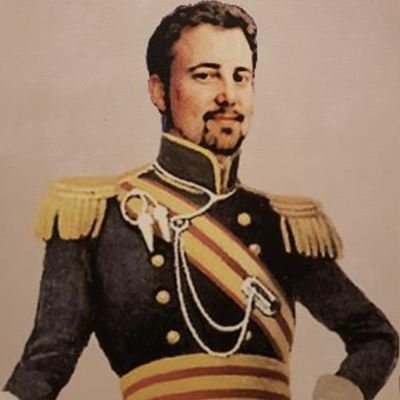 The most important thread your read today on the size & scale of the fight we are in, and how we win it.

The last 16 months are all because the logic of control by governments is changing in a digital world. A thread to completely understand why and how.
🧵1/18

The third industrial revolution in the late 1400s moved people from Agriculture to Industry. In doing so the Church and Feudal Lord lost all their power, today the Lord and Bishop are shadows of their former might.
Today the Politician & Banker face the same threat.

The digital world simply don’t require the what politicians offer. Crypto requires nothing from big banking elites.
They are the most powerful & ruthless people on earth. Meet every year in Davos and they see all this coming.
Did you think they were going to just watch?
🧵3/18

How long have this been obvious to those looking?
Let me recommend one of the best books ever written: The Sovereign Individual (1997) by James Dale Davidson and Lord William Rees-Mogg.
This book is remarkable. You won’t believe what they got right, you really won’t!
🧵4/18 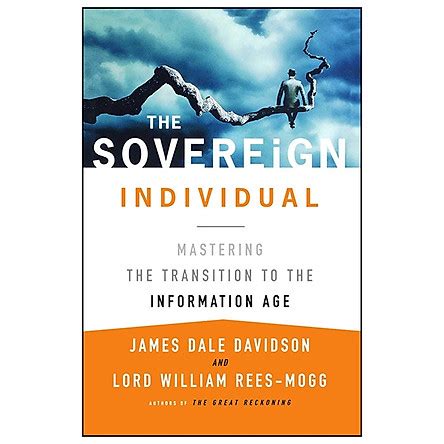 Just as a warm-up they predicted the success of bitcoin, over 10 years before it was invented. But actually the focus of the book was on how the Nation State for so many reasons was about to become obsolete. And nations would panic to retain their power.
🧵5/18 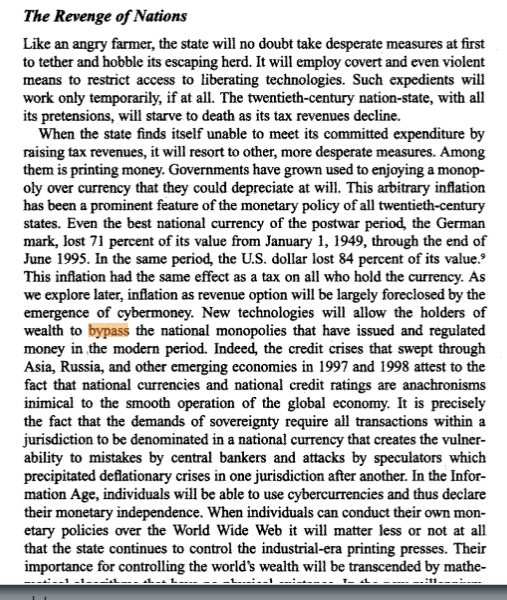 In 1997 they predicted that Nation States would fake a pandemic in order to shut down international travel!

This was because in a digital age people would simply abandon high tax states for low tax states. If you’re wfh anyway, why not do it somewhere cheap and nice?
🧵6/18 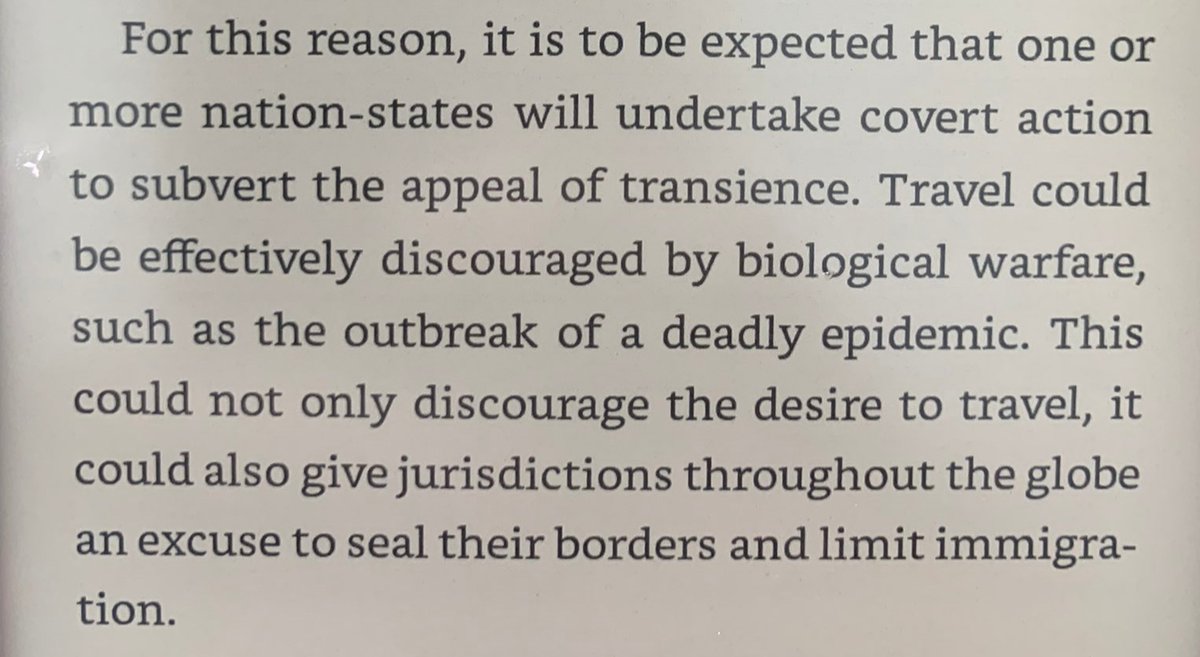 Ultimately their message good. Nation States are as doomed as the Feudal Lord and Bishop of 1490.
But this man also had the vision to see what Davidson & Mogg saw, he has dedicated the last 20 years to warning the Politicians & Bankers of what was coming for them.
🧵7/18 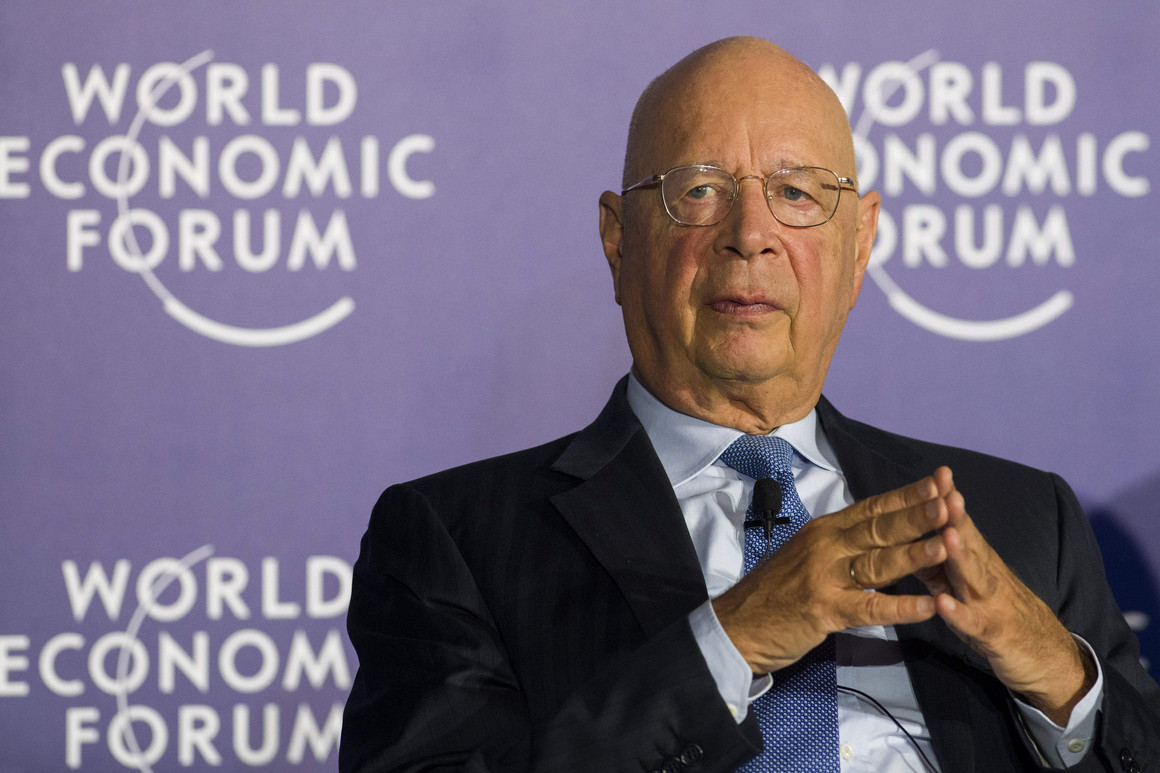 He regularly speaks about the forth industrial revolution.

You see Klaus used to talk about the fourth industrial revolution as a THREAT. To whom?? - given he said it to the people who attend Davos, you can draw your own conclusions.
🧵8/18

But in June of 2020 he suddenly saw opportunity. In a book he apparently managed to research, write and publish in just a couple of weeks.
Any author would be impressed with that speed. Well, unless it had been written much earlier??
🧵9/18 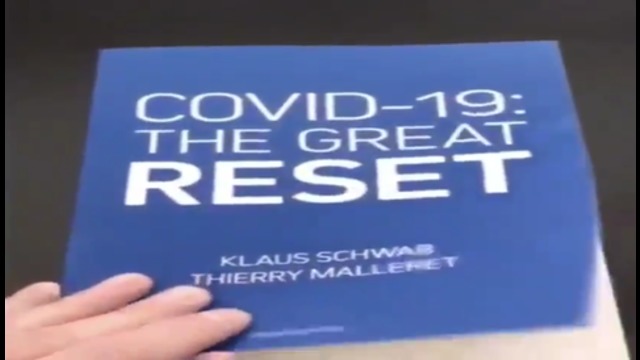 I recommend my next source, a truly impressive article written by Fabio Vighi is Professor of Critical Theory and Italian at Cardiff University. I STRONGLY recommend you read this:  http://thephilosophicalsalon.com/a-self-fulfilling-prophecy-systemic-collapse-and-pandemic-simulation/ …
🧵10/18

Fabio discussed everything I did in my viral tweet threat about the planned economic collapse, but also developed a key point I had missed - Why the lockdowns to destroy small businesses were so necessary.
🧵11/18

Essentially they needed to print vast amounts of money to save the banks, but had to also crush the real economy to prevent all that new money triggering hyperinflation too early.
🧵12/18

Okay last few points now. Why is the world rushing into a collapse of the money, why is debt soaring? Final Source, Jeff Booth and Price of Tomorrow:  https://read.amazon.co.uk/kp/embed?asin=B08334WFSQ&preview=newtab&linkCode=kpe&ref_=cm_sw_r_kb_dp_FQC0BPQHB8T35FTFDY0G …
🧵13/18

It explains why technology is very deflationary. Take photos, their now free, 100% deflation.

Digital is about to do that to huge sections of the economy. Consider AI & Robotics & Mass 3D printing - played to their logical outcome. Deflationary hardly covers it!
🧵14/18

Compare that to the $185 Trillion in debt that was added in the last 20 years to create just $46 Trillion of GDP growth. Now remember that politicians & bankers need constant money supply growth or their paper money system collapses, and them with it.
🧵15/18

Here is the takeaway point. The politicians & bankers are in a VERY DESPERATE struggle for their survival. They are on the verge of obsolescence and they know it!

They have a short window to enslave us before we realise we can simply shrug them off. 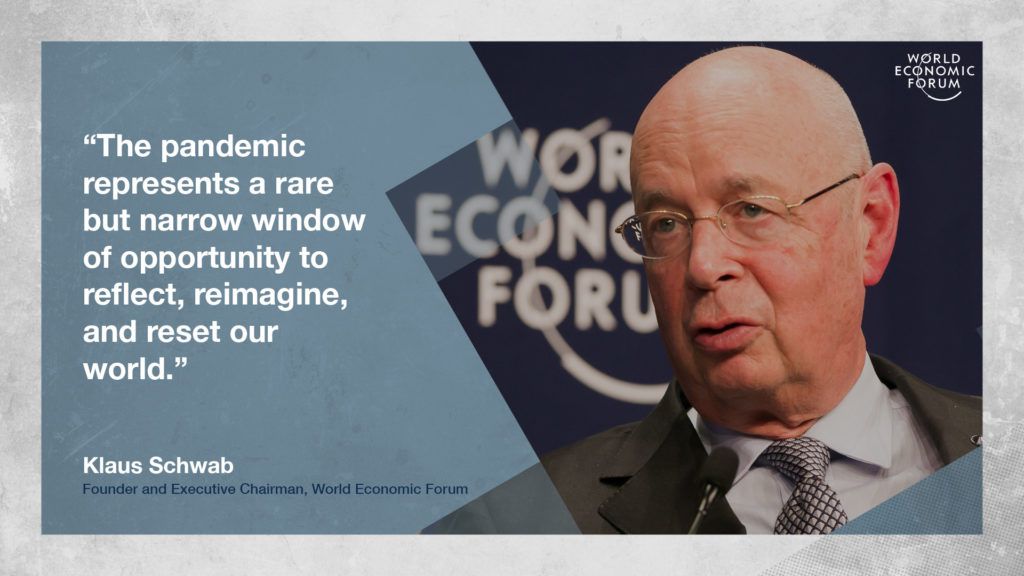 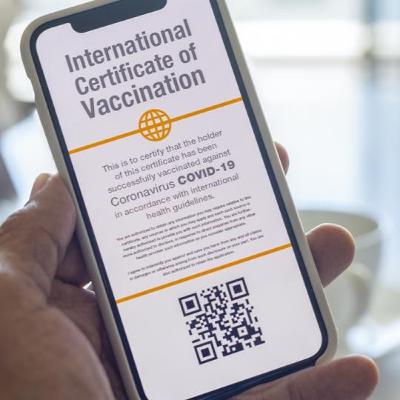 Now and for the next few years we are an epic battle that the normies don’t even know is happening.

At the end of it we either leave the Big State/Banks as a relic or it will be our freedom that will be a relic of history.

I discussed these issues here with @JamesDelingpole

Also thanks to @timfprice for alerting me to the Fabio article.

You can find me on his excellent podcast shortly:  https://podcasts.apple.com/gb/podcast/state-of-the-markets/id1301360737 …